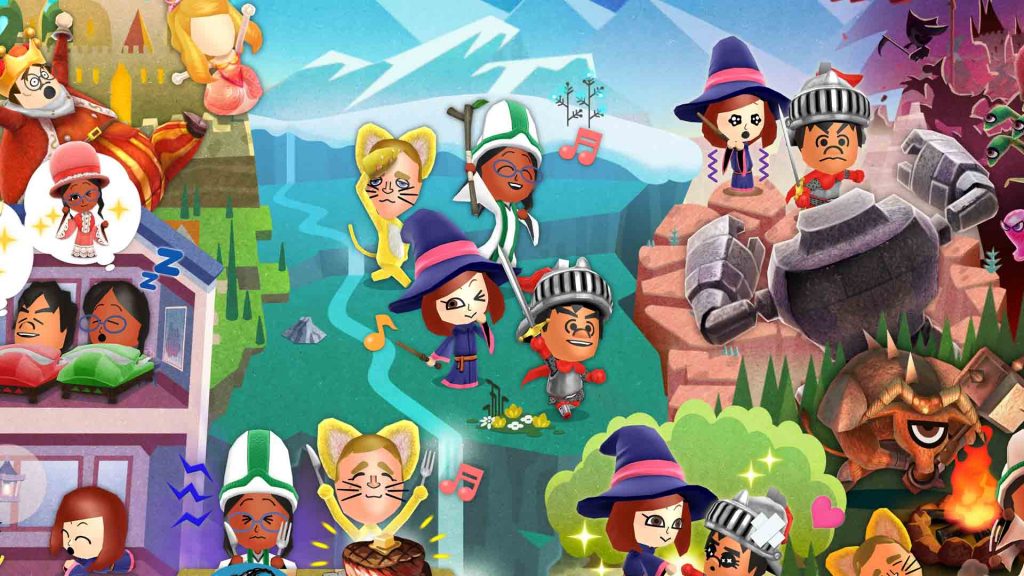 Jaxson Tapp — aspiring playwright and studious seeker for the Mii-ning of life — spent the last week voyaging through Miitopia’s faceless lands alongside a merry band of Nintendo Wire’s mightiest heroes. Find out if this lighthearted role-playing romp’s demo audition is worth a callback in our full review. 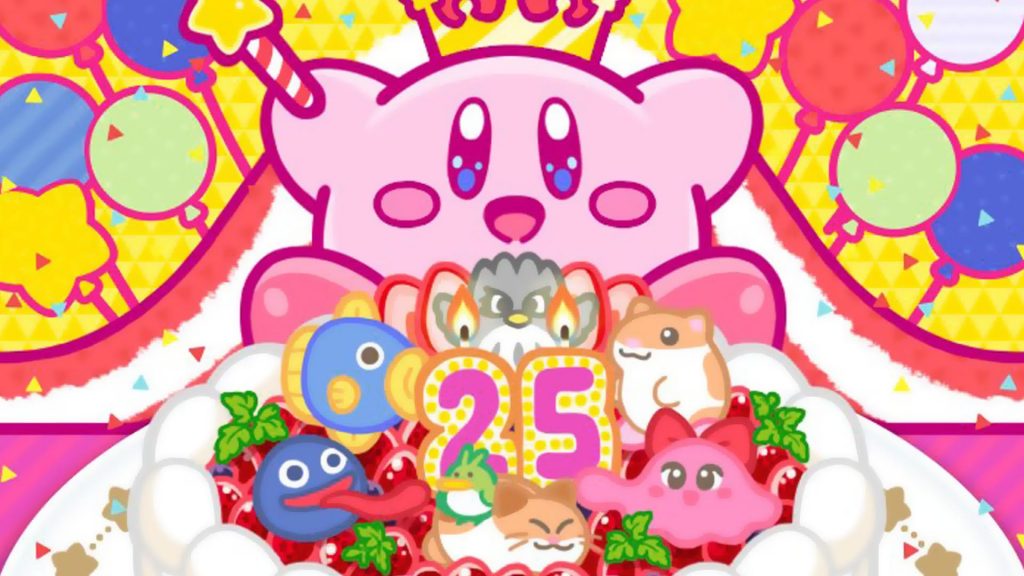 Hold onto your Star Rods, Kirby fans: This month marks the 25th anniversary of the ever-hungry hero’s first appearance in North America and Europe! Find out why the little guy’s a star worth wishing upon with our very own Ricky Berg’s loving tribute.

Read more: Wishing Kirby a happy 25th birthday on the anniversary of his first localization 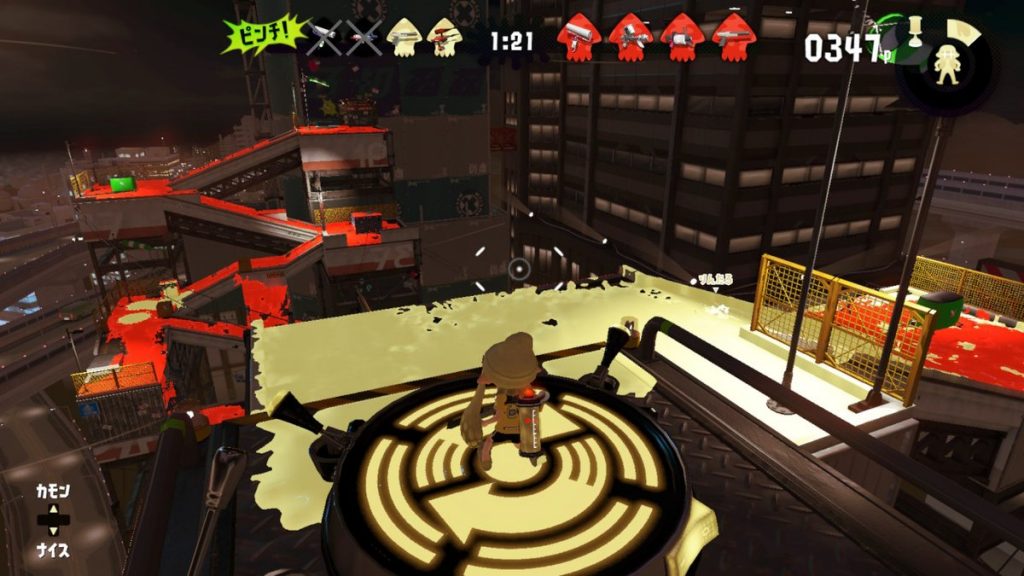 Pumped for tonight’s Splatfest debut? Tonight’s experiment in culinary combat just got a bit more special, as each team’s condiment of choice will be appropriately represented by red and white ink. Don’t believe me? Fellow squid kids over in Japan have already been seasoning turf since this morning, all but assuring North America and Europe will be treated with the same benefits. 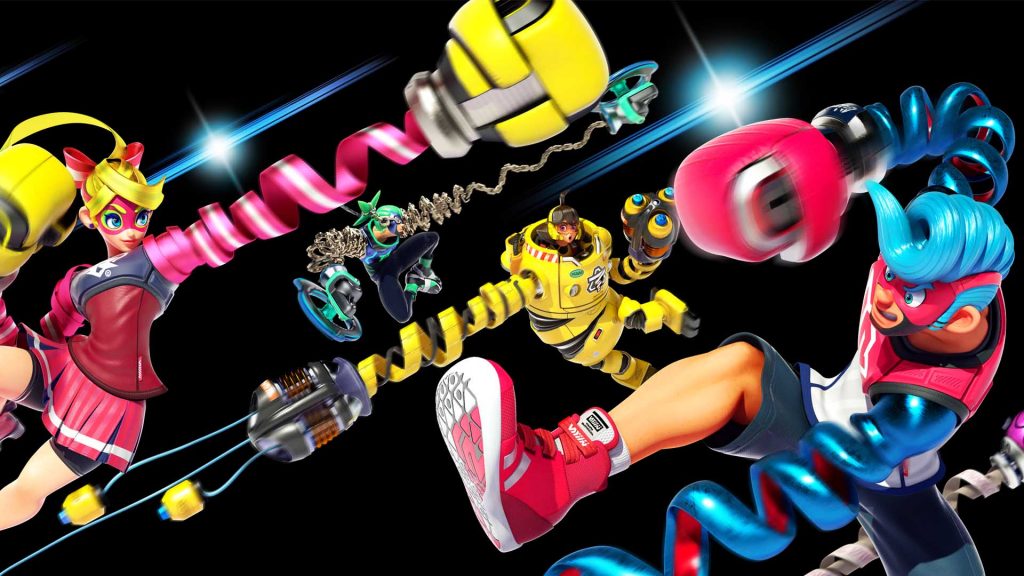 Nintendo’s stretchy brawler will be receiving an update to help balance battles more. Details are scarce at the moment, but we’ll be sure to let you know what changes are coming once the update officially rolls out next week.

Read more: ARMS update scheduled for ‘middle of next week’

ANOTHER SPLATOON 2 STAPLE SPLASHES FORTH 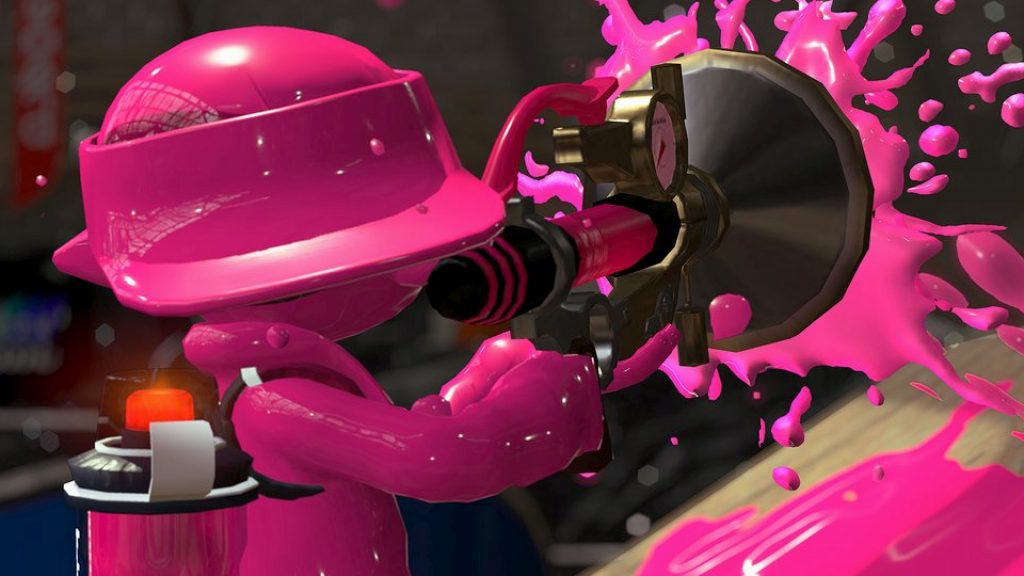 Just in time for tomorrow’s Mayo vs. Ketchup Splatfest, Nintendo’s bringing another addition to Splatoon 2’s already impressive arsenal of sticky shooters. Be sure to visit Sheldon’s shop and nab your Sploosh-o-matic today!

CATCH ‘EM ALL IN STYLE 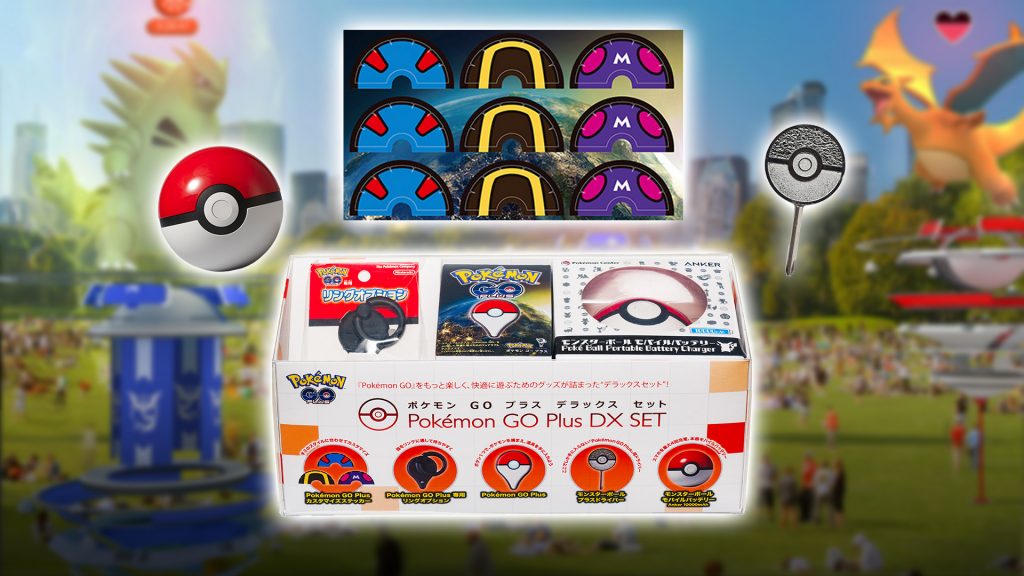 Live in Japan and fancy yourself a true Poké Trainer? A new Pokémon GO Plus bundle can be caught overseas starting next week, which bundles the bluetooth device with all sorts of goodies, most notably a 10000 mAh PokéBall-shaped battery bank.

PREPARE TO BEEF UP YOUR POKÉDEX, EUROPE 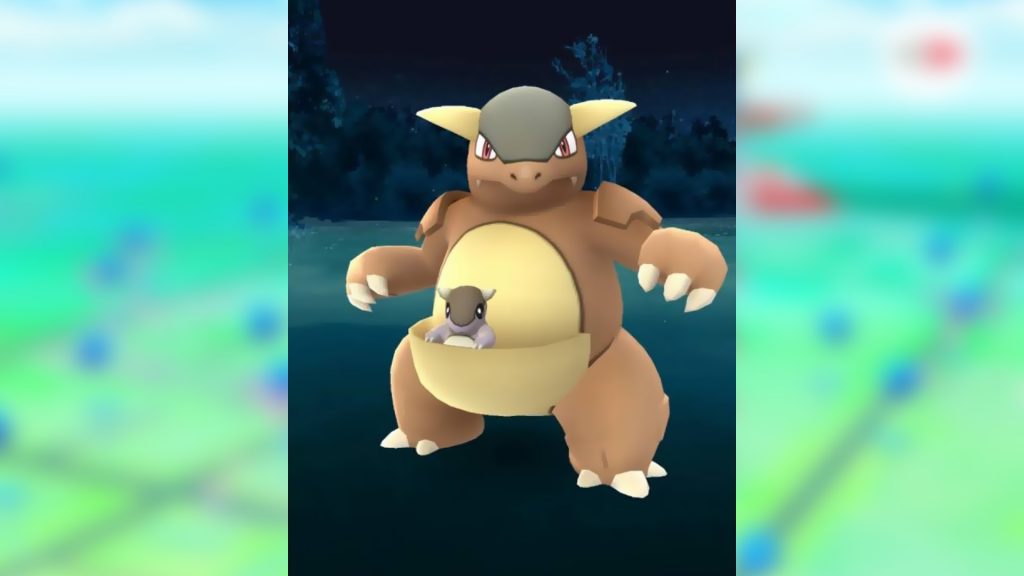 Speaking of Pokémon GO, our friends overseas are getting the chance to catch rare and mysterious Pokémon not typically found in their region as early as this weekend. A full list of European cities participating in the event can be found below. 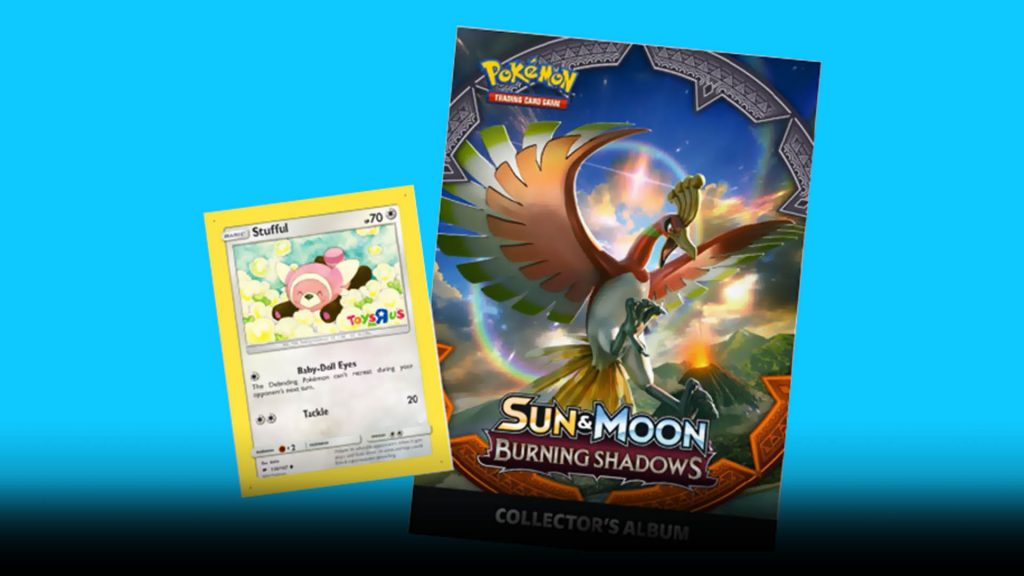 Thought we were done with pocket pal news? Think again! Toys”R”Us is once again holding an event for Pokémon’s addictive trading card game next weekend on Saturday, August 12th. Get all the deets below, including the lowdown on the storefront’s adorable Stufful foil promo card.

PLAYTONIC SHARES A BRIEF UPDATE REGARDING YOOKA-LAYLEE PROGRESS ON SWITCH 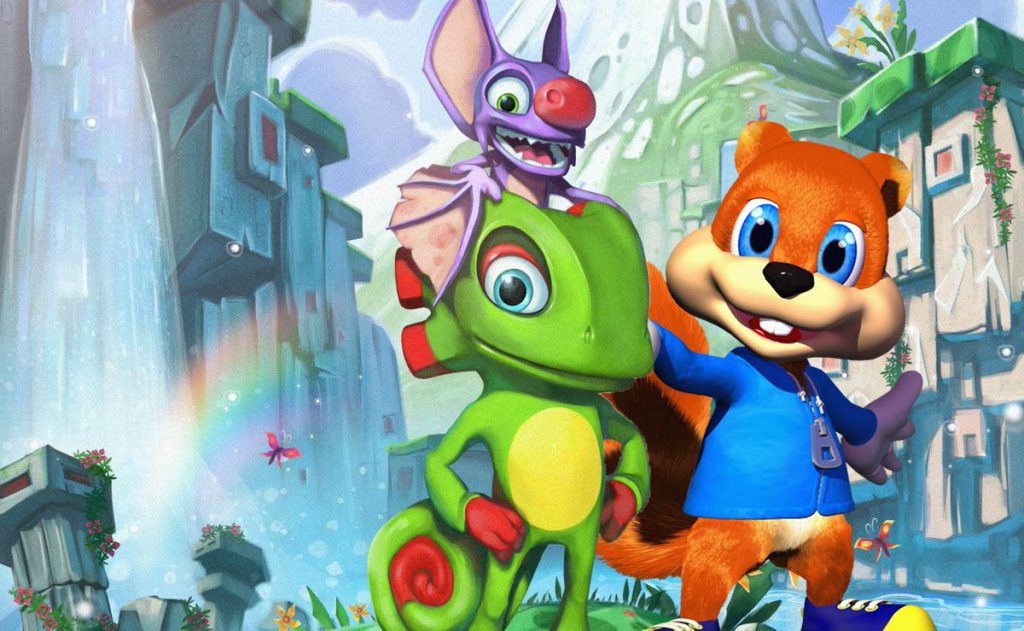 A new tweet from the team over at Playtonic showed Yooka-Laylee running on the Switch in handheld mode. Fingers crossed that a release date for the dynamic duo is just around the corner.

The Fire Emblem Warriors reveals are starting to ramp up as we inch ever closer to its nebulous autumn release. Thanks to the game’s official Twitter, we now have confirmation that two new characters are waiting to be drafted into battle — a male archer and a female rider. While the specifics are still a bit murky, our resident Fire Emblem expert Ben Fruzzetti has some ideas on who will presumably make the cut.

Chicken Wiggle’s flapping onto Nintendo 3DS later this month! For those not in the know, the quirky title harkens back to the SNES platformers of yesteryear, jam-packed with retro charm and chipper (chirper?) chiptunes. Take a gander at the full trailer below!

Watch here: Chicken Wiggle is wiggling onto the 3DS later this month