Wire Weekly | Virtual cardboard, a furry blue monster, and the tiredest game director in the biz

Hello, and welcome to Nintendo Wire’s newest ongoing series Wire Weekly, where I, the thoroughly adequate Ben “Not a big fan of A Link to the Past, sorry” Fruzzetti, run down the previous week’s news with varying degrees of flippancy. When my boss Jason Ganos told me he wanted a weekly rundown of news with a strong flair for personality, intelligence, and humor, I immediately wondered why he was contacting me for the job. But in my efforts to make rent and be able to afford the copy of Fire Emblem: Three Houses – Seasons of Warfare Edition™ I pre-ordered today, I will gladly take up the mantle of being the pseudo-Jon Stewart of online Nintendo news. If only I was 10% as informative, 1% as funny, or .00001% as intelligent. 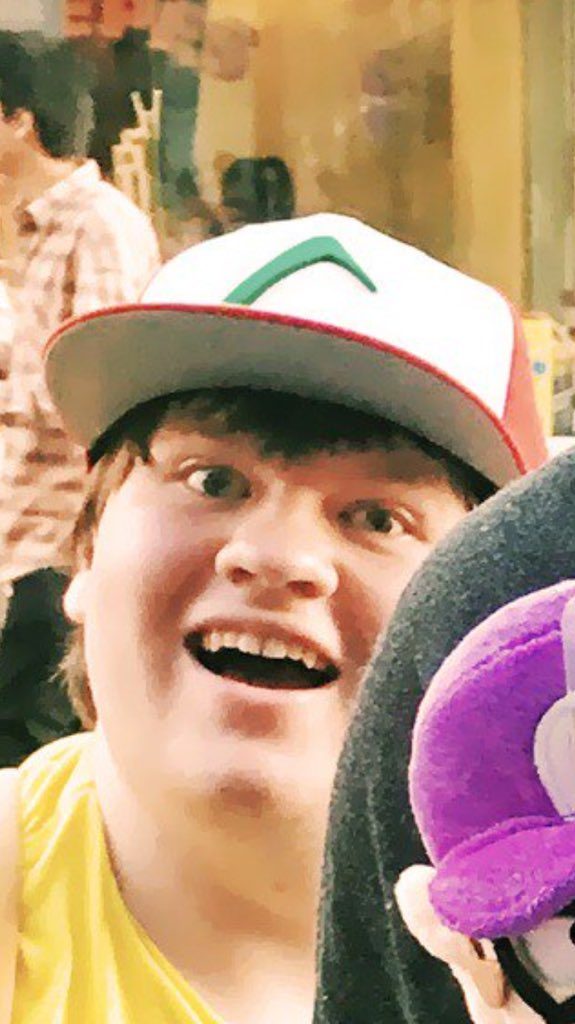 The face of an intellectual you can trust.

And it was a pretty big week, all things considered! Sometimes the most exciting thing that happens in the Nintendo-dom (Nintendom?) is the announcement of a Funko Pop or something. But there was a solid sprinkling of nuggets throughout the past seven days, starting with the 2nd anniversary of both the Switch and The Legend of Zelda: Breath of the Wild, which was more a mild celebration than a dramatic happening. I mean, you’d think the anniversary of what’s shaping up to be one of the best consoles ever made and a contemporary classic that is already working its way into Top 10 Games of All Time lists would be worth like, something worth breaking out the champagne for. And I’m sure they did in the Nintendo offices, once they saw those sales figures. But the rest of us just kinda smiled and nodded. Oh well. Good job, Switch! Hope your third year is successful.

Of course, the big news this week was the announcement of Labo VR, marking Nintendo’s long-awaited venture into the VR space. Much like other Labo kits, it will feature self-assembled cardboard kits as peripherals by which to play the actual games. And while people had been asking Ninty for years whether they were going to try their own VR system (to which the eternal response was a mildly unconvincing “nuh-uh”), it’s difficult to characterize this as a leap into the VR battlefield so much as a pinky toe dip. Sure it’s a fun concept, but c’mon, Nintendo! Where’s the hastily shoved-to-market $499 piece of plastic that ends up at most a novelty? There’s no fun in restraint. 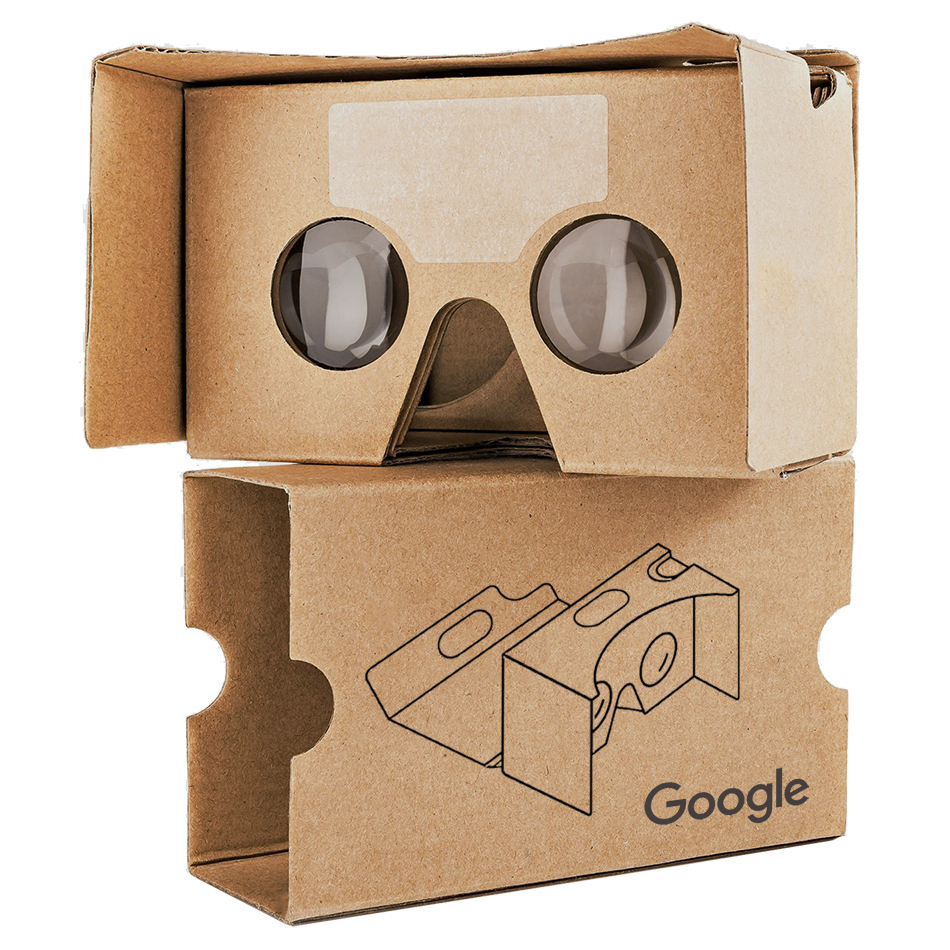 At least VR with cardboard is a new idea… right?

While that may be the case, I must begrudgingly admit that the Labo VR seems well thought out from an economics perspective. For one thing it’s insanely cheap compared to the likes of the Rift, Vive, PS4VR, and whatever other Silicon-Valley brand is hopping on this SAO-BS train. At only $40 for the cheapest kit — and even then the full package at $80 is way less expensive than even the “cheap” PlayStation VR. Sure, it’s much more limited than the others, presumably being limited to whatever dinky Labo minigames there might be, it makes a lot more sense to start off small and simple and then potentially expand the scope in the future. I personally can’t wait for the VR Animal Crossing that allows you to partake in interior decorating both in and out of the game at the same time. Think of the meta possibilities! You’ll question which furniture is real and inadvertently start trying to cram your apartment’s upholstery into your pockets. The artistic possibilities of virtual reality will be unprecedented, let me tell you.

Speaking of anthropomorphic animals — that live-action Sonic movie! I mean, the images speak for themselves on this one. There’s honestly no amount of snarky or indignant dialogue that can identify the particular feeling your gut when you witness this… creation. Is it bile fascination? Utter and repentant disgust? Weeping for the lack of God’s grace upon this earth? I mean, Yuji Naka himself doesn’t like it, and when the godfather himself is disappointed then you know that something is off. Or in this case, several things. I’ll admit I’m not quite as perturbed as some people out there (mostly because I’ve been pretty sure this movie will be an unmitigated train wreck since I first heard about it), but there are a couple details that make me question how humanity exists. And somehow it managed to top the Will Smith Genie as the most aberrative blue CGI sleep-paralysis demon we’ve seen this year. Which one would win in a fight, I wonder? 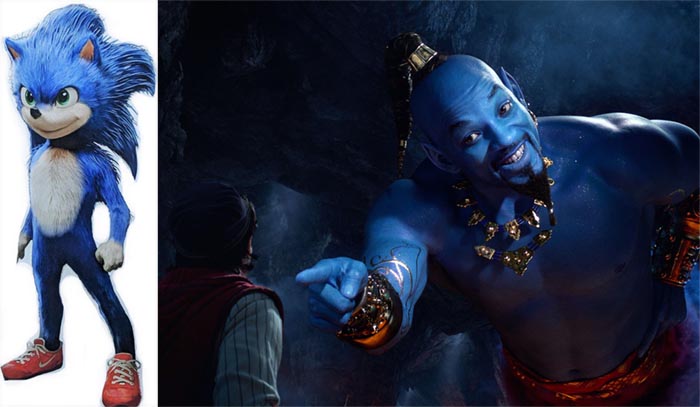 Whoever wins, we lose.

That’s not the only bit of news that made me frustrated-depressed this week either, as news of Masahiro Sakurai working with an IV drip circulated the web, with an equal portion of fans praising his dedication and saying for the love of all that is holy please take a vacation Sakurai. I’ll admit that I had to tone down my bitter worrying a bit while reporting on it, as my immediate instinct was to fly to the Sora Ltd. offices in Tokyo, give him some warm milk, and tuck him into bed. The man gave us Kirby, Super Smash Bros., and Kid Icarus: Uprising only to have legions of whiners lament the lack of their preferred niche third-party character in Smash, and this is the way he treats himself? At this rate I’d feel more comfortable with him retiring than having to deal with one more petulant, ungrateful gremlin. Maybe they can give him a Labo VR dreamscape where he can just chill and hang out with Kirby for all eternity. That’s the kind of heavenly reward he deserves. 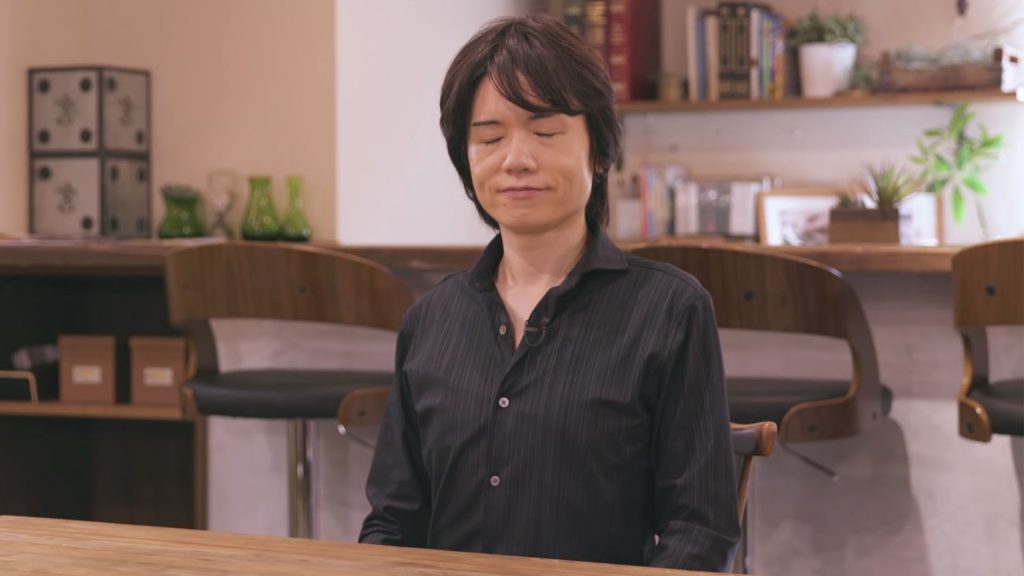 Sakurai, picturing himself in Dream Land where he can take more than a week’s worth of vacation days.

Of course, it wouldn’t be a Nintendo news week without the Rumor Mill churning at a rapid rate, and such was the case with the ongoing incident revolving around Xbox’s Game Pass maaaaaybe being on Switch, which has been a loose penny rattling in the proverbially washing machine over the past couple weeks or so. First, it was sorta happening, then definitely maybe happening with some cool titles like Ori and Cuphead, and now it’s not happening but the games are? At this rate, I’m just waiting for TMZ to report on Microsoft and Nintendo’s one-night fling that started out passionately but ended up rough. The paparazzo with that scoop? Definitely a bitter and jealous Sony. Regardless, we’ll have to wait for an actual announcement from the companies at hand before anything is certain. 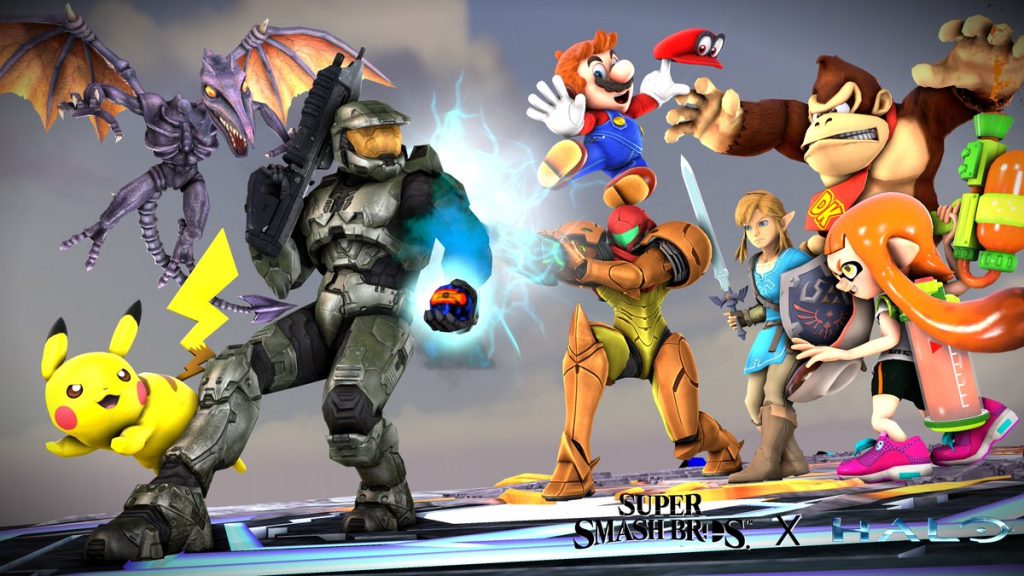 This is still never happening, though (from @MemoryNova on Twitter!)

Some other odds and ends occurred. Kirby’s Extra Epic Yarn, a 3DS port of the best Kirby game (yeah I said it, and yes I am open to debate on it because hey there are a lot of good Kirby games out there), hit the shelves. A complex story of Nintendo asking mobile partners to tone down microtransactions created ripples, even though they cut down the number of orbs they’re giving in Fire Emblem Heroes for the love of Naga-! There’s currently the world’s first big Tetris 99 tourney going on. They found a picture of that one DK butter statue. And, most joyously, Segata Sanshiro is alive again.

And as we wind things down, we ask: what’re you playing this week? This intrepid columnist is playing pretty much the only thing he’s touched over the past month, the unmitigated classic that is Final Fantasy IX. Re-experiencing the journey of Zidane and friends all these years later is a joy like no other, and the game as a whole is a great reminder of what made earlier Final Fantasies so wonderful — lushness, vibrancy, and a simplicity that belies how engaging both the story and combat can be. Though I must confess that it’s difficult to play the game while Vivi is on screen because I start sobbing uncontrollably and that makes it hard to see the screen. At least the music (and Kuja) is still beautiful. 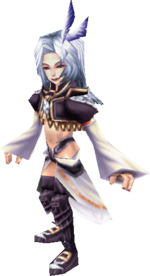 The prettiest of polygons.

That’s all for this premier edition of the Wire Weekly. Tune in next week, where I’ll probably already be out of wit and sarcasm and have to resort to cracking banal jokes about Mar10 Day to keep afloat. Until then!