Smash Bros. and Kirby godfather Masahiro Sakurai is no stranger to spilling his guts — whether it be a light joke, a game development decision, or a candid remark about his own working health. While Japan as a nation is known to have a work culture that could be considered less than ideal for the average worker, Sakurai has always stuck out as a bit of a workaholic, one whose anecdotes about losing sleep and personal time to work on Smash Bros. consistently set off waves of concern among fans. So there was a sigh of relief when it was revealed that he was taken better care of during the development of Super Smash Bros. Ultimate.

Apparently that wasn’t enough, however. Sakurai revealed recently in another elongated Nintendo Dream interview that while he did set some limits on himself (getting out of the office by 10 p.m. each day, which still seems quite late), he also revealed that he had stomach problems during development at one point due to food poisoning. But rather than rest or go to the hospital, he just “[got] an IV drip and went to work like normal.” 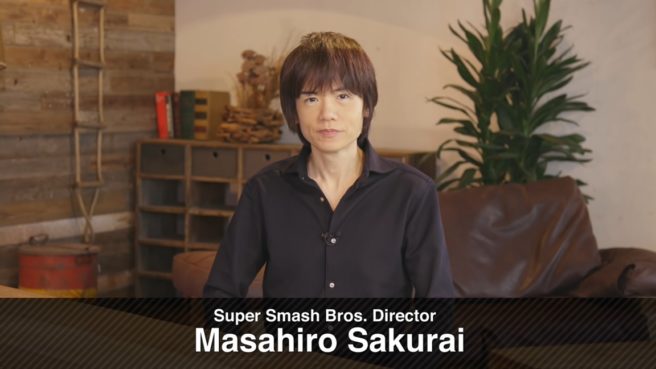 First off — what part of that is normal?! Second — while it’s easy to characterize such a tidbit as extreme dedication or passion for the craft, it’s fairly evident that such a thing is, shall we say, pretty bad for one’s well-being. When asked the all too appropriate response of “Are you serious?!” his reply was also telling:

“I guess I’m a hard worker? (wry laughter) I’m a freelancer, so I don’t have any strict rules on my time. As long as I can complete the game, I could show up to the office once per week and I think it’d be within the realm of forgiveness. But instead I make sure I come to work every day and write proper daily reports and such. I’m always working, but there’s a lot of things that keep me in good spirits!”

Again, it’s easy to think “well, if he wanted to go in and work, that’s on him.” But that’s still not a good thing, especially since Sakurai apparently only took three vacation days last year (right before Christmas). Jokes about him needing a vacation weren’t enough, apparently — the man needs a god-blessed sabbatical. I hope I speak for everyone when I say the quality, content, and timeliness of a game, no matter how good, is not more important than the well-being of those making it, whether they be a simple QA tester or the freakin’ director.

The full interview is full of some other interesting bits, from how Spirit battles were decided to little things on the voice acting, so you should check it out for yourself. But none of it manages to top the worrying info that the beloved director so casually drops. After Smash Ultimate DLC is done, please take like three years off, Sakurai.