For years now, gamers have known that the smartest, deepest, and most refined plots don’t come from the likes of Bioware or Obsidian — they come from the Kirby developers, who over the past decade or so have begun packing each of their games with a rich lore that would make the most dedicated world-builders look like they’re working with toothpicks. But their sagacity doesn’t merely limit itself to interweaving the disparate parts of the universe — nay, they understand the very innate logic of the Kirby world with profundity.

And such thoughtfulness is the basis for why the pink puffball doesn’t do his signature swallowing in Kirby’s Epic Yarn, the 3DS port of which releases today. The fellows over at Good-Feel (who, needs be remarked, are different from the normal Kirby devs at HAL Laboratory) had originally designed the game as an original IP, but eventually turned it into a Kirby property after a suggestion from the late Satoru Iwata. While Good-Feel liked the idea, they couldn’t figure out a way to have Kirby made out of yarn yet also swallow enemies, as he has an empty space where his stomach is — and physically, that simply doesn’t make sense. A lesser developer might have thrown their hands up and just done it anyway, but the the cultured sapience of Good-Feel could not abide such irrationality, and thus opted to give Kirby a yarn whip ability instead — providing the basis for one of the most fun and unique Kirby outings ever. 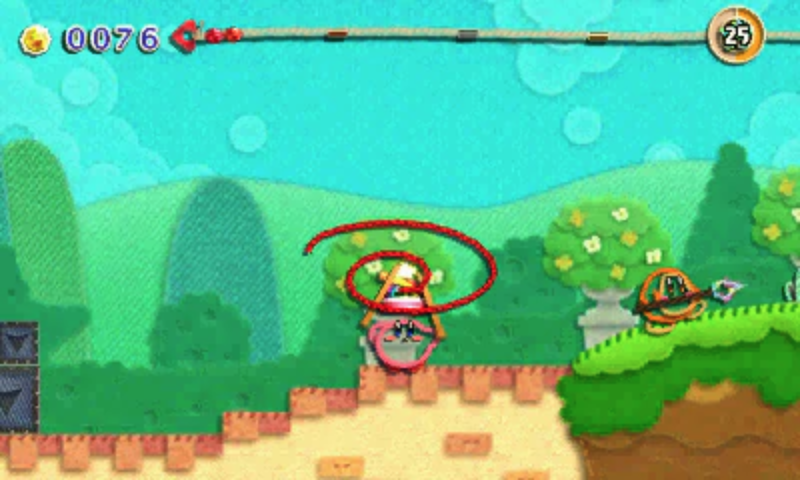 Kirby’s Extra Epic Yarn is out today, and considering how good the Wii original is I’m sure it’s more than worth the moolah. Good-Feel also has Yoshi’s Crafted World coming out this month, so be sure to keep an eye on that. And know that in a world where big developers seem to be getting lazier or more flippant with their writing, one franchise still has dignity and good grace to treat its universe with respect.