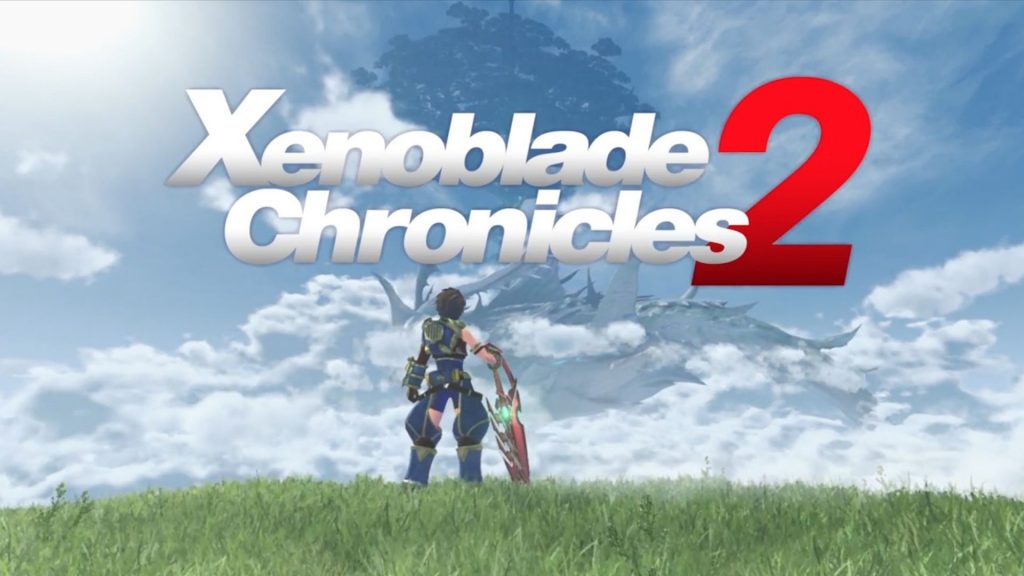 Good news, fellow Xenoblade zealots: a Nintendo Direct focused entirely on the upcoming Monado swinging sequel is slated to air next week! If you happen to be on the West Coast, make sure to set those alarm clocks bright and early for 6 a.m. PT. I know that sounds rough, but if Link can save Hyrule with nary a wink of sleep, you can probably muster wiping the crust from your eyes to watch a quick video on a school day. #Priorities

THANK YOU SO MUCH A-FOR-TO PLAYING MY GAME 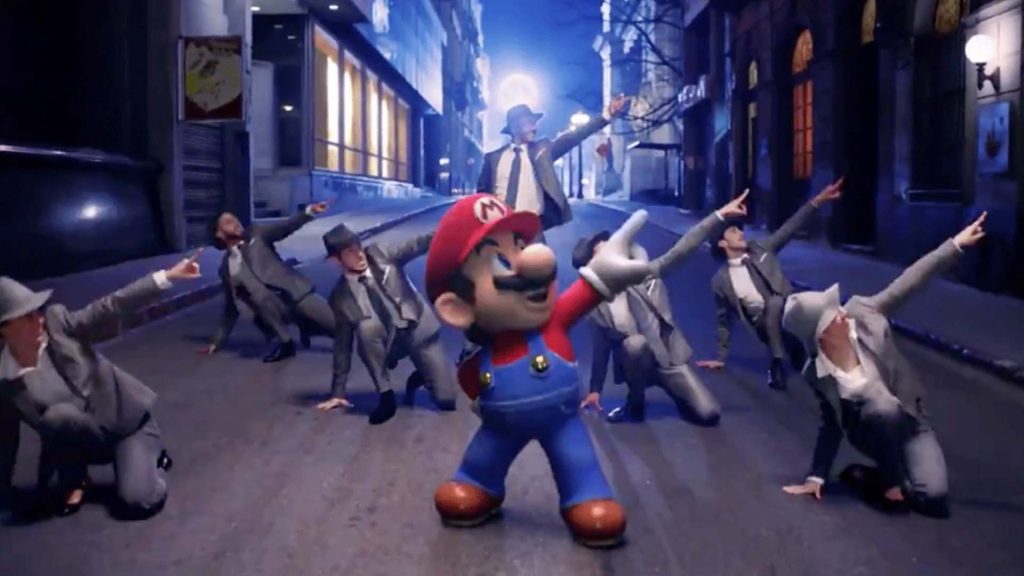 Nintendo’s raking in the coin coffers with last week’s release of Super Mario Odyssey, having sold over two million copies in just three day’s time. As if that monumental feat weren’t fanciful enough, both Nintendo UK and Nintendo of America confirmed today that the Kingdom Caper also holds the illustrious honor of being the fastest selling Mario game of all time. Now if you’ll excuse me, I’ve still got a few hundred Power Moons left calling my name.

MY NINTENDO GETS PHYSICAL WITH JAPAN

Tired of waiting until the end of the month to spend all your soon-to-be expired My Nintendo Points, only to be offered an onslaught of desktop wallpapers and Fire Emblem Heroes Crystals? If you’re living in Japan that’s all about to change, as a trio of physical Zelda posters went up for sale yesterday for a measly 300 Platinum Points each! Here’s hoping it’s a sign for more physical rewards to come and that these fantastic prints eventually make their way overseas. 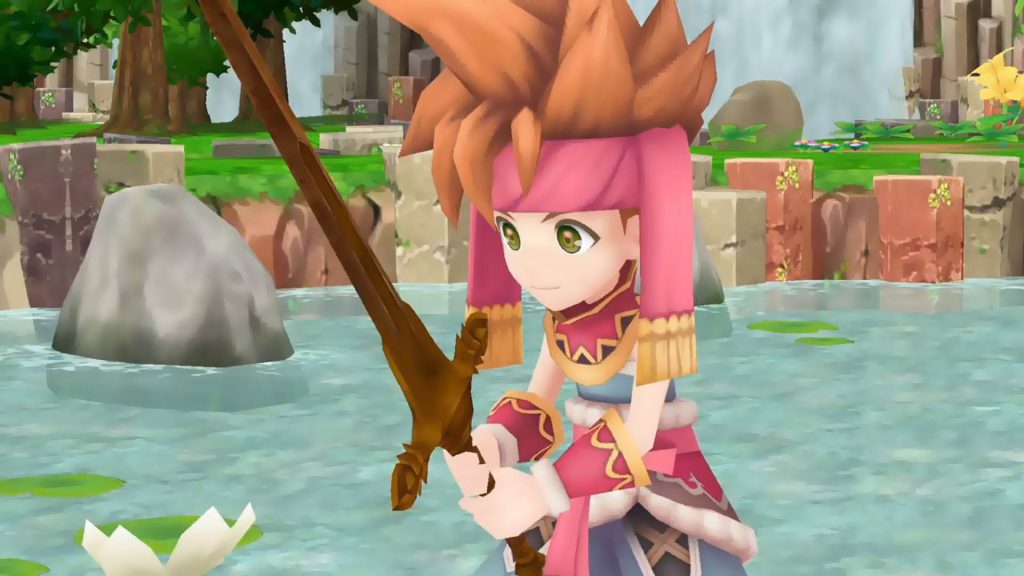 While the game has yet to be confirmed for rasslin’ Rabites on Switch, we figured fellow Mana maniacs might still love to know Square Enix shared a new video for the action RPG’s upcoming PlayStation reboot. Secret superfan Lauren Musni walks you through the mesmerizing cinematic below while sharing a bit of her own history with the franchise in her loving tribute.

Read more: Maintaining hope for the Secret of Mana remake on the Nintendo Switch

BOARD THE ODYSSEY WITH THESE GORGEOUSLY BOUND BOOKS 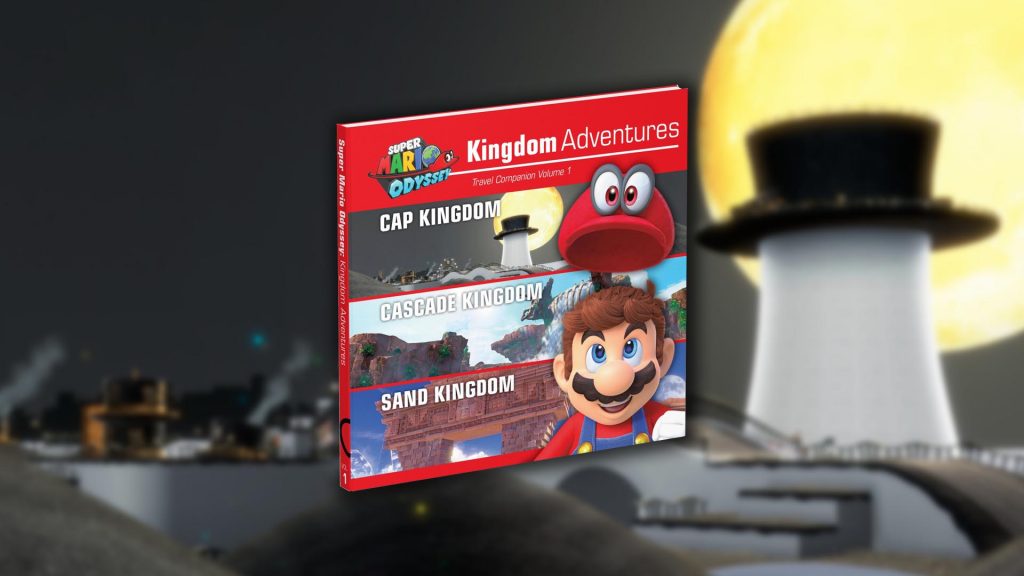 Need to give your eyes a break from hours spent ground pounding every inch of Super Mario Odyssey in search of Power Moons, but don’t want the fun to stop? Continue your kingdom adventures off-screen with a series of illustrative books chock-full of vibrant screenshots and commentary from well-seasoned travelers! Feel free to toss some coin at the first two volumes in the link below.

GET IN TOUCH WITH YOUR INNER DIVINE BEAST 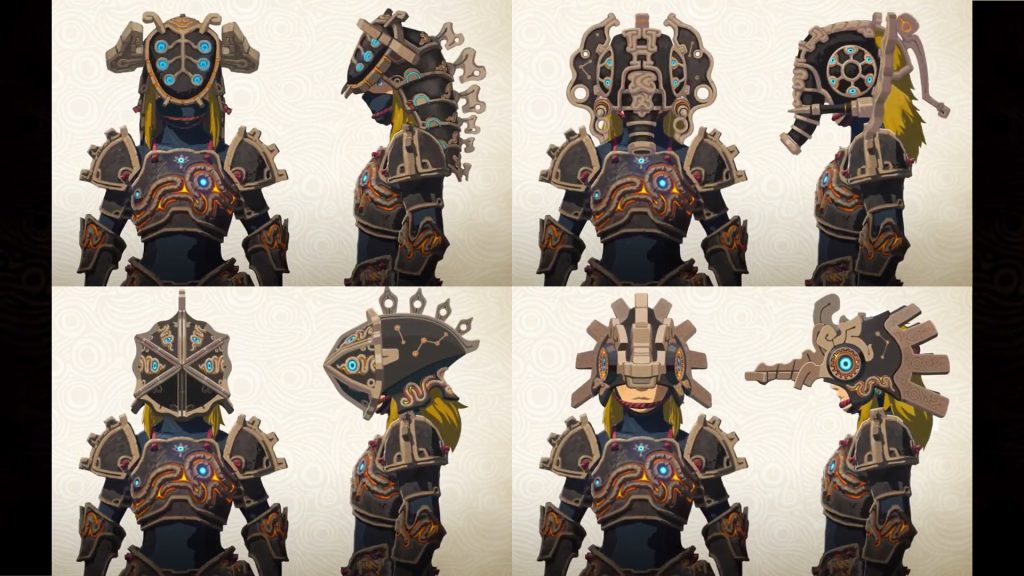 We’re just one week away from finally completing our Breath of the Wild amiibo sets (for now, anyway). While we already knew each Champion figure would unlock a helmet themed after their respect Divine Beast, we now have confirmation via Zelda’s Facebook page detailing what each hulking piece of headwear will alter stat-wise. Grab your ocarinas and whistle a timely tune to be transported to our full article for all the deets! Or you can just click the link below, I guess. Dealer’s choice.

THE ANSWER IS OBVIOUSLY HOT, RIGHT? 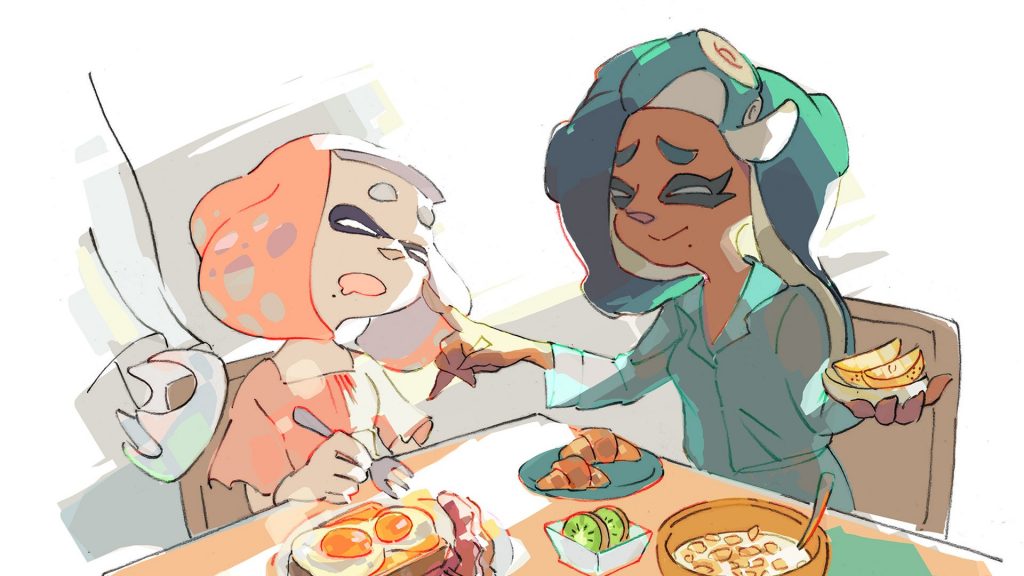 The European Splatoon 2 battle of the breakfasts is nigh upon us! To hype up this most unusual celebration in culinary combat, Nintendo released a new piece of official artwork featuring Marina and Pearl chowing down on some morning grub.

Read more: New Splatoon 2 art released for the Battle of the Breakfasts 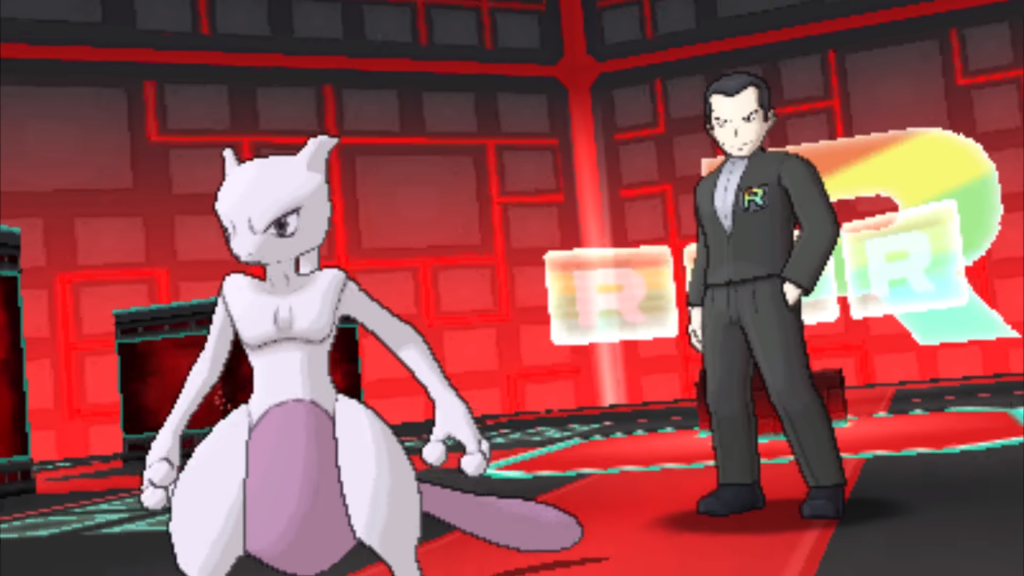 Game Freak’s not messing around with its latest entry in the infamous pocket pal collecting franchise, making sure both Ultra Sun and Moon live up to what their hyper powered titles would suggest. As highlighted in a duo of new trailers, we’ve effectively learned villains from every single entry in the mainline series will be making an appearance, Totem Pokémon can be caught, and all previous legendaries will be capturable via Ultra Wormholes. That’s right, Poké fanatics: every single one of ‘em. Don’t believe me? Toss some Ultra Balls at the link below and see for yourself! 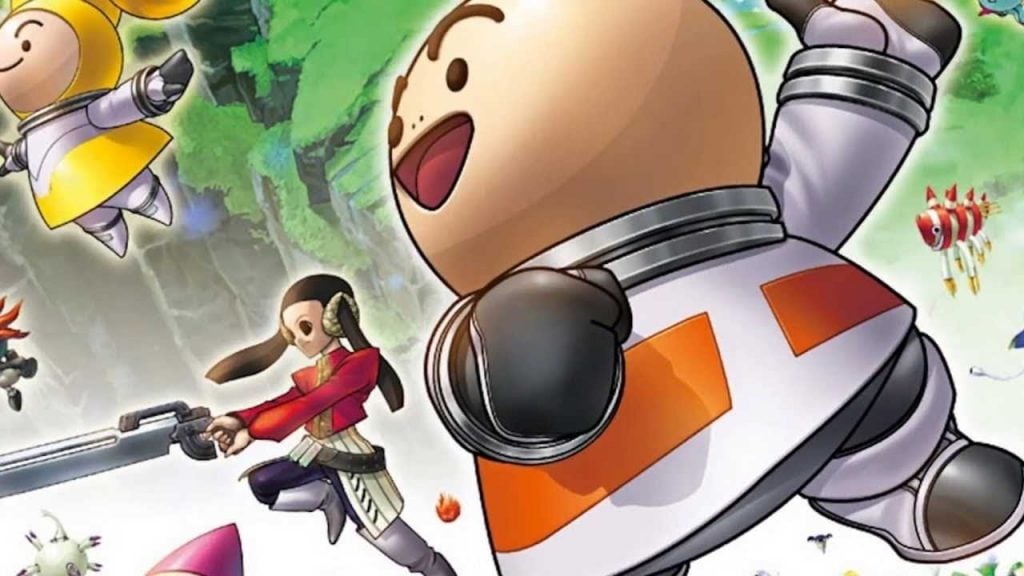 In more wild and wacky news, the orb slinging antics of the Wii’s critically underappreciated JRPG/life-sim hybrid, Opoona, could be making a comeback. The original game’s director, Sachiko Sugimura, teased as much in a slew of pretty on-the-nose tweets, all of which have been accounted for below by our resident Opoona professional, Tom Brown. 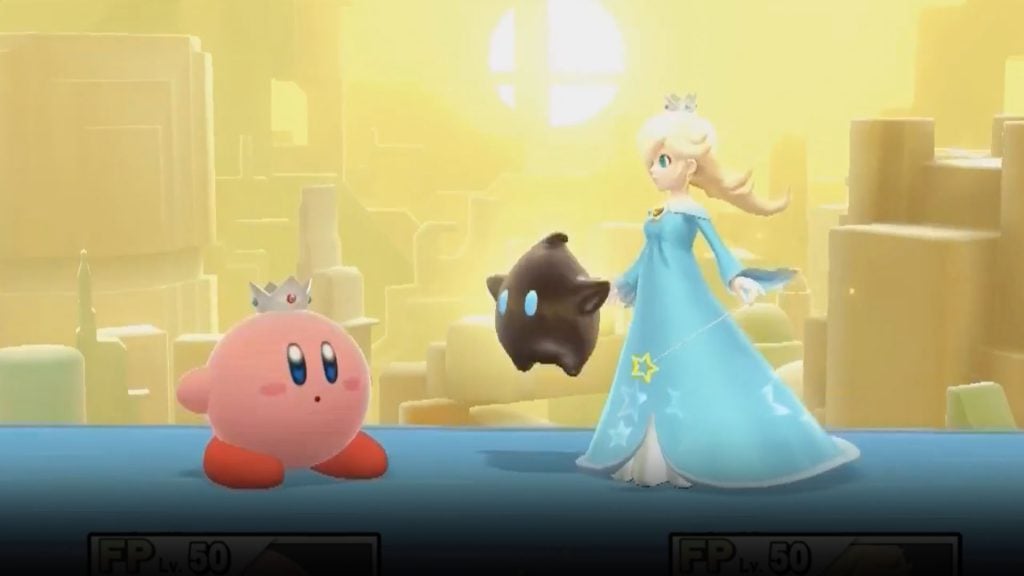 The latest episode of Smash Supremacy begs the question of who would win in starcrossed combat between the Luma loving queen of the cosmos, Rosalina, and Planet Pop Star’s portly puff, Kirby. Tune in to the full episode below, where Hero TJ and his Cranky Konged counterpart pick their favorites alongside special guest Bobby Soto: animator, voice actor and fellow writer right here at Nintendo Wire.