Back in September we learned just what the Breath of the Wild Champion amiibo unlocked when scanned into the game, namely a helmet each themed after their respective Divine Beast. Now, via the Legend of Zelda’s Facebook page, we know just what these helms will alter stat-wise. 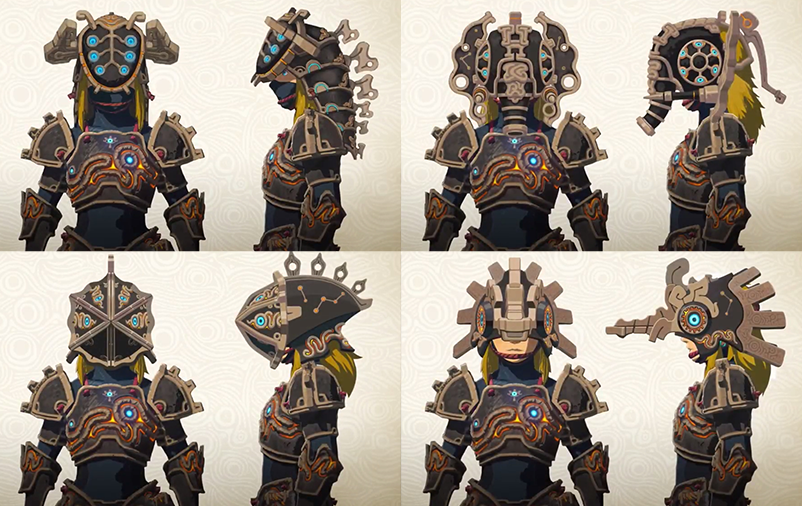 All four helmets increases defense against Guardian energy attacks, while the general defense level is equivalent to the Ancient Helm already in the game. Also, once upgraded to level 2, each helmet can be paired with the Ancient Cuirass and Ancient Greaves to trigger a set bonus that increases Link’s attack power with Ancient or Guardian weapons.

On top of those shared properties, they also have their own unique effects. Here’s the list:

They definitely seem versatile! You’ll be able to scan in the Champion amiibo once they launch on November 10.