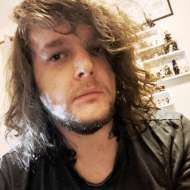 Tom Brown
Whether it’s an exciting new entry in a series long established or a weird experiment meant only for the dedicated, Tom is eager to report on it. Rest assured, if Nintendo ever announces Elite Beat Agents 2, he’ll be there.
This user account status is Approved
About About
Posts Posts
Comments Comments

Tom is a writer, pixel-artist, and video editor with a down-to-earth yet optimistic perspective on most things in life, something he somehow manages to maintain despite living in the gray and dreary north of England.

In 2010 Tom left the cold climates of the north and headed south to the University of Lincoln to study and earn his BA in media production. While there, he got the opportunity to experiment with photography, radio presenting, script writing, and much, much more. He eventually realized his true calling was digital media content creation, and to this day he continues to experiment with video production, with a particular passion for pixel art and animation.

After growing up with classic Sega consoles, Tom, like most kids of the '90s, was caught in the middle of the worldwide phenomenon known as Pokémon. After nabbing both a Game Boy and Nintendo 64 in an effort to catch ‘em all, he was slowly but surely introduced to the world of Nintendo through games like Super Mario Land and Ocarina of Time.

That said, Tom didn’t quite grasp how huge Nintendo was until he got his hands on a little game called Super Smash Bros. Melee, which was filled to the brim with fan service and tantalizing lore. Ever since those long afternoons spent meticulously reading the descriptions of trophies, Tom has been actively playing and keeping up with Nintendo’s titles, and he hopes to share his experiences, both good and bad, with others.