What’s a plumber without his tools? In Mario’s case, that’d be his trademark power-Ups, and with two new adventures to get through on Switch he’ll be needing plenty! Thankfully we’ve got the rundown on each power-up, box, and helpful item he and the rest of the game’s cast will be putting to use against Bowser’s minions.

For simplicity’s sake, we’ll be referring to the use of each power-up as if you’re controlling Mario (so Cat Mario, Tanooki Mario, etc.). That said, each playable character can use them no problem and even get their own unique colors — and sometimes look — for them. Also, since some of these only appear late game you might want to tread lightly if you’re adverse to spoilers.

Here are all the power-ups, boxes, and items in Super Mario 3D World + Bowser’s Fury!

The plumber’s bread and butter! Most often found in blocks, simply walking up to one of these will grant you their effect. Some are purely passive, while others grant you new attacks and techniques. 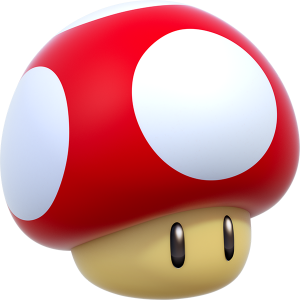 Grabbing the Super Mushroom will make whichever character you’re controlling go from their small selves to their bigger, Super self. The extra hit point is always nice, but what’s most important with this one is that sometimes you need to be Super to make other, more unique power-ups appear. You just don’t mess with a classic… 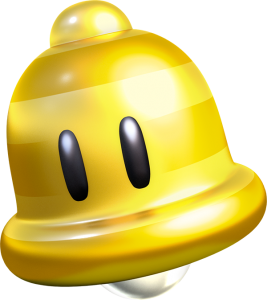 The real star of 3D World isn’t a star at all! The Super Bell will grant you Cat Mario, one of the most technique filled power-ups of this or any Mario game. Arguably its main benefit is the ability to climb up walls, which will come in handy for grabbing Green Stars just out of jumping range. That same skill lets you climb up the Goal Pole as well, always granting a 1-Up. It’s also quick on its four feet, letting you break into a  sprint faster. 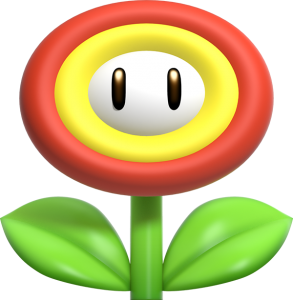 Another tried and true staple of Mario’s arsenal, the Fire Flower will turn you into Fire Mario. Just like always, you’ll be able to toss fireballs with that trademark sound effect. This is great as an attack, but will also let you light torches to unlock secrets. 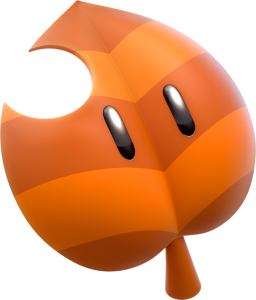 After its successful return in Super Mario 3D Land, the Super Leaf is back to grant you access to Tanooki Mario. This’ll allow you to float in the air for a bit of time, letting you cross gaps a simple jump couldn’t accomplish. You’ll also have a spinning tail attack to use for taking on enemies and hitting blocks at ground level. 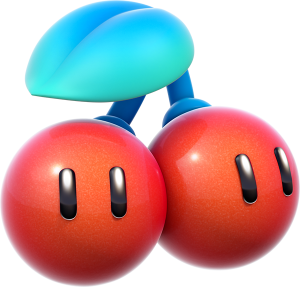 Another new addition to Mario’s collection in 3D World, the Double Cherry is simple in what it does and yet one of the most unique power-ups of all. When grabbed, a second Mario will appear beside you! You’ll have full control over this Double Mario, with both jumping at the same time. You can also use other power-ups in tandem with this, letting each Mario toss fireballs together for example.

It doesn’t stop there, though, as you’ll be able to grab more Double Cherries even when you have a double on screen. This will add more and more Marios, and you’ll still be in control of all of them! Usually you’ll need to maneuver them around the stage to either get a certain amount to a numbered platform. Just make sure those doubles don’t get hit before you do, or they’ll disappear. 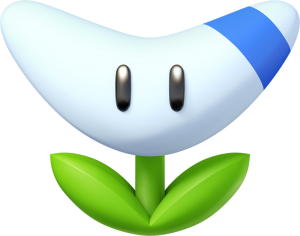 Another returning power-up from 3D Land, grabbing this floral projectile will make you into Boomerang Mario. Throwing the curved, Bro worthy weapon is great for attacking from a distance but its real utility comes from how it can pick up far away items. 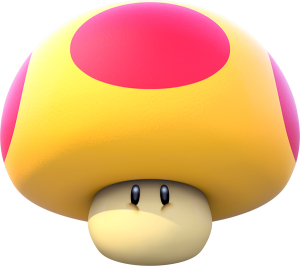 Super Mario not big enough for you? Grab one of these massive myconids to take the plumber to even further heights! You won’t just be taller, though, as all that added mass makes you  impervious to most enemies and attacks. You can walk into them and stage elements to knock them out, and performing a Ground Pound will unleash a POW-esque shockwave effect. 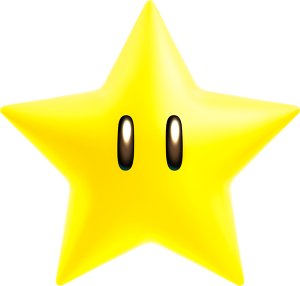 Being all big is one thing, but nothing beats pure invincibility (unless we’re talking about a Splatfest…). Picking up one of these classic power-ups will bring on higher speed, rainbow colors, and that infectious melody. And hey, if you’re in multiplayer you can share the fun with friends by making contact! 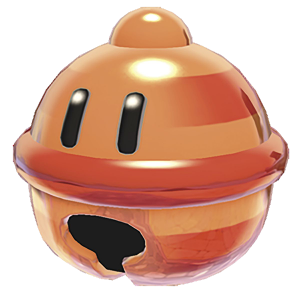 Everything a Super Bell does, a Lucky Bell does… well, pretty much exactly the same, actually. Grabbing this elusive power-up will turn you into Lucky Cat Mario, giving you all the skills of Cat Mario and a cute collar.

As familiar as it’ll be most of the time, performing a Ground Pound shows what makes the Lucky Bell so special. You’ll turn Mario into an invincible statue that makes coins appear when it falls! This makes it helpful for defeating and defending against enemies, but if you’re out to make some change you’ll want to find tall places to Ground Pound off of. 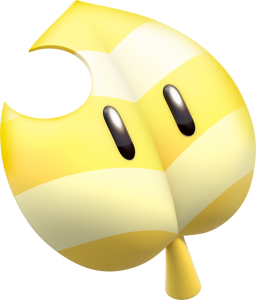 These unique power-ups will turn Mario into White Tanooki Mario and White Cat Mario respectively. This gives you all their skills with the added advantage of being invincible at all times for the stage you collect them in. This added utility comes with scarcity, though, as both of these power-ups don’t appear under normal circumstances.

To get an Invincibility Leaf, you’ll have to lose a life five times in a single level. This will make a block appear that has the Leaf inside. No shame in needing a little help!

Getting an Invincibility Bell is more straightforward, but will require an extra something. By tapping the new Cat Mario amiibo, you’ll be granted the rare power-up. 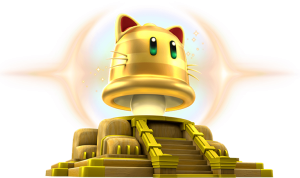 The Giga Bell is a brand-new power-up in Super Mario 3D World + Bowser’s Fury, only available in the Bowser’s Fury mode. By collecting enough Cat Shines, Mario will be given access to the Giga Bell. When used, it transforms Mario into the kaiju-like Giga Mario so he can take on Fury Bowser.

When you find these helpful cubes, you’ll be able to jump up and wear them over Mario’s head. Other than the Coin Box, they can change up how you approach a level by adding more vertical elements or even making it a scrolling shooter stage. 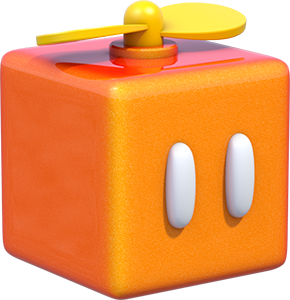 Wearing one of these boxes on your head will give you a unique kind of flight. Jumping again in midair will send you up and up to a significant height. You don’t gain any real horizontal distance with this jump, but by holding the jump button down you’ll descend slowly and can float back down to your intended destination. 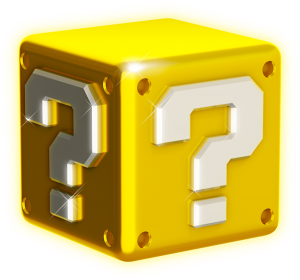 This box will appear like a standard ? Block, but will turn a shiny gold color once its true nature is revealed. Once on Mario’s head, you’ll gain coins at a steady rate by moving. The faster you go the faster you line your pockets, and this includes vertical movement too. Ground Pounding off a tall point is a good way to make the cash flow, though you’ll lose this box once your hit 100 coins. 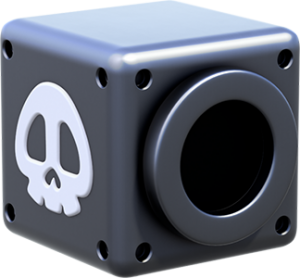 Having this skull-patterned square on your head turns Mario into a two-legged tank of a man. Projectiles will fire off at a steady rate with no input needed from you. If you do hold down the attack/action button, though, you’ll charge up your next shot to increase range and impact. 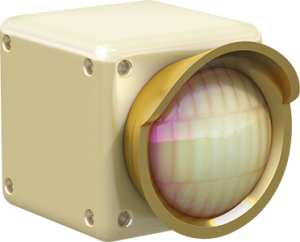 The most straightforward box of all does exactly what it says it will. Having this will light up dark areas like Ghost Houses, and will even take out any Boos that try to hurt and haunt you.

This category could also be called “all the rest,” as these things are a little less unified in theme. Still, they’re all helpful and can help you get around in tricky situations. 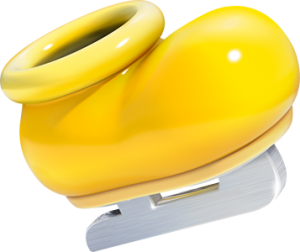 What is it with Mario and big shoes? This throwback to Super Mario Bros. 3 adds a blade to the bottom of the boot, letting you glide in style along icy surfaces. You’ll have to knock a Goomba out of these to wear them yourself, and their movement style might take some getting used to. 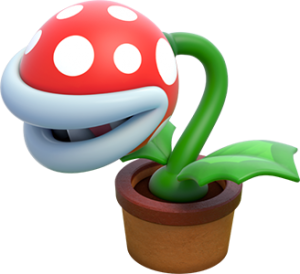 These familiar foes are being put to good use! Handheld thanks to their flower pots, they’ll shoot out to gobble up enemies and items that are within a certain range. Usually they’re best for clearing the way to access blocked off pathways, but they’re just as good for taking a bite out of your friends in multiplayer. 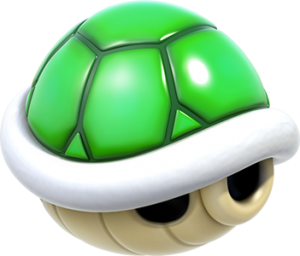 This former piece of Koopa couture can be tossed as a projectile, letting it slide along the ground to take out objects in its path. You can also carry it around in front of you, and if you crouch while sprinting Mario will duck inside and take it for a slide. 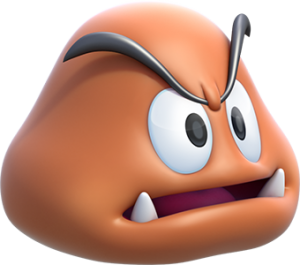 Well, this one’s a little awkward… Putting on the Goomba Mask will make you look like your oldest enemy of all, which fittingly enough doesn’t really grant you any skill. What it does do, is make you blend in with Goombas and their relatives so that they won’t attack you. Keep your cool and sneak on by, but be aware that other enemies aren’t nearly as… perceptually challenged? They’ll still attack you despite your flawless disguise.

Looking for more help with Super Mario 3D World + Bowser’s Fury? Check out our other guides! 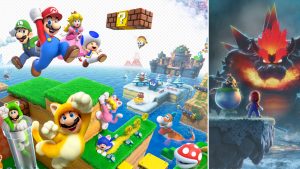 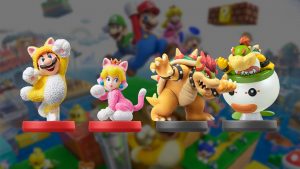 Guide: What do amiibo do in Super Mario 3D World + Bowser’s Fury? 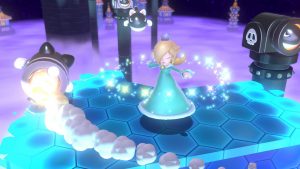 Guide: How to unlock/play as Rosalina in Super Mario 3D World + Bowser’s Fury 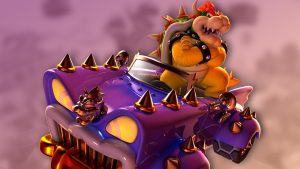 Guide: How to beat every boss in Super Mario 3D World 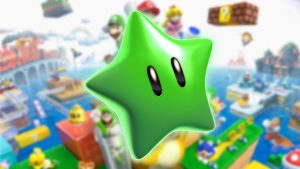 Guide: How many Green Stars are in Super Mario 3D World + Bowser’s Fury? 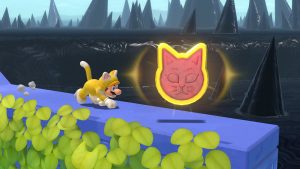 Guide: How many Cat Shines are in Super Mario 3D World + Bowser’s Fury? 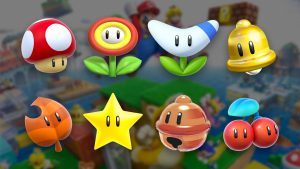 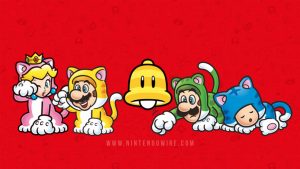