Kirby’s next console adventure began development in the year 2000, right after Crystal Shards wrapped up. Originally a GameCube project, the focus was always on a multiplayer feature that would allow up to four players to enjoy Dream Land together. Sadly, this project would be scrapped, refocused, discussed and shelved again a grand total of three times. Concepts included Kirby and helpers forming four-player high towers, a more open 3D environment, and a world that appeared like a pop-up book. While a handful of spin offs and handheld adventures would come and go during the in between decade, 2011 finally graced the world with Kirby’s next, classically styled, console adventure. 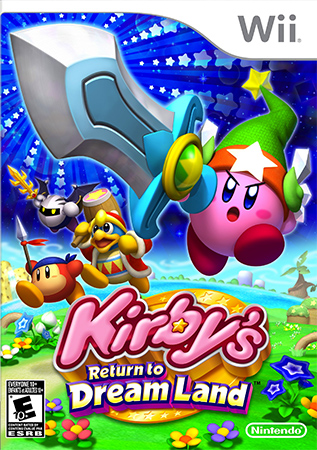 Kirby’s Return to Dream Land sought to catch the classic Kirby spark that had been missing for some time. Even Crystal Shards, a great game in its own right, was a conclusion to Shinichi Shimomura’s trilogy of games rather than being in the vision and style of Kirby’s creator Masahiro Sakurai. Sadly, by this point, Sakurai had left HAL Laboratory and had no involvement with the series after Amazing Mirror on the Game Boy Advance. Now in the hands of Shinya Kumazaki, Kirby was back and carrying the spirit of the likes of Adventure and Super Star.

Return to Dream Land deals with the alien stranger Magalor requesting Kirby’s assistance in traveling through space to solve a problem. If that brief, abridged description sounds familiar, that’s because it’s the same story template of Super Star’s Milky Way Wishes. I can appreciate the nod to the SNES and the twists the game takes a bit later on were only heightened by the familiarity I felt. It helps that Magalor himself was likable and entertaining in his lines and animations, making him stand out from Marx in spite of their similarities. 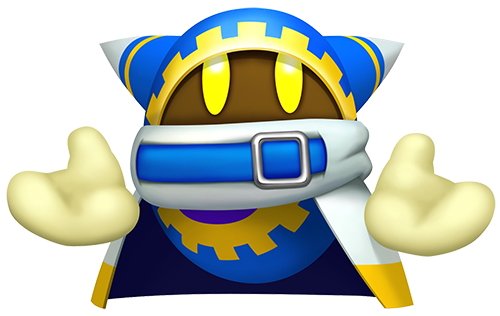 With eight fully featured worlds each containing multiple stages with at minimum three collectibles each, this is one of Kirby’s longest and largest adventures yet. From Cookie Country to Nutty Noon, and even to a completely different planet away from Pop Star; Return to Dream Land’s locals don’t disappoint and have a great selection of set pieces and challenges within its stages. All of this is expanded on when you take into consideration how many copy abilities there are, how many skills they all have, and of course the title’s flagship feature: four-player cooperative multiplayer.

With how much effort it took to get right, it’s no surprise that the multiplayer feature is a complete blast to play. Four Kirbys running around the screen, each with a different copy ability, is a real treat, though the stubby sphere wasn’t adventuring alone this time. Other players can freely switch to series regulars Meta Knight, King Dedede and Waddle Dee (sporting a stylish bandana straight out of Super Star) for alternate options. Each of the three plays as if they always have a certain copy ability, those being Sword, Hammer, and the newly introduced Spear respectively. While nothing in the game is locked behind multiplayer, it makes almost every mode more fun and can create some memorable couch co-op moments. 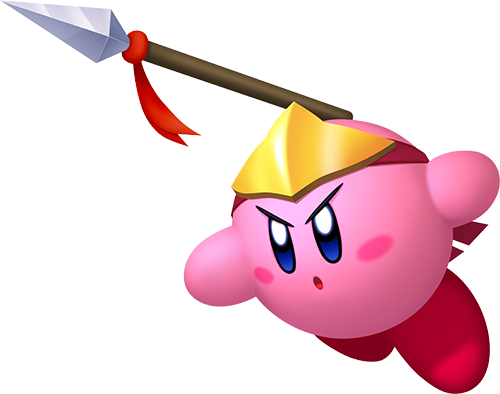 Super in more ways than one

The number of copy abilities in the game ensured a great amount of variety, and their movesets were more full and established than ever. New additions like Water and Leaf kept things fresh and fun, though the game had one other trick up its sleeve. At certain areas of the game, Kirby would come across a particularly tough enemy that would leave behind a Super Ability. These ultra-charged versions of Sword, Beam, Fire, Ice and Hammer (some of Kirby’s oldest and most recognizable powers) could easily wipe out any enemies on screen while also being used to solve environmental puzzles and clear out obstacles. If used correctly you could also reveal portals to strange dimensions with a wall of darkness constantly chasing you. Get through these and the recurring mid-boss at their end and you’d be rewarded with Energy Spheres for Magalor’s spaceship, the Lor Starcutter. 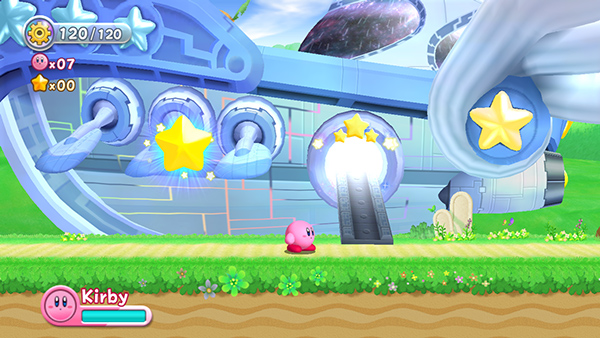 With enough of these Energy Spheres, you could unlock additional challenges aboard the Starcutter, giving you opportunities to really test your skills with certain copy abilities. These challenges were a highlight of the game’s otherwise underwhelming sub-games (with the exception of the Arenas, which were particularly great this time around). Kirby would find himself in a sort of obstacle course themed to a single ability, being timed and tasked with collecting medals to increase your score. These challenges were such a nice aside that more were made for Kirby’s Dream Collection in 2012, as well as unique races against Magalor himself.

All of this looks spectacular on the Wii, with a bright and vibrant style that captures Dream Land in all its glory. In that respect, the extra development time paid off. Taking inspiration from Crystal Shards, the stages were fully 3D on a 2D plane though without that game’s tendency to curve around the environments. The music in the game was also a treat, with both remixes of Kirby standards and new tracks that suited the game’s areas spectacularly delighting players the whole way through. I have to make special mention of the songs Sky Tower and C-R-O-W-N-E-D, though as a whole this is one of my favorite Kirby soundtracks and in my opinion the best in the last decade.

Kirby’s Return to Dream Land was just that: a return to form for the series that represented a new style that following games have held to. Both Triple Deluxe and Planet Robobot owe a lot to what this game started and while it leads to these games being similar to each other in almost all regards they’ve all done something to forge their own identities. Return to Dream Land stands out as the only one of these three on a home console. It’s my hope that the next Kumazaki directed game that makes it to an HD system is just as impactful and enjoyable as this Wii classic was, and that it doesn’t take nearly as long this time.