With Kirby’s Dream Land released, players were introduced to the wonderful world he and the likes of Waddle Dee and King Dedede hail from. However, anyone playing that game after being introduced to Kirby in, say, Super Smash Bros. or any of his more modern outings would be a little surprised at just how many of his games’ now synonymous features weren’t available on the Game Boy debut.

That’s where Kirby’s Adventure comes in.

Bring on the Copy Ability!

Released in 1993 for the NES, Kirby’s Adventure was the floating marshmallow’s first console title and codified many of the elements that make a Kirby game just that. This isn’t to dismiss the importance of the original, but rather to highlight just how much improvement came along with the sequel. Masahiro Sakurai and HAL Laboratory had gifted the world with an inarguable success and truly established Kirby as a classic (and lovable) character and series. The best part was that all of this came without losing any of the magic of its predecessor, using its foundation of strong level design, unique character mobility, and stellar audio and visual presentation to naturally progress to one of the finest entries in the long list of fantastic games. 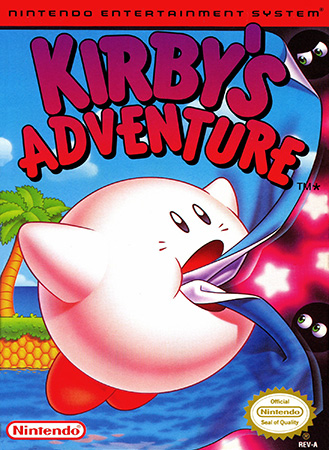 The most notable addition by far was the now trademark Copy Ability. This was the very first game where Kirby could inhale his enemies and gain their powers for both combat and puzzle solving. The game introduced 24 abilities, among them series mainstays Beam, Sword, Fire, Ice, Spark, Parasol, Hammer, Stone, Cutter and Wheel. The amount of work it took to program all of these abilities was comparable to what it would take to develop several NES games, showing just how much time and effort went into developing what many would call the defining feature of Kirby games.

The world and story of Kirby’s Adventure were all natural and notable progressions from Kirby’s Dream Land as well. The game featured seven distinct areas to travel through, each of which featured a hub room, multiple levels, the first examples of sub games to the series, and a boss. These stages featured puzzles and secrets that required proper use of the copy abilities, as well as a host of enemies standing in your way. Kirby had to travel through all of these in order to make his way to the Fountain of Dreams to stop King Dedede, who had tampered with it and broken the magical Star Rod. It was up to Kirby to right this wrong in order to bring sweet dreams back to Dream Land! 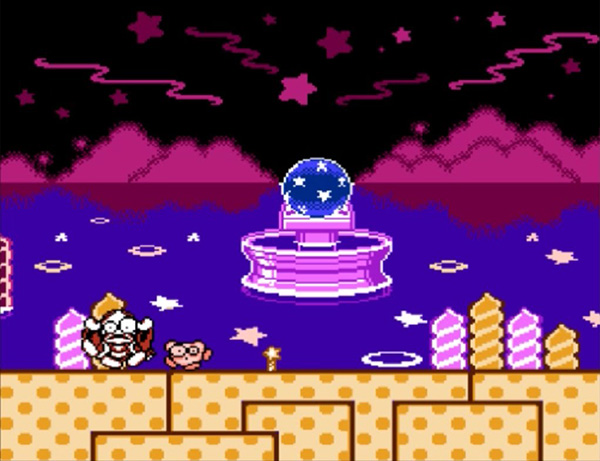 While this could have been a perfectly serviceable plot, Kirby’s Adventure instead strove for exceptional and brings a great twist to the finale. King Dedede actually had the best of intentions, and upon completing the Star Rod Kirby releases the much more threatening and mysterious Nightmare. With a little help from the King, Kirby gives chase for a final showdown in space both atop Warp Star and on the surface of Dream Land’s moon. This also started the tradition of providing an overwhelmingly powerful object as a power-up for the final boss, in this case the very Star Rod you’d spent the game repairing. With its power you’re able to defeat Nightmare’s multiple forms and truly repair the Fountain of Dreams.

The characters we love

While Kirby was still the cute hero he had been on Game Boy, King Dedede’s characterization grew considerably on NES. Still a self-important monarch, this game showed that he’s not as bad as a kingdom-wide food thief would be expected to be. Rather he acted for the good of Dream Land while still being in stubborn opposition of Kirby’s means towards the same goal. It’s not till he’s been defeated that he even attempts to tell Kirby what’s really happening, but it’s also only with Dedede’s actions that Kirby is put into a position that he can defeat Nightmare. While this isn’t the most complex storytelling overall, the added depth of these two’s relationship has served the series well and in particular made Dedede all the more endearing to fans. 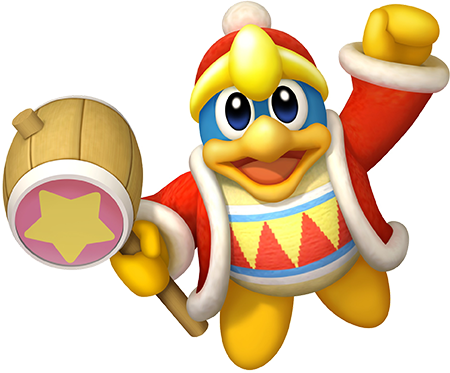 Speaking of standout characters, Kirby’s Adventure was the first game to feature Meta Knight. This cloaked, masked swordsman serves as the boss of the second-to-last-level and provided a unique boss fight that’s shaped his interactions with Kirby for years. Rather than face you and your abilities, Meta Knight requests an honorable duel, providing a sword for Kirby and showing that even if they’re opponents that he’s not without morals. Meta Knight’s popularity allowed him to join Kirby and Dedede as the three most recurring and notable faces of the franchise, solidifying the cast for future games. Speaking of recurring, Whispy Woods and Kracko make their second appearance in the series this time around and also introduced us to Mr. Shine and Mr. Bright, a living sun and moon that would go on to appear in future games and spinoffs. 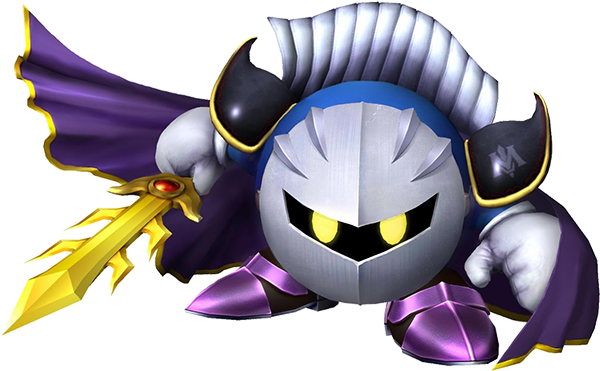 Kirby made the NES shine

Kirby’s Adventure was also a achievement in harnessing the NES’s power to the fullest. As a title released towards the end of the console’s life cycle, it had a wealth of development experience behind it. This shows in its uses of parallax scrolling, layered backgrounds, vibrant visual effects, and even moving 3D sections. This and the above mentioned programming work that went into creating the copy abilities lead to it being one of the largest NES cartridges at six megabits of data. The soundtrack was incredible as well, bringing several now classic themes to the series. Among them are the upbeat and lively Ice Cream Island, the more mellow and dreamy Grape Garden, and the instantly recognizable sounds of my personal favorite song in the entire series, Butter Building.

An adventure that paved the way

Kirby’s Adventure is a game near and dear to my heart, showing unmistakable growth from its predecessor and an amount of charm you can only find in Kirby games. The importance of this game cannot be understated, and while it’s not my absolute favorite, it stands very close to it. Everything about the game brings a smile to my face both from the warmth of nostalgia and the appreciation of incredible game design. While there would still be further refinements to come that push the series to its highest points, this NES classic deserves the praise it’s given and then some and comes highly recommended to anyone that wants to see just what Kirby is all about.