Ever since Paper Mario: The Origami King was announced for Nintendo Switch, we’ve been seeing a number of bonuses announced when people place pre-orders for the game at specific retailers. Most recently, EB Games Australia has revealed that those who pre-purchase the game through them will receive the same Paper Mario Origami Pack that Nintendo UK is offering fans. (EB’s bonus won’t be including the magnet set though.)

The cute pack includes 12 sheets of origami paper, along with instructions for how the different creations can be made — with Princess Peach being one of the characters! 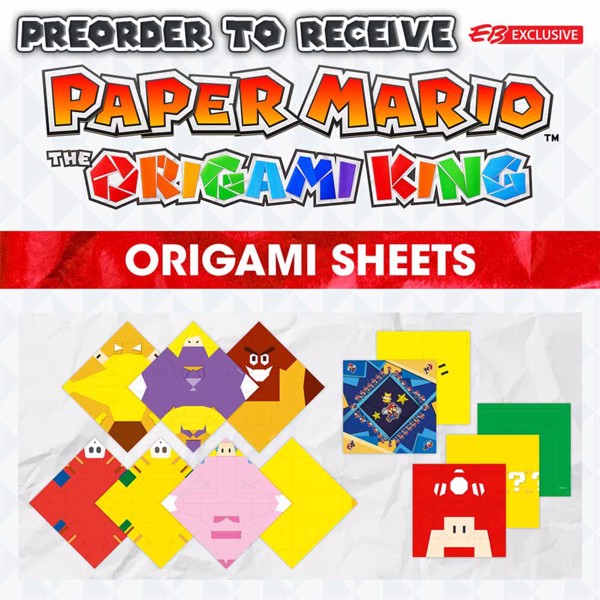 There’s no word yet on the origami pack or magnet set making their way to stateside yet; and the same goes for the fantastic origami box that Japan is receiving as a bonus. So far, GameStop is the only retailer here in the US offering a bonus with pre-orders for Origami King. You’ll receive a cute pin set featuring Mario and Peach when placing your order there.

If we do get word of any other bonuses, we’ll be sure to let you know!