Capcom’s bot-busting boy is celebrating his 30th anniversary enacting Reploid retribution. As such, Dr. Light’s love child is getting the star treatment this year — from collectible cartridges, 16-bit compilations, and an animated television show to the retro revival of the long retired numbered series. Of course, no birthday bash would be complete without a heartfelt reflection through one’s more pixelated past.

So dust off your mechanical doggos and crack open those Energy Tanks as we explore why storming Dr. Wily’s many castles for the hundredth time is well worth beaming back on Switch. 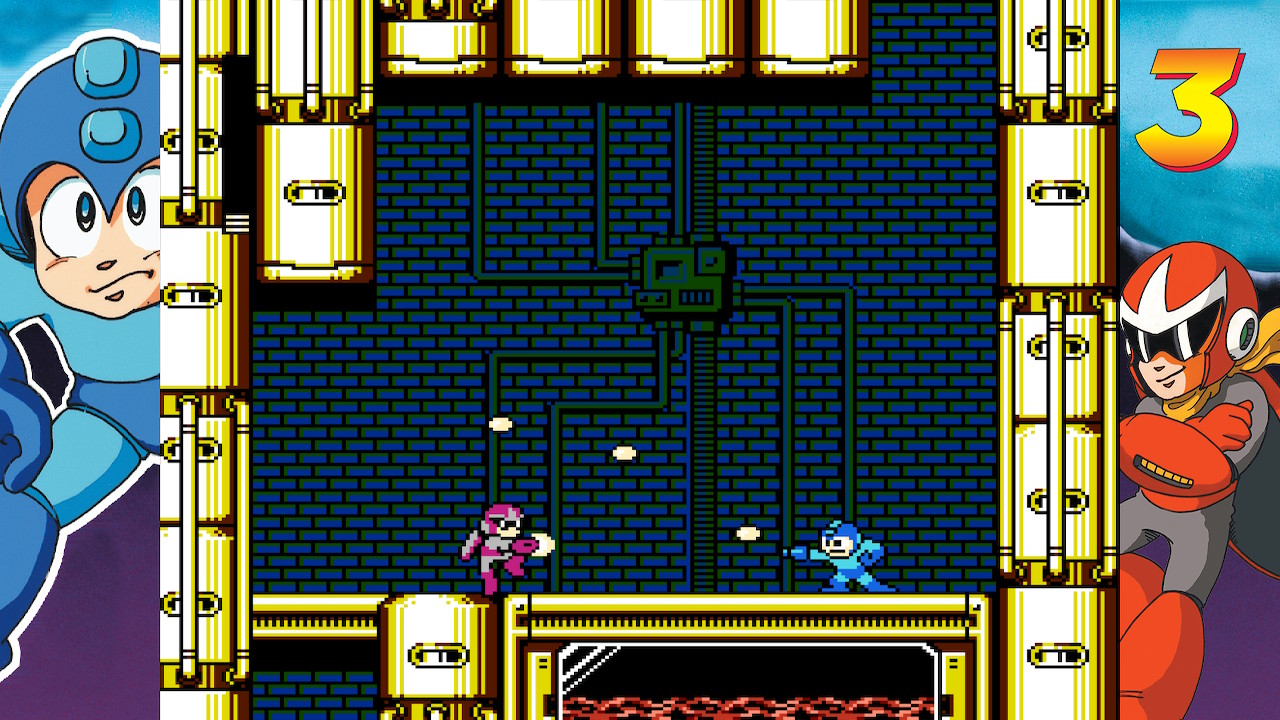 For the uninitiated, Mega Man games are widely considered to be amongst some of the finest pixel platformers this side of the Mushroom Kingdom. Players hijack the circuits of a scrappy super fighting robot, Mega Man, on a mission to stop the nefarious Dr. Wily and his renegade Robot Masters from (*gasp*) trying to take over the world! I know what you’re thinking. Pinky would be proud.

Cheesy Saturday morning cartoon plot aside, it’s the action-oriented gameplay that makes jumping a time capsule to the year 20XX so enticing. Responsive controls, expert level design, and rockin’ soundtracks make up the bulk of the Blue Bomber’s blueprint. Each stage proves a test in patience and precision platforming, with clever mechanics and formidable foes keeping even the most battle hardened bots on their toes. As such, all six of Legacy Collection’s 8-bit offerings are well worth blasting through — especially the phenomenal second and third entries. 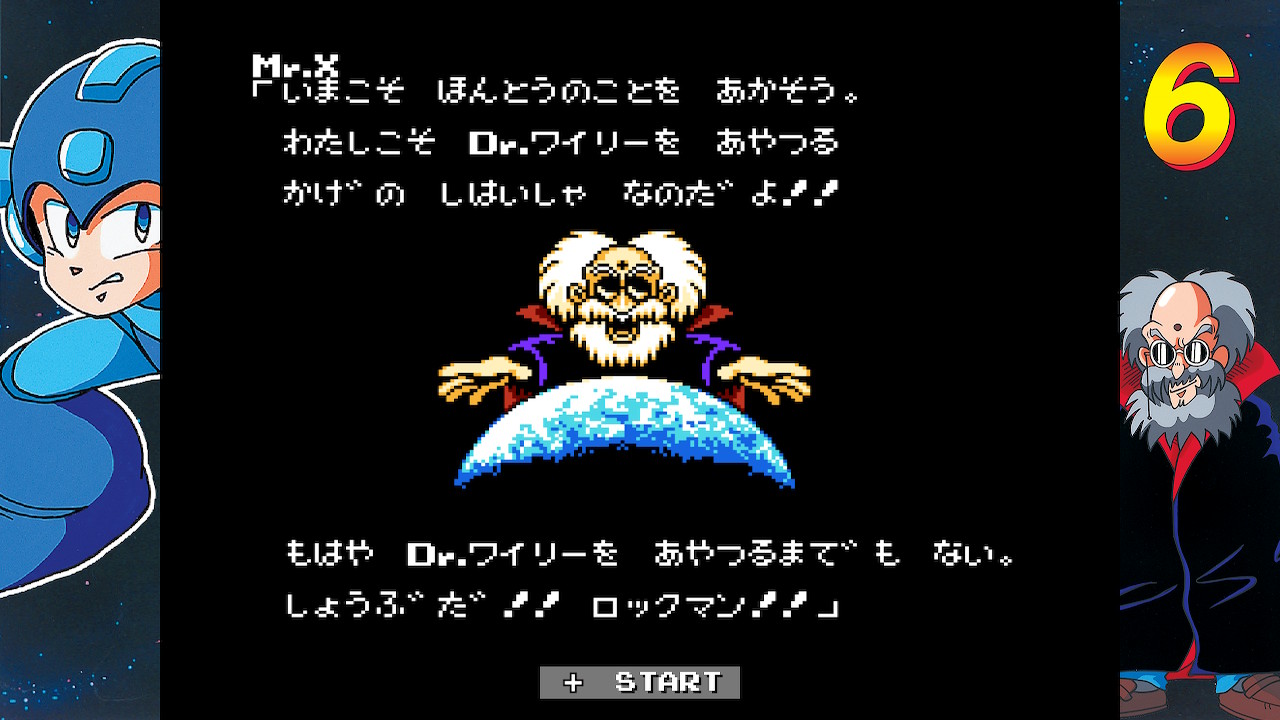 But what if you’ve been bustin’ up bots since you were old enough to nurse a NES controller? Will Legacy Collection scratch that eternal itch for both the nostalgic and new? Fortunately, there’s an adventurous addition in the form of timed challenges to rock and roll through. These remixed gauntlets stitch together various locations from the six main games into thematic obstacle courses — complete with online leaderboards for showing off your pixel prowess to the world.

More than just bragging rights, the leaderboard also proves a vital tool for refining strategies and mastering Mega’s many mechanics. Struggling with a particular stage? Curious how the gods of gaming could beat Yellow Devil within 20 seconds? Simply select the top ranked runner and revel in replays!

Outside this new mode there’s not really much else. Each game has the option of three aspect ratios (original, wide, and full), as well as two additional visual filters meant to replicate old TVs and monitors. CPU speed can also be adjusted on a whim, fixing graphical slowdown commonly plaguing areas where too many enemies were bombarding the screen. Most importantly, though, there’s the option to mess with the button configuration. You know, in case you miss the good ‘ol days when ‘A’ jumped and ‘B’ fired. (Trust me, the defaults are way more comfortable.)

Legacy Collection comes packing a treasure trove of both conceptual and promotional artwork to browse through at your leisure. This Museum of Mega also houses a detailed bestiary for each game’s many fiendish foes. Beyond a sneak peek at stats and weapon weaknesses for each and every Robot Master, you can battle any one of them at will — perfect for testing new strategies and learning those tricky attack patterns. (I’m looking at you, Wood Man.)

As anyone who’s ever strapped on a Mega Buster will tell you, the original series features some of the greatest chiptunes to ever blast out of a CRTV. After all, they don’t call him Rock Man over in Japan for nothing! Fortunately for music buffs, a built-in jukebox contains every original song from all six games for effectively drowning yourself in 8-bit nostalgia — whether the manic pings of Metal Man’s stage or somber symphony of MM3’s title sequence. Just don’t expect it to be as fully featured as your MP3 player of choice, lacking in basic functions like fast-forwarding, looping, or autoplaying the next song on the list. 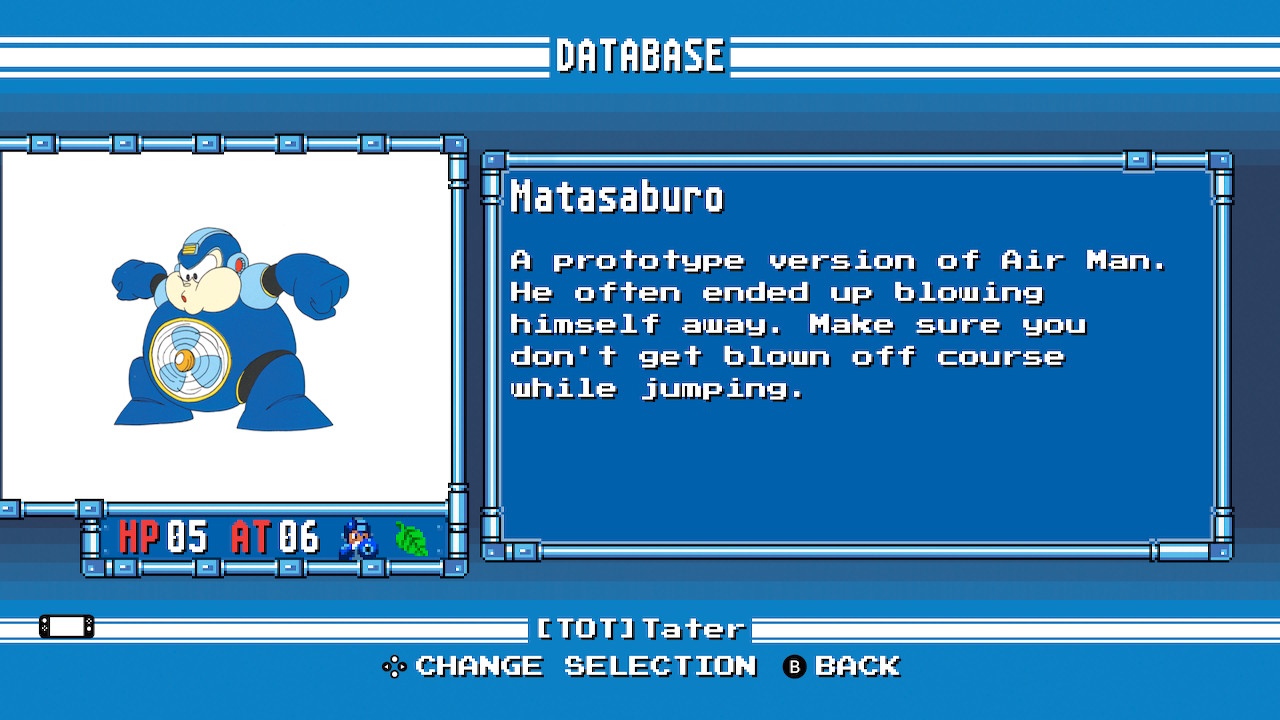 All in all, the archive proves a welcome bonus that gives the collection a slightly more criterion feel than merely bundling together a bunch of old games. I do, however, feel Capcom could have gone the extra mile by offering a few unlockables outside Challenge progression. While high score chasing in the leaderboards provides a fair amount of replayability, tucking some bonus games or developer commentary videos behind achievements much like the Mega Man collections of yesteryear could have gone a long way in satiating this fan’s appetite. Mega Man & Bass, Mega Man Soccer, or Mega Man: Power Battle, anyone?

I also can’t help but mention the missed opportunity to package both Legacy Collection 1 and 2 together into a single product for the Switch. Admittedly it’s a minor gripe, but I found keeping the two as separate downloads diminished the feeling this was the definitive version of Capcom’s most classic of franchises.

Of course, none of this is news for anyone who’s played the collection in the past two years. Though it’s worth mentioning that outside the power of portability the Switch does have a few neat tricks up its bionic sleeve. Outside a single restore point for each game, Capcom took a Pagie from Microsoft’s Rare Replay and bestowed the Blue Bomber with full-fledged time altering abilities. (Sorry Flash Man, but your assistance is no longer required.) By simply holding the left trigger, you can roll back gameplay, allowing you to bounce back from pitfalls and avoid a most sparkly death without skipping a Beat.

Figure fanatics who like to settle things in Smash also have a bit of good, albeit predictable, news. Scanning either the Gold or regular Mega Man amiibo unlocks 11 additional challenges previously exclusive to the 3DS version of the game. These satanic stages were created by Mega Man fans all over the globe, more often than not requiring an Energy Tank and a prayer to power through. Thankfully, the game supports 30 second video capture, meaning you can share your victories (and struggles) through social media for all the world to see.

Newly manufactured and longtime Mega fans of the series alike will find that the Legacy Collection deserves a soldered spot in every Switch’s circuitry. While a more robust compilation would have been welcome, it still remains a beautifully engineered celebration of the Blue Bomber’s best.

For more on Mega Man’s retro revolution on Switch, be sure to check out our companion review for Legacy Collection 2! 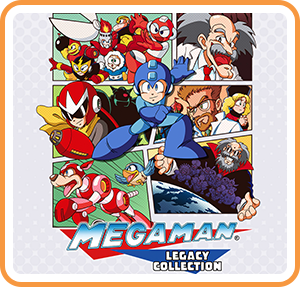