MARIO HAS NEVER LOOKED SO BEAUTIFUL 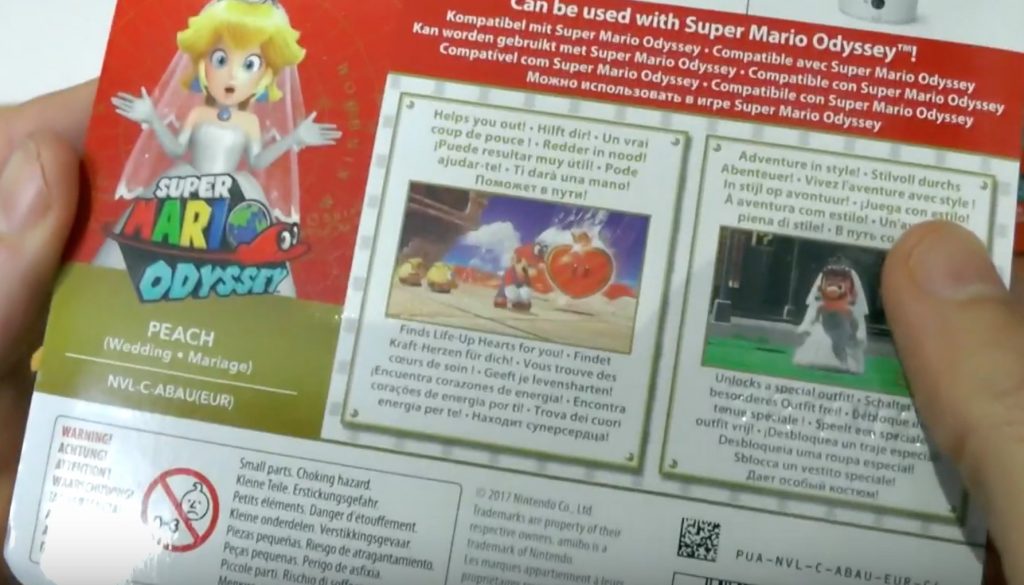 Are you ready for the latest fashion news in the world of Nintendo? It’s time for your favorite former plumber to take on a role you may have never imagined. Thanks to Family Gamer TV, we’ve gotten an up-close look at the back of the Mario Odyssey Princess Peach amiibo box, and it revealed something pretty surprising: Mario will don a bridal outfit once the Peach amiibo is scanned in. It looks like Peach’s newest competition has some mustache flair! Who da thunk it? 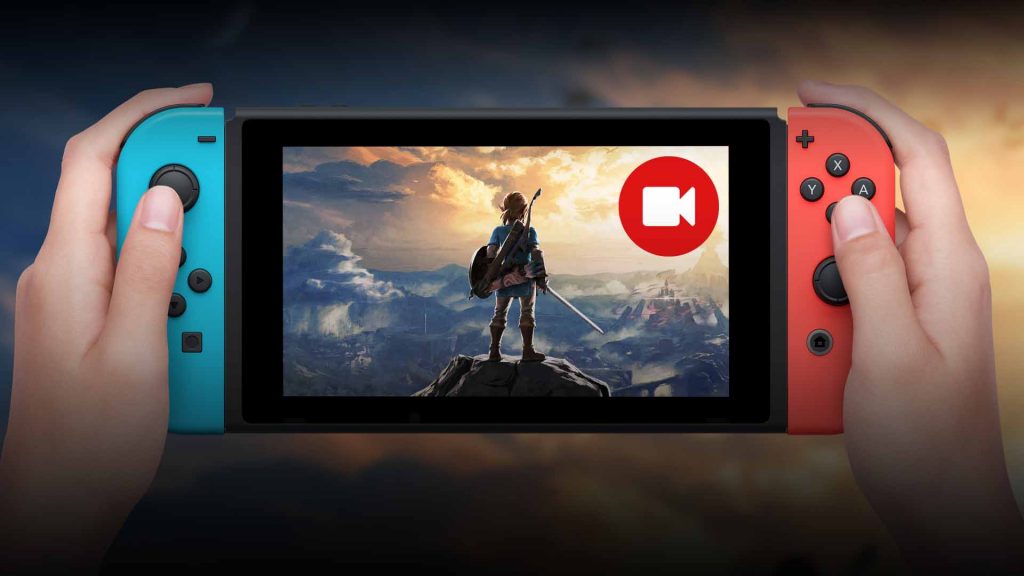 One of the biggest system updates since launch struck the Nintendo Switch late Wednesday evening. Not only can you finally transfer user data and saved games to another system à la the Wii U and 3DS, but the capture button got tweaked to record the last 30 seconds of gameplay footage for certain Nintendo staples. Just thinking about the cherished moments I wish I could have recorded in Breath of the Wild all those months ago has me positively itching to jump back into Hyrule.

TRICK OR TREAT, SMELL MY MAREEP 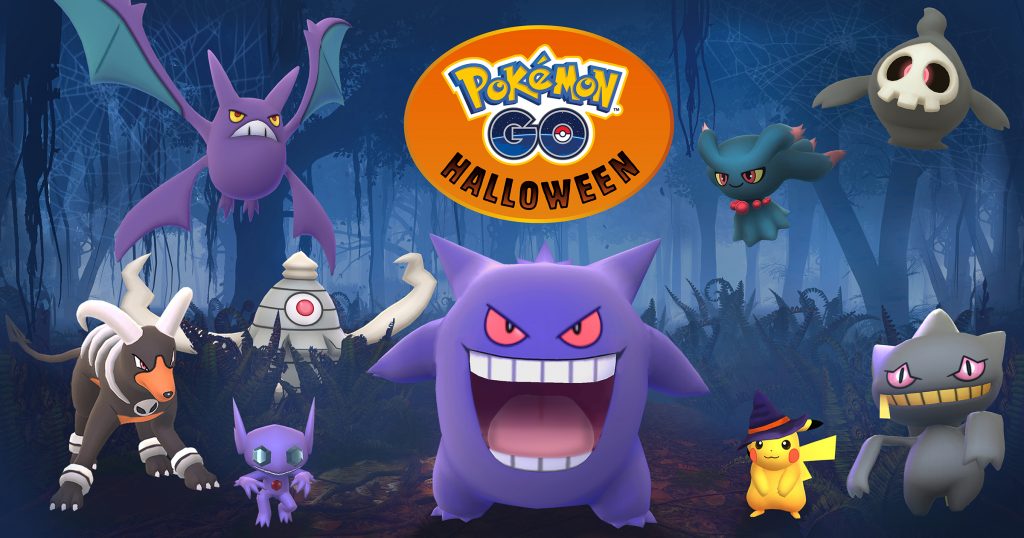 Get ready to bust some Ghost-types as Pokémon GO officially rolls out its halloween spooktacular! Starting today, intrepid Trainers can catch a flurry of frightening phantasms from the third generation of pocket pals, including Sableye, Shuppet and more. Click the link for more details below, then do us favor and get up and GO!

NINTENDO NEW YORK HAS A FEVER, AND THE ONLY PRESCRIPTION IS MORE MARIO ODYSSEY 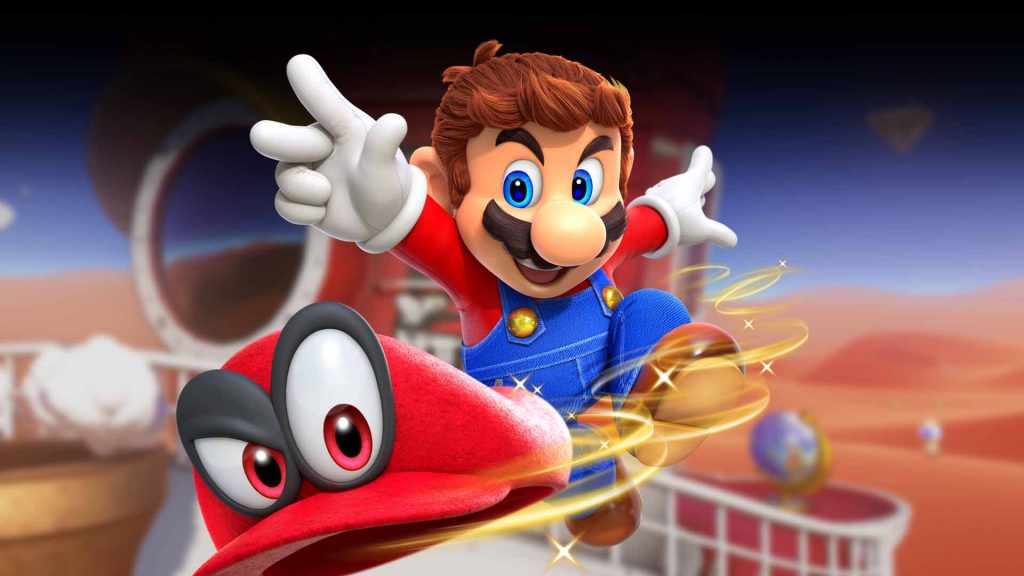 Straighten your hats and tighten those overalls, Mario fans: The final stop on the nationwide Super Mario Odyssey tour is fast approaching! Next Thursday, 200 lucky Nintendo fans will get the opportunity to line up outside Nintendo NY in Rockefeller Plaza for a chance to be among the first to purchase the game at midnight. For full details on what to expect from the event, be sure to toss that Cappy at the link below.

THE NINTENDO ESHOP TAKES A PEEK BEHIND ENEMY LINES 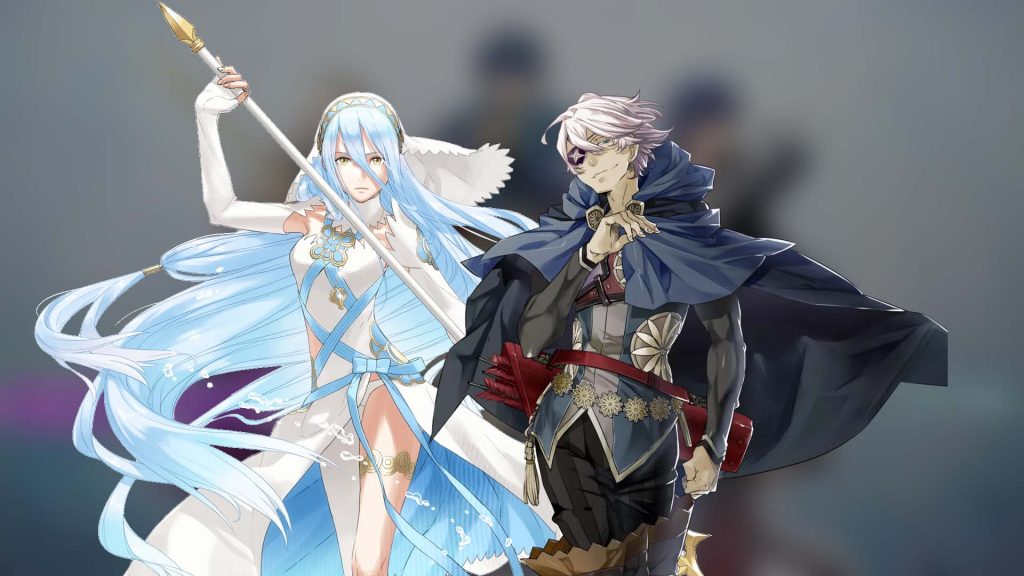 If for some reason you wanted to keep secret the characters being released in future Fire Emblem Warriors DLC packs, look away and forever hold your peace. For the rest of you Falchion fighting fanatics, Ricky Berg is here to walk you through everything gleaned in the spoiler-heavy eShop listing.

STICK IT TO YOUR FRIENDS, MUSHROOM KINGDOM STYLE 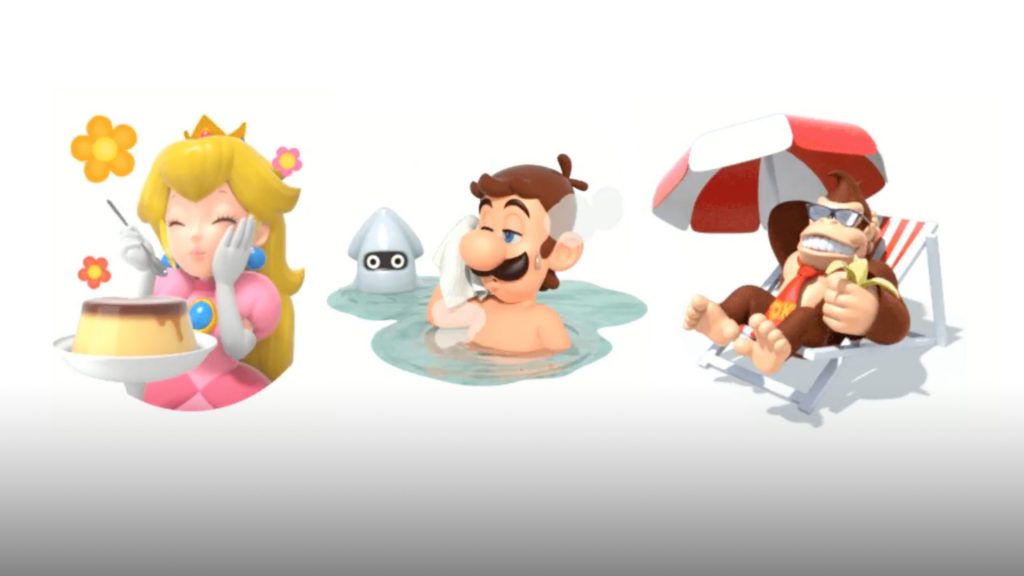 Looking for a way to power up your texts? Mobile chat app Line added a collection of Super Mario themed stickers to help spruce up your day. Feel free to swipe through our full sticker showcase and see what all the fire flowered fuss is about.

A SHIN MEGAMI TENSEI LIVESTREAM BRIBES FOR YOUR ATTENTION 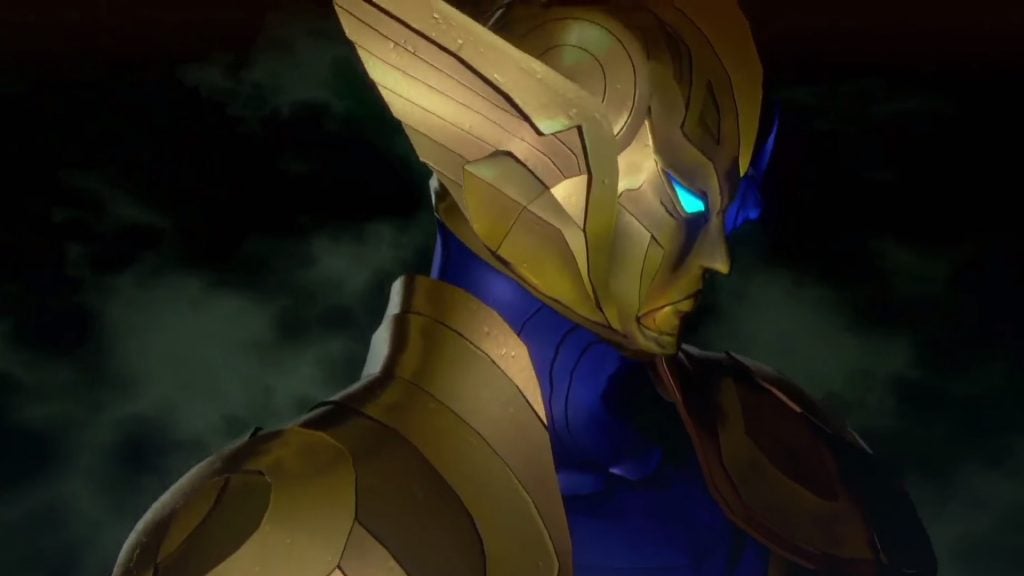 Listen up, Atlus addicts: The latest demon debating entry in the critically lauded Shin Megami Tensei series is getting a livestream reveal Monday night. No doubt many surprises will be in store as we finally get a glimpse into gameplay.

GETTING PHYSICAL WITH LIMITED RUN GAMES 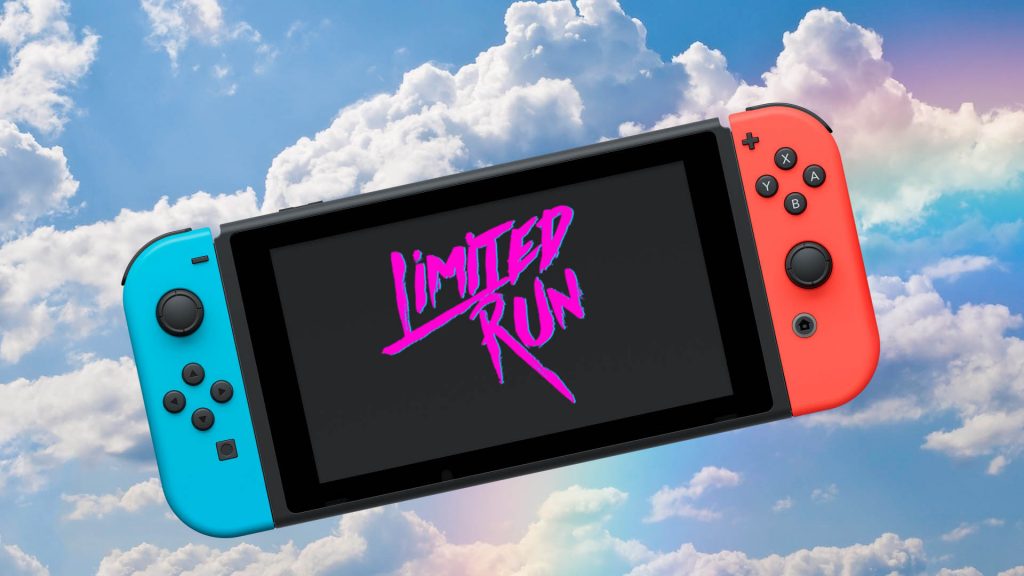 You heard right, fellow indie idolizers and display case collectors: Limited Run Games is gettin’ down and dirty on Switch next year! For those not in the know, LMR specializes in producing physical versions of select, otherwise digital-only titles for PlayStation 4 and Vita in limited quantities. Looks like I know what my New Year’s resolution will be come January 1st: Keep on neglecting my savings account. So far I’ve been killing it in 2017.

ANOTHER SUPER SONIC FORCES TRAILER SPEEDS ONTO THE SCENE

Sega of Japan is hyping up Sonic Forces with a brand new overview trailer, complete with fast and frantic gameplay footage, character customization deets and more. Needless to say, if you’ve decreed a need for speed, proceed to read the blurb below. Don’t forget to check out the instrumental version of Forces’ catchy theme song “Fist Bump” while you’re at it. 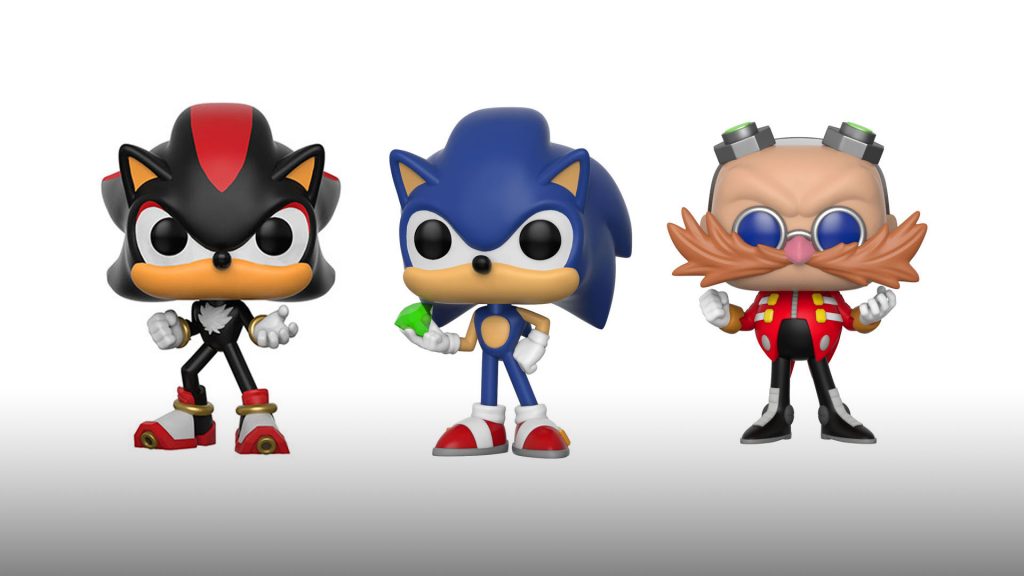 Speaking of blue-hued blurs, a new line of Sonic Funko Pops is spin dashing to storefronts nationwide this December. For those who just gotta catch ‘em all, be aware that half of the fast and furious figures are retail exclusives, so you’ll have to brave the darkest depths of your local mall’s Hot Topic if you want a full stack. Also, no Knuckles or Tails? What gives?!

HOW TO LOSE YOUR FRIENDS IN 100 DIFFERENT WAYS 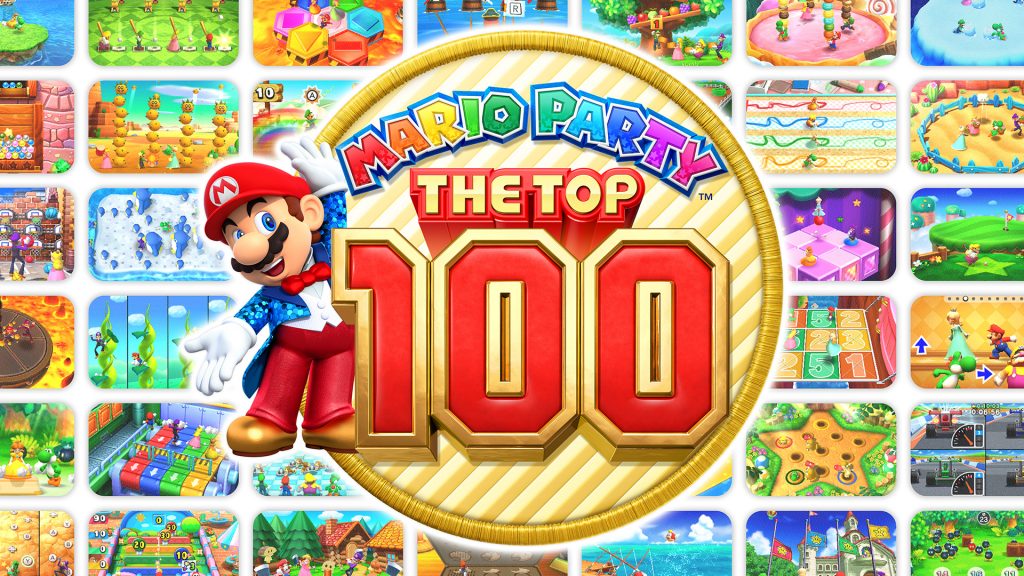 Excited to put your friendships to the test this November? Wet your warp whistles for minigame mayhem this November with the latest gameplay trailer for Mario Party: The Top 100, courtesy of Nintendo of America’s YouTube account.

*Disclaimer: Nintendo Wire is in no way liable for the loss in Facebook, Twitter, Instagram or other social media followers as a result of watching, discussing or purchasing this game. Please party responsibly.