Kingdoms Crossed: A Look at Mario Cameos and Easter Eggs

Last week saw the release of Mario + Rabbids Kingdom Battle, the long-rumored crossover that truly had to be seen to be believed. Officially revealed at E3 earlier this year, most people didn’t put a lot of faith in this game based on rumor alone, with good reason. However, after about five minutes of seeing the game at Ubisoft’s presentation back in June, I was completely sold.

With the game now in our hands, I’m definitely excited to venture out into Mario’s Rabbid-infested world, but I also can’t help but think of other times when Nintendo has lent its star franchise to a wacky crossover, or vice-versa. Last week, I took some time to look back through some of the red-clad former-plumber’s most interesting outings with third parties in Kingdoms Crossed: A History of Mario Crossovers, and this week I want to take a second look, focusing on little Mario references, cameos, or Easter Eggs in non-Mario games.

Back in 2004, and Konami released a remake of Metal Gear Solid on the GameCube, titled Metal Gear Solid: The Twin Snakes. This collaboration to bring MGS to a new generation with updated mechanics resulted in one of Mario’s most famous, most visible and most helpful cameos of the GameCube era. During a cutscene in Otacon’s lab, Mario and Yoshi can clearly be seen on a desk, and can be interacted with. Shooting Yoshi causes him to let out his trademark cry, and shooting Mario brings out the classic One-Up sound while healing a small bit of your health. 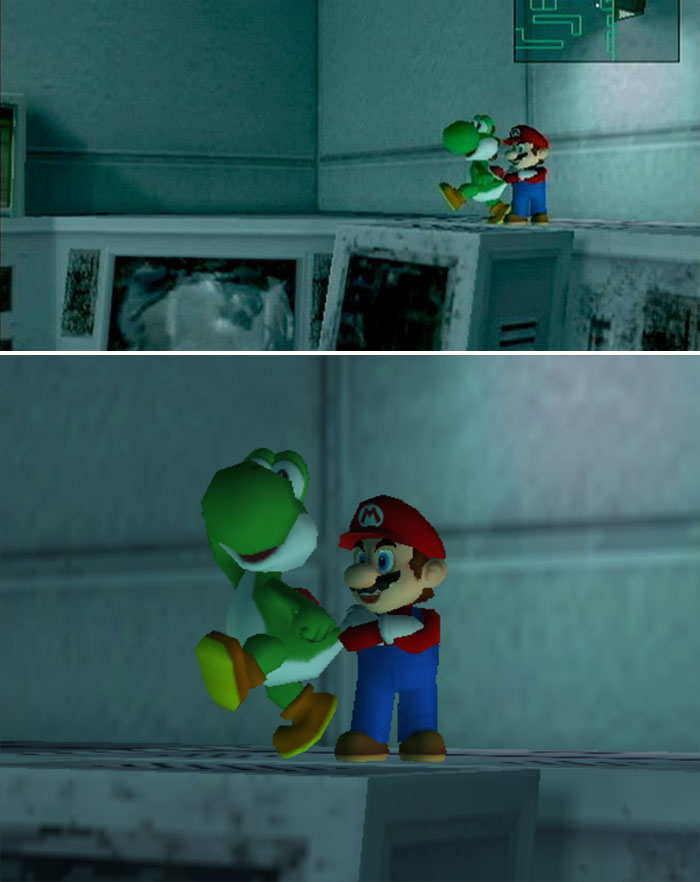 The third game in the GameBoy Advance’s Battle Network series, released in 2002 and 2003 in Japan and the United States, respectively, features a quick Mario Easter egg in the house of one of Lan Hikari’s friends, Yai Ayano. While exploring ACDC Town, players can venture into Yai’s house and explore the main room, where they will find Mario’s outfit hanging on the coat rack

SimCity, the popular PC game about building and running your own city, featured an unlockable Mario cameo exclusive to the SNES version. Released as a launch title with the SNES, SimCity had all the features of the PC version with a few added bonuses. Gone was the ability to have Godzilla attack your city; instead, the Koopa King himself would pay your city a visit, rampaging around just as Godzilla would. You can also unlock a Mario statue exclusive to the SNES version by drawing 500,000 residents to your city. 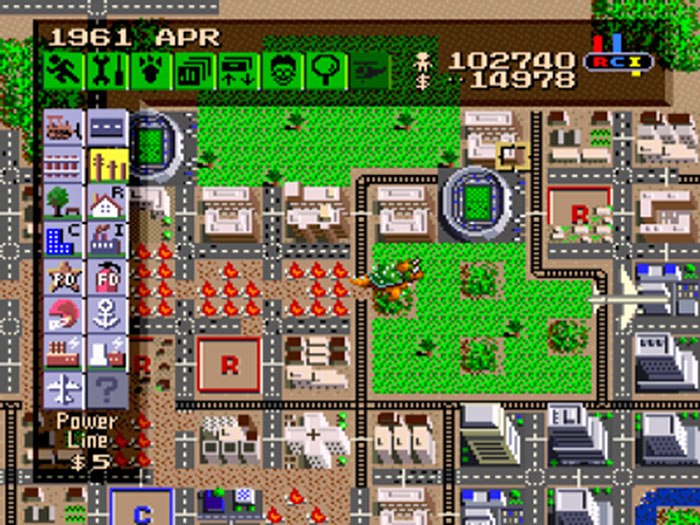 In the second installment of the Donkey Kong Country series, DK Coins are scattered throughout the game world for Diddy and Dixie to find, and upon beating the game your coin collection is compared to the collections of other legendary video game heroes in Cranky’s Video Game Heroes. Mario, Yoshi and Link all make cameos in first, second and third place, respectively. Beating a particular character’s coin total will knock them out of the running to be replaced by Diddy, and you must collect all 40 DK Coins to knock Mario out of first place. 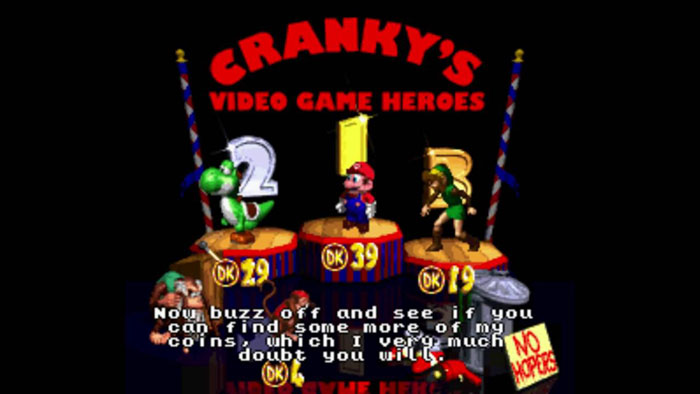 On a side note, there’s also a quick reference to Sonic the Hedgehog and Earthworm Jim on this same screen, items belonging to the characters can be seen next to a trash can labeled “No Hopers.”

Mario himself makes a few appearances in the Kirby franchise, and several other Mario-related references are made throughout the Kirby series. First up we have Kirby Super Star, which sees Stone Kirby occasionally transform into a golden statue of Mario. Also in Kirby Super Star’s sub-game, The Great Cave Offensive, several treasures make references to Mario and other Nintendo games. In Kirby: Planet Robobot, Stone Kirby can take the form of Mario once again. Various enemies and items from the Mario series are included or directly referenced in the majority of Kirby titles as well. 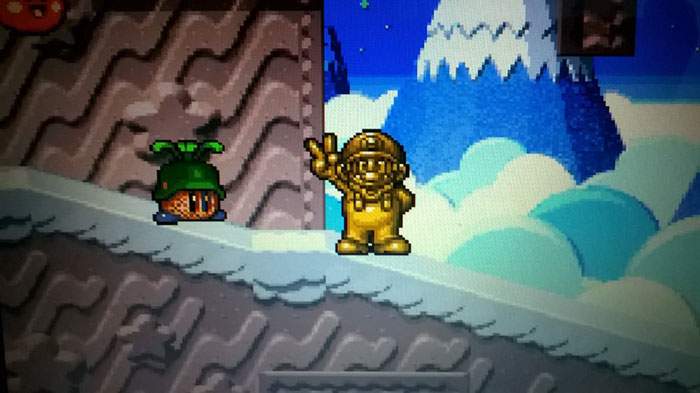 Mario is undoubtedly the most iconic video game character of all time, which has lead to very, very many cameos over the course of the last 30 years. While I would have loved to cover them all in this article, there were just too many. Who knows, maybe down the line they could be featured in another edition of Kingdoms Crossed. Let me know all your favorite Mario Easter Eggs over on Twitter or Facebook, I’d love to hear about them!