Crossovers have a way of drawing me in, even if one or more halves of the formula aren’t exactly known to me. I can go on and on about Mario, but other than “those screaming things that used to be Rayman related” I knew next to nothing about Rabbids. Factor in a focus on tactical, position-based combat with blasters, cannons and guns, and this game is something I didn’t know how to feel about for the longest time. Now that I’ve played it from beginning to end, I still don’t know much about Rabbids, but I’ve grown attached to the ones at the core of this game and have seen Mario and friends in a completely new light. It’s not a perfect game, but if this is a sign of the kind of collaborations Nintendo takes part in I can’t wait to see what comes next.

Fusing the pieces together

When Mario + Rabbids starts, you’re put in a Mario themed room of an inventor, hard at work refining her SupaMerge headset — a device that takes two things and combines them into one. Seems fine enough until the Rabbids arrive in their hybrid Time Washing Machine and start to make themselves at home. As the SupaMerge starts to go off, they begin to combine with the decor, giving us the origin of the playable Rabbids — and they eventually warp into the Mushroom Kingdom, where the majority of the now-corrupted and merged Rabbids start to make their mark.

All of this crashes a ceremony at Peach’s Castle, scattering Mario, Luigi, Peach and Yoshi across the now-merged Kingdom and sets the wheels of adventure into motion. Guided along by AI companion Beep-O, it’s up to Mario, his friends and the friendly Rabbids to set things right by finding an unlucky Rabbid fused to the SupaMerge itself to undo all of this before the distortion gets even more out of hand. 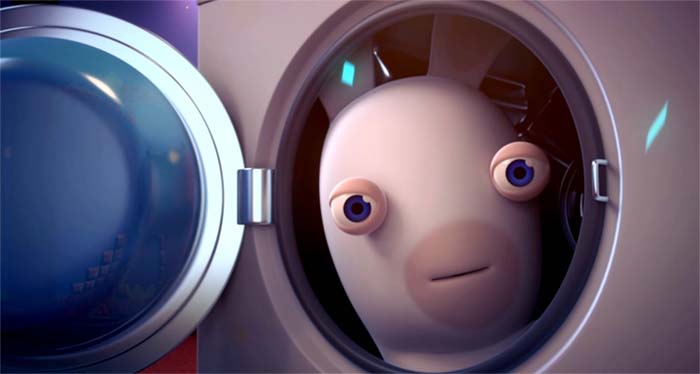 I appreciate the attempt to show me the “how” of all this, especially when most games starring Mario just sort of cause things to happen because Bowser felt like making trouble that particular weekend. Speaking of which, Bowser’s son gets to handle most of the villainy this time around by kidnapping the SupaMerge Rabbid. Naming him Spawny, Bowser Jr. ends up being a fitting antagonist, his childishness highlighted alongside the raving invaders. All of the Mario characters are on point with their animations and personalities, really, but Jr. ends up with the most lines and character, and whenever he answers a call from his vacationing papa, you can expect there to be a few laughs. The playable Rabbids were all endearing, with personalities told through their animations and introductions, and if you’re a fan of their particular brand of humor, you can enjoy it to its fullest when spotting plenty of them wandering around the worlds, getting into trouble.

Gameplay involves exploring sections of the game’s four worlds, entering designated battle maps, solving puzzles, finding secrets and eventually taking on boss enemies. Exploring is fun in its own right, with the environments being imaginative mashups of Mushroom Kingdom themes, ordinary items that were in the room from the intro cinematic and a whole lot of Rabbids. Beyond the sights you’ll find plenty of coins and treasure chests (stocked with collectibles and weapons), though some will be hidden or blocked off. That’s where puzzle solving comes in, along with abilities Beep-O will acquire as you progress like being able to push blocks or carry switch-activating statues. It’s paced fairly well, and if you don’t care for completion, a good portion of those can just be bypassed to get straight to the heart of the game: the battles. 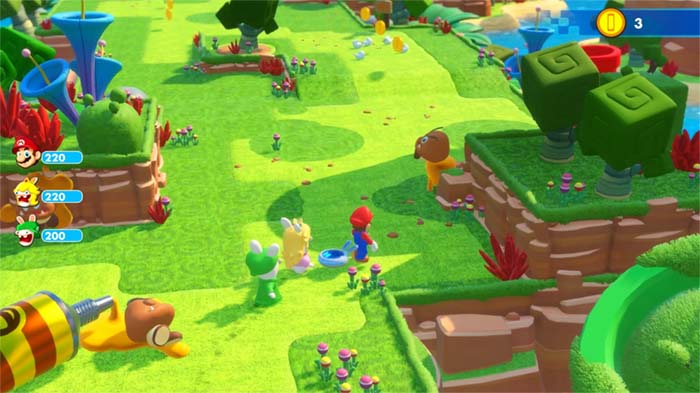 All about kicking ass and taking names

You control a squad of three characters, each with varying skills and weaponry, across battlefields with plenty of blocks to use as cover, pipes to travel through, and sometimes different levels of height to potentially use as vantage points. The goals on these maps range from defeating all enemies (a certain number of enemies total), getting to a designated point at the end, or escorting another character that can’t attack to the end. Common to all our heroes is a dash attack to strike enemies for extra damage and the ability to leap off of allies for potentially greater movement. You’re able to do each of these once per turn per character along with their standard, grid-based movement. With careful positioning, you can pull off calculated team combinations, like having one ally dash attack an enemy to soften them up before another leaps off of the first to land on higher ground and pick off the just-struck enemy. It’s satisfying to pull off and a feeling of achievement comes over you because of your know-how regarding the lay of the land and character positioning.

It’s not just movement skills that matter, though. As you unlock and purchase weapons, you’ll gain access to special types of shots that add on effects to critical hits, sometimes with bonuses for certain enemy types. These include being able to bounce them away from you (and potentially off the map), sticking them in place with honey to keep them from moving and plenty more. My favorites ended up being using ink to keep enemies from attacking for a turn and being able to turn them to stone, where they become unable to do anything at all. That said, all the effects have their uses and preferred times to use them; and with single characters having access to only two of these effects across their whole arsenal of primary and secondary weapons, it pays to think about how they’ll potentially work with each other in a given battle ahead of time. 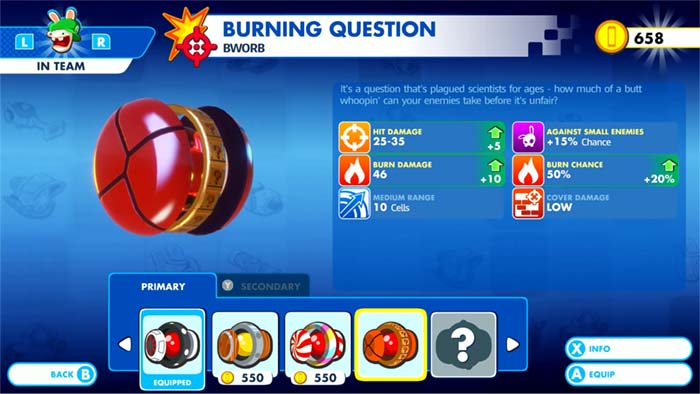 Characters further differentiate themselves with their skill trees. When progressed, the skill trees give the characters defined roles and specialties, as well as boost their existing ones. While both Peaches have access to defense and healing abilities, they end up very distinct from each other. Princess Peach is better up close and personal thanks to her shotgun-like weapon, and is able to distribute damage from allies to herself and heal a small amount any time she can pull off a Team Jump. Rabbid Peach, on the other hand, works best from midrange, with a remote sentry that can get in close while she stays covered and a special ability that heals a large amount once every few turns. Even with skills that overlap from character to character, there are slight distinctions to differentiate them and make the choice of who you’re using really matter. The game even lets you re-spec your characters to experiment and try everything out before you’re far enough along to access everything.

All of these things blend together to create battles that are fun to plan for and to execute. With new enemy types and world-specific elements being added as you progress, there are always different ideas and strategies to consider. Putting them in action and seeing a team-wide strategy come together is extremely satisfying. Even failures can be fun, encouraging you to either invest in some new weaponry or change up your squad lineup. It won’t be ’til the late game that you’ll have full access to potentially everything, but it’s possible to replay maps and take on extra challenges once you’ve completed a world. Revisiting worlds will also let you grab previously locked off treasure chests and special, hidden chapters with extra powerful weapon rewards. 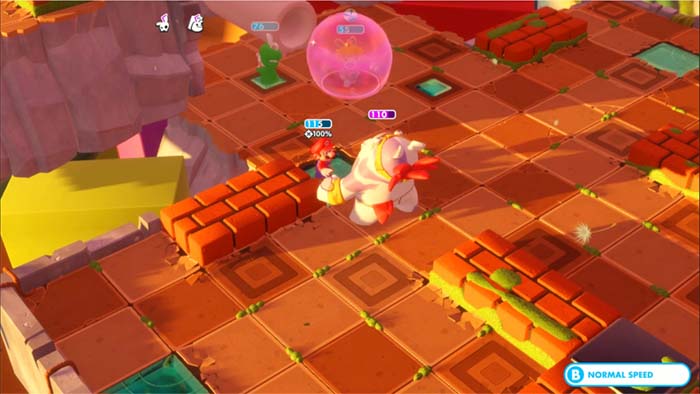 As much as I got into the core gameplay, there are a few issues that came up during my time with the game. The four game worlds fall into a sort of routine as far as exploration and puzzles go. The difficulty was never too daunting, with a great challenge curve throughout the game, but I occasionally found myself repeating a map a few times before a strategy came together. This could be frustrating, especially since via their turn-based nature the maps could take a while to work through when repeated. Sometimes the camera would cut to a less than desirable angle, due in part to how much cover and elevated areas dot the battlefields, and maneuvering it to get a clear feel for things in the middle of a fight could be troublesome from the default view.

Occasionally, there would be slowdown when multiple effects and attacks are on screen at once, such as a critical hit triggering an exploding block on the battlefield while your own character has a special ability up. There was also noticeable and regular stuttering whenever I’d boot up the game from sleep mode, both in handheld and docked modes. I experienced a few instances concerning audio issues, and once had my Joy-Con rumbling for an entire map. These were all minor in the grand scheme of things, but the regularity of the sleep mode related issue is worth noting. It’s a credit to the game itself that I still thoroughly enjoyed it despite these troubles, though I hope a future patch can smooth things out. 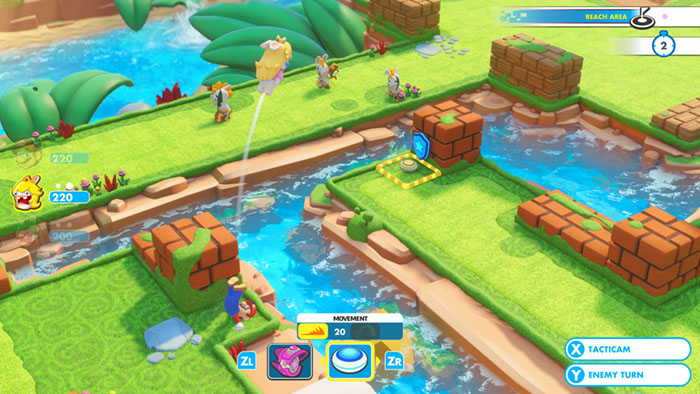 This last point I’d like to make lies somewhere between a complaint and a wish; either way, it’s worth noting: I feel that the game didn’t go as far as it could have with the Mario crossover elements. There’s plenty of references in the weaponry, and Chain Chomps and Boos even get to be map elements sometimes — but with so much history and plenty of characters I can’t help but want more. To put it simply, it’s a shame we didn’t have a larger cast. The four playable Mario heroes and their Rabbid counterparts feel so well done that it’s a shame we didn’t get more of them. The Rabbid Kong that’s been shown since the reveal was great, but neither it nor our playable heroes get to meet the real DK. That said, there’s a late game midboss encounter that didn’t disappoint on this front, but there’s a lot of potential here to build off of when it comes to the existing design.

Looking back on my journey through Mario + Rabbids Kingdom Battle, I find myself thinking about just how much fun I had with every part of it. There wasn’t a moment when I felt like I wanted to stop or that things weren’t enjoyable. The feeling of becoming more adept at all of its moving parts is both powerful and joyful, encouraging me to try new things and have fun.

Giving players that fun feeling is where these two franchises overlap the most, and seeing that stay so true to the sources while trying something I never would have expected made me a BWAH-liever. I hope this relationship between Ubisoft and Nintendo can continue in the future, reaching into further corners and characters of the Mushroom Kingdom while giving me plenty more to play with. Until then, I’ll keep jumping, shooting and laughing my way through this successful first endeavor. 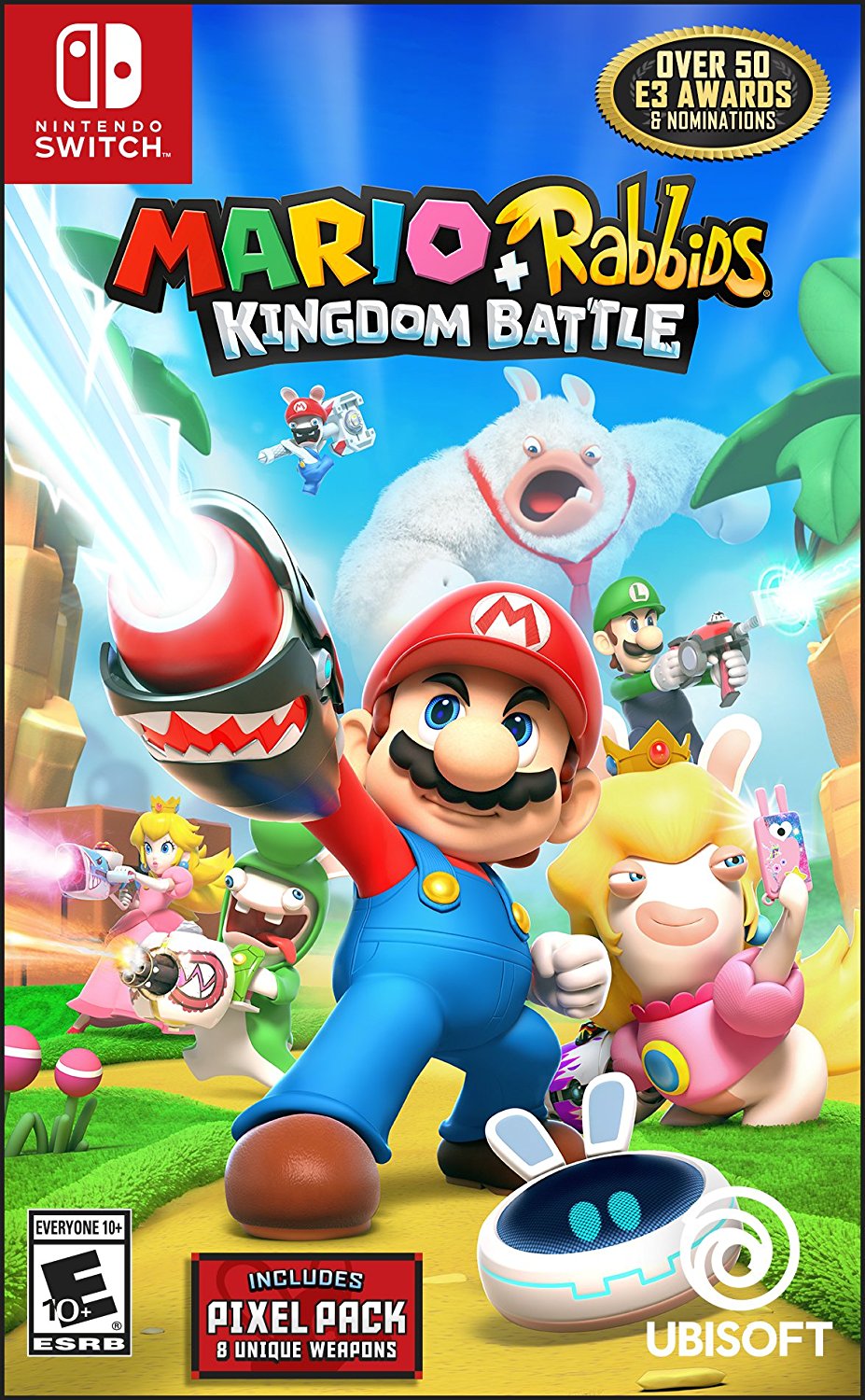