Sonic the Hedgehog is back, and he’s ready for an all-new kind of adventure! With a new setting, strange happenings, and a unique “Open Zone” gameplay style; it’s looking to be a breath of fresh air for the gaming icon.

When does Sonic Frontiers release?

Sonic Frontiers will arrive for Nintendo Switch on November 8th, 2022. It’ll also release for Xbox and PlayStation consoles, as well as on PC, the same day.

While there’s no indication of any content differences between versions, it’s likely we’ll see differences in performance on Switch, as is common for multiplatform releases.

Are there any pre-order bonuses for Sonic Frontiers?

A Sonic Frontiers Digital Deluxe Edition will be available that includes a steelbook. This will also give players the Explorer’s Treasure Box. Inside will be the following bonuses: 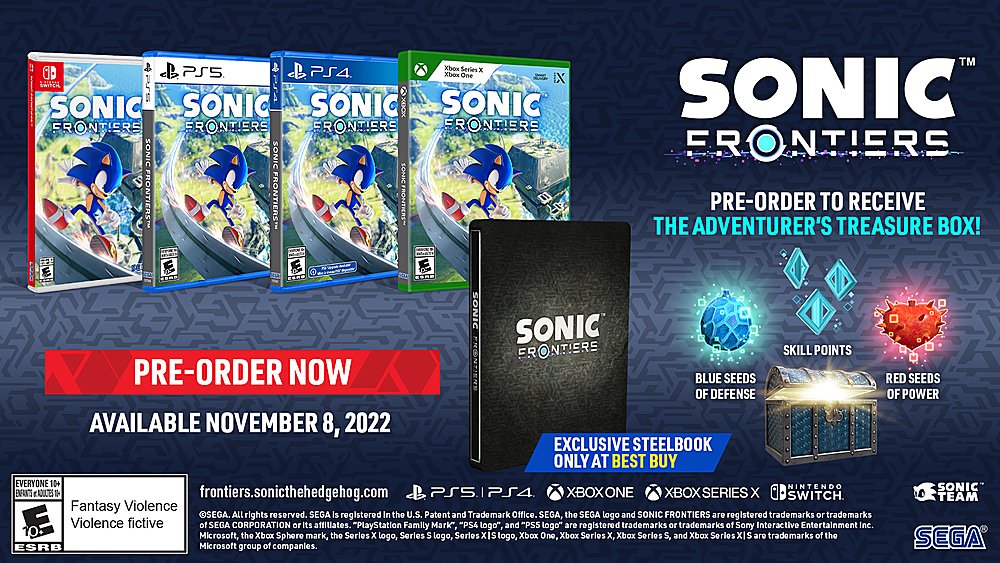 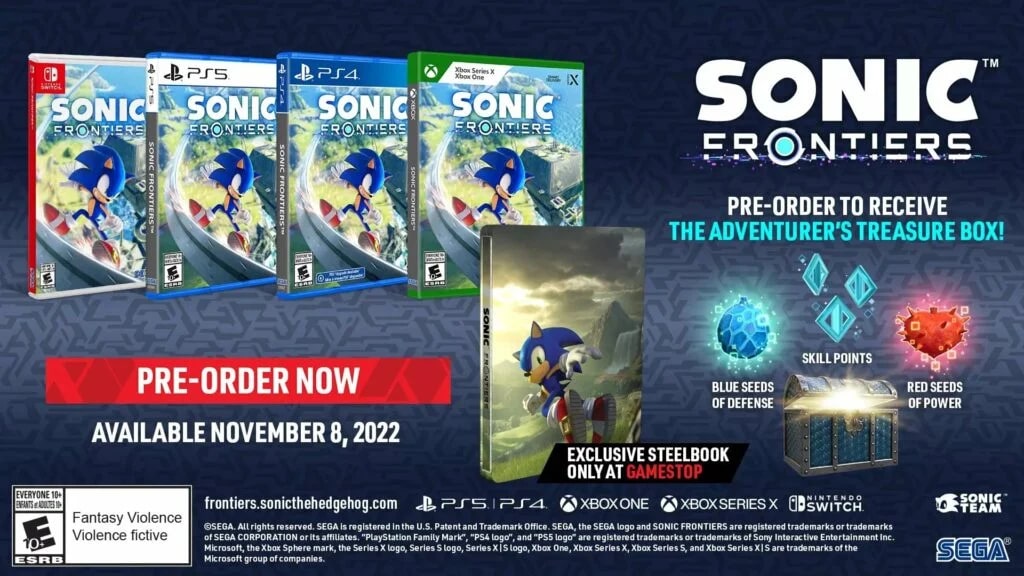 You’ll receive the steelbook and code for the Explorer’s Treasure Box when you pre-order from Best Buy or GameStop.

Is there a Sonic Frontiers special edition?

No special edition has been announced.

Is there an eShop demo for Sonic Frontiers on Switch?

No demo is currently available for Sonic Frontiers on the Switch eShop.

Is Big the Cat in Sonic Frontiers?

Yes, Big the Cat is in Sonic Frontiers.

Where can I pre-order Sonic Frontiers? 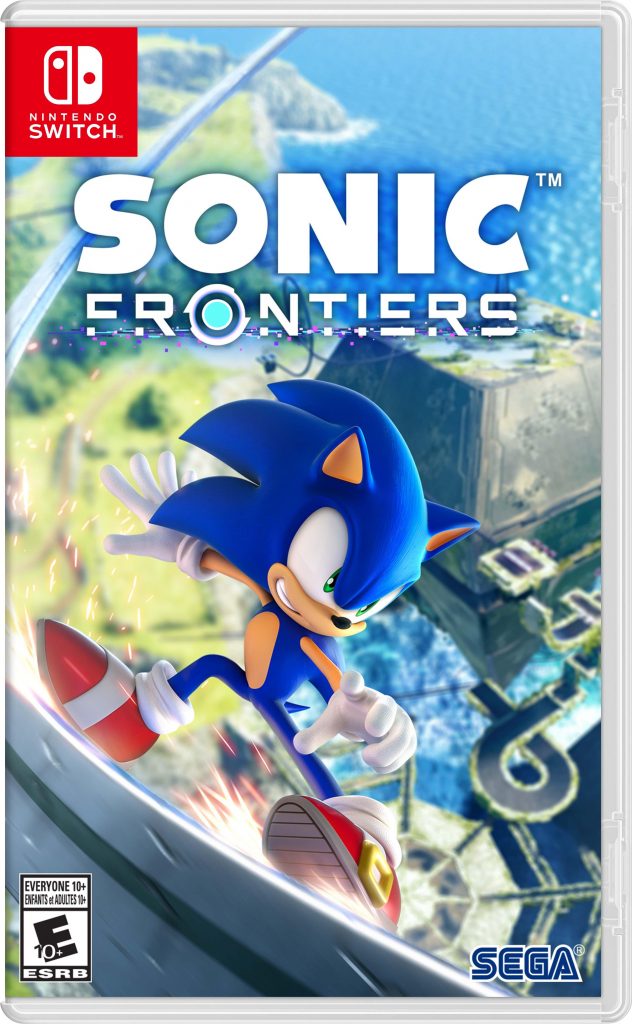