SNK has been busy on the eShop since the Switch’s launch. With Hamster they’ve brought a considerable amount of their titles via the Arcade Archives line, and more recently they’ve begun reviving their own handheld on Nintendo’s latest portable console.

We’ve spotlighted some of the NeoGeo Pocket Color Selection releases in the past, each of which has been a fun throwback for fighting game fans. SNK vs. Capcom: The Match of the Millenium in particular stands out, but what if you’re more of a Metal Slug fan? Or want to have everything currently available in one place, including some obscurities? Then look no further than NeoGeo Pocket Color Selection Vol. 1. 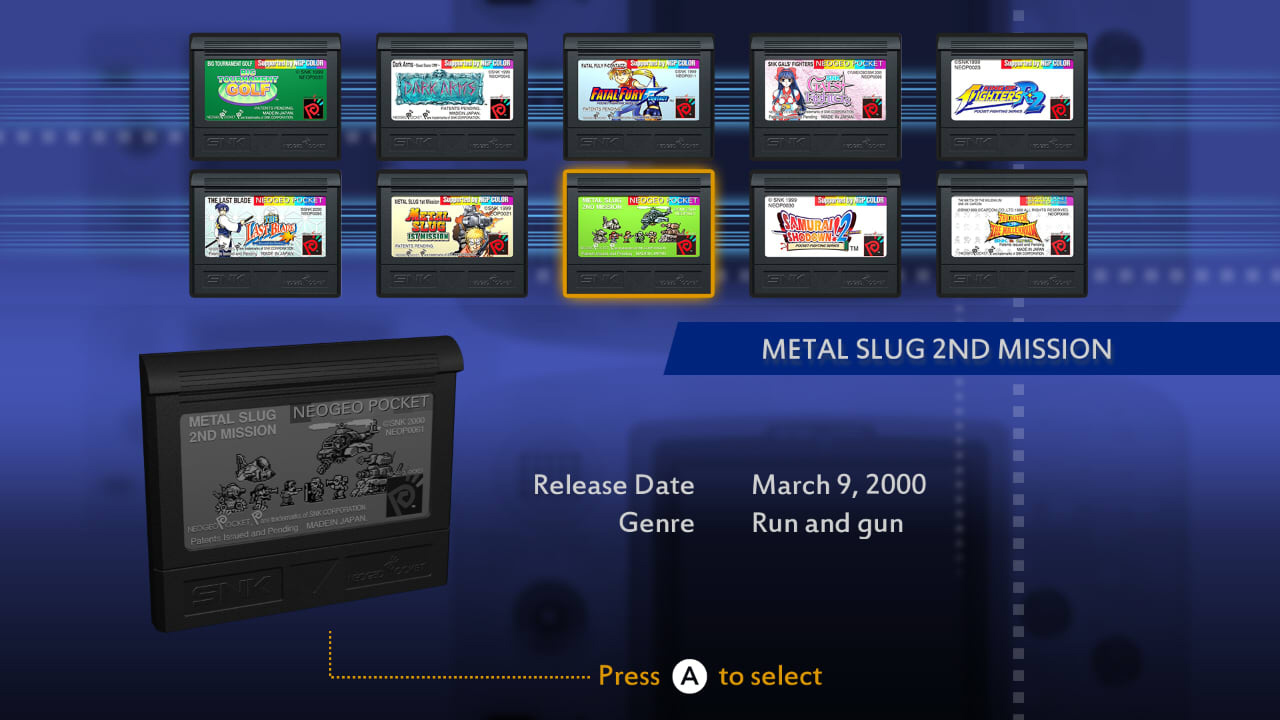 I won’t be focusing much on the six fighting games in the set, all of which can be picked up on the eShop outside this compilation. Each of them has their appeal and unique systems, and do a respectable job of capturing the spirit of their arcade/console counterparts. If you’ve already picked up one or two of these from the eShop, the versions within this volume are identical.

Instead, we’ll be honing in on the last four titles in that list. For Switch owners this set is the only way to play them, as SNK has told us there are no plans to release them standalone like the fighters.

Both Metal Slug titles do a decent job of capturing the feel of the run ‘n gun series. Perhaps SNK’s most famous franchise that isn’t a fighting game, they made their impact via fast paced action and detailed sprite work. Those heights are unfortunately not present here, and yet what is here is unmistakably Metal Slug. Mowing down enemy soldiers with “Heavy Machine Gun!” in hand or from inside one of its titular tanks is still satisfying, though the presentation has taken a hit.

The characters are all much less detailed and animated, though they still have some flair despite limitations. There are deviations from the formula present here, like that in certain vehicle sections your plane or other mode of transport can potentially be shot down. Instead of going down with it, your mission will shift to a different and often more harrowing route. Stage layouts are also occasionally more unique, such as a prison compound with various cells and rooms you have to search. It gives these games a different flavor to the more typical Metal Slug, and though some music and ideas are reused from its older NeoGeo siblings these are still their own experiences (and even fit into the overarching Metal Slug narrative as prequels). 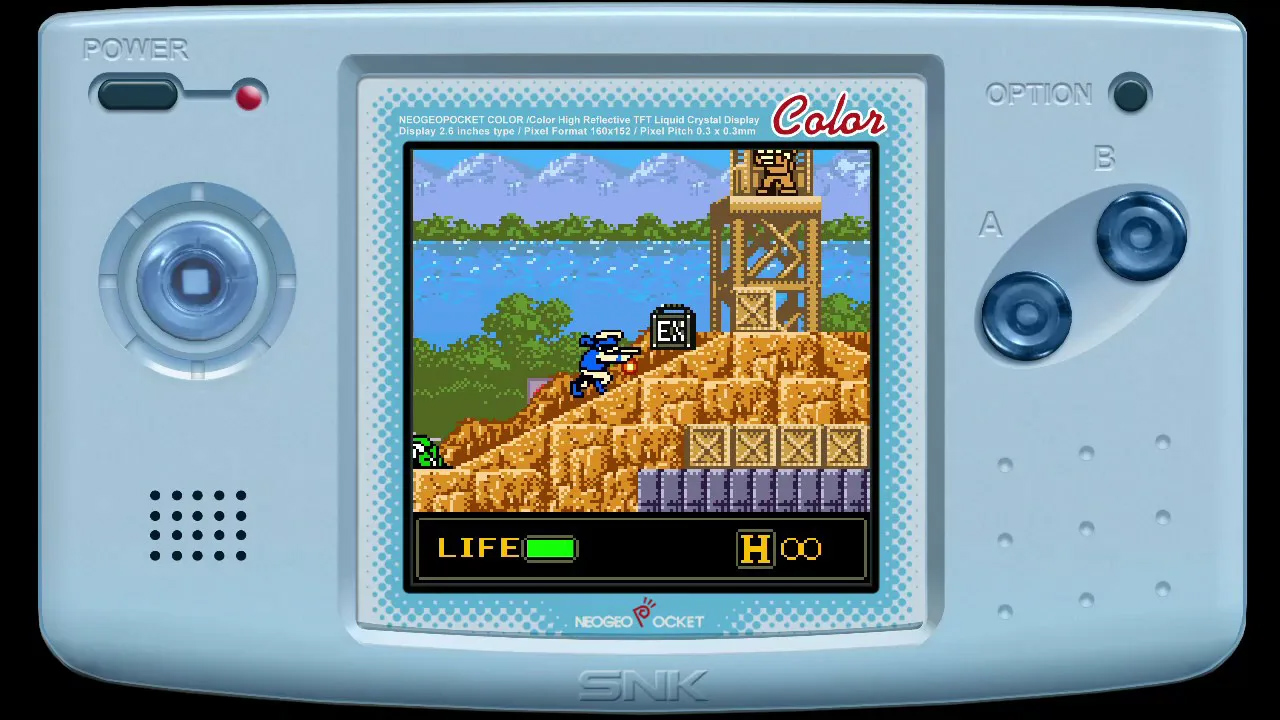 Of the four compilation exclusives, I spent my most time with these two. More specifically, 2nd Mission manages to be a stronger game than the 1st, with better presentation and stages throughout. They both unfortunately suffer from (true to the originals) slowdown. With 1st Mission this usually happens as a consequence of too many bullets being on screen at once, while 2nd shudders whenever you pick up a weapon thanks to the voice clips that play.

Beyond those issues, they’re satisfying run ‘n guns and while I’d sooner point you to the ACA NeoGeo offerings from the series, that’d be like writing off Link’s Awakening completely just because A Link to the Past exists. That analogy can be applied to the whole collection, in fact, particularly since SNK has made so much of its backlog available. You may be able to pick up a bigger, prettier game but don’t let that deter you from celebrating this unique handheld and its library.

Unquestionably the most unique of all the games in this NGPC Selection collection, Dark Arms Beast Buster 1999 also managed to be the most intricate. An odd hybrid of RPG and top down shooter, it involves capturing the souls of undead foes that you can then feed to your weapons to evolve them. You do all of this because a skeleton tells you to, which is exactly how you get my attention.

One thing all these NeoGeo Pocket games have in common is minimal explanation of their intricacies. While Dark Arms does give you some directions from the get go, this is as good a place as any to emphasize the importance of flipping through the included manuals for all these titles. I had to consult the instructions multiple times to figure out what to do and how to do it when it comes to weapon management here, which stands out compared to the fighting games and side scrolling shooters.

I didn’t feel compelled to play all the way through Dark Arms, but what I did try wasn’t bad. Just repetitive and simplistic, with the good ideas being eclipsed by the present shortcomings. Which is a shame, because the spooky vibes present here definitely stand out. I unfortunately had no prior experience with the Beast Buster series before this, but consider me interested in its rail gun roots.

That leaves us with Big Tournament Golf, or Neo Turf Masters if you prefer. This condensed version of the golf game gets the job done, on par with the likes of Nintendo’s own 8-bit 18’s. The extra detailed presentation may be gone, but the fundamentals of the game survive in this stripped down form. Playing through its featured courses, I was taken in instantly by the catchy music and more stylized character designs. The different golfers have various specialties, like one whose drive is incredible and that’s pretty much it versus one with a phenomenal short game. 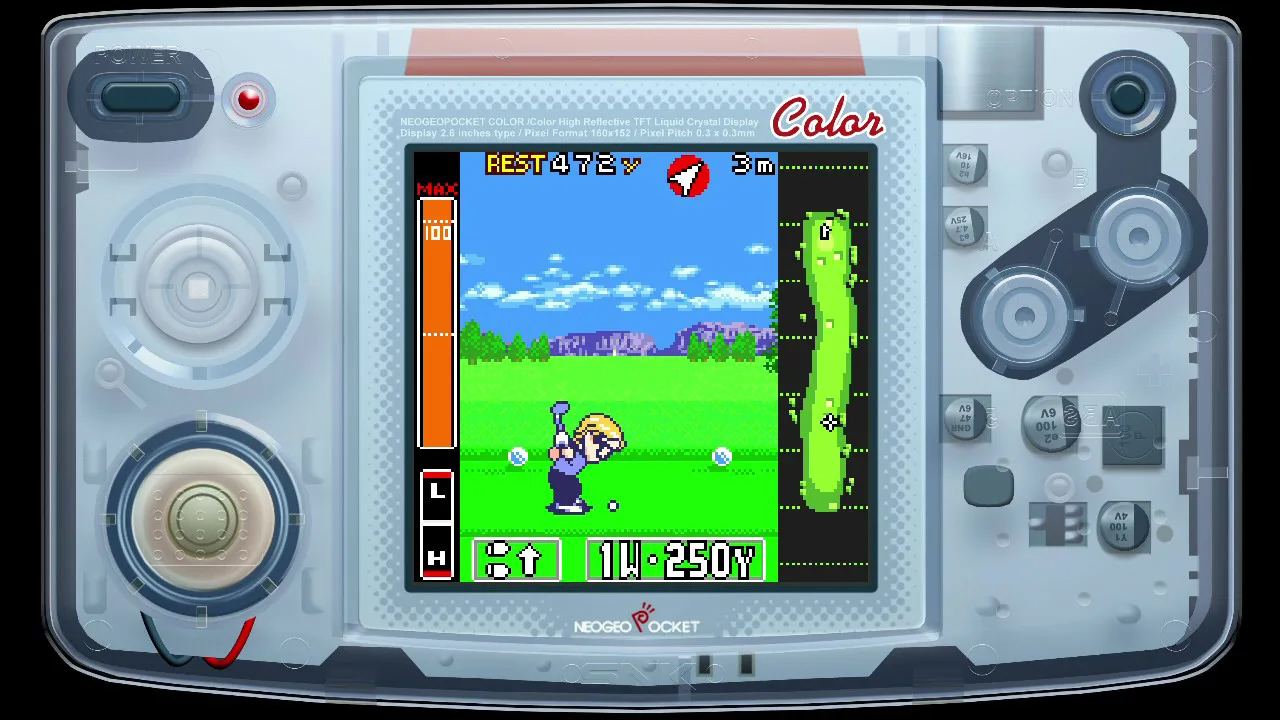 I will admit, the diminished detail does impact the gameplay here. Meters and information for shots aren’t as clear because of it, and as such it’s more difficult to be precise with your approach until you’ve gotten a feel for the game. Sloped greens are also a pain thanks to no real incline indication. Still, I’d catch myself humming along as I came back to this one to finish my round and as a pick up and play distraction it’s great.

With all four of these having their problems and the six fighting games overlapping in many ways, you might find the full collection a tough sell. $39.99 translates to about four dollars a game, which isn’t a bad deal (and the individual titles available on the eShop go for $7.99) but it still feels like too much when I won’t be going back to each and every one of these games all that eagerly.

Don’t let those criticisms lead you to think that what’s here is bad, though. I enjoyed everything on offer here in their own way, and seeing the niche appeal of the NeoGeo Pocket spotlighted is welcome. These games would be difficult and pricey to get your hands on otherwise, and SNK has also included ways to check out their original packaging and cartridges, as well as the already mentioned manuals. Those extras make this more compelling. 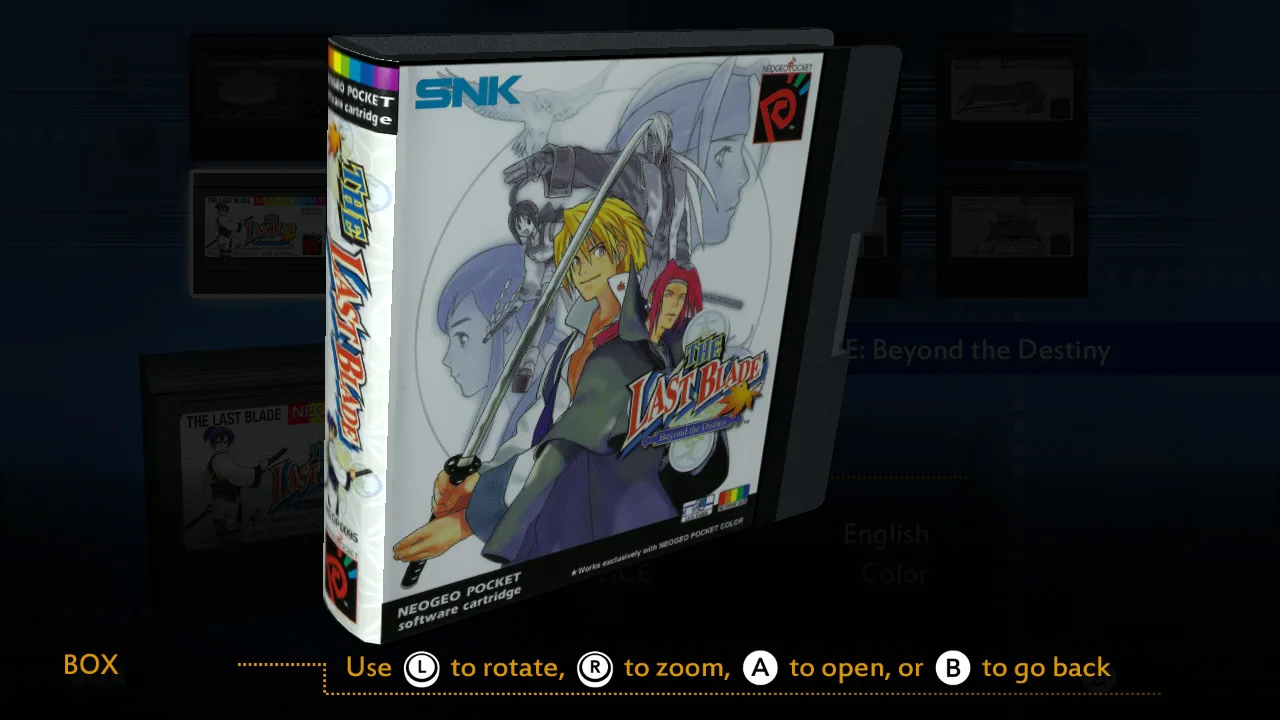 If they weren’t locked to the collection, I’d most highly recommend Metal Slug 2nd Mission and Big Tournament Golf alongside SNK vs. Capcom, with The Last Blade getting an honorable mention as another standout amongst the fighters. If you’re an SNK fan or a retro/handheld connoisseur, then this collection is an easy sell. Otherwise feel free to wait and grab NeoGeo Pocket Color Selection Vol. 1 or some of its parts sometime down the road, and join us in eagerly awaiting a Vol. 2. 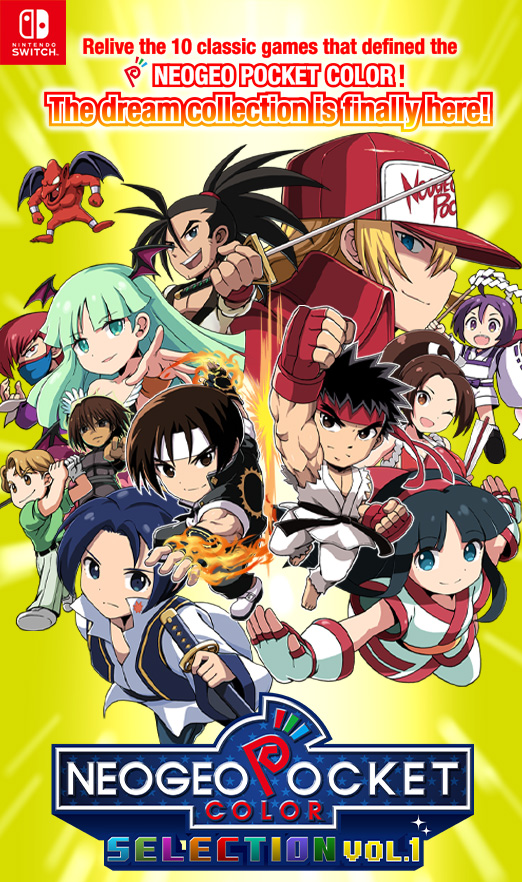