SNK vs. Capcom: The Match of the Millennium is peak NeoGeo Pocket Color

I’ve been a fan of SNK’s NeoGeo Pocket Color Selection line of games since it began. Even earlier, if you consider it kicked off with SNK Gals’ Fighters before that collective designation was introduced. After that mighty bop of a debut, they’ve been checking boxes off from their fighting franchises.

These have included The King of Fighters, Samurai Shodown, Fatal Fury, and The Last Blade; all unique and enjoyable, but for anyone not interested in SNK history they might not have the most draw. I could argue that point, but if you’d rather get right to the real good stuff then they’ve delivered just last week. SNK vs. Capcom: The Match of the Millennium has arrived on the eShop, and it’s peak NeoGeo Pocket Color. 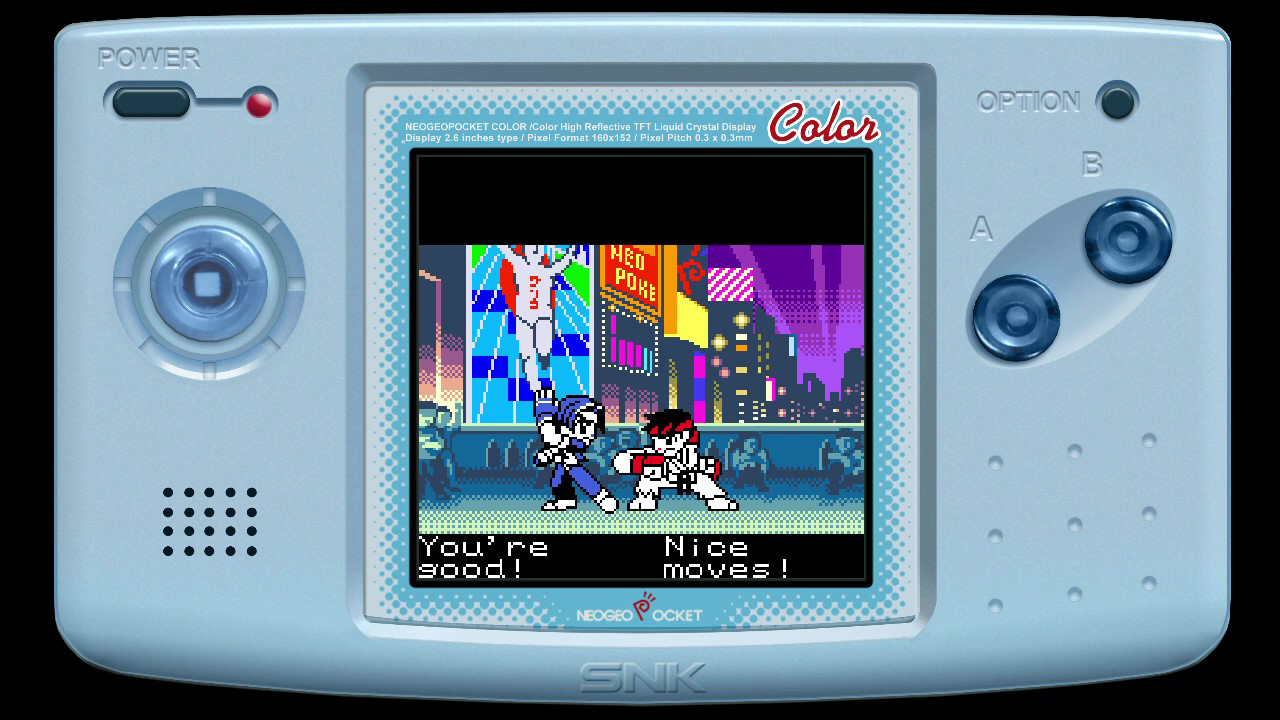 As the name implies, this handheld entry of the SNK vs. Capcom brings together 26 characters from both companies’ top fighting games. This is still a versus game though, and that’s best exemplified in the themed matchups present. Even in a post-Smash Ultimate world it’s great seeing Terry Bogard and Ken Masters facing off, and rivalries like Samurai Showdown’s Nakoruru and Darkstalkers lead Morrigan Aensland are both humorous and appropriate.

What sets SNK vs. Capcom apart from the rest of the Pocket Color Selection titles isn’t just its roster, though. You’re able to choose from three different team compositions here: you can be a single fighter, a duo with the ability to tag out freely between the two, or a full team of three. On top of that you have three different meter styles to choose from, dictating access to certain techniques and how your super attacks will charge. 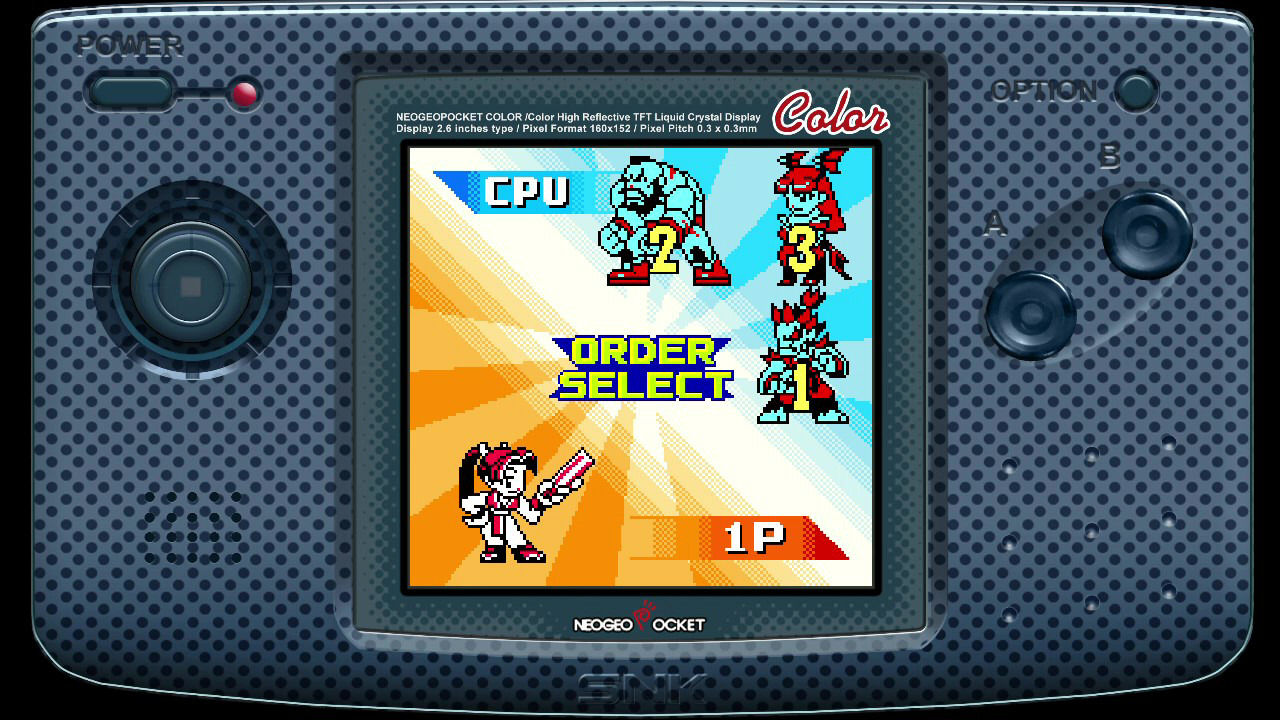 Not only do you have crossovers on the character select screen, but all these overlapping and compatible systems represent a larger crossover that lies at the core of this partnership. Put another way, no matter which company you’re a fan of you can play largely similar to the way you like.

This freedom of choice and variety makes replaying arcade mode to unlock characters less of a grind, and encourages experimentation when facing off with other players locally. It represents one of the larger rosters in these Neo Geo Pocket fighting games, and further sets it apart from its fellow eShop Selections. If you only want to pick up one of these games for whatever reason, my vote goes to this one.

While the fights are the main attraction, there’re also mini games included in the game’s Olympic mode. This is framed in a way where you’ll want to play through a full set of other modes to build up scores and go for the gold for either Team SNK or Team Capcom. Each side gets a unique manager as a non-playable cameo character, as well as shout outs to Metal Slug and Ghosts ‘n Goblins in two of the included mini games, and even more cameos on top of that. 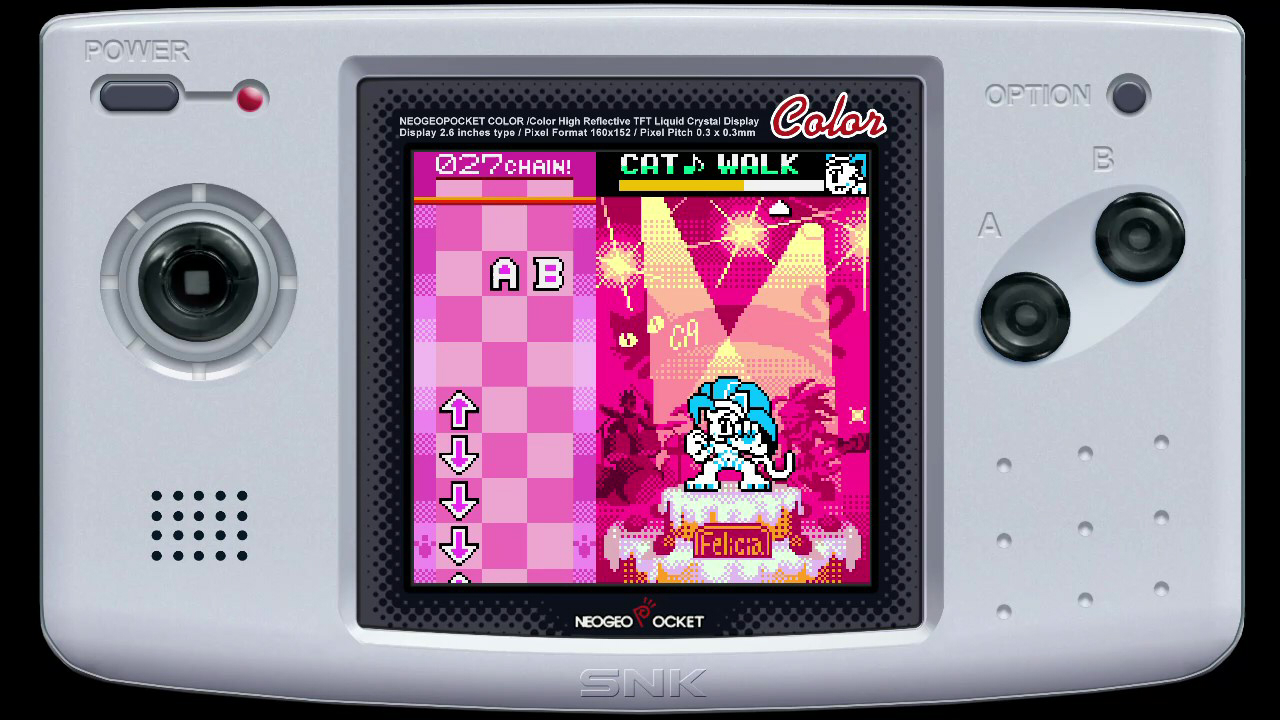 These aren’t the most enthralling engagements, but as fun distractions they manage to give the game more personality than a straight dream match would have. Speaking of personality, the original localization is present, giving some hilariously awkward lines at times that still manage to fit the game’s more cartoony presentation. Just see for yourself, because there’s no way my own words could do these ones justice: 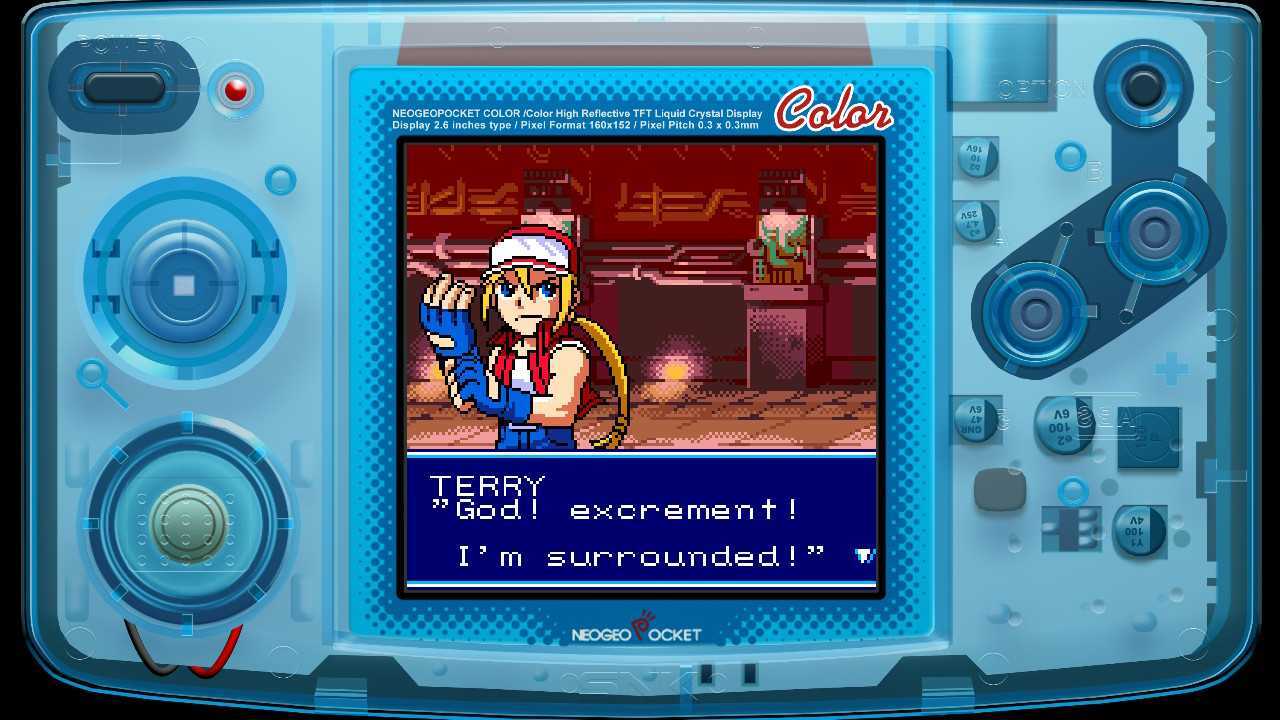 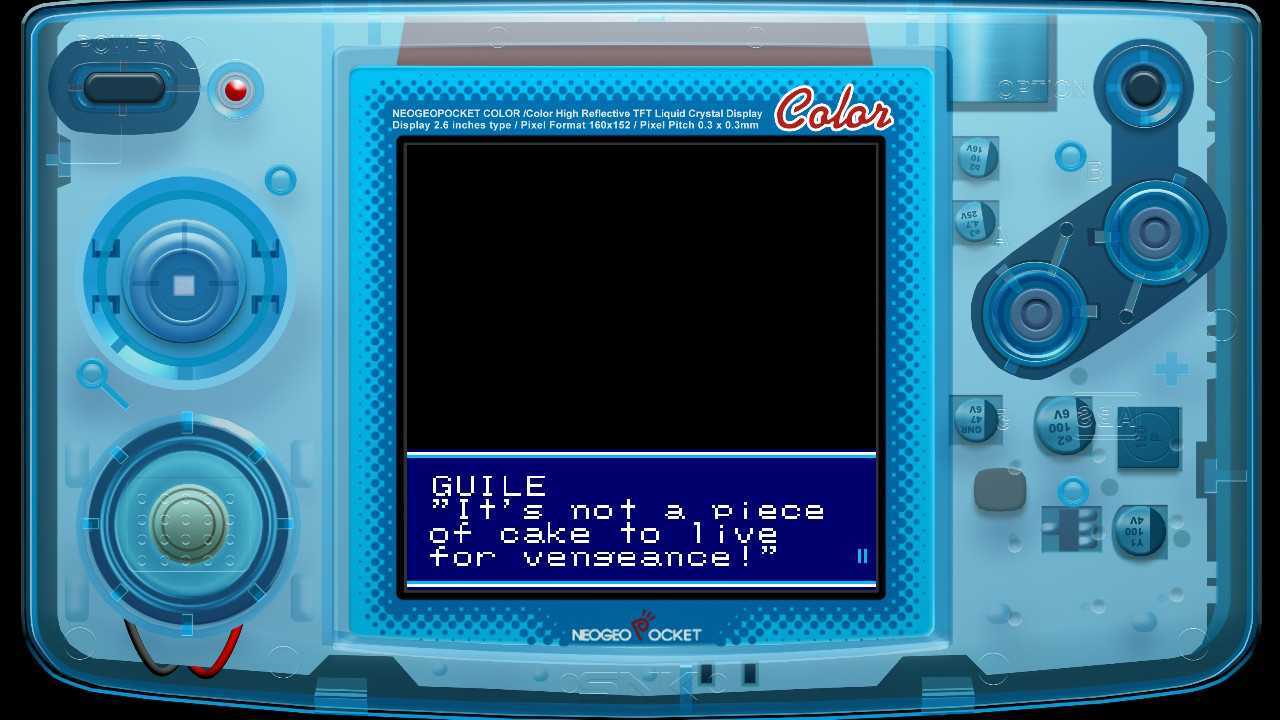 SNK vs. Capcom: The Match of the Millennium gets a full recommendation from me for any fighting game fan, or even those that are just fans of these characters. It may lack some of the more specialized systems of other NeoGeo Pocket Color Selections, but it still represents one of the fullest packages you could find in the original system’s library. All we can hope for at this point is that the Card Fighter’s Clash games are on the way to keep this crossover going.