The Nintendo Switch isn’t fully an unprecedented lifetime success yet, but it sure is rising closer and closer to the mark as time goes on – coming close to the 6th anniversary of the console’s release, the holiday season sales have launched the sales numbers of the console to 118.99 million units, surpassing the Game Boy’s 118.69 (nice) million units sold, according to VGChartz. 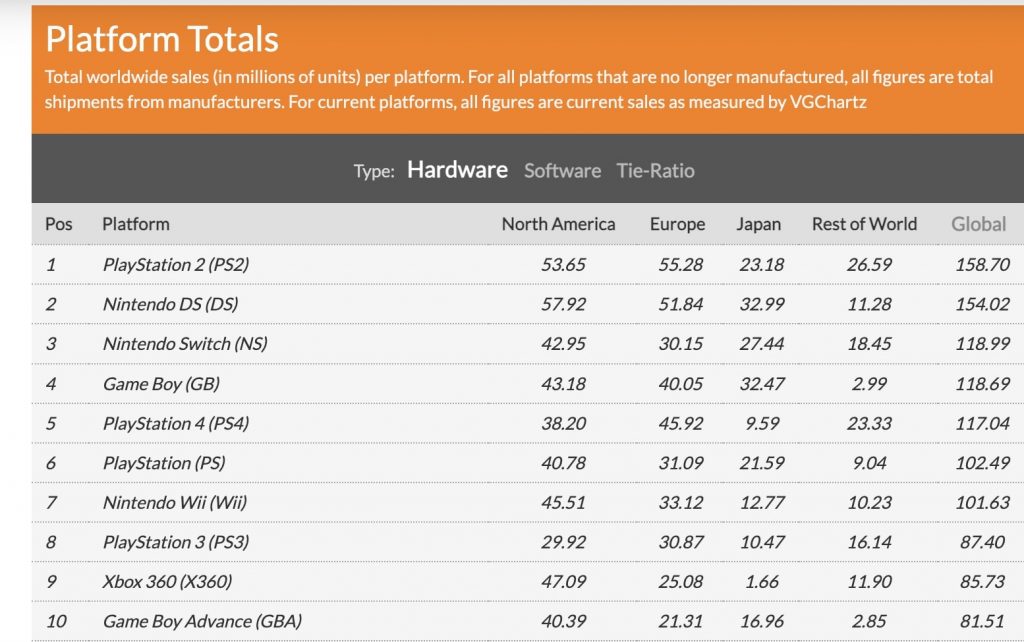 This is shortly after the Switch surpassed the PlayStation 4 in the rankings last month. There’s only about 1.5 million units in difference between PS4 sales and GB sales, so this milestone being passed was more a matter of “when” rather than “if.” To climb up in the rankings again, however, the Switch will have to sell over 35 million units to ascend past the DS to the #2 spot, where it would officially become the most successful Nintendo console ever made. And then it’d be less than 5 million more to overtake the PlayStation 2 for the most financially successful console ever made.

The Game Boy launched in 1989 and wasn’t discontinued until 2003, a full 14 years of production even after successors had come along. While the changing market means it’s more unlikely for the Switch to last that long, we can’t imagine the console going away anytime soon. Let’s see how far this rocket ship flies.