Some bosses in Sonic Frontiers will be undefeatable without Super Sonic

Super Sonic, the powered-up form of Sonic debuting all the way back on the Genesis’ Sonic the Hedgehog 2, has taken on two different kinds of utility over the years — in early games he was a bonus for collecting all the chaos emeralds, a reward for hard work that allowed you to plow through stages. Starting in the 3D era the form became more tied to the story, usually something Sonic adopted for the climax to beat the final boss. Well, it turns out the form is a little more involved in the core gameplay of Sonic Frontiers than in the past — some overworld bosses can’t even be scratched without Super Sonic.

“Normally in Sonic games you’ll encounter a boss and you’ll fight them as regular, blue Sonic. In Sonic Frontiers, there will be bosses that blue Sonic can’t even scratch,” said Frontiers director Morio Kishimoto. “But if he collects and uses all seven Chaos Emeralds, he can become Super Sonic and then battle those bosses. Becoming Super Sonic will be the only way to fight them.”

Super Sonic uses a different moveset than base Sonic, and apparently the bosses fought are of a much higher difficulty than past Sonic games — “Up until now, in Sonic games, Super Sonic would only appear against the last boss. Imagine if the first boss in Sonic Frontiers is as strong as those bosses,” said Kishimoto. We’ll just have to see how tough those bosses are for ourselves when Sonic Frontiers launches November 8th. 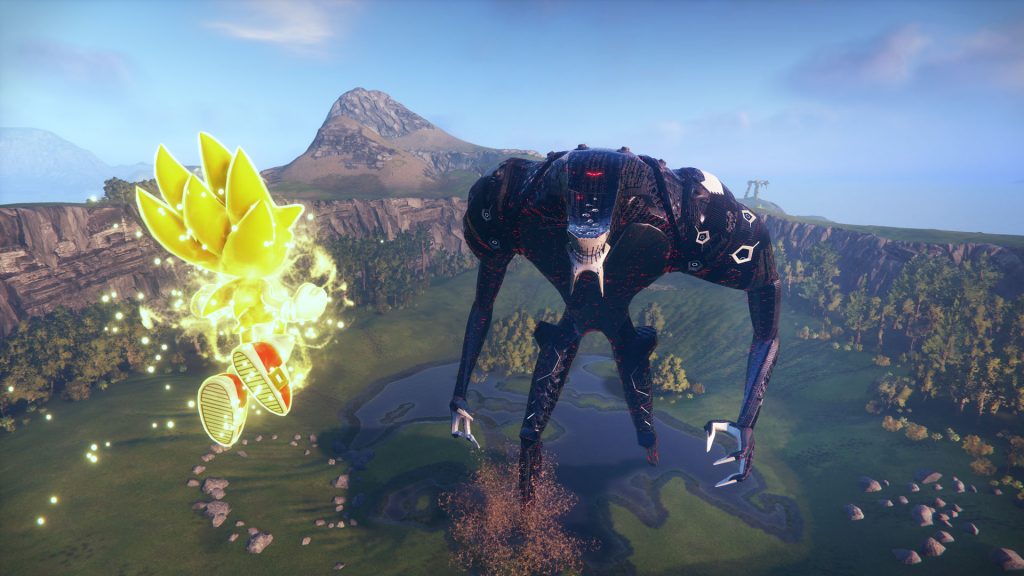 Looking to secure a copy? Check out our Sonic Frontiers pre-order guide that includes a list of retailers you can purchase from!