Previously on the Metroid Dread Report, the fourth volume provided fans with a better look at Samus herself and the Chozo race. While the entry contained barely new information about the upcoming game, it did celebrate the 35th anniversary of the Metroid series with a nostalgic throwback to its four predecessors.

In the latest Dread Report, Nintendo has provided details pertaining to the basics of Samus Aran’s powers, her personality, and a better look at the bounty hunter’s latest armored suit that’s enhanced by Chozo technology. And excitingly, it appears as though a new trailer for the game will be dropping as soon as next Friday before Dread Report Vol. 7 can be published!

The Dread Report Vol. 5 notably contains a recap about the history of Samus as a character as it details the struggles she’s faced and what she is capable of thanks to the Chozo. While the majority of the article is indeed another formal recap, the piece does contain several videos and screenshots that break down Samus’ known moves. Sprinkled throughout the report are also details regarding the character’s past such as the fact that her true identity “remains shrouded in mystery across the galaxy.” 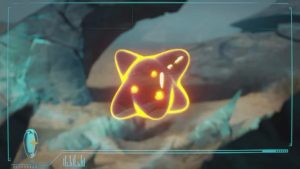 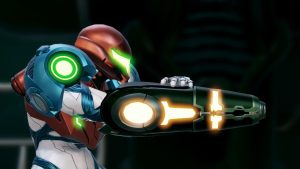 The fifth report ends by claiming that the next volume will focus on the details found in a new upcoming trailer of Metroid Dread set to debut on August 27th. While it is unknown as to whether this will be another short glimpse of the game or a full-blown trailer, fans should expect more exciting details from the developers next week. When the sixth volume of the Metroid Dread Report drops with another glimpse of the game, we’ll be sure to let you all know. Let’s hope for a longer look at the game!