Despite the game looking quite far along, its release window has been scheduled for an undisclosed date in 2022. With such a polished-looking trailer, it could be speculated that the game was originally intended to release this year, but has been pushed to next year due to complications from COVID-19 related shutdowns. 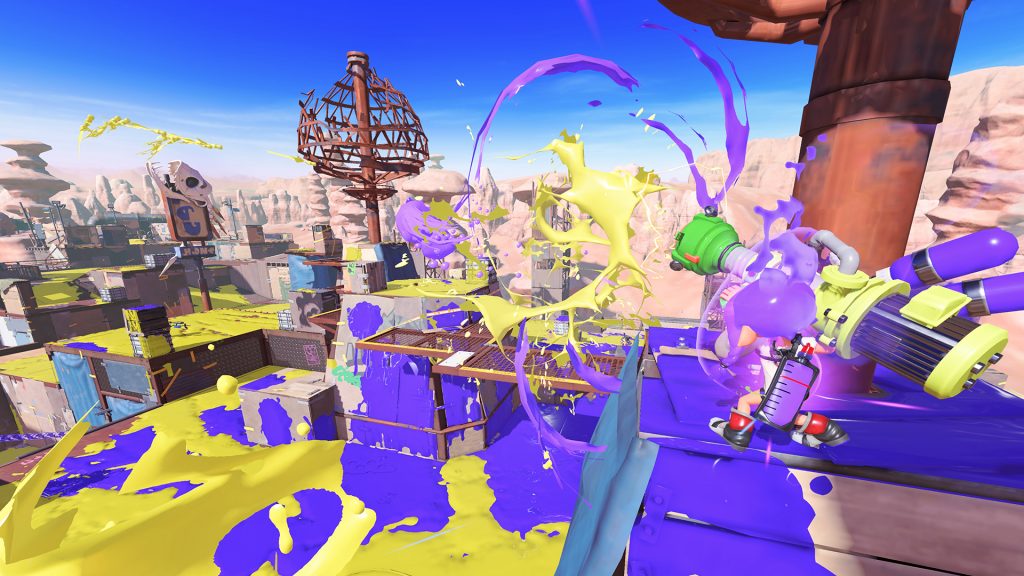 Now that the turf-war-judging-cat is out of the bag, Nintendo has begun listing job opportunities concerning the project. One such listing was posted today and it’s a Level Designer position for the title. The position would require adjustment of rules, stages, and environments already created for the game, as well as play-testing the game for balance. With those specifics in mind, it appears that this new position may very well focus primarily on the game’s multiplayer stages.

These are exciting times indeed for Splatoon fans! If you happen to be one such fan with a talent for game design who wishes to become a member of the Squid Research Labs, be sure to check out the job listing for yourself! Interested applicants can apply for the position up until March 15th, 2021 at 12 p.m. JST.