Nintendo isn’t done adding more pieces to its Super Mario Bros. 35th Anniversary Collection. First, we were treated to t-shirts featuring the ten Super Mario Bros. games that Nintendo has handpicked for the series’ 35th anniversary. After that, a trio of baseball hats magically appeared. Now, Nintendo NY has announced another piece to this collection – pin sets from Penny Arcade’s “Pinny Arcade” brand! 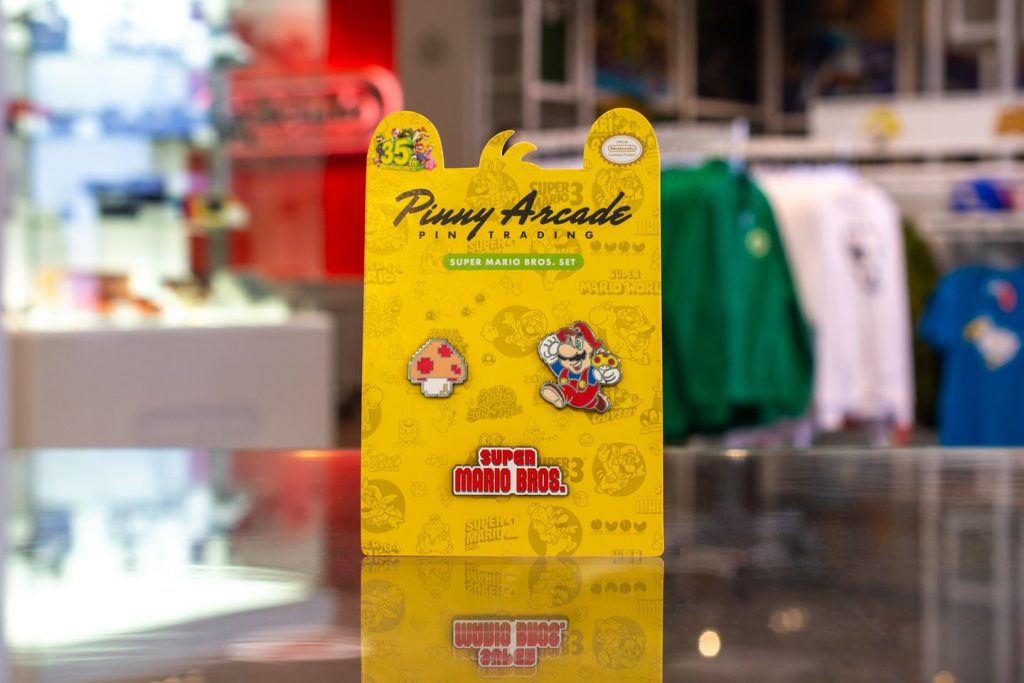 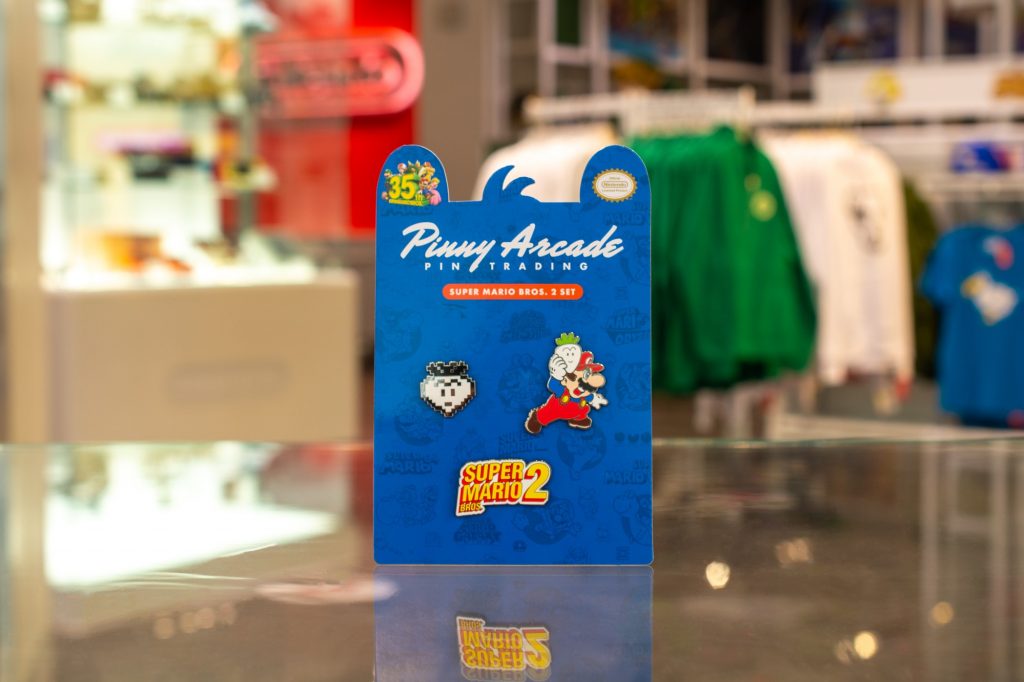 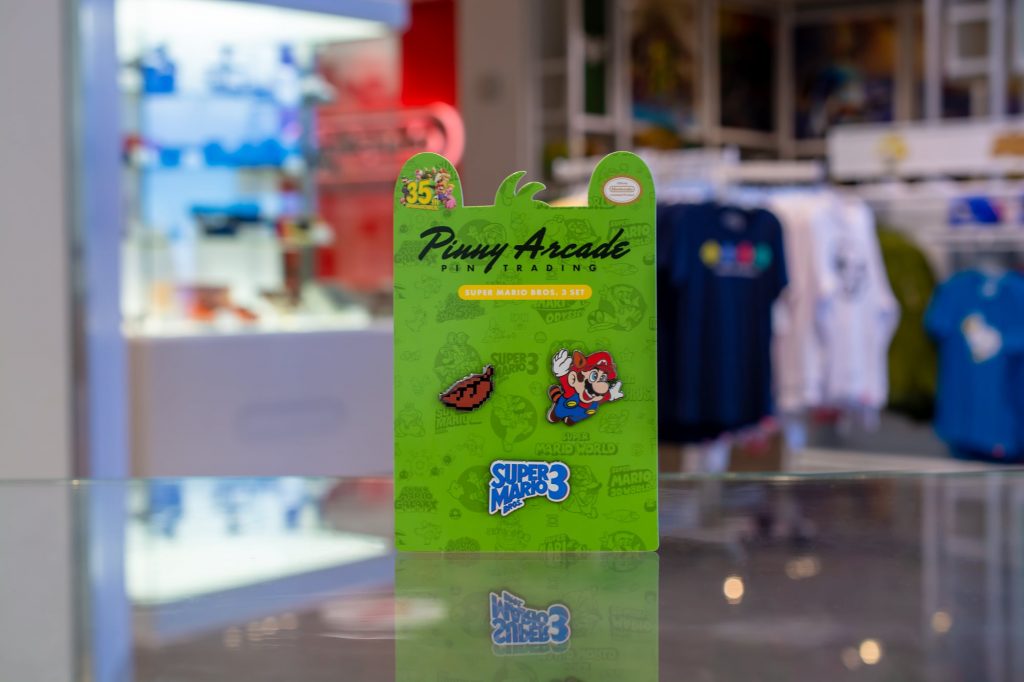 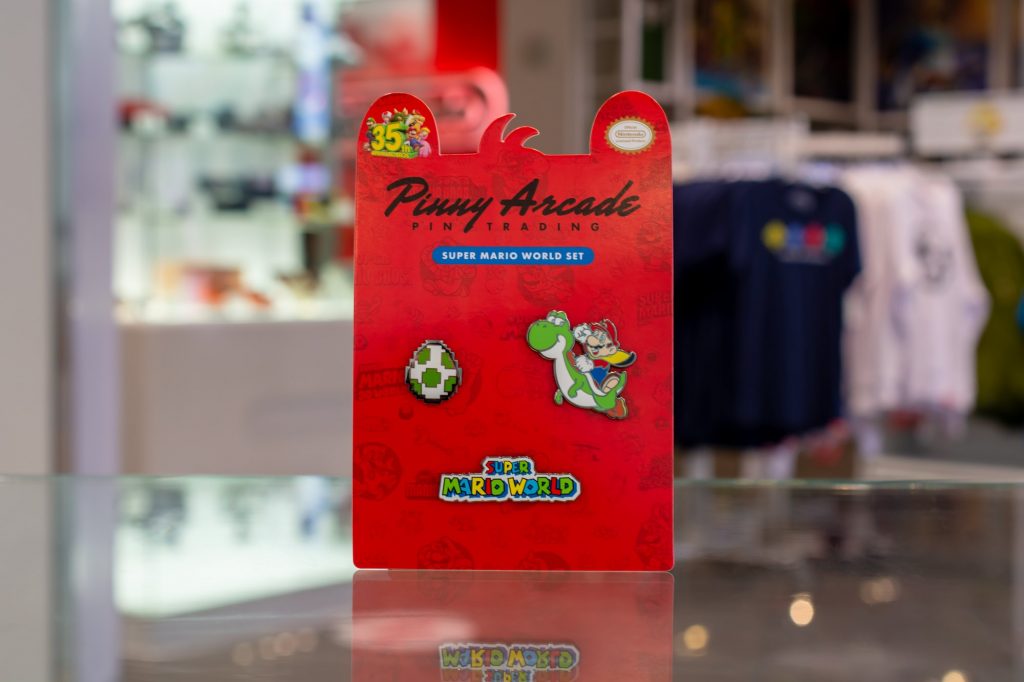 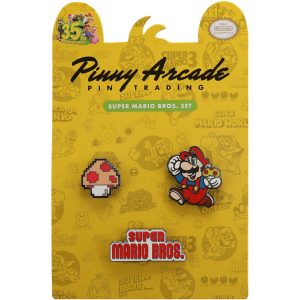 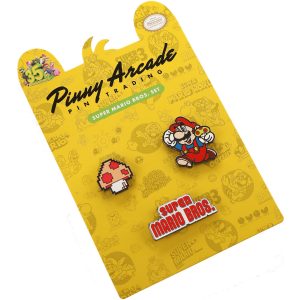 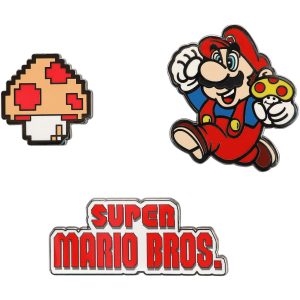 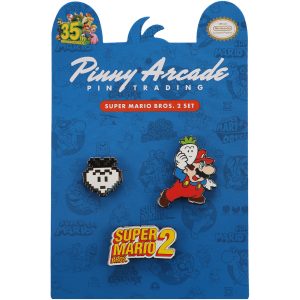 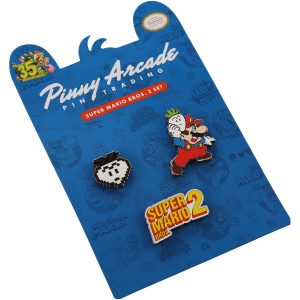 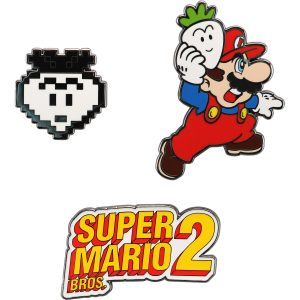 As for the Super Mario Bros. 3 and Super Mario World sets, we’ll just have to wait! They’ll pop up online before we know it, like the t-shirts and hats in this collection. Speaking of, if you’re curious what the t-shirt, hat, and pin set look like all together, then check out this image that Nintendo NY posted on their Facebook page. 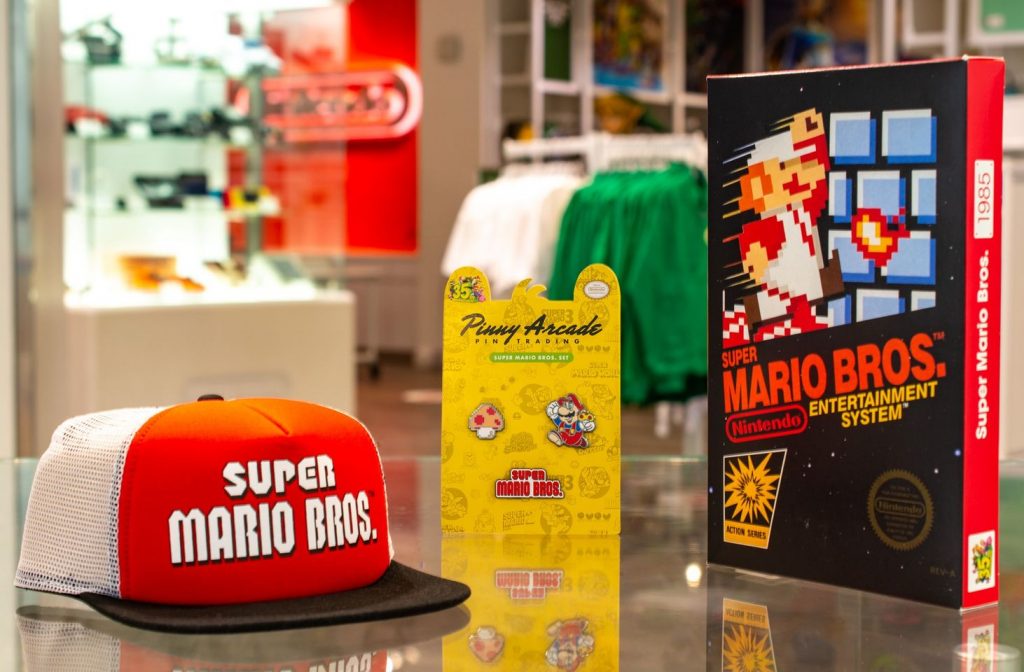 According to Nintendo NY, the addition of the Pinny Arcade pin sets mean that “all the pieces in the first set from the #SuperMario35 collection” are now available. That means for the ten featured games, there are 10 different t-shirts, hats, and pin sets that make up the entire Super Mario Bros. 35th Anniversary Collection. With the t-shirts priced at $34.99 and the hat and pin sets priced at $24.99 each, that makes this whole collection cost $849.70 (not account for tax/shipping fees and excluding the Super Mario Bros. t-shirt variant that was released at the store last year). That’s a ton of coins, Mario!

To purchase any pieces from the Super Mario Bros. 35th Anniversary Collection, you can check out the dedicated section for it on Nintendo’s online store.