Nintendo is busying restocking the Nintendo Store rewards section on the My Nintendo site! While leftovers of the Mario ornament and Holiday cards set have returned, there are two “new” additions to spend Platinum Points on.

What was thought to be exclusive to Japan last year, the Super Smash Bros. Ultimate invitation greeting cards set is here. Yes! There are some slight differences in the U.S. version (green and blue cards), but the fact that we can actually acquire a set of three cards with the iconic Super Smash Bros. envelope and “wax” seal with no importing fuss? I’m game and I don’t have to settle anything in Smash! You can redeem your own set too with a simple fee of 400 Platinum Points. 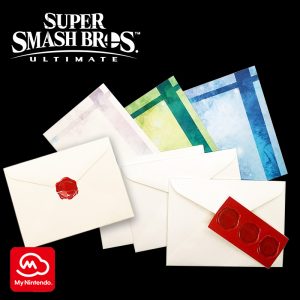 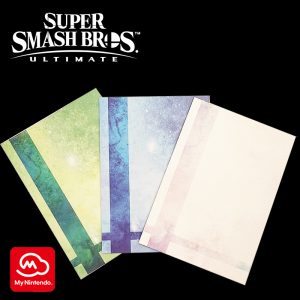 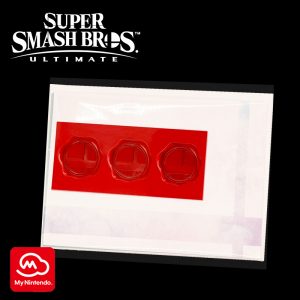 Joining the stationery set is a reward we’ve known about since last year too! The Splatoon 2 / Super Mario Splatfest keychain set can finally make its way to your collection for 350 Platinum Points. It won’t arrive in time for this weekend’s Splatfest event, but you can brag about Team Super Mushroom or Team Super Star all-year-round with these charms. Plus, you can also order a Splatfest t-shirt on Nintendo’s online store too! 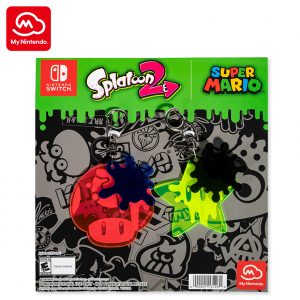 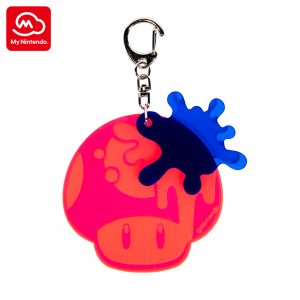 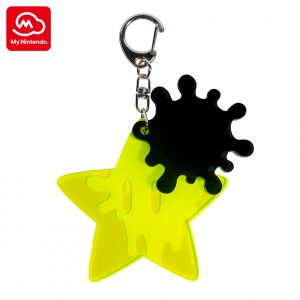 Regardless of which reward you choose, you’ll have to pay a flat shipping rate of $5 per order and any applicable taxes. Combine your rewards and/or throw in some official Nintendo merchandise into your cart – the choice is yours (and your wallet’s). Just don’t wait too long, or you’ll face the “This Item Is Temporarily Out of Stock” red banner that has claimed physical My Nintendo rewards of the past.