What Animal Crossing player doesn’ts take a short break after a long period of daily village visits? Star Wars: Rogue One writer Gary Whitta who kickstarted an Animal Crossing themed talk show at the beginning of the pandemic when regular late-night talk show hosts suddenly went off the air announced that his popular series Animal Talking would be taking a break for the time being.

For the past few months, Whitta has brought all sorts of iconic guests onto his show hosted through New Horizons, including most recently Xbox’s very own President Phil Spencer who came aboard as a special guest. It’s unclear as to when exactly the show may continue, however, Whitta has already made replacement arrangements. While Animal Talking may be off of streaming platforms for a while, the writer’s digital talk show series will continue via a different video game series. 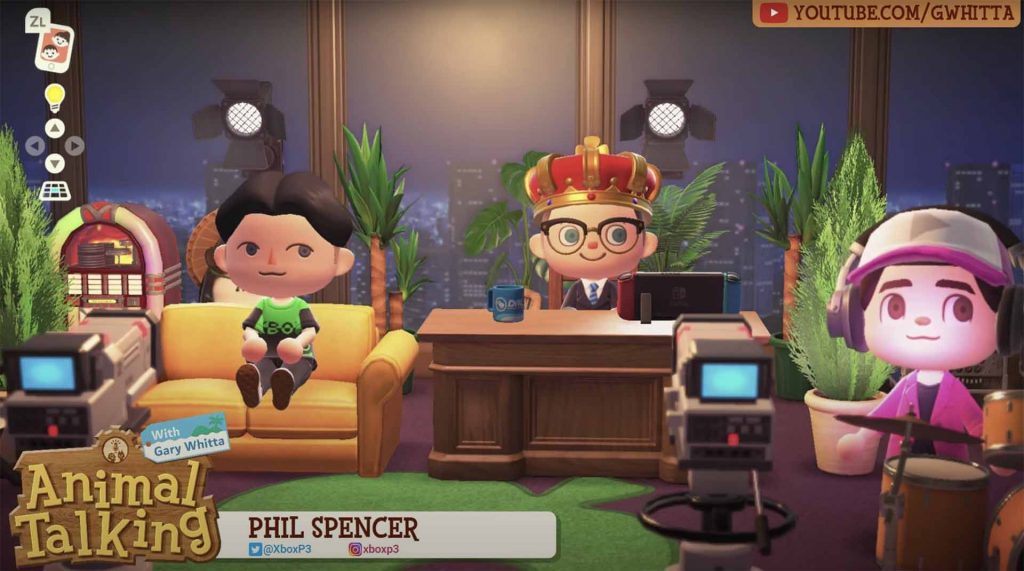 Animal Talking will be replaced with Talk Guys: Ultimate Chatting, a more casual based talk show centered around the booming parkour battle royale platformer from developer Mediatonic Fall Guys: Ultimate Knockout. Have a look at his announcement tweet below.

Animal Talking may be taking a break but the chat never stops! Stand by for an all-new celebrity talk show debuting soon, co-hosted by me and @katestark! No-one from yellow team allowed – sorry I don’t make the rules, @FallGuysGame does. #FallGuysGame pic.twitter.com/jv8aPa3JX3