“Please note, this isn’t a meme video. This is a legitimate find.” Sweeter words have never been spoken.

That’s a quote taken from the video descriptions of three new beta areas that have been found in the source code of the iQue version of Super Mario 64 (for those unaware, the iQue Player was a Chinese-only console developed by Nintendo and based on the Nintendo 64.)

Stage one resembles a primitive, castle-like structure, and seems to be a prototype version of Whomp’s Fortress. The most interesting thing about this one is that it appears to be the same level shown in the footage of Super Mario 64’s Spaceworld demonstration back in 1995.

The second stage appears to be designed more for development testing purposes rather than as a prototype for full-blown levels planned for Super Mario 64, going by the random placements of inclines and textures.

Stage three is perhaps the most visually appealing of the trio, representing a huge maze with walls so gigantic that the whole thing makes Mario seem like an insect. The colors and patterns of the texture vary wildly here, from stone floors and tiled ground to brick walls and hillside vistas.

An early version of the mother penguin from Cool, Cool Mountain has also been found, with a differently shaped head and a slightly slimmer body compared to her final counterpart. A range of facial textures have also been found, giving her some emotive expressions and that make her look angry and sad. 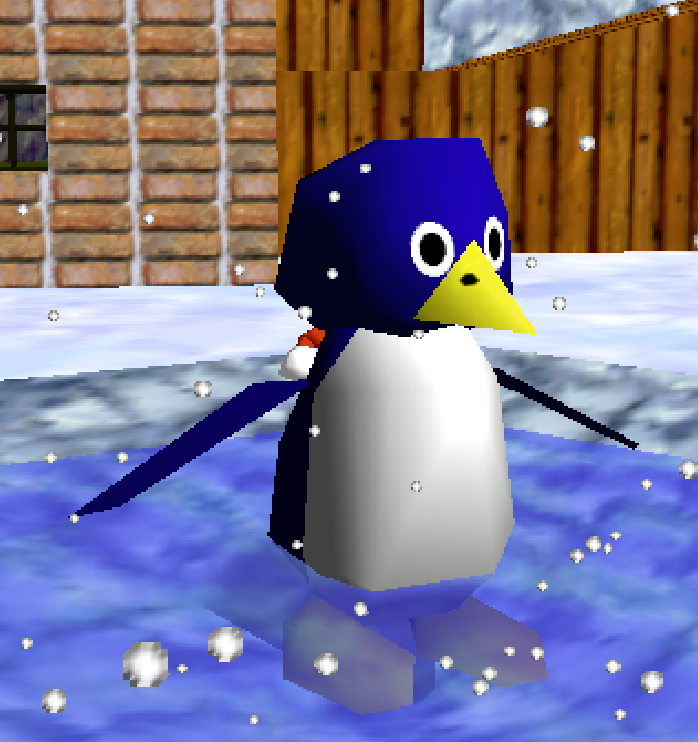 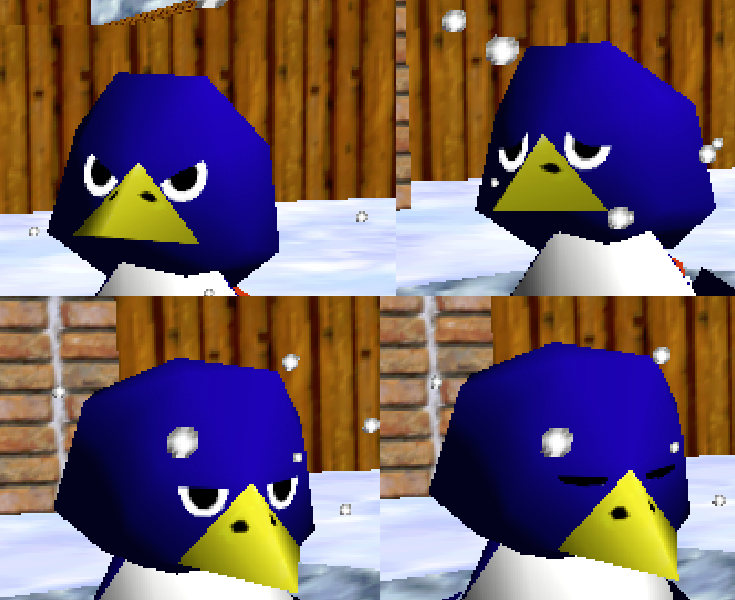 Rounding out the latest discoveries, a beta Warp Pipe, a giant treasure chest model, and a one-horned Bully enemy have also surfaced online. It’s certainly surreal to see a Bully with a single giant spike on its head, instead of the two horns.

Here's some unused models, again by the ever talented @Feleggg. For some reason, the checkered platform is labeled "ana", which can mean hole, or ass? Strange stuff. Aslo the treasure chest is huge. pic.twitter.com/08looxwXop

ONE HORNED BULLIES HAVE BEEN FOUND (Please credit @Feleggg for this amazing discovery) Also, here's a pic of Motos with betah bully. Looks like the two beta bullies got reunited at last. pic.twitter.com/6SC08cGoe7

This is just the latest in an ongoing series of prototypical findings for Super Mario 64, following the huge data breach of Nintendo’s files commonly referred to as the Nintendo Gigaleak. Other discoveries include a playable Luigi, a beta version of the Chuckya enemies, and even a Whomp with an adorable, grimacing face.