The version 1.4.0 update for Animal Crossing: New Horizons has arrived, and keen dataminers have already sleuthed through the game’s files to find references to new features that may be on their way.

So, quick summary of hints about possible future things:

According to Ninji’s tweet, tomatoes, wheat, sugar cane, potatoes, carrots, and squash may be on their way; coupled with “hidden” references to cooking DIYs may indicate some sort of gardening or cooking mechanic is or was being planned for the game.

This isn’t new information — Ninji themself has tweeted about these references before, specifically mentioning these items (while also mentioning pumpkin) are or were planned to be growable and pickable by players.

The return of gyroid items to the game (statue-like furniture from previous Animal Crossing games that would dance and make sounds in-sync with music) has also been mentioned by Ninji in the past, specifically in relation to a museum café. 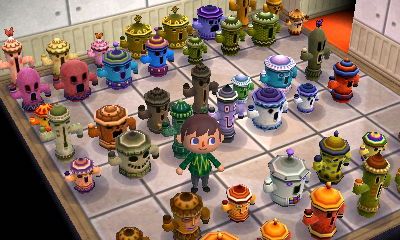 Many features datamined by Ninji previously have come to fruition in updates to the game, like Redd and artwork, bushes, and sea creatures and diving.

Ninji ended his series of tweets this evening about his latest datamine with a reminder that none of these features are confirmed to be on their way to the game.

What do you think of the datamined information? Let us know in the comments!