The Super Mario series is turning 35 this year, and according to multiple reports that means a “Mama-mia!” worthy amount of titles and re-releases. For some the most alluring of this might be the prospect of a new Paper Mario title (and I’m sitting here starving for a new Mario Golf); but when it comes to Mario, the bread and butter (and pasta) are the platformers.

It’s sounding increasingly like we could see Switch ports of Super Mario 64, Super Mario Sunshine, Super Mario Galaxy and its sequel, and Super Mario 3D World. We’ll be looking at each of these to think over what could be added, as well as what we’d like to see added. It’s important to note though, that until Nintendo itself announces these (or at the least more, substantiated evidence comes in), this is all rumor and speculation.

Both the oldest of these games and the only one previously remade, Super Mario 64 is in the most unique position of all these. There’s even a basis for how this one might look specifically with Super Mario Odyssey’s Mushroom Kingdom, and it’s likely the entirety, from Bob-omb Battlefield to Rainbow Ride, could get the same treatment. A chunky polygon style would be welcome too, but bringing this one up to Switch standards should be the priority. 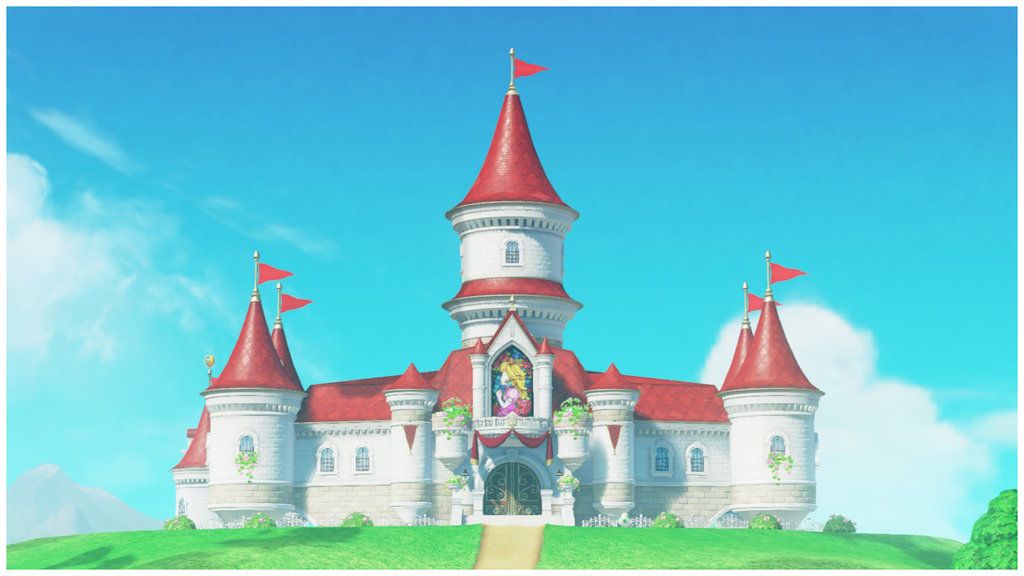 As for gameplay, Mario’s control and level architecture should be as untouched as possible. I’d say that’s a given for all titles, but I’m making special mention of it here for how buttery smooth the original game can be. In a perfect world it might include some of the more notable glitches and speed running tech, but even if those are excised, some concessions for speedrunners would be welcome as well.

For bigger additions, I see a couple potential routes. The first is keeping things 1-to-1 with the N64 release, while the second would be to base it off of the DS remake — with its additional playable characters and Stars. From there it gets more interesting though.

Both of these releases have word of mouth urban legends surrounding them when it comes to secrets and playable options. Maybe L finally will be real and Luigi can join in on the original run and jump through Peach’s castle, with co-op being another option. Maybe Mario will be able to ride Yoshi through the entire game once all the Stars are reclaimed. Or maybe, just maybe, the oft rumored Waluigi will finally get his day…

Of the two older entries in Mario’s 3D platforming history, Sunshine is easily the one I’d be more keen to revisit. Whereas 64 became a game that inspired countless more and helped lay the groundwork of a genre, Super Mario Sunshine tried to do something different by giving Mario a water pack and flying the plumber to an island resort. These changes to gameplay and setting left an impression on players growing up with the GameCube, and it’s high time the game got the second go around it deserves. 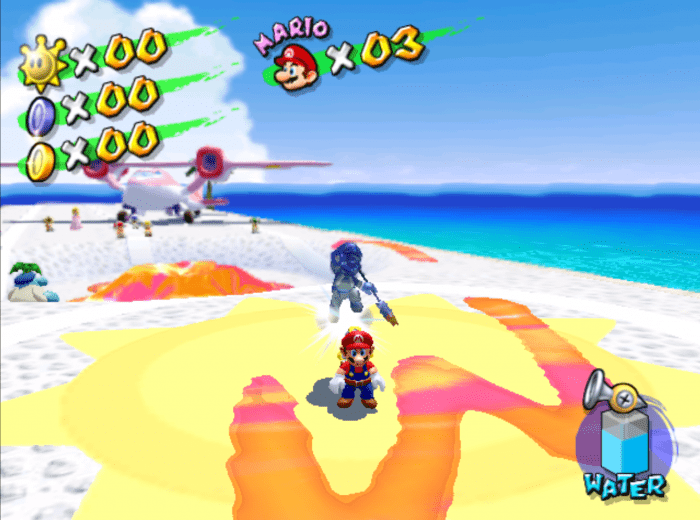 One thing that Sunshine did exceedingly well is capture a vacation vibe. Though there was a bit of overlap here and there with its environments, the sun soaked beaches and amusements of Isle Delfino were cohesive as a whole (you could even spot notable stage landmarks from other areas!) and complemented by its UI and soundtrack. Maintaining — and, dare I say — pushing that further in all respects should be priority one, perhaps with a reorchestrated soundtrack as an available option (something that could apply to 64 as well). This goes with the visual touchups to bring it on par with Odyssey’s Seaside Kingdom, probably our best comparison for what to expect.

What could use some overhaul is the voice acting and cutscenes, a notable addition for this game. Whether it be redoing them to be more in line with Odyssey (as in just Bowser grunts instead of awkward father-son chat) or going all in for a more contemporary dub, I do hope the continuous “storyline” is maintained. There’s even room to expand, particularly with respect to E. Gadd’s implied involvement with Bowser Jr.’s paintbrush and FLUDD. Speaking of the Flash Liquidizer Ultra Dousing Device, controlling it can be massively improved by looking to Splatoon for inspiration — as can all that icky paint-like goop.

There are other, potential issues that could be addressed as well. Yoshi always felt somewhat tacked on for Sunshine, and improving the dinosaur’s mechanics and integration would be welcome. There’s also the matter of Blue Coins stopping the game every time you collect one, which could either be a simple, seamless pick up or a briefer pause à la Moons in Odyssey. It’s also a chance to remedy some of the more frustrating missions (the Sandbird and Hotel Delfino stand out) while potentially doubling down on the much praised FLUDD-less stages with new challenges and Shine Sprites to collect.

As these two stand as a sequeled pair, I’m putting these Wii titles together here as well. It’s hard to imagine Nintendo improving the Galaxy duology, which were both critically praised and celebrated in their time. Again, maintaining the way Mario controls is important as is these games’ approach to gravity as a force.

Looking back, the only significant gripes I had with the Galaxy games were when they would base a galaxy or star around Wii remote functionality. While these were mostly good examples of what some might call forced gimmicks, seeing how they fare with the more sophisticated Joy-Con sensors or traditional button controls could alleviate those deviations. 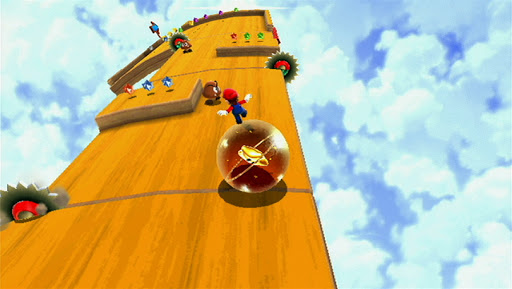 While it’s likely that these two could remain separate from each other, another potential option would instead be blending them into a single experience. While it would take a lot more effort than a comparatively simple remaster, having a “Deluxe” take on the Mario Galaxy games where every galaxy is available from the Comet Observatory and all power-ups are integrated across both games is an interesting concept. Having it as an option, as well as giving the ever popular Rosalina further involvement in the experience (either as a curator of sorts or a potentially playable character) would be a good way to do it.

The most current of these is also the one that would likely see the least “work.” Wii U ports are plentiful on Switch, with playable additions like Peachette and Funky Kong being common. 3D World was already built around multiple, playable options and it’s likely that on top of the existing roster we might see a new face or two. Staple options such as Yoshi, Bowser, DK, Wario, and Toadette are all on the table; though this could also be a chance for less used characters like Nabbit or Pauline to step up.

More likely than new characters though would be new stages. 3D World boasted levels ranging from visually impressive to unique to teeth gnashingly difficult — keeping that variety and standard on any additions is a must. It’s also here that new or familiar (but absent from 3D World) power-ups could come into play, as the Super Bell and Double Cherry both offered up a lot of potential in their integration. Giving more of that could make revisiting the game even more appealing and offers up even more potential with the already mentioned potential additions. 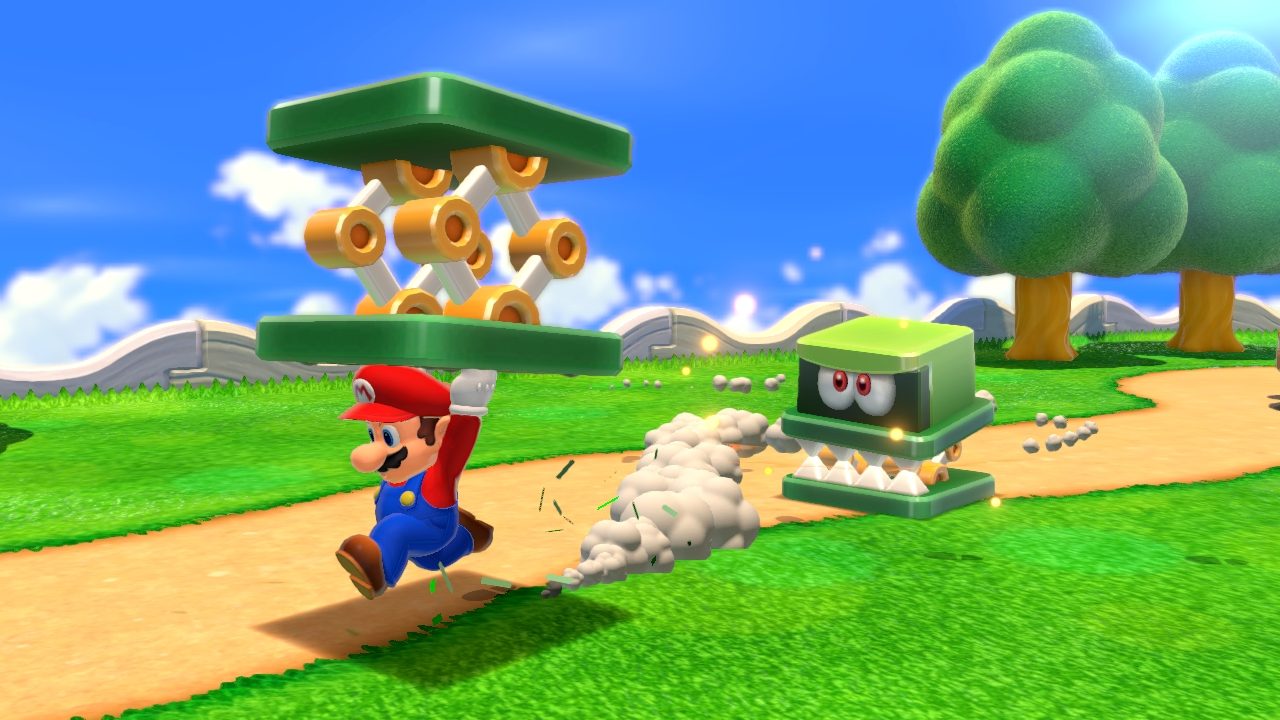 There’s also the matter of one of 3D World’s biggest offshoots: Captain Toad. While it’s unlikely all of Treasure Trackers would work its way into the mix (as great as that would be for anyone who slept on its Switch port), this is the perfect way for Nintendo to keep bringing those puzzling pleasantries going. Lastly — and this could go for the entire lineup of games as well — it’s worth noting that this is all expected to be an anniversary celebration. Working in nods, references, callbacks, inspirations, and homages to Mario’s entire backlog and history (or at least the platformers) would be an absolute treat and the perfect way to celebrate these last 35 years.

While more and more reports are coming in and you likely have your own list of predictions and wants, no matter how we do the Mario this year it’s sure to be a celebration to remember. Be it with these potential projects, other rumored releases, or something completely unexpected, I’m excited to see what more Nintendo has in store for this (currently unofficial and purely speculative) Year of Mario.