Most of the songs are pulled directly from Fire Emblem: Three Houses, but two new arrangements will also be included. 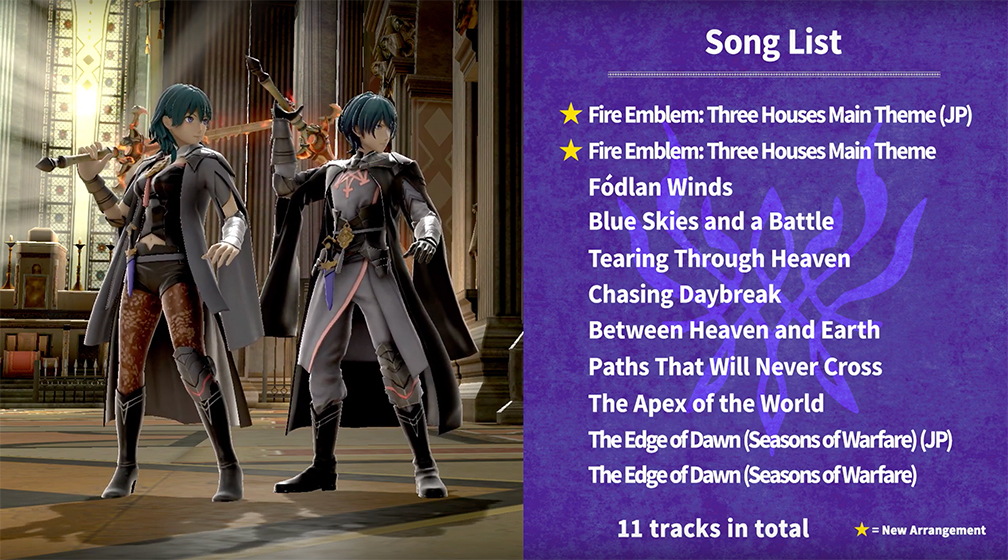 The full music list being added in Super Smash Bros. Ultimate Challenger Pack #5 is as follows:

All songs will be able to be played on all Fire Emblem stages in the game.

Challenger Pack #5, including playable character Byleth, the new Garreg Mach Monastery stage, and all these new tracks, will launch on January 28th, 2020 alongside the Super Smash Bros. Ultimate version 7.0 update.