Where to start with Falcom’s Trails series

Earlier today, NISA dropped the bombshell that the latest localized entry in the Legend of Heroes: Trails of Cold Steel series would be heading to Switch, leading to equal parts rejoicing and hesitation from fans.

Unlike many JRPG series, which tend to be self-contained even if they have a number on the end, the Trails series is a long-standing saga that has been slowly expanding its setting and cast of characters for over a decade. Even fans can’t decide the best way to play the games, but one thing is pretty uniformly agreed upon – Cold Steel 3 isn’t a great jumping on point.

So, if you’re interested in getting into the series, where should you start? We’ve compiled some of the most commonly accepted ways to play the games, without spoilers, as well as their associated platforms.

While there are games with the “Legend of Heroes” title spanning back to 1989’s “Dragon Slayer: The Legend of Heroes”, most accept that the current continuity starts with Trails in the Sky. Originally released for the PC in 2004, this one wasn’t localized until 2011, by XSEED.

Spanning multiple countries and taking place over several years, the list below is the definitive way to experience the whole Trails series – but there’s a catch. Two games, Zero no Kiseki and Ao no Kiseki, were never localized, presumably due to the death of the PSP and the existence of the more modern Cold Steel games that would likely be much more profitable.

(Un)fortunately, the two games hold some pretty significant lore tidbits that reportedly play a major role in the as-of-yet unlocalized Trails of Cold Steel 4. For these games, that make up what is commonly refered to as the “Crossbell” arc, English fans will have to apply fan-made translation patches. An unedited translation of Ao no Kiseki is available as a PSP patch via RomHacking.net, while, as of this writing, The Geofront is performing the final editing passes on its Zero no Kiseki PC patch.

Finally, it’s worth noting the save data bonuses. In the second and third Sky games, having save data from the preceding title results in some free items being given to you at the start. The Cold Steel 1 & 2 save data transfer, meanwhile, is more significant – altering entire cutscenes depending on what relationships you forged in the first Cold Steel. As a result, it’s worth playing those games on the same platform family (PC or PlayStation, as cross-platform saves are supported for the latter).

Here’s the play order for if you’re going all-in with the series:

If you simply want to play the officially released English versions of the games, you may miss out on some key content from the Crossbell games, but you can always read up on what happens through other sources.

Fortunately, you can play most all of the series on PC before hopping over to the Switch for Cold Steel 3. In fact, the third Sky game is only available in English on PC, so it really is the platform of choice for the early titles.

It’s worth noting that the PC versions of the games also go above and beyond with features like fast forwarding, achievements, and extremely high render resolutions.

With Cold Steel, Falcom went full 3D with the Trails series, after years of 2D sprites on rotateable 3D backgrounds. Voice acting was also introduced for many scenes, with an English dub being produced with a consistent cast across games. This means the subseries feels distinctly more “modern” and approachable, and the setting and structure of the first Cold Steel is unapologetically Persona-like, only adding to the mass-appeal.

While it’s controversial in some circles, it’s definitely possible to jump in with just the Cold Steel series. As a young high school student, protagonist Rean is only slightly more familiar with world events than the player, so much of the outstanding lore is delivered to you naturally.

You’ll still miss out on some aspects, but if you want to pick up Cold Steel 3 on Switch at launch, this might be the quickest way to get there, and the first two games are readily available on a variety of platforms to boot.

Being such a major series in Japan, it’s only natural that Trails (Kiseki), got its own share of spin-offs. These aren’t as essential as the mainline games, but if you want to become the Super Fan, you could always try them out.

For starters there’s Ys vs. Sora no Kiseki: Alternative Saga, a cross-over fighter that has the cast of the long-running Ys series duke it out with the Trails in the Sky crew. Gurumin is also there. An unfinished translation is available via Romhacking.net.

Then there’s Nayuta no Kiseki. While sharing the same name as the mainline games, it’s relatively unconnected, besides bearing the same units of measurement and currency. This one meshes the action gameplay of Ys with the story-telling stylings of Trails. This one has also been fan-translated. 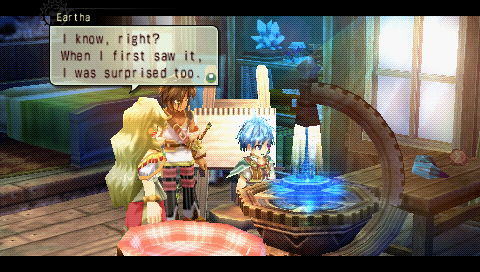 Finally we have Akatsuki no Kiseki, an online RPG that takes place on the same continent as the mainline games and even features familiar characters. Coincidentally, this game was announced for Switch earlier this year, beating out Cold Steel 3, though it’s chances of official localization are looking slim.

So that’s it! There are many different approaches when it comes to getting into the dense world of Trails, and just as many fans ready to defend their preferred order, but it’s definitely worth the plunge, no matter where you begin.

And finally, remember to look inside the treasure chests more than once…