There’s less than a week to go before Fire Emblem: Three Houses arrives on Switch, and ahead of release we’re preparing all you potential professors for the most difficult decision of them all: Which house will you side with? Each has their appeal, but with the future of Fodlan in these students’ hands, the needs of the future are clear — and so I pledge to teach the Black Eagles.

Those hailing from the Adrestian Empire are lead by Edelgard von Hresvelg, whose high-minded air and tactical perceptions serve her well in the Officer’s Academy. Throughout the game’s pre-release cycle, she’s stood out as the most prominent of the house leaders, be it for her weapon choice (finally, another axe lord!) or her noble demeanor. Her destiny as an imperial ruler is also an interesting one, as is her home’s apparent ties to magic (a trait common to pretty much every one of my favorite classes in previous games). 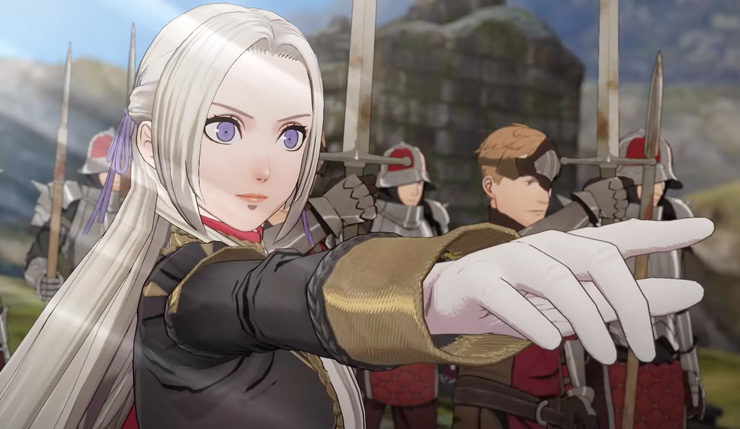 And so it seems that the Black Eagles are defined by two core principles: intelligence and dignity. Multiple students in the house are described as being mentally gifted, be it in strategy (Hubert) or their affinity for research (Linhardt), and nearly all of them are of noble birth. Even those who aren’t are there as representatives of their people via political arrangement (Petra) or are familiar with higher society due to past experiences (Dorothea), making these traits second nature to the class. There are some who break the mold, such as Bernadetta and Caspar, but their presence rounds out the group and keeps things from being stuffy or overbearing.

I look forward to all of these students, their growth, and their futures. Though your choice and values may differ, you can prepare for all potential paths by seeing what we think of the Blue Lions and Golden Deer as well ahead of Fire Emblem Three Houses’ release tomorrow, July 26th.