Since I began attending E3 annually in 2016 as a representative for Nintendo Wire, getting to early-demo the hottest games in Nintendo’s line-up has made summer easily one of my favorite seasons. This year was no different, with me getting to play Pokémon Sword and Shield, Luigi’s Mansion 3, and Nintendo’s next entry in the Legend of Zelda series, Link’s Awakening.

Full disclosure: I’ve never played the original Link’s Awakening, nor have I the DX version released for Game Boy Color. But after playing the demo on the E3 2019 show floor, I kinda wish I had. 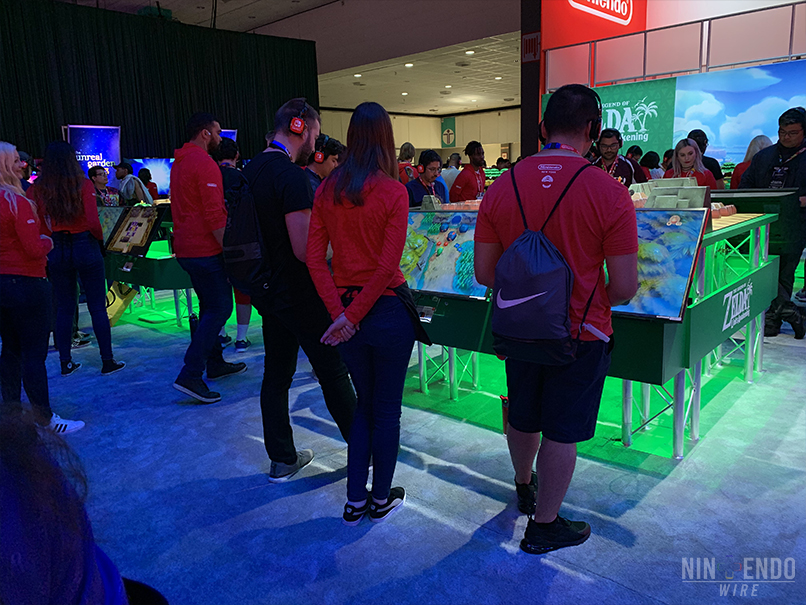 Waiting in line for this game was… torturous. Nightmarish. I’m pretty sure I lost blood flow to my feet a few dozen times. But it was so worth it. From start to finish, it took me about three hours. The first hour-and-a-half or so was spent in a line outside the demo area, in which I stood in a winding line on a concrete floor. Once I got inside the demo area, I was given a piece of paper with a bunch of logos for games including Resident Evil 5, Hollow Knight: Silksong, Marvel Ultimate Alliance 3: The Black Order, The Elder Scrolls: Blades, and more: my choices of demos. I could play five in total.

I was somehow totally surprised at the existence of a second line for Link’s Awakening. In that one, I spent another hour-and-a-half, eagerly awaiting my turn to play alongside industry professionals, fellow members of the media, and Gamer Pass holders. There wasn’t anything too special about the demo area apart from atmospheric sounds playing above (birds and other nature noises) as well as songs from the game’s soundtrack. We were also treated to some beautiful dioramas based on Link, Marin, and enemies from Link’s Awakening, which you can check out in their full glory in our E3 2019 gallery. 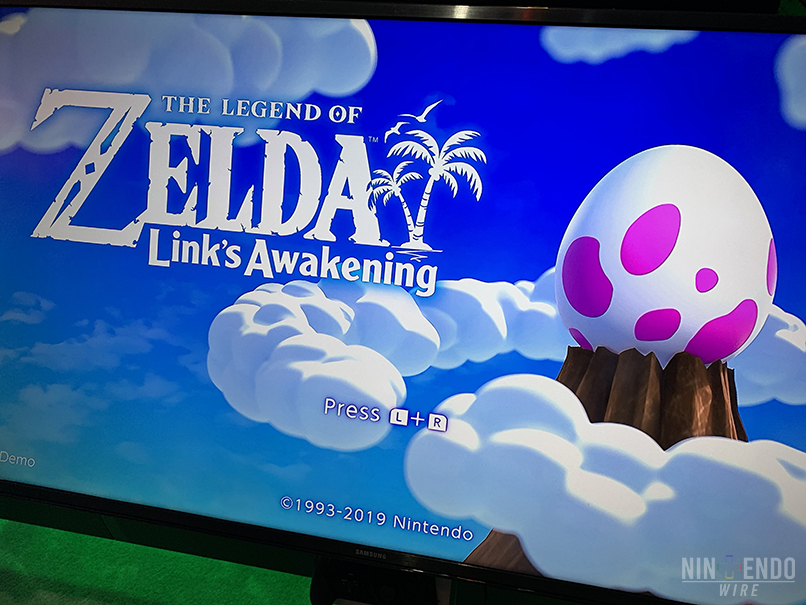 I was given 15 minutes to play, with some initial instructions and bonus advice given to me by the Nintendo representative present when needed (or when they felt it absolutely necessary — ie. when I looked completely puzzled). The world seemed extremely open, and if I didn’t know better, I’d think the entire game was loaded into that demo Switch.

I started the demo waking up next to Marin and Tarin, receiving a shield, and then promptly leaving their house and exploring their town. Immediately, I was taken aback by the sheer beauty of the graphics and music. If nothing else, the game’s presentation was totally on-point, but fortunately, that isn’t the only thing Link’s Awakening has going for it. It’s also just straight-up fun. After exploring the town and speaking with every NPC I could find, my real-life Nintendo rep instructed me to head to the beach to find my sword (I take it she just wanted me to finish as much of the demo as I could before the 15-minute time limit cut me off).

After getting my sword, I got acquainted with Link’s Awakening’s combat system while wandering Toronbo Shores. While attacking enemies and slashing them with your sword is, of course, important, shield-guarding is just as vital. Several monsters require you to use a combination of blocking attacks with your shield before going in for the kill with your sword, so you won’t easily get away with just hacking at anything and everything on screen. 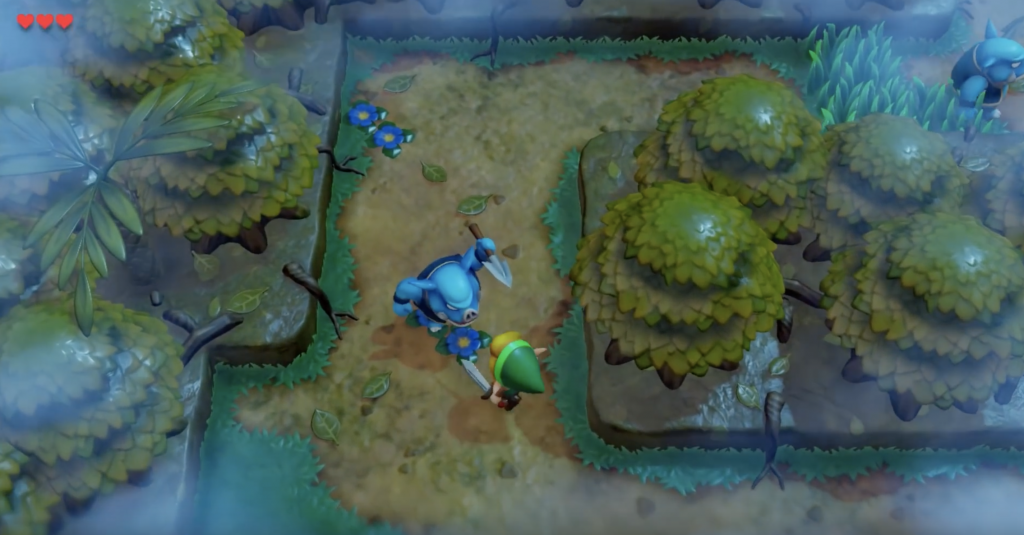 After fighting off tons of monster hordes, I headed north to the Mysterious Forest, where I was faced with lots of angry, spear-throwing and sword-wielding Moblins. Again, using your shield is important here to easily take them down without losing a ton (or all) of your hearts. If injured, though, I was given a bevy of extra hearts by slashing through nearby grass, so it wasn’t as though the demo was too challenging.

For those unfamiliar with Link’s Awakening (like me), exploration is a big part of the gameplay — like all Zelda series titles. No puzzle within the Mysterious Forest was too difficult to solve, although I did need a bit of guidance from my representative when I wasn’t figuring out where to go quickly enough. I eventually got a key and headed back towards the beach to enter a dungeon, and in there is where The Legend of Zelda: Link’s Awakening’s puzzle-solving really shines.

I didn’t get far enough (I was killed and my demo ended before I could fight the final boss), but the final dungeon mostly consisted of outsmarting tailing enemies, pushing obstacles, and defeating obnoxious bats whose only purpose seemed to be to ruin my day. I was a little disappointed I didn’t get any farther (I was so in love with the overworld, I may have spent a bit too much time exploring it), but I adored what I did get to experience. The game is overflowing with charm, and the game’s art-style is by far one of the most creative and gorgeous in the series. The gameplay is reminiscent of The Legend of Zelda: A Link Between Worlds, another fantastic Zelda game, and the combination of engaging gameplay and outstanding presentation made this a stand-out game for me at this year’s E3.

Nothing absolutely new, like the dungeon maker shown off in the E3 2019 Nintendo Direct, was available to play, sadly. Additionally, there were some slight hiccups when playing in the overworld: While indoors, The Legend of Zelda: Link’s Awakening ran at a smooth 60 FPS, outside the game seemed to dip and hover around 30 frames. However, this isn’t a dealbreaker and should be something squared away before the game’s release.

So far, this game has a ton of promise, and I have a good feeling none of us will be disappointed when the final version launches later this year. But, hey, why just take my word for it? Check out our ten-minute video of direct-feed gameplay straight from the show floor!

The Legend of Zelda: Link’s Awakening is set to launch on Nintendo Switch on September 20th, 2019. Stay plugged in to Nintendo Wire for more Link’s Awakening news as it becomes available, and check in with us all E3-long for more updates!