Xenoblade Chronicles 2 review-in-progress – Part 3: The larger, the lesser and a legacy

This is part 3 of our ongoing Xenoblade Chronicles 2 review. For further context on our thoughts on the game so far, check out Part 1 and Part 2.

Sometimes, we find games that are nearly perfectly crafted, yet we simply don’t seem to resonate with them. Maybe it doesn’t appeal to your particular tastes, maybe it came at a bad time, maybe it simply didn’t strike a chord with who you are.

Xenoblade 2 is starting to feel a bit like the opposite of that — it’s got a lot of flaws, several of which are bothersome, but I can’t help but love it. For every misstep or stumble it seems to make, it usually comes back around with a concept or development that I can’t help but find interesting. Since we’ve already delved into most of the game’s broad strokes, I’ll be a little more particular this time around.

Tell me a story

I’ve long gone past the point in the plot where I can talk openly about what happens without spoiling a metric ton, so I’ll refrain from going too much into detail. But suffice to say that it’s a rollercoaster — both in terms of emotions and quality. There are some parts that I’ve nodded or shrugged at with acceptance, and some moments I’ve outright loved. One arc in particular, involving Nia, got me more emotionally invested than most games in past years have, and while it certainly isn’t consistent, the game has more than its share of high notes. It’s not so much an unevenness of “good” and “bad” as it is of “alright” and “great,” if that makes sense. 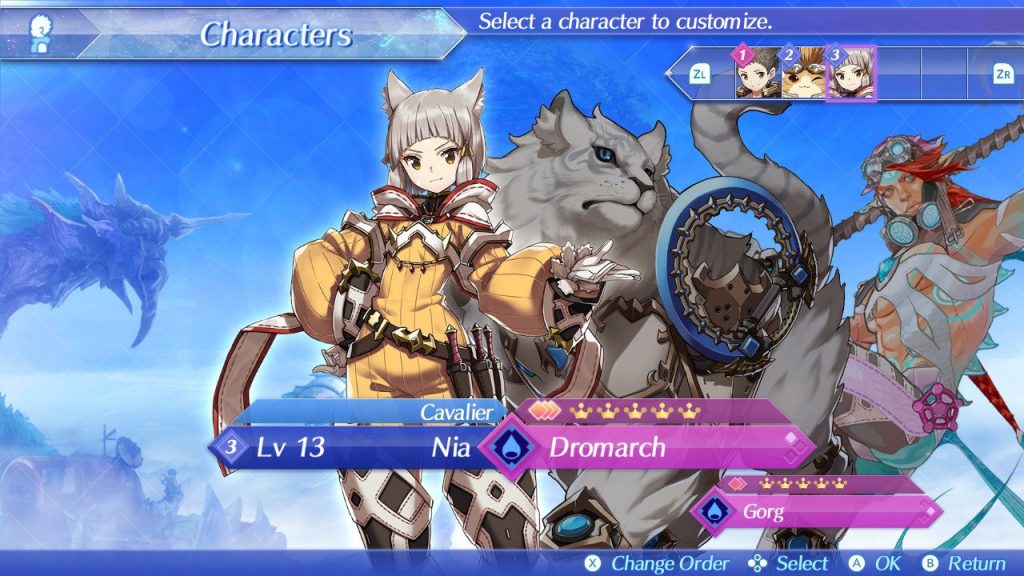 What carries the storytelling is, like with many JRPGs, the characters. Almost all of them are somewhat likable or interesting, and many feel fleshed out and at least a bit developed. This is bolstered by the game’s Heart-to-Heart system, allowing little cutscenes of character or world building that helps greatly in adding nuance or intricacies to the cast. From goofier characters like Tora and Zeke to more reserved ones like Mòrag, I haven’t yet encountered a character I truly dislike.

The game’s voice acting is, for the most part, also pretty good. Performances vary, and there’s some awkward liplock at times, but there’s some solid work on display here. The array of British accents lend the game a unique and more memorable flair than many American works (much like its predecessor), and the lines during and after battle are as exquisite and memetic as ever. I haven’t had a crack at the Japanese voices yet, but going by the impressive lineup I’ve seen in the Blade Album I would assume it’s of good quality. 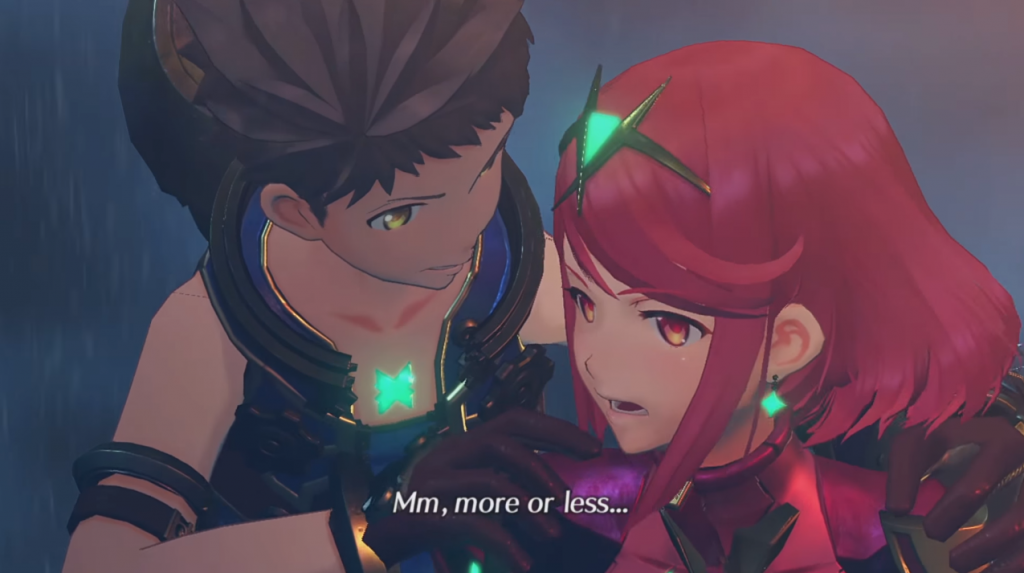 I’d like to stop and talk for a moment about one of the game’s smallest moments, which I found utterly fascinating. I was doing a quest for the Mor Ardain Empire, which involved finding artifacts and extracting materials — nothing unusual or extraordinary. But upon turning in the mission, my lead party member, who was a member of the Mor Ardain military, admonished the quest-giver for squandering money on the party, and as a result I got absolutely no reward.

From a game design perspective, it’s counterintuitive, as it provides the player absolutely nothing tangible. But I loved it! It was extremely interesting to see the reward of a quest change due to my party composition of the time. I have no idea if this was an isolated incident, or if there are similar circumstances with one of the game’s other myriad quests, but it was a really cool moment that felt very in line with both the world and the character. And that sort of immersion is what I appreciate.

Speaking of immersion… while I’m rarely a stickler for the technical details of a game, it is worth mentioning that XC2 is, at the moment, a bit uneven in that aspect. Most of it has to do with pop-in, as it can take a while for the environment to fully load initially when you skip travel. This is definitely more of an issue in handheld mode on Switch, where the game occasionally struggles to chug along. One particular cutscene early on failed to fully load Rex and Pyra’s armor, which made it look like they were wearing ugly gray blobs. Most of it is benign and maybe a bit humorous, at least. 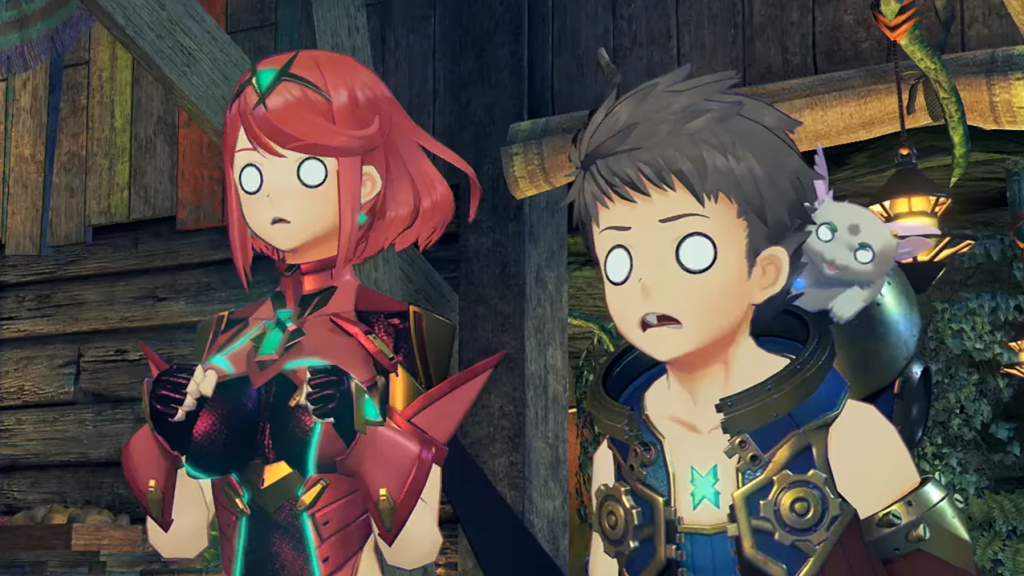 What is more frustrating and inexcusable, however, is that the game has hard crashed on me — not once, twice or even three times, but four. Given that I’ve only had one Switch crash before (on Fire Emblem Warriors), this feels like a rather high amount, especially since the game doesn’t have an autosave. While the fact that the game does save whenever you roll for Blades helps, I’ve still lost up to an hour or two of progress, and I’m sure it could be worse. Each crash has been in handheld mode, however, so maybe it won’t happen if you’re a TV player.

In short — play the game on a TV when you can, lest you lose time or sanity.

In the shadow of greatness

Before I close this section of the review, I wanted to reflect on my thoughts in comparing Xenoblade Chronicles 2 to the first game. I’ve done it several times throughout the review so far, as I’m sure many have, but I think addressing the issue a bit more straightforwardly will be valuable.

I won’t mince words: the first Xenoblade Chronicles is a game near and dear to my heart, an experience unrivaled by most out there, and one of my favorites of all time. It’s hard to believe it’s only been a few years since I was blown away by its scale, majesty and art. A sequel to such a personally important game carries with it the weight of great expectations — ones that can be hard to live up to.

The first few dozen hours I was playing this game, I was analyzing every little callback, considering every parallel, comparing the game on every front to its predecessor. But as time wore on, I gradually stopped pitting the two against each other, and started to really look at Xenoblade 2 on its own merits. 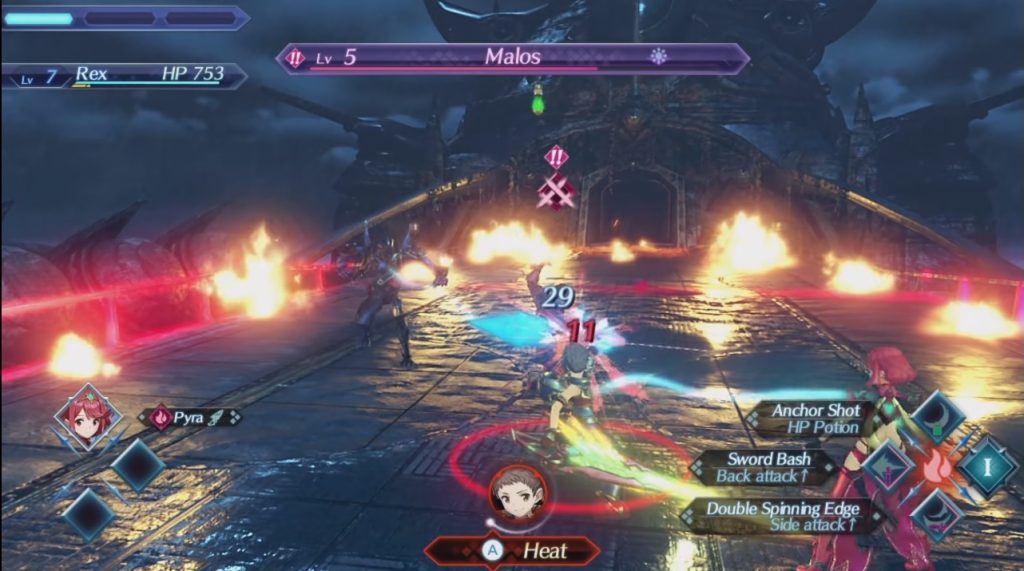 Rex isn’t Shulk. Pyra isn’t Fiora. The world of Alrest isn’t the same as that of the Bionis and the Mechonis. But that’s all okay. Xenoblade 2 obviously draws a lot from the first game, and some comparison is warranted, even necessary. But once I stopped thinking of it purely in points of contesting the two, my enjoyment increased greatly. Nothing can ever be the same as the first Xenoblade in my heart, but that doesn’t mean Xenoblade 2 isn’t damn fine for what it is.

I’m past the 80 hour mark, and there’s still a solid chunk of game to go. Depending on how long it takes there may be another part to this series, or I may go all in on a full, sweeping review of the experience. Time will tell. But I’m ready to go to Elysium.

Stay wired for our continuing coverage of Xenoblade Chronicles 2, as the journey winds down to completion.