This is Part 2 of our ongoing Xenoblade Chronicles 2 review. Check out the first part of our review for context and thoughts on the earlier parts of the game.

My Xenoblade Chronicles 2 experience has continued on for another few dozen hours, and while there have been some more hiccups than last time I’m still chugging through the game and enjoying myself. The changes from previous entries grow more apparent with time, as do the intricacies of the plot, and there’s a lot to say. But I’ll try and keep it a bit brief here.

The majesty and the mundanity

Nothing gets size quite like Xenoblade. All three games so far — the original Chronicles, X and now 2 — feature massive environments and huge, sprawling quests. But the way each game articulates itself is quite different. One of X’s more pressing issues was the massive size of its hub, which made it hard to find the right party or navigate around efficiently.

Xenoblade 2 whittles down its number of quests to a much more manageable size, with plenty of ones to engage in that don’t succumb to bland padding. Most are still fairly simple — go here, do this, collect materials and so on — but for the most part, they’re not too cumbersome. A number are also more involved than the typical quest in XC1, focusing on specific Blades you have (or will) acquire and utilizing their specific skills to accomplish tasks. 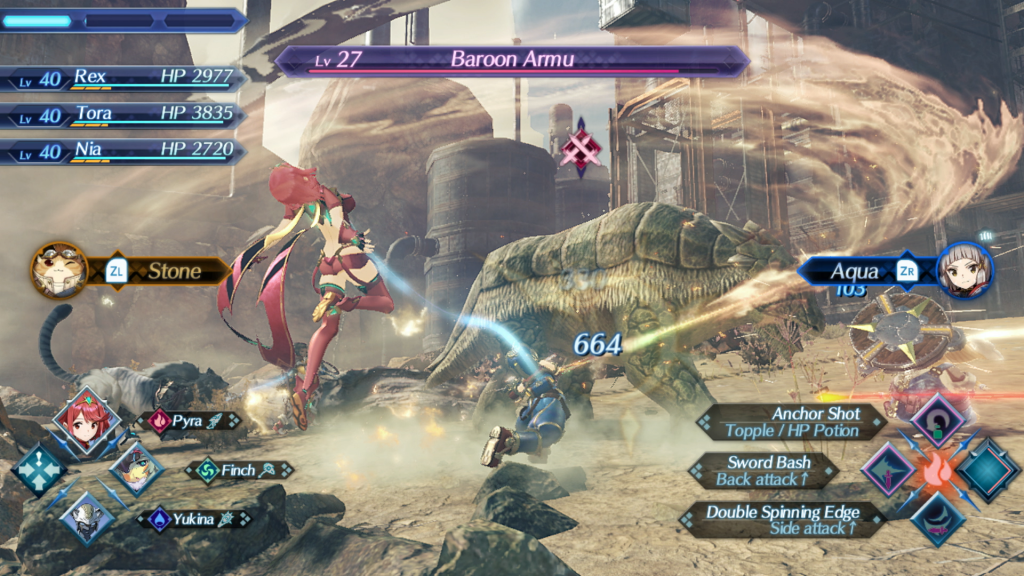 The game’s exploration is also consistently fantastic, rewarding you not just with collectibles and experience but specific quests and areas. Monolith Soft hasn’t forsaken good level design in the process, either — the titans of Alrest are just fun and interesting to explore in general, as you never know when treading down a hidden side path will lead to some expansive vista or gorgeous lookout point.

If there was only one complaint I have about all this, it’s the lack of the affinity chart. Well, sort of — the chart still exists, but it now serves as a more stringent gameplay function, used in progressing your Drivers and Blades. It no longer serves as a giant web of relations connecting the entire world together, which I can’t help but feel a little disappointed about. One of the more intricate aspects of XC1 (and to a lesser extent XCX) was seeing how all the people you met were ultimately connected to one another, subtly yet profoundly showing that it was a small world after all. The lack of it in XC2 just makes it feel a little less connected. Not enough to fully diminish the quality of the world designed, but it stings nonetheless.

Speaking of the world, I’ve been consistently impressed by Xenoblade 2’s world building, which not only feels original but realized and thought through. While there are tropes any fantasy aficionado would be familiar with — a militaristic empire, mysterious organizations in the shadows, etc. — it manages to break away from some clichés and provide interesting, if brief, glimpses into certain themes. While the game touches on topics like imperialism, environmental destruction, war and other touchy subjects, it never gets overtly preachy or one-sided in its messages. There’s nuance here, and while it’s not the most expertly written game ever, it manages to avoid typical JRPG heavy-handedness a lot of the time.

The game’s plot continues to be engrossing as well, especially as more and more of the game’s mythology makes itself known. The introduction of Mythra and the slow reveal of what the villainous Torna is up to feels well paced, neither dumping the entire story on you at once, nor painfully hiding too many details from sight. There’s the occasional misstep here and there, but as far as the game’s central plot is concerned I’m quite invested at this point. 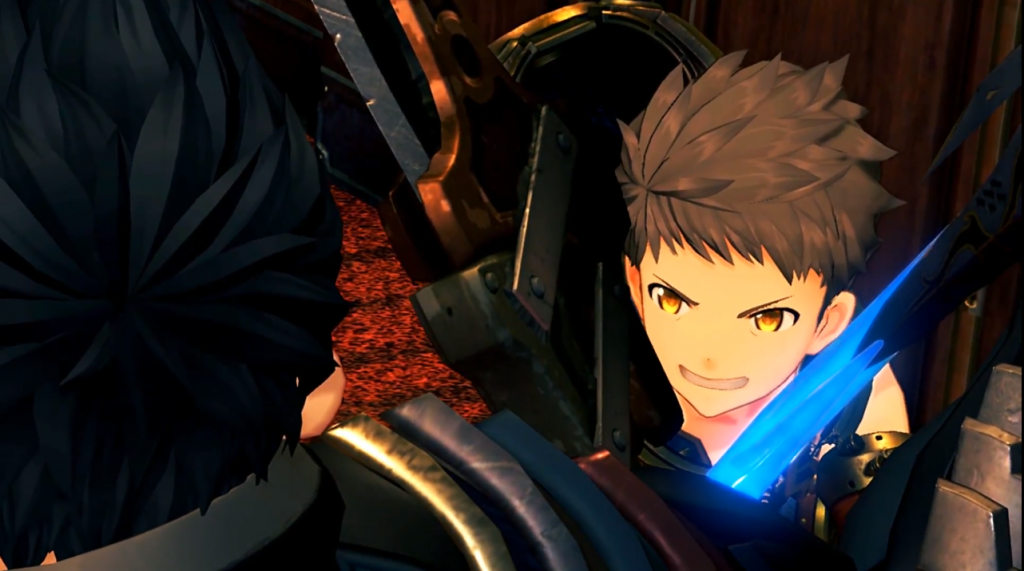 However — and this is a big however — some of the game’s moments fall victim to the scourge of Anime. Not anime, as in Japanese animation – I’m talking capital-A Anime, full of tropes and addlepated humor and fan service that makes me raise an eyebrow or two. While some of it can be so stupid it loops around to being funny again (such as with Zeke, who could give Owain from Fire Emblem a run for his money), there have been several moments that have induced eye-rolling, facepalming and staring blankly at the TV. It’s such a strange contrast.

Time will tell whether the story will finish strong or fizzle out in a spurt of Animeness, but at the moment I hope it tends toward the former, especially since the first Xenoblade’s plot truly excelled in the second half.

Something I didn’t dive into last time was the Blade system, which really provides the core of your equipment and loadout. You can equip multiple Blades (initially two, and later three) to swap between during battle, each with different weapons, roles and elements. Each controllable character (a Driver) has their own pool of Blades they can use, and one Driver will use a weapon differently than another. 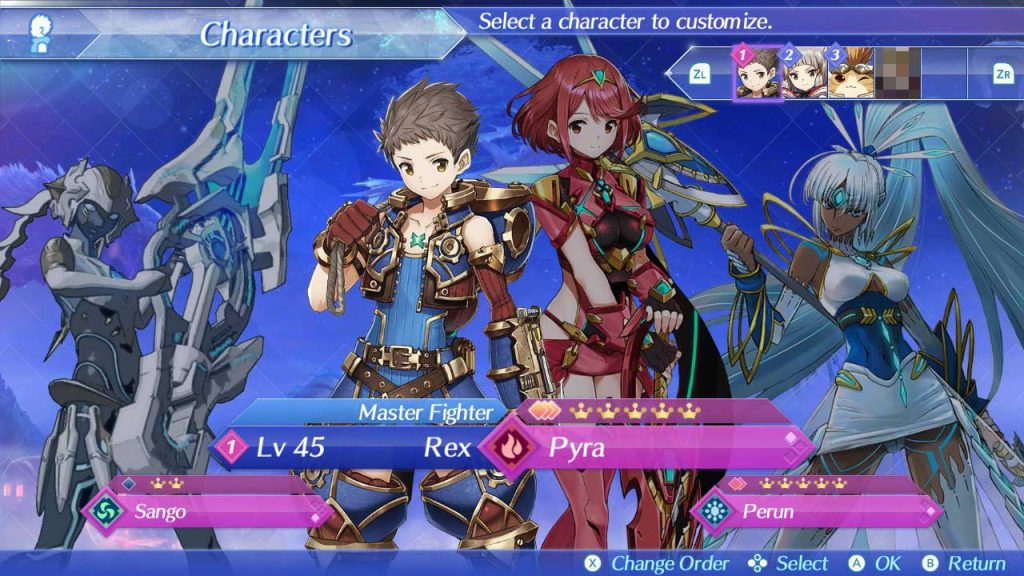 What makes the Blade system peculiar and unique is the fact that it relies on a “gacha” system — you don’t merely acquire Blades through gameplay; you “roll” for them via Core Crystals, and what you get is luck of the draw. Compounding the issue are Rare Blades, which are uniquely designed Blades that are stronger and generally have cutscenes or quests associated with them. Getting them is, for the most part, up to the mercy of the game’s RNG. And of course, you may end up with a Rare Blade you don’t like, considering a good number have designs that could be called “questionable and maybe distasteful” at best.

While I can’t put into words how glad I am that the game doesn’t have microtransactions (because that would be horrible and stupid), the number of common blades you’ll acquire trying to get Rares is a big high for my liking. The game does have a valuable use for whatever Blades you’re not using (sending them on timed Merc Missions to build trust and acquire abilities, several of which require a decent variety of Blades), which helps to alleviate matters, but it doesn’t quell the fickle beast that is the RNG. 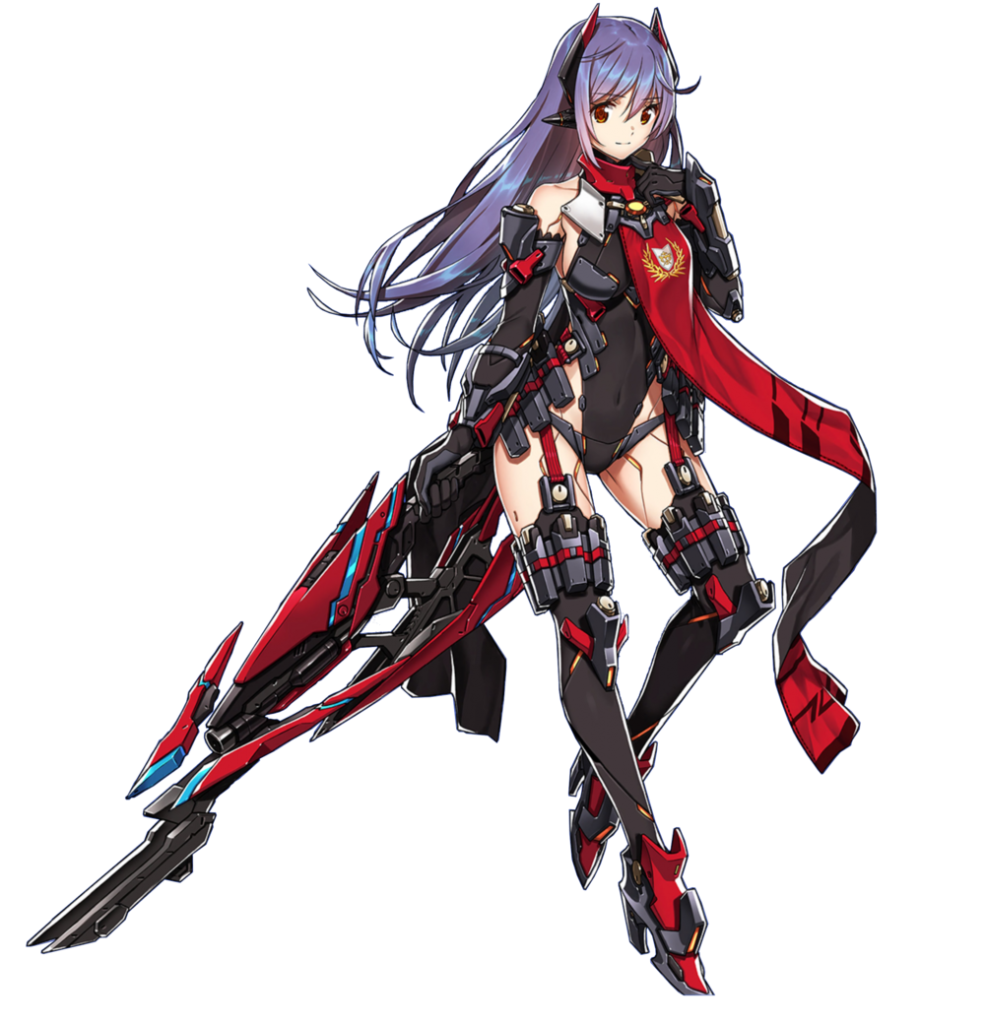 Of the Rare Blades I have acquired so far, there are a great number that look cool, interesting or just likable. Most have fairly simple and one-note personalities, which is a tad disappointing, but asking each one to be a complex and multifaceted character is admittedly much. Of the ones I have, some of my favorites include Boreas, Adenine and Finch, and I’m sure everybody will get their own particular faves over time, which is the “advantage” of such a system. And the fact that you don’t have to necessarily use Blades you don’t like is a plus, too.

I’m rapidly approaching the 50 hour mark, and I still only feel like one-third to one-half of the game is complete, which is a little crazy. I still have a long ways to go, but if it’s as great as the journey up to this point has been, then count me in.