Review: The End is Nigh

While I can’t wait to dig in the leftovers of my favorite meat-drenched dish later this month, there’s a new kid on the block in desperate need of a friend — cleaved from the same creative cloth and a similar disregard for self-preservation.

I’m talking, of course, about the phenomenally designed puzzle-platformer, The End is Nigh — nominated at this year’s Game Awards under the category ‘Worst Cure for People With Heart Conditions.’ 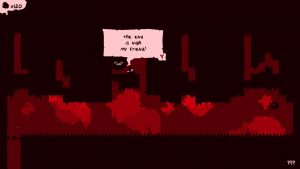 Contrary to what the title suggests, the end is neither nigh nor near, but rather already in full force. Our plucky protagonist Ash — boisterous blob and last living thing on earth — spends his post-apocalyptic days somberly streaming video games to an audience of none, only to one day have his favorite cartridge crash beyond repair. After a tantrum fraught with panicked profanity, our shapeless survivor eventually decides to set out on a masochistic misadventure for friendship, no matter how much (or many times) it kills him.

From your first slippery steps into its war-torn world, it’s clear a lot of love went into crafting each and every set piece. The stunning, silhouetted aesthetic couples beautifully with bolded animations and eye-popping backgrounds shaded in color, providing a crisp, cartoony feel throughout. Whether navigating the crumbling ruins of an ashen metropolis, rising tides of lava laden hellscapes or hollowed hulls of cannon firing airships, there’s plenty of somber scenery to take in while you’re mercilessly being pummeled into a pulp. Outside a few instances when various hooks and hazards became difficult to spot, I couldn’t imagine a more stylish setting to twitch my thumbs to. 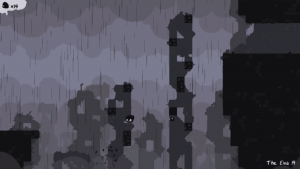 Of course, pretty pictures only make up half the presentation’s endearing ensemble. Complementing all the eye-gougingly gorgeous candy is a superb soundtrack comprised entirely of remixed classical-era compositions — from 8-bit Beethoven symphonies to Tchaikovsky in the key of metal. Ridiculon’s renditions of Hungarian Rhapsody and Danse Macabre are particularly worthy of praise, the latter of which perfectly encapsulates Nigh’s more playful, yet terrifying tones. Needless to say, I found myself positively mesmerized by all the tracks on tap to the point of listening to them all in excess while writing this review.

As a spiritual successor to Super Meat Boy, it’s nigh impossible to talk about The End without first acknowledging the ground-beef-work tenderized by the now notorious meatsack’s debut outing. A lot of Meat Boy’s juicy drippings run deep through Ash’s veins. After all, both games are ridiculously challenging platformers featuring tiny daredevils attempting to circumvent large hazardous stages against seemingly insurmountable odds. Couple that with a flair for frustration and enough gratuitous humor to make a ‘90s episode of Ren & Stimpy seem tame by comparison and you’re left with the makings of another meaty McMillen-sized recipe for success.

Though that’s not to say the game doesn’t carve out its own irresistible identity. Buried beneath the familiar aesthetic and platforming mechanics of its slippery predecessor, Nigh seasons its gameplay with a much tighter emphasis on precision — the biggest switch up being Ash’s more traditional control scheme and predictable movements. Instead of sticking to, shimmying down and leaping off walls, our bulbous blob can only cling to clearly marked hooks and ledges. This loss in agility demands each pounce be pixel perfect to the point even the slightest miscalculation in momentum constitutes the difference between life and death. 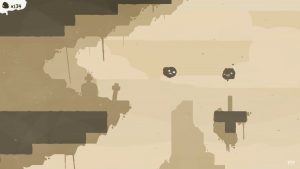 Make no mistake, you will die endlessly throughout your cadaver crafted search for companionship. Death comes swift and without mercy as you’re thrust through each and every satanic screen itching to grind your nerves raw. Fortunately, with each salty setback comes the opportunity to learn from your mistakes, hone your craft and eventually conquer the current perils at hand. This purgatorial loop of “try, die and try again” forms the bleeding heart of The End’s gameplay — so much so that by divine design an instantaneous respawn system was implemented to assure salvation never quite feels out of reach.

A WINNER IS YOU!

Every stage feels carefully designed around both Ash’s trial-and-error approach to problem solving and conservative control scheme, evoking brainer vibes than Meat Boy’s oftentimes brawny methods. Beyond avoiding the usual suspects of McMillen’s many morbid monstrosities, not to mention more spikes than the spirited spelunker Aban Hawkins himself could handle, most screens require elements of puzzle solving to slip by unscathed, like triggering traps or shifts in scenery. It’s a clever differentiation that breathes new life into what could just have easily become “yet another Meat Boy” clone, made even more unique thanks to an emphasis placed on exploration and experimentation.

Admittedly, The End is Nigh could never be deemed a true Metroidvania in any conventional sense of the term, though it does possess some striking similarities and influences. Unlike Meat Boy’s smorgasbord of selectable stages, each of the game’s series of single-screen challenges are loosely connected to the next, resulting in a sprawling overworld complete with branching pathways and hidden items. As such, knowing when to double back between screens from alternate vantage points becomes crucial for anyone seeking to snag that elusive 100% completion rate. Despite a relatively low number of warp points that make backtracking a tad more tedious than I’d have liked, uncovering each and every tucked away trinket is met with a rewarding sense of accomplishment unrivaled by even the best in the genre. 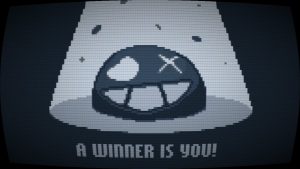 That’s largely in thanks to Nigh’s ingenious design when it comes to balancing its difficulty. While stumbling through story stages proves quite the fanciful feat on its own, snatching hidden tumors pulsated throughout each puzzle-powered screen oftentimes provide Nigh’s most malicious of platforming pitfalls. In this sense, players themselves choose the difficulty of the path before them in real time, armed with the knowledge that striving for each cancerous collectible involves taking considerable risk to your blobular bod.

Matter of fact, seizing enough of the benign li’l buggers opens up special areas to explore and game cartridges to collect, which themselves unlock a series of retro stages far more punishing than anything found in the campaign. A homage to classic games of yesteryear, these playfully punned gauntlets build off established mechanics while introducing a few devious tweaks of their own, like limited lives or less forgiving checkpoints. In the spirit of avoiding any spoilers, rest assured there’s enough meaty end-game goodies vacuum packed here to keep even the most proficient of platforming enthusiasts occupied well into our own apocalyptic futures. 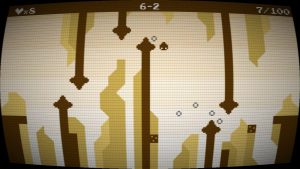 NO ONE CAN JUDGE MY BAD LIFE CHOICES

In a genre teeming with culinary copycats, The End is Nigh is a delicious second course to Meat Boy’s well-done entrée. Served alongside morsels of Metroidvania stylings, drizzled in a seductively silhouetted sauce and paired perfectly with a vintage, thirst-quenching selection of classical compositions, its palette proves nothing less than platforming perfection.

Admittedly it’s a dish best served cold, thanks to a bitter pinch of punishment not suited to everybody’s tastes. Though anyone with a seasoned stomach strong enough to digest its hot ‘n spicy predecessor is sure to find one of the most insatiable delicacies the Switch has to offer. 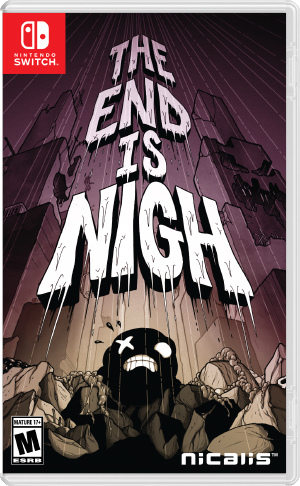