It’s been seven years since VVVVVV first came out and in that time it’s been released on several platforms, including the 3DS and even smartphones. Yet in all these years I somehow managed to not play it. It was the type of game I’d always hear mentioned among other unquestionably great indies, rubbing shoulders with Super Meat Boy and Cave Story — but I just never picked it up.

That was a mistake. One I can only hope to atone for by singing praises now.

You’ll be controlling Captain Viridian, intrepid and excitable leader of a six person team exploring space. Throw in a few anomalies and some dimensional flux, and suddenly the crew is separated and Viridian finds themself able to flip their own gravity. Other than movement it’s your only skill, and yet the game gets so much milage out of it, thanks to some truly genius level design. 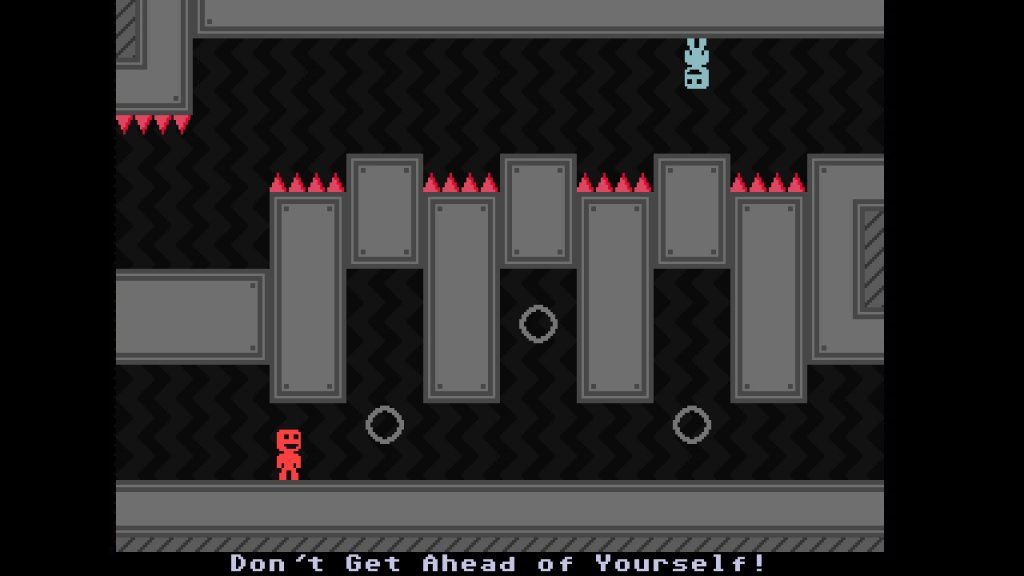 As a platformer, it’s easiest to say changing gravity is the equivalent of a jump — but to do so would miss the mark slightly. While it functions by helping you progress, it requires a different kind of thinking and understanding before it feels second nature. This gives many of the levels a puzzle-like quality to them, though reflexes still play their part. This cornerstone of the game manages to turn platforming conventions on their head and provide an engaging skill that carries the adventure both thematically and tacitly.

Rather than just have you go from challenge to challenge, VVVVVV offers a whole overworld to explore in the style of Metroidvanias. You won’t be gathering equipment to access new areas, but the fun of revealing every tile of the map and stumbling onto shiny collectibles behind extra difficult (optional) challenges gives the game some added depth and incentive. Dotted with teleporters and somewhat divided right down the middle, it never felt too demanding to get around, and things were even color-coded to the missing crew members to assist in understanding.

Ultimately, your goal is to gather said comrades, with their areas serving as the game’s “levels.” Each brings along unique features, such as warps or Pac-Man-style screen edges that bring you back around. These complement the gravity mechanic perfectly and heighten the experience from merely enjoyable to outright spectacular. 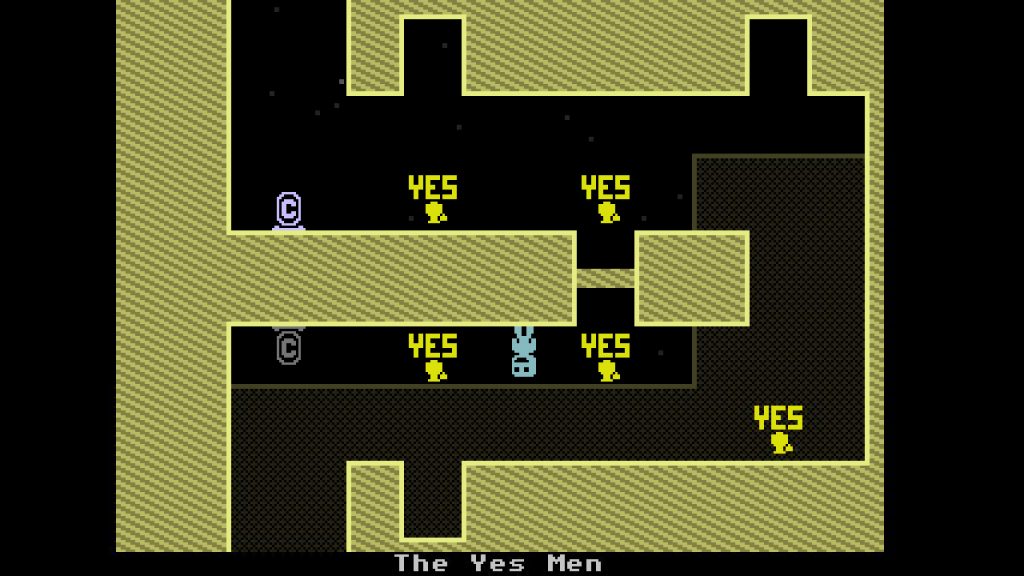 The simplified visuals and addictive chiptune soundtrack manage to complement everything perfectly. The end result to all of this is a game that plays great, looks great and sounds great; and it manages to test your acuity and dedication in the process. And test it it will.

I died nearly a thousand times in my playthrough, yet it’s a credit to the game that I never wanted to quit. Any failures are momentary setbacks, with checkpoints being frequent and placed well. The game featuring a death counter should be telling though, as this game practically prides itself on the difficulty. It also isn’t a long game by any stretch, with my final time for a first playthrough being under three hours and taking me a single afternoon of dedicated time. If you can’t handle repetition leading to mastery and some outright diabolical extras, then you might be ready for VVVVVV.

With VVVVVV’s arrival on Switch comes new additions and features for the platform’s version, though I can’t say they’re necessary by any stretch. Co-op multiplayer is the main attraction for these, letting two players take to the entire game. Each player has their own gravity, meaning when Player 1 flips, Player 2 doesn’t. While that’s a welcome way to avoid frustration, whenever one player leaves a screen it takes both to the next one no matter what. That’s a not-so-welcome way to progress through the game. Still, it provided some laughs and challenged me to think of certain rooms differently. 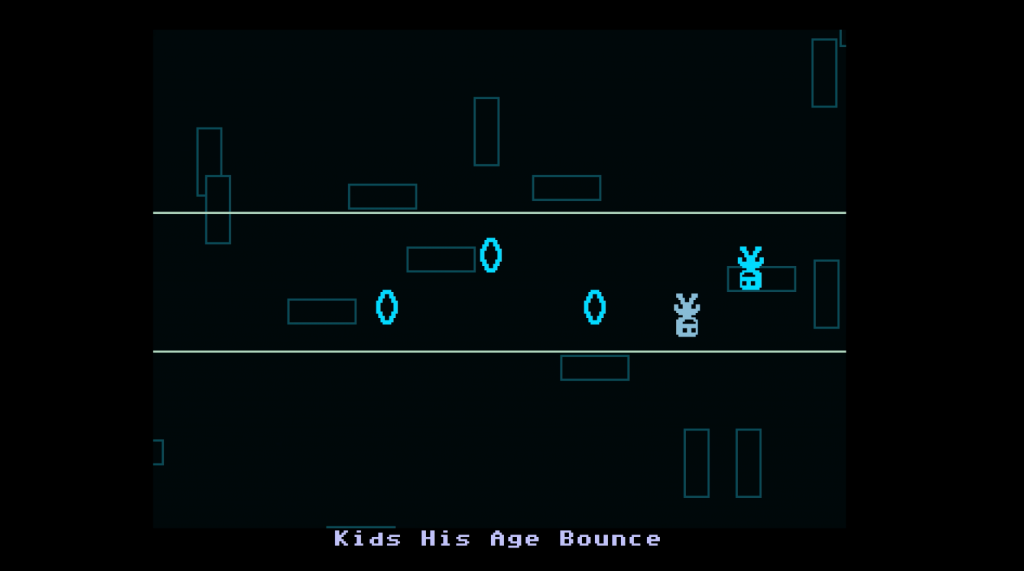 Performance-wise, the game’s buttery smooth both docked and in handheld. Much like its swapping between gravitational poles, VVVVVV is a game that seamlessly switches between these modes and I have a hard time deciding which I like more. Joy-Con work well enough, though if possible I recommend playing with a D-pad over a stick for the precise movement necessary.

This was my first time playing the game, so it’s hard for me to make a statement on if this is the “best” version or worth a revisit. Priced at $9.99 it’s not the cheapest, though it is the only one with the multiplayer and hybrid nature of the Switch. If you’re like me a few days ago though, and have never tried this wonderful little game before, you absolutely should give it a go.

Or, in a word: Visionary. 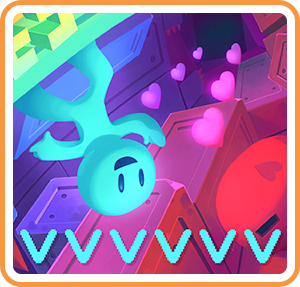