Reflection: Building a team of friends at Nintendo Wire

Six months ago, I sat down for a Skype interview with Happily Candied and Amiibo Jason. I had spent the previous three weeks agonizing over each individual word, sentence and paragraph of my application for NintendoInquirer.com (now NintendoWire.com), a website I’d been following since the very beginning of its existence. During the interview I answered basic questions about my favorite video games, my writing experience and my availability. I was excited for the opportunity to write about one of my biggest passions in life: video games. What I didn’t know was that I would build friendships here that I can see lasting for years.

You don’t often get to see the contributors for Nintendo Wire. Sure, while Jason and Lauren are livestreaming games (complete with Jason’s eye roll-worthy jokes) the contributors are there to moderate the chat, but I don’t think we’re able to accurately convey the sense of camaraderie we’ve all built as a team. After I was hired, I suddenly had a big group of friends at my fingertips to chat with about video games and, more importantly, life.

I’ve chatted with Ben Fruzzetti into the wee hours of the morning on topics ranging from Nintendo games to learning foreign languages. Bryan Finch and I have had a few in depth discussions about Ace Attorney. I remember Bobby Soto messaging me telling me not to feel too bad after one of my articles wasn’t received well. I always enjoy the banter with George Comatas whenever he pops into chat – which is usually about Overwatch or Sun & Moon. When I was unsure about the quality of my writing, Brittin Shauers was there to give me some confidence. The night of the Sonic 25th Anniversary Party, I remember laughing hysterically at the disastrous party, as well as the wonderful commentary, from Ricky Berg and Daniel Dell-Cornejo. I sat through the entire party while messaging Jaxson Tapp about the glorious event unfolding right before our very eyes. 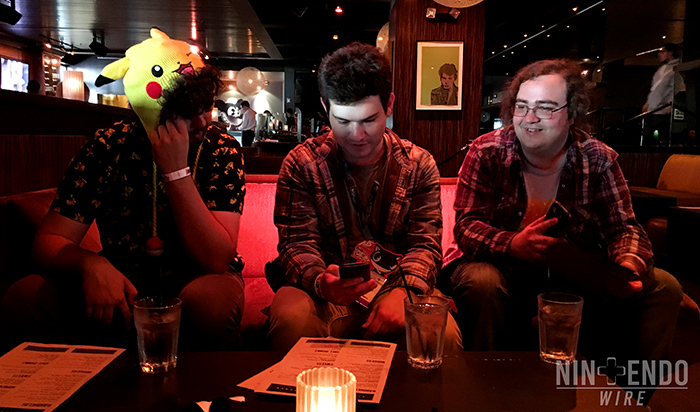 Conversations between us can get serious, too. I remember chatting with Tom Brown after the Brexit vote happened, as well as being there for everyone on election night here in the states. When things weren’t going well for me, and I had to take a short break from writing here at Nintendo Wire, Matthew Weidner was there to help me sort everything out. And, of course, Lauren and Jason are always present in chat to guide the website along as well as to engage in the goofy conversations that happen on a daily basis.

I will be forever grateful for the friendships I’ve forged here at Nintendo Wire. It’s an amazing benefit of writing for this website that I didn’t expect when I applied for a position here. The day Nintendo tweeted the NX reveal was happening the following morning, we all went nuts predicting, speculating and wondering what was going to happen. It’s a memory I hold very close, as it was filled with pure joy from all angles.

After taking a few weeks off for personal reasons, I’m back to start regularly writing articles for Nintendo Wire. I’m incredibly happy Jason and Lauren chose me to write for this site – it’s an experience that’s been valuable to me since I joined. I haven’t met anyone on the team in person yet, but I know that will change soon. I’ll be attending E3 this June, and I hope there I get to meet some of these awesome people I’ve grown close to over the past six months. Here’s to six more!