Guide: What each color Pikmin does in Pikmin 3 Deluxe and where to find them

Every explorer of PNF-404 will need to be at the top of their game to make their journey a success. That means understanding teamwork, multi-tasking, and most of all… Pikmin! These little sprouts are essential to nearly every task on the planet and will be the key to success and survival in Pikmin 3 Deluxe. Of course, that doesn’t mean all of them will make it out alive, but if you need a primer on what color Pikmin is best for what sort of task you’ve come to the right place. 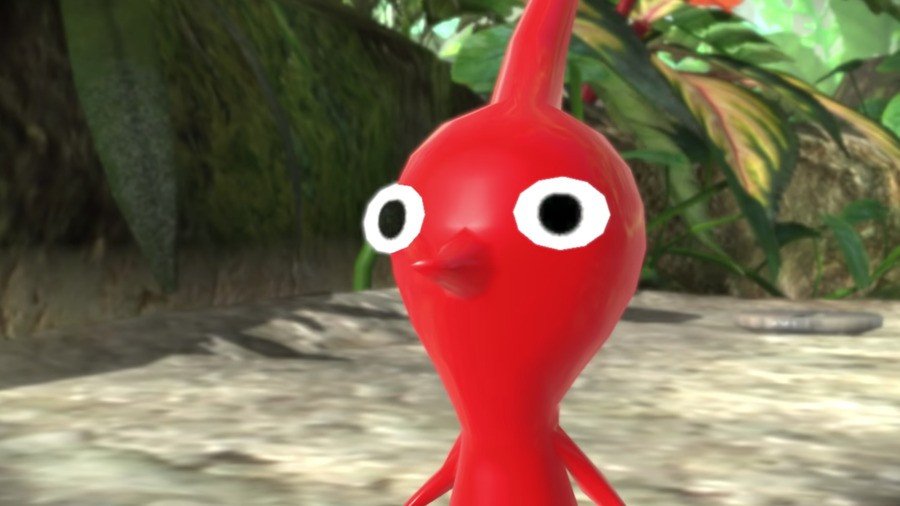 Where do you find Red Pikmin in Pikmin 3 Deluxe?

Across the Pikmin series, Red Pikmin have traditionally been the very first color Pikmin you encounter. Although Pikmin 3 Deluxe plays with that tradition, they and the Red Onion will still be introduced early on at the Tropical Wilds, the first area you’ll be able to grow more Pikmin in as Alph.

What do Red Pikmin do?

This early familiarity can make them feel less specialized than the other colors, though in a couple key ways Red Pikmin set themselves apart. It also means that you’ll be harvesting Red Pikmin for longer than any other type, and will likely end up with many of them as reserves.

That plentifulness helps, as Red Pikmin have stronger attack power than other Pikmin. This makes rushing with a swarm of them an effective strategy for cutting through enemies’ health quickly. Must be the pointy noses…

Red Pikmin are also fireproof, making them the go to for any task where flames are a hazard. This includes not just environmental obstacles, but certain enemies. If an enemy breathes or shoots fire, make sure to have Red Pikmin handy to put them down and out! 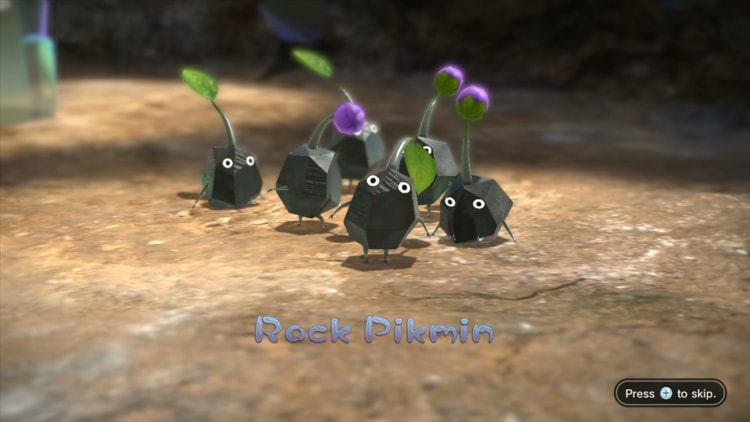 Where do you find Rock Pikmin in Pikmin 3 Deluxe?

After you get to know (and get to grow) Red Pikmin on your first day, you’ll be able to travel to the Garden of Hope. Once there, you can discover your next Pikmin type and one that was brand new to Pikmin 3 — Rock Pikmin! Head north from where you land in the area and you can find them and the Gray Onion waiting in a cave.

What do Rock Pikmin do?

Take one look at Rock Pikmin and you’ll know they’re unique. Those hard, stony bodies mean they can’t be crushed or impaled by enemies that use those techniques. When thrown, they are also able to break crystals. That shattering can handle natural forming crystals, glass, and in some cases even sections of certain enemies.

Rock Pikmin have one other quirk, and that’s that they do not latch onto enemies when thrown. Instead they stick to their blunt force theme and pelt enemies as you toss them. If you don’t continue to toss, they’ll instead ram into the nearby foe for less than optimal damage. Consider this when you encounter new enemies or develop strategies to face old ones. Their arms do have one use, though: Rock Pikmin carry objects quicker than other types. 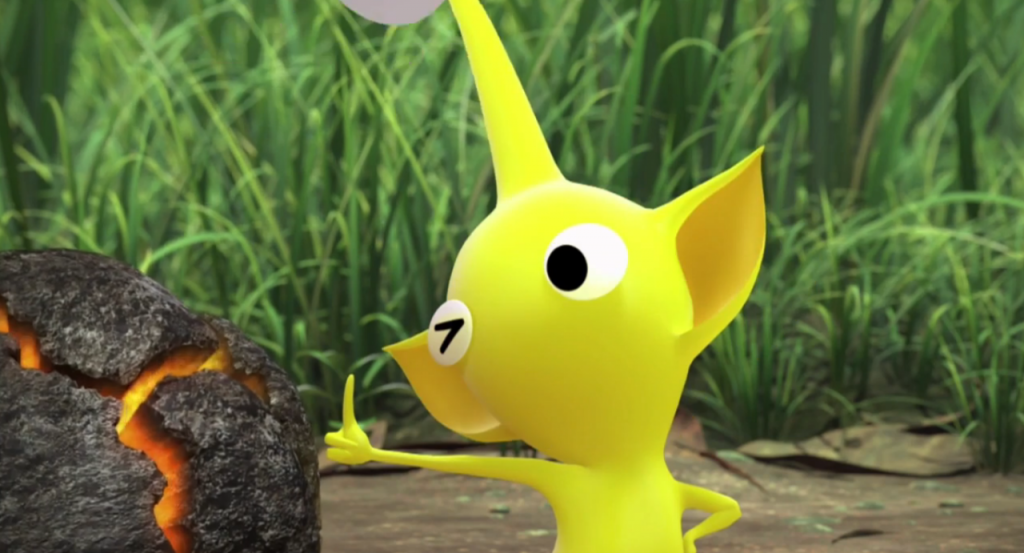 Where do you find Yellow Pikmin in Pikmin 3 Deluxe?

As mentioned before, Red Pikmin are almost always the first Pikmin you get access to in this series. In Pikmin 3 Deluxe, though, you’ll briefly have control of a group of Yellow Pikmin even before that! Charlie will encounter a squad of them in a brief section of the Distant Tundra, and it won’t be until the crew returns there to save him that you’ll be able to fully recruit Yellow Pikmin and the Yellow Onion. To do so, you’ll need to collect the Data Glutton from the Garden of Hope by defeating that area’s boss.

What do Yellow Pikmin do?

Once you have Yellow Pikmin, you’ll realize how multi-talented they are. First and foremost, they’re the lightest Pikmin type and can be thrown higher than other colors. This allows them to reach certain areas others can’t, and the unique arc of their throws can be helpful with certain enemies. Maybe the ears give them extra hangtime?

Yellow Pikmin are also immune to electricity. This means that any shocking enemies or obstacles can’t fry them, and they can break down electric fences no problem. They also conduct electricity, meaning that at certain points they can serve as an energy feed to certain power sources. Doing this won’t just reactivate certain stage elements, it’ll also make any Pikmin in the chain upgrade to fully grown flowers!

Lastly, Yellow Pikmin gained a new ability in Pikmin 3: They’re now the fastest at digging among all other Pikmin types. This is sure to help with unearthing treasures and resources, especially with each day being on a time limit. One last note, though, for long time players: Previously, Yellow Pikmin were the only Pikmin that could handle Bomb Rocks. That’s no longer the case, as all other types can now comfortably handle the explosives. 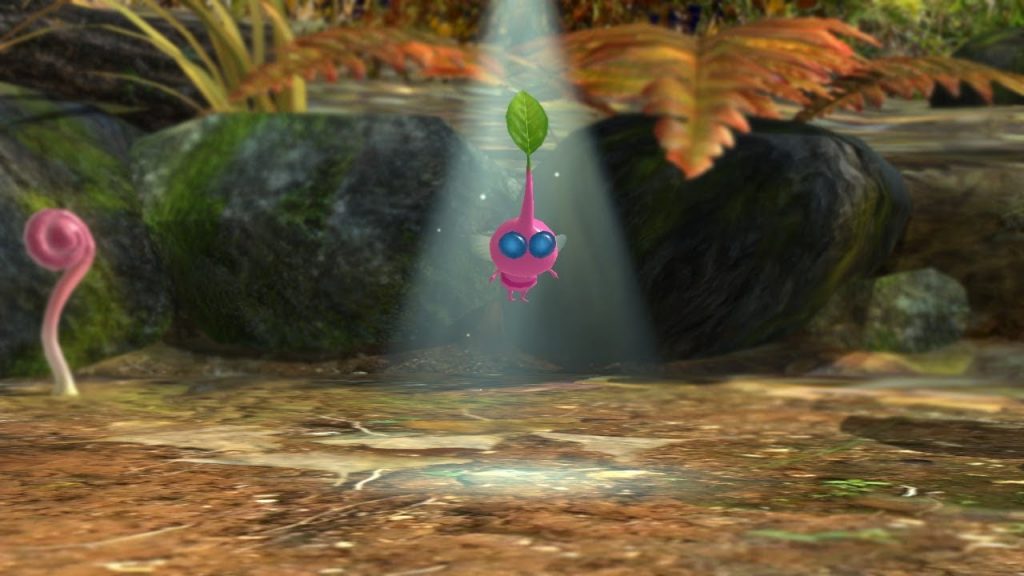 Where do you find Winged Pikmin in Pikmin 3 Deluxe?

The other new Pikmin type in Pikmin 3 were these tiny, flying fellows: Winged Pikmin! The fourth species you’ll recruit, you’ll be able to find them and the Pink Onion at the Twilight River. Accessing this area will require you to improve the S.S. Drake’s navigation capabilities via the Folded Data Glutton. This treasure is found by beating the boss enemy residing in the Tropical Wilds. Once you arrive in the Twilight River, it will take some multi-captain teamwork to construct a bridge to the Pink Onion, but once you do, you’ll have one of the most helpful Pikmin types of all.

What do Winged Pikmin do?

As the name suggests, Winged Pikmin are almost always airborne. This leads to them having several unique properties compared to the rest. They can follow you across dangerous terrain and bodies of water, and when unburdened, they move more quickly and can keep up with Captains better.

When carrying objects, they will lift them off the ground. This allows them to take shortcuts and avoid certain obstacles when carrying back pellets or fruit, though it’s offset by their slow carrying speed. That said, if a group of Pikmin is carrying something and a few Winged Pikmin chip in, they can remain grounded to assist so long as they aren’t the majority. Once the balance tips to the Winged Pikmin, they’ll lift whatever they’re carrying off the ground and other Pikmin types won’t factor into its transportation.

Flight has some offensive boons as well. When thrown, Winged Pikmin have homing properties and will more easily hit enemies. They also do increased damage to airborne enemies. Other than against other flying foes though, Winged Pikmin are also the weakest Pikmin and deal less damage to any grounded enemies. It takes a little forethought to make the most of them both in and out of battle, but their unmatched mobility is incredibly useful. 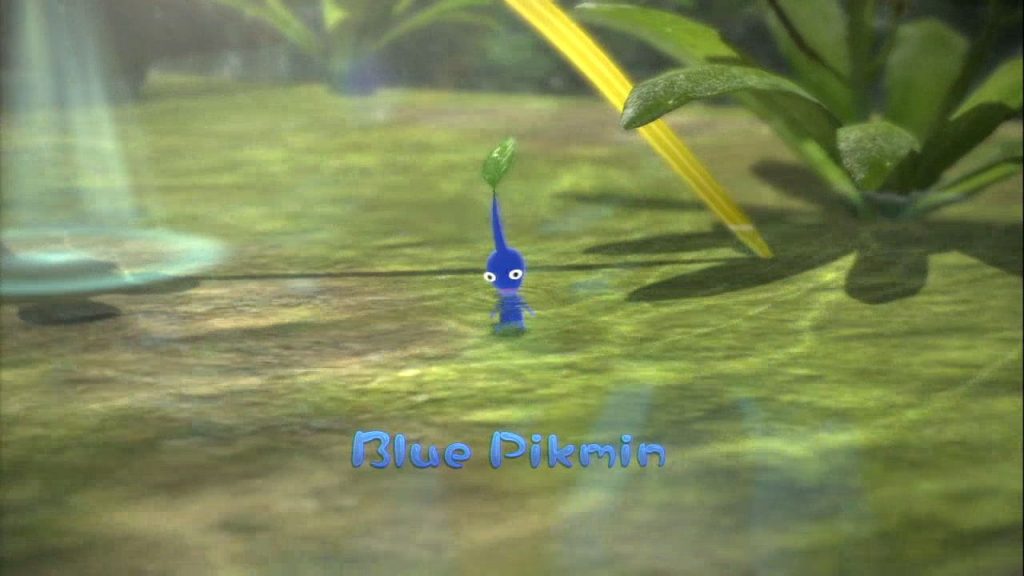 Where do you find Blue Pikmin in Pikmin 3 Deluxe?

The final Pikmin to be found and the last of the original trio of Pikmin colors is the perpetually agape Blue Pikmin. They’re also found in the Garden of Hope, but require the assistance of Winged Pikmin and enough story progression to access the Blue Onion. Once you have them, though, your collection of Pikmin colors will be complete — so long as you don’t count the sadly missing (at least in Story Mode) Purple and White Pikmin from Pikmin 2.

What do Blue Pikmin do?

The defining feature of Blue Pikmin is that they can travel through water. Able to breathe and maneuver through aquatic areas, they make any area with an abundance of the wet stuff easier to navigate. That said, there’s not much that requires Blue Pikmin, making their signature (and in this game, only) skill mostly important with respect to fruit retrieval and 100% completion. That said, they’re also the best at swarming underwater enemies and have no fear of any that utilize water as a weapon. 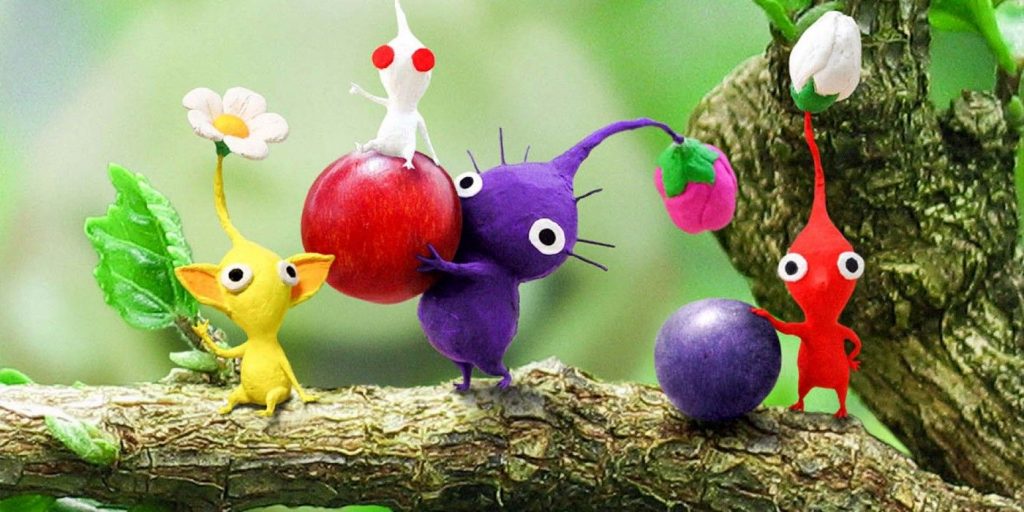 Where do you find Purple and White Pikmin in Pikmin 3 Deluxe?

These headliners of Pikmin 2 do not play a role in Pikmin 3 Deluxe’s story. They are found only in Mission Mode and Bingo Battle. Also, there is no Purple or White Onion. You’ll only ever find these two types roaming around or via Violet Candypop Buds and Ivory Candypop Buds. Taken together, these facts make this duo the least used Pikmin colors in the game. That said, they still have unique traits compared to all the rest, though their skill sets are much less impressive than they were previously.

What do Purple and White Pikmin do?

Purple Pikmin are the strongest Pikmin when it comes to lifting, meaning they can carry ten times as much as other types. That comes at a cost, though, as they’re quite slow and when thrown take a bit to fall, landing with a “thud.” Anyone familiar with their ability to stun or weigh down enemies from Pikmin 2 will be disappointed to hear that that is not the case in Pikmin 3, and they no longer out-damage Red Pikmin nor do they resist wind.

White Pikmin are instead the fastest Pikmin, outpacing all others except perhaps Winged Pikmin in certain situations. They’re no weaker when it comes carrying things, though their attacks are also on par with Winged Pikmin, making them poor choices for swarming.

They do have one edge, though, as any White Pikmin that’s eaten can poison enemies. The damage of this effect has been toned down, and it comes with the unfortunate side effect of the Pikmin’s death. Similar to the Purple Pikmin’s loss of abilities, White Pikmin’s own poison immunity doesn’t come into play and there are no buried treasures for them to detect.

As a note, this information on Purple and White Pikmin is currently based on the Wii U version of Pikmin 3. Whether they may appear in Pikmin 3 Deluxe’s new content remains to be seen, but we certainly hope they do!

Looking for more help with Pikmin 3 Deluxe? Check out our other guides! 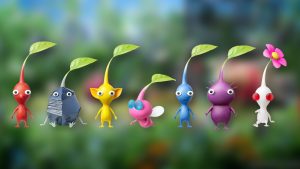 Guide: What each color Pikmin does in Pikmin 3 Deluxe and where to find them
Leave a Comment