The Switch has no shortage of local multiplayer titles, all of them embracing their new Joy-Con overlord. Whether designed with them in mind or not, the Switch’s trademark controller just makes playing with a friend anywhere at all easy as can be.

I’m finding that where this shines most is with simpler to control games, where the size and layout limitations of the controller aren’t as felt, and it’s with great satisfaction I say this space western shootout game fits the bill perfectly — in theory. A few problems come along the way, but this SNES shooter deserves to be back on a Nintendo system.

Plus, there’s a long-haired dachshund with a gun-drone.

Step back in time

If you haven’t heard of or played Wild Guns, you’re not alone, but you should fix that ASAP. Bringing in all things iconic about the Ol’ West and liberally splashing in robots, automatic fire, and more, it creates a setting that just works. Suddenly, the weapons are all justified and the game is free to be just a little weird and larger scale than it could’ve been — and it’s all the better for it. 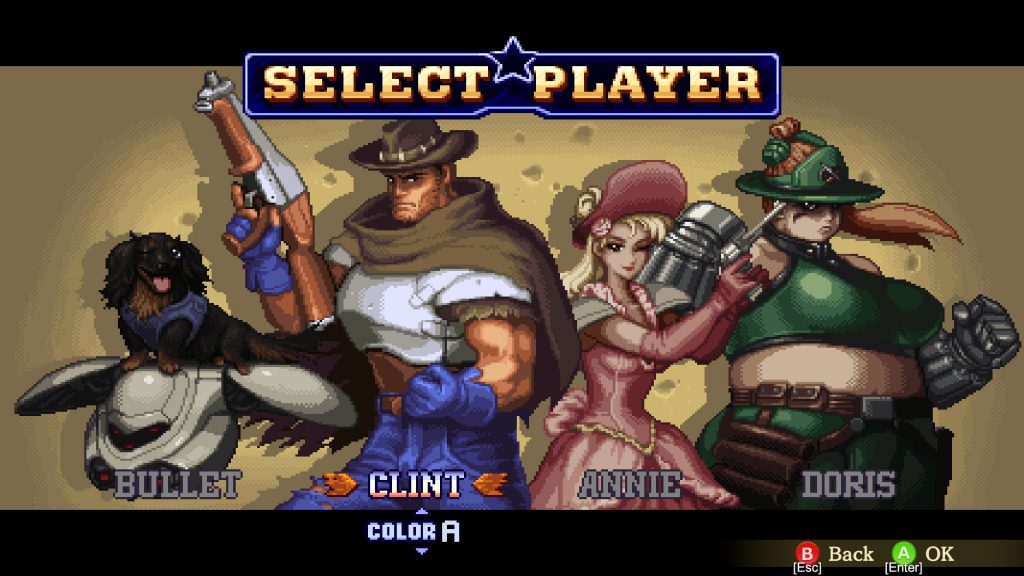 You’ll pick a character and progress through stages, standing in the foreground and firing on enemies that pop up in the background. You’re unable to shoot and move at the same time though, forcing you to commit to a spot before pulling the trigger. Once you’re firing you’ll be in control of your reticle instead to better aim.

It sounds fairly straightforward, and in practice it and the evasive maneuvers you have with it are, but it gives the game something unique in a genre that can end up feeling “samey” if not handled well. When it comes to standing out, Wild Guns hits the mark perfectly.

The Reloaded in the title isn’t just for fun gun theming either. This version of the game (previously released on PlayStation 4 and other platforms) features updates like new characters who play uniquely from the returning Clint and Annie, new stages and bosses, new weapons, and a fresh coat of paint. It all comes together nicely without losing what made the game look good and play well on SNES. 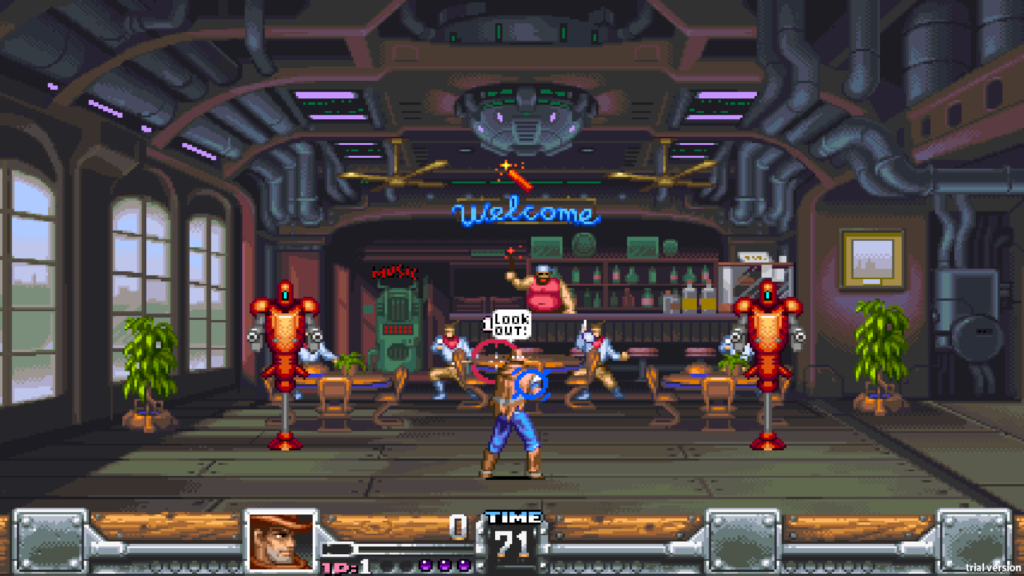 Playing through the story solo can be a bit of a grind and, at times, overwhelming with everything happening on screen — but it has an addicting quality to it, that sort of “I was so close”-ness to it that drives you to play more. It’s a rewarding kind of challenge, and with unlimited continues you’re never forced back too far if things got a little tricky.

The game is at its best as a multiplayer affair. Suddenly, the seemingly unfair number of enemies is cut in half if your partner knows how to shoot, and you’re sharing in the fun every shot of the way. Reloaded’s other big addition is that four players can all take it on together instead of the SNES’ two-player mode. Doubling the fun has its price though, and it might be the biggest issue if the entire release.

While continuing is fairly painless in single-player, there are no continues at all when playing with even one friend. Likewise, all lives are from a shared pool, meaning your less skilled friend suddenly feels less like an ally and more like dead weight based on the game’s system. I’d never want the game to be too easy, but these kinds of design decisions take out some of the potential fun of multiplayer. 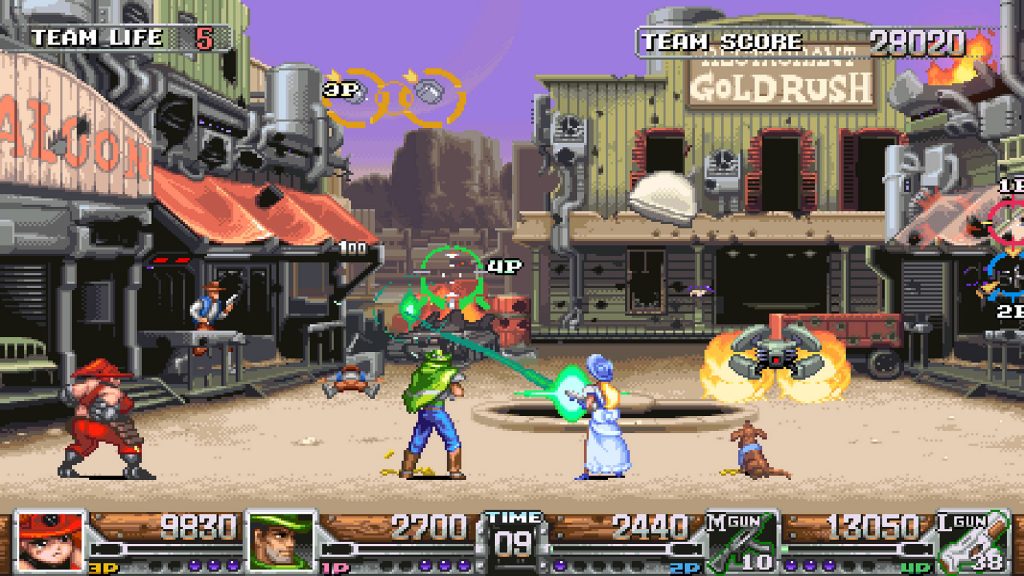 The core multiplayer gameplay is still a lot of fun; just don’t expect to make it through the entire adventure without a lot of skill between yourself and your buddies. These aspects didn’t exist in the original release, making me wonder what purpose they serve here.

If you don’t feel that’ll get in your way of enjoying Wild Guns Reloaded, then definitely go for it. The core game is fun and frantic and full of piles of bullets, with a style all its own and plenty to like even after all these years since the original. With how expensive a SNES copy can be, this is a welcome addition to my Switch library, especially if I just feel like playing it a bit on my own as it’s a faithful look back.

It runs well on Switch in all configurations, and the Joy-Con work great as long as you’re not a D-pad purist. It’s just a shame the multiplayer isn’t very friendly, in what could’ve been a must-have co-op experience.

That dachshund’s still cute though.