When it comes to wacky sports action, we are well past the genre’s prime. Gone are the days of over-the-top games like NBA Jam, SSX, and Blitz 2000. It seems like big companies are only interested in making realistic sports titles tied to major sports franchises, but luckily smaller companies still carry that beautiful flame from the 90’s for fun, creative sports titles.

Windjammers was a Data East title released for the Neo Geo arcade system in 1994. The game features one-on-one matches between two players in a game that is a cross between volleyball, air hockey, and frisbee golf. The game was a cult hit that is beloved by the competitive scene to this day. It was even re-released by DotEmu back in 2018, meaning anyone could play this beloved gem.

Now, almost thirty years later, we finally have a proper sequel in the form of Windjammers 2, from DotEmu once again. Does this sequel live up to the wacky glory of the original?

Windjammers 2 plays mostly the same as the original. It features an overhead view of an arena, with a player on the left and right sides of a dividing line in the middle. Players throw discs in a variety of ways, trying to get them past their opponent and into the goal behind them. Most of the goals have certain zones that are worth three points and others worth five. You can also score by spiking or knocking the disc into the air and having it land on the opponent’s side of the court without catching it. First to get fifteen points wins the set, and the first to win two sets wins the match. 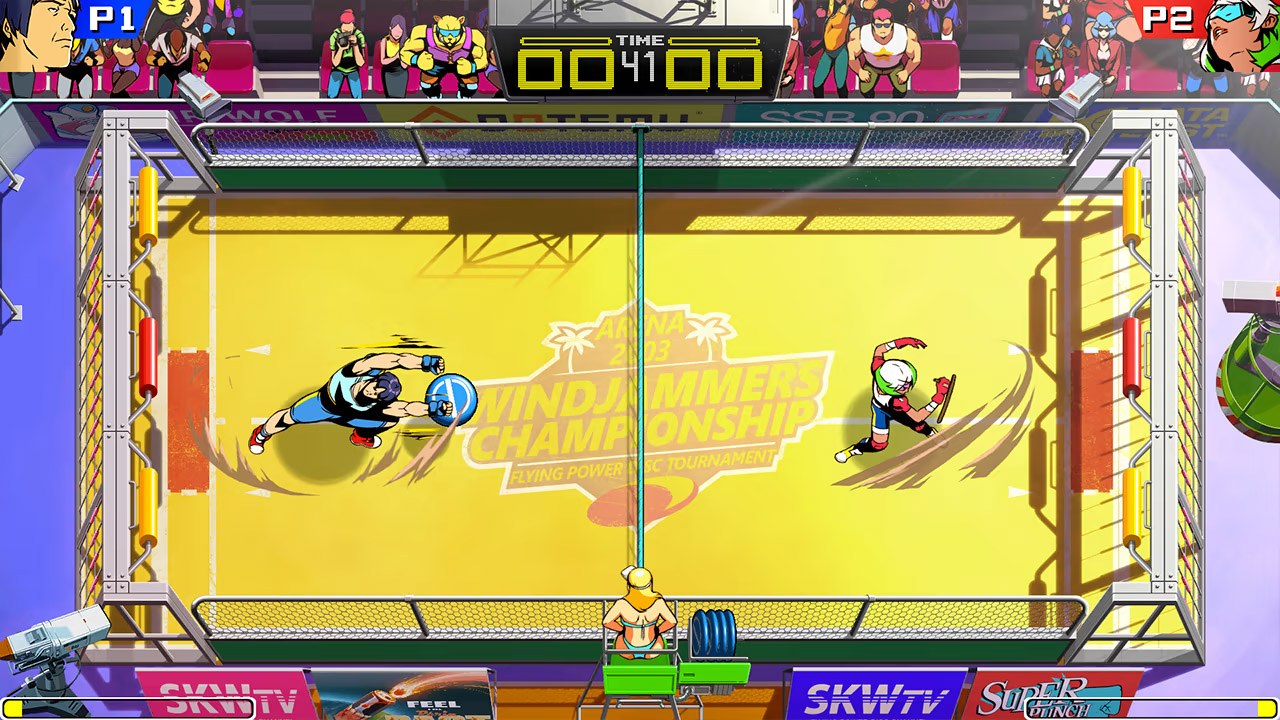 While the basics of the game are simple, the beauty lies in the fast speed and room for mind games and player technique. When you are holding the disc, you cannot move, but you can throw at a variety of angles, and the disc bounces off walls like an air hockey puck. You can curve the disc, lob it high in the air, and use super moves when you have a full meter. On defense, you will be reacting to split-second throws, and can catch or dive for the disc, reflect it back for a surprise maneuver, or bump it into the air to give you a chance to charge a special or jump and throw it down. The constant back and forth between offense and defense is a delightfully tense affair, and the player with a quicker reaction speed will likely be the winner.

There are a number of new additions to Windjammers 2 to differentiate it from its predecessor. The aforementioned super meter, once full, lets you either unleash a super strong throw that can make the disc move in unpredictable ways, or you can use it defensively to create a “burst” around your character that knocks the disc into the air if you aren’t confident you are going to catch it. The other biggest addition to gameplay is the ability to jump into the air to catch the disc. This isn’t quite as impactful of an addition to the gameplay as the super meter, but having an extra offensive option is always welcome. Plus, it looks really cool. 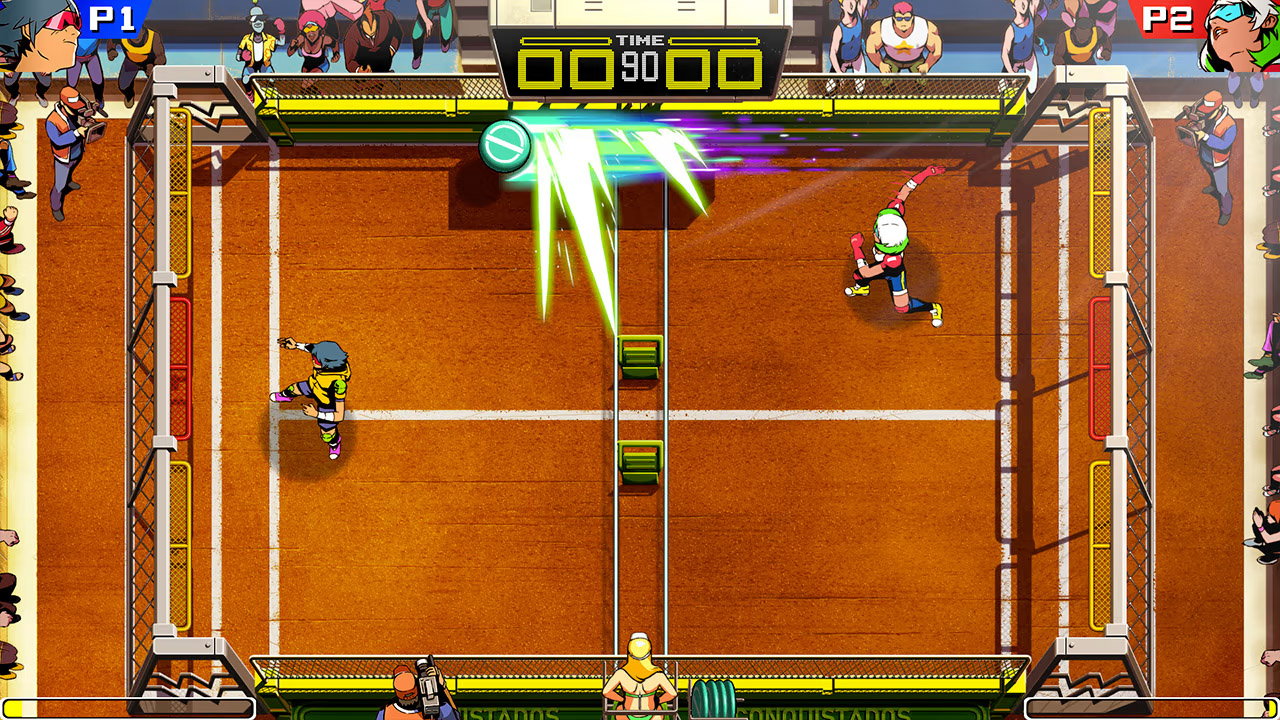 Each character sits on a spectrum between speed and power, with each possessing their own unique special throw. Some are certainly better than others (Steve Miller’s special, for instance, always travels along the wall, making it too easy to defend), but they still feel different enough from one another that you can end up with a favorite, like the GOAT Klaus Wessel. On top of the players, the arena affects the game in a number of ways. Some arenas have poles or barriers along the net for the disc to bounce off of, and some have wacky scoring gimmicks, like the casino stage that changes point value for a goal every serve.

The game lives by the motto “if it ain’t broke, don’t fix it”. Most of the gameplay is identical to the original, but that’s not a bad thing. There’s something to be said about simplicity polished to a mirror sheen, and that something is “it’s good”. Windjammers 2 plays like a dream, and I can only imagine the many hours my friends and I would have put into it back in high school during our hours-long game sessions. The game is easy to learn, hard to master, and feels like the perfect game to get really into when you have some friends over.

Windjammers 2 eschews the gorgeous pixel art of the original and goes with an equally gorgeous hand-drawn art style. Luckily, the game keeps the 90’s aesthetic and enhances it even further. Everyone is wearing neon colors, tight pants, and wacky visors and shades, all while sporting beautiful, colorful hairstyles. They express a delightful amount of personality in their poses and victory animations. 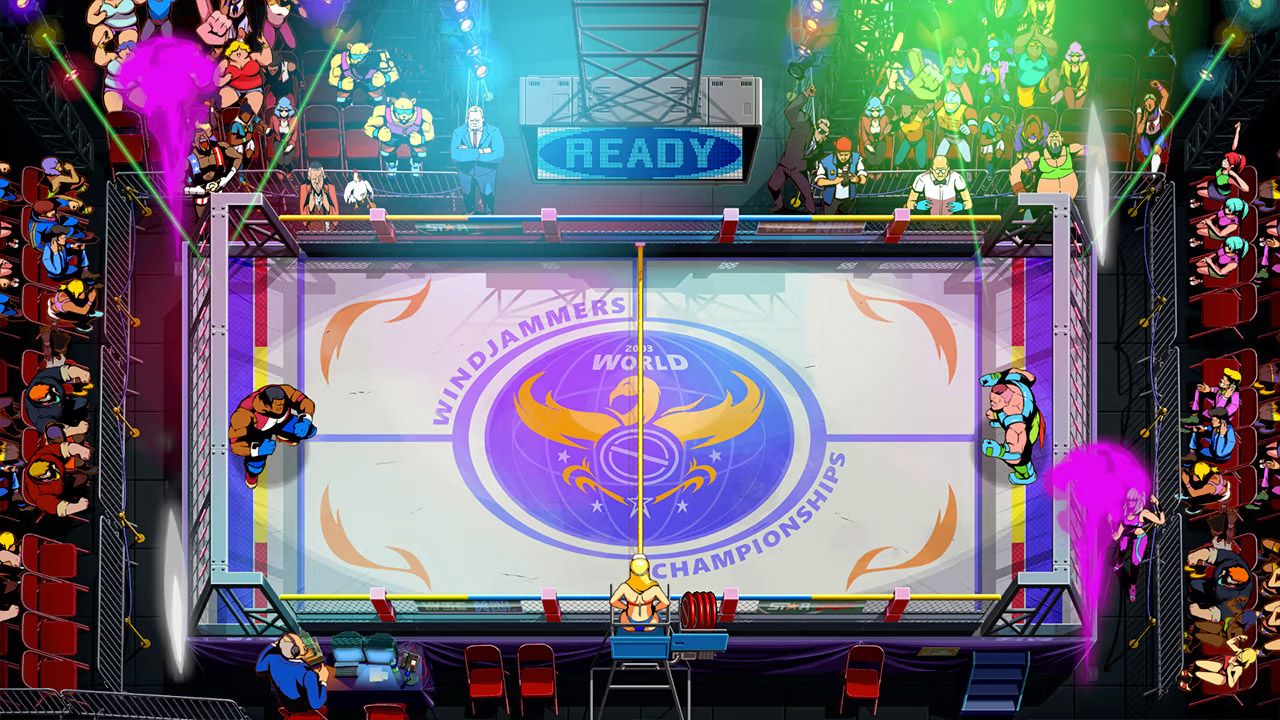 The backgrounds are equally delightful, full of unique and colorful fans and dogs in sunglasses. The mix between different courts is refreshing, ranging from beaches and grass to a junkyard and a rooftop. The audio is also a wonderful throwback, keeping much of the chirpy voice lines and booming sound effects of the original, along with matching funky music. Overall, the game is a delight to look at and listen to, which makes it even more fun to play in long sessions.

In terms of content, this is the only real downfall of the game. There is online play, arcade mode, and a versus mode, and that’s it. Arcade mode is very fun, with you picking between two opponents each round up to a final match. You also play two fun bonus games: one with you catching discs thrown by a robot and one that has you controlling a very good dog running along a beach to catch a disc. Fantastic. After beating the arcade mode, each character has a unique ending, which is lots of fun and gives the competitors more personality, though more backstory would always be more appreciated. It is also worth mentioning that the game can be challenging even on Easy. I’ve played plenty of Windjammers, so I knew what I was doing, but the easy mode should probably be a bit easier to allow new players to learn the ropes. 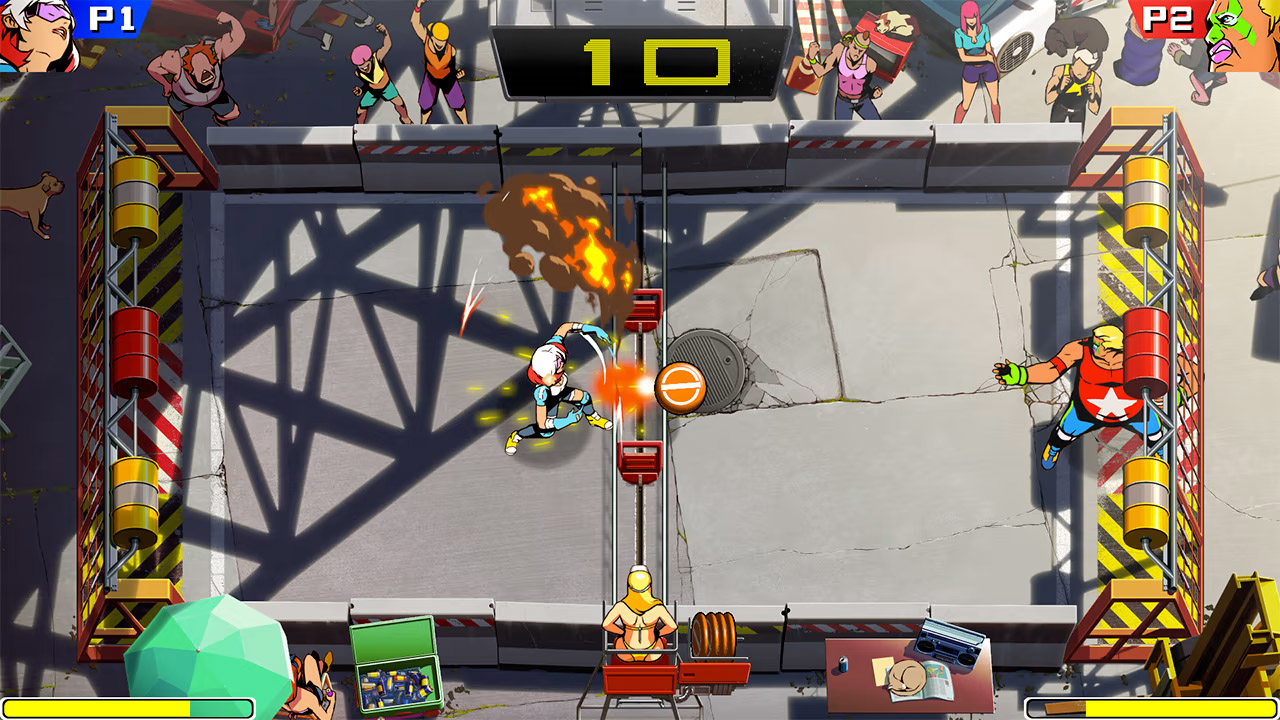 I did not get a chance to play the online mode, as I could not find a match before release. I do think the online will be strong, though, as the game was delayed so that DotEmu could add rollback netcode. If the online play is as strong as it can be, this game could have a very long lifespan based on how fun it is alone.

That being said, there is definitely a lack of single-player content. If you don’t have friends to play with or any online matches, there isn’t much to do. Some sort of mission mode or side modes (think Mario Tennis’s Ring Shot mode) would be appreciated, or at least rewards for winning arcade mode. The tutorial is also just some text and some diagrams. The game would benefit greatly from playable lessons. Overall, the game is light on content, so it’s a good thing the gameplay is so much fun.

Windjammers 2 proves that the spirit of the 90’s is alive, and intense disc throwing will never go out of style. It retains everything the first game did right, while adding onto it with fun new mechanics. The visuals and audio give it the stylings of a true follow-up to the original, while the arcade mode feels like a legitimate playthrough of an arcade game. Unfortunately, the game also lacks in single player content, and between the lack of a playable tutorial and Easy mode that’s too hard for newcomers, this isn’t the most welcoming game. That being said, even if you’ve never played Windjammers, this game is a ton of fun and absolutely worth your time if you have any fondness for sports games that don’t take themselves seriously. Radical! 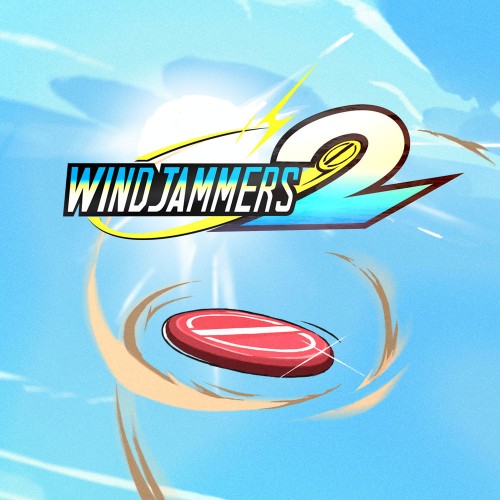