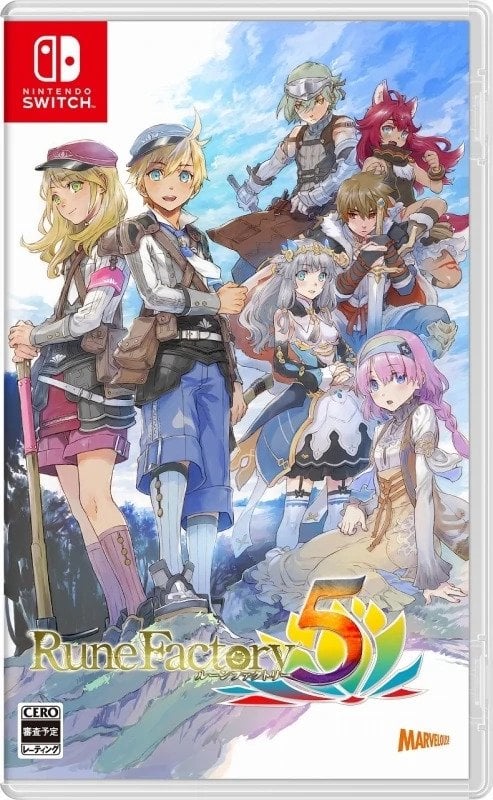 Few games these days still have to make “the great 3D leap” — transitioning into a whole new plane of view with camera work and controls. While discussion of the process is well-found amongst the game critic intelligentsia (“Sonic had a bit of a rough transition into 3D” is one of the few game writing clichés more prevalent than “Dark Souls is hard”), we are long past the age of Super Mario 64 or Metroid Prime redefining series in a new dimension. And now, in late March of 2022, we have two franchises making that very leap — one, Kirby, poised to explore a forgotten land in what looks like a truly innovative adventure… and a little game about farming. And also killing frogs. And being bisexual.

It’s been a long while for Rune Factory to get a sequel. While the fourth entry was ported to Switch in 2019/2020, it originally came out in 2013 in North America, meaning it’s been almost a decade since the action-farming hybrid last saw the light of day. I honestly wondered if we’d ever see it again. But by the grace of good fortune, Marvelous has done it again — and they’ve made a fantastic entry, updating the more action-oriented mechanics of the franchise while retaining the trusty farming to keep the franchise’s identity strong. While not technically Rune Factory’s first foray into the third dimension (as its early entries Frontier and Tides of Destiny exist), it’s the first proper dive into that pool.

If you’ve played any Rune Factory entry, you already know part of the premise — you’re an amnesiac and an Earthmate, a special entity who can commune with the spirits of the earth and draw out rune power. This time around, you’re taken in by (and eventually join) a ranger organization called SEED in the town of Rigbarth, becoming friends and comrades with the locals as you address threats to the region and its peoples. In classic JRPG fashion, the fate of the world ends up getting involved. But as you slay dragons, you also have to make sure your pumpkins are properly watered out back. 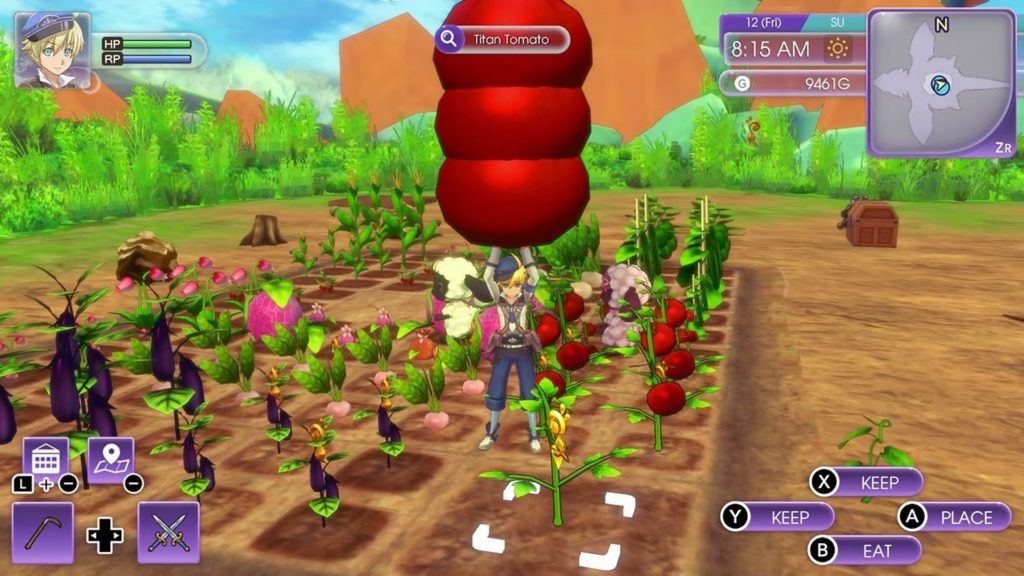 Rune Factory, as a spinoff of Natsume’s Story of Seasons (née Harvest Moon) series, maintains its core essence of building an idyllic portrait of small town life. Farming in reality? It’s dirty, exhaustive, smelly, and can go wrong for any myriad number of little reasons. Here? It’s routine, simple, relaxing, and goes sour in only rare circumstances. (I curse typhoons with my dying breath.) While there are ways to “optimize” your farm and produce, the game doesn’t demand it in the slightest. It helps that this entry gives you Farm Dragons (effectively new plots to sow seeds) at regular intervals during story progression, meaning you can farm as much or as little as you want, whether with the help of critters you befriend or by your own gritty hands.

If it were just farming, however, Rune Factory wouldn’t be anything special. Both its mother series and Stardew Valley have that aspect, and they do it arguably better. Those games also tend to bore me within ten to 20 hours, once I’ve seen everywhere in town and settled into a daily tedium. What sets Rune Factory apart is the ability to capital-E Explore the vast wilderness, dungeon crawling and monster battling with an array of different weapon types. While Rune Factory combat has always been basic (clunky, if you’re being critical), they’ve updated it in a way where it still retains its base essence. It offers neither fast PlatinumGames fluidity nor deliberate weighty FromSoft strikes — instead you have simple combos, a basic dodge and lock-on, and a handful of spells and techniques. While all the weapon classes are carried over from previous games, the entire system of combat has been overhauled to work in 3D to great affect, offering satisfying button-mashing and spell-casting. Mechanically it’s “bare bones,” but those are some solid, sturdy bones. Whenever the upkeep of the fields becomes too tedious, you can get some stimuli by adventuring, and vice versa. The game balance of Rune Factory is its secret ingredient, allowing you to experience the various parts of the game at your own pace. 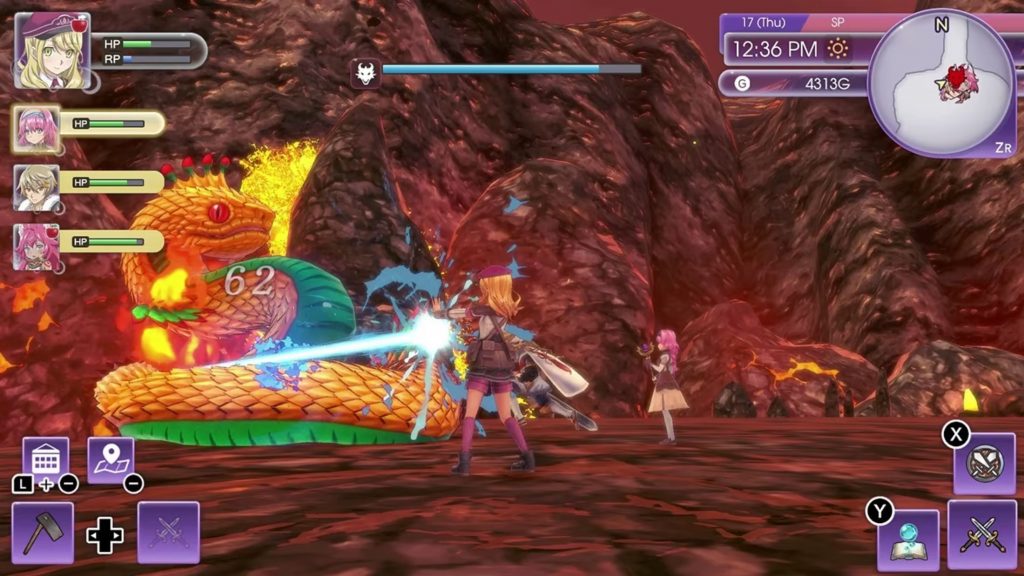 And the world is impressively large, with three large biomes and not a loading screen between them. Having a true open-world in Rune Factory is unexpected, but it works surprisingly well, especially with easy and streamlined fast travel between places. Now, some may criticize the look of the world for being plain or low-quality. How often do we hear “graphics don’t matter” in games discussion before turning around and criticizing graphics? So let me be upfront: this looks like a Wii/PS3 game. And that’s a positive. The shading makes me honestly nostalgic for a bygone era of game graphics where lack of fidelity had to ensure that designs and art style were actually vibrant and memorable. Also I like to imagine somebody bellyaching about Pokémon Legends: Arceus’ graphics looking at this game for all of five seconds. Their head would explode.

Of course, what really makes Rune Factory soar, just like any other game of its ilk, is the townspeople. They each have fun, memorable designs and equally striking characters, following set routines and able to talk about anything from the weather to how they feel about one another. While a couple do come across as fairly one-note, the rest are all charming and charismatic — whether it’s the boisterously loquacious Palmo, the slightly mad doctor-mayor Simone, or the adorable town kids Hina and Julian, there’s a whole lot of people to love… in more than one sense, as the game also has the usual slate of bachelors and bachelorettes to woo.

Unlike previous Rune Factories, however (and following the lead of both Stardew and Story of Seasons), you can now date and marry people of the same gender. The romantic storylines this time around have even more care put into them, actually containing entire arcs of dating your significant other before you’re able to pop the question. The storyline I played (Beatrice’s) was sweet, well-paced, dramatic, and full of heart, and if every romancable character has a story that endearing, then this is one for the ages. If you want to know how much I adored this feature… well, I put in over 100 hours for review, and the last 20-30 or so (spent over the course of only, rougly four days) was spent just on getting to the gay marriage after clearing the main story. I am a PROFESSIONAL homosexual. While I wasn’t quite able to see how the game handled gay babies (for lack of a better term) I’m eagerly going to keep playing to see how it turns out, because so far the depiction of gayness the game has offered is, much like the rest of it, wholesome and lovely. The localization of XSeed must be venerated to high heavens for pushing for the feature and delivering on it, giving my little lesbian butt the only thing I could possibly want from this game, or indeed any game: the ability to call a woman Wifey and for her to call you Wifey back.

If there are any halfhearted criticisms to lob at the game, it’s all in the details. Performance can be slow and glitchy, especially when fast traveling a lot, and the game has a number of bugs. (The first time I got married it crashed unceremoniously before it could play the cutscene.) While the means to progress events and the story is always quite clear, the game can lack good guidance for where to find specific materials or items. It has a great text skip function, but no text log that I could find. While the story is best when dealing with the small scale residents of the town, it can grow strangely convoluted in the writing for brief bursts while not really becoming any more meaningful (I would call it “charmingly shallow”), even if the eventual emotional climax totally works in the most Anime way possible. While this is easily the most accessible Rune Factory made so far in terms of difficulty, early game, and overall guidance, there are still a couple holes in the fabric. Also, while the game offers a lot of furniture to customize your home, the ability to do so feels very janky and imprecise — nowhere near the level of an Animal Crossing in terms of customization. Also, while I LOVE all the different outfits you can wear, I would’ve equally loved the ability to change hairstyle. But these are all little things that add up as opposed to some great fundamental flaw. 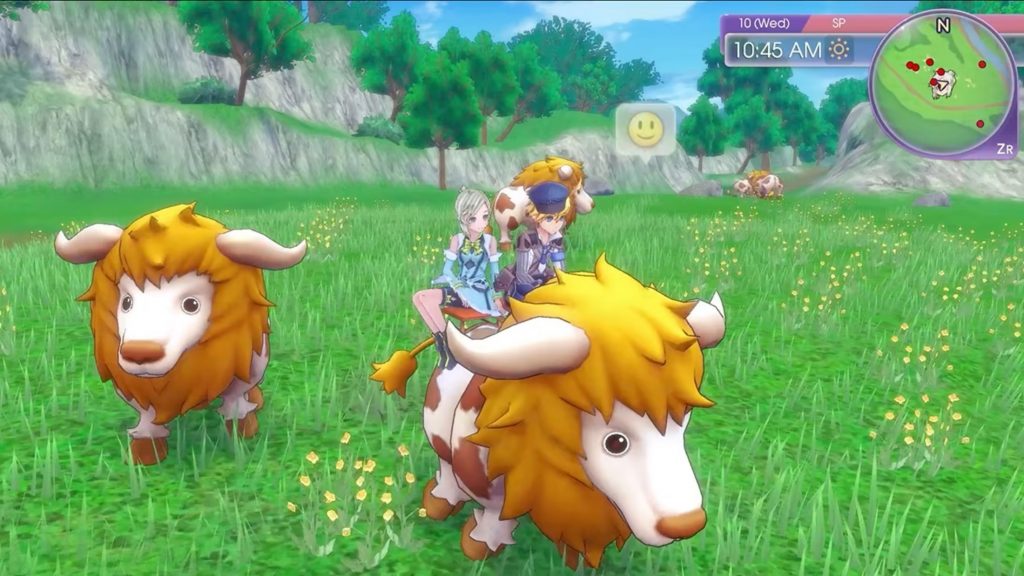 I can imagine somebody else looking at this game and considering it middling, subpar even. Action mechanics that are lower than top of the line, the graphics are outdated, and those allergic to anything remotely “Anime” would scoff. But Rune Factory isn’t trying to be anything it’s not. It’s a game where you can grow a radish, forge that radish into a long sword, and use it to murder sheep monsters while calling your gay partner affectionate nicknames. And do I personally want anything else from a video game? Not without becoming greedy. After a long slumber, the reawakening of this sub-franchise is much beloved, and I sincerely hope to see a Rune Factory 6 sooner than nine years from now. 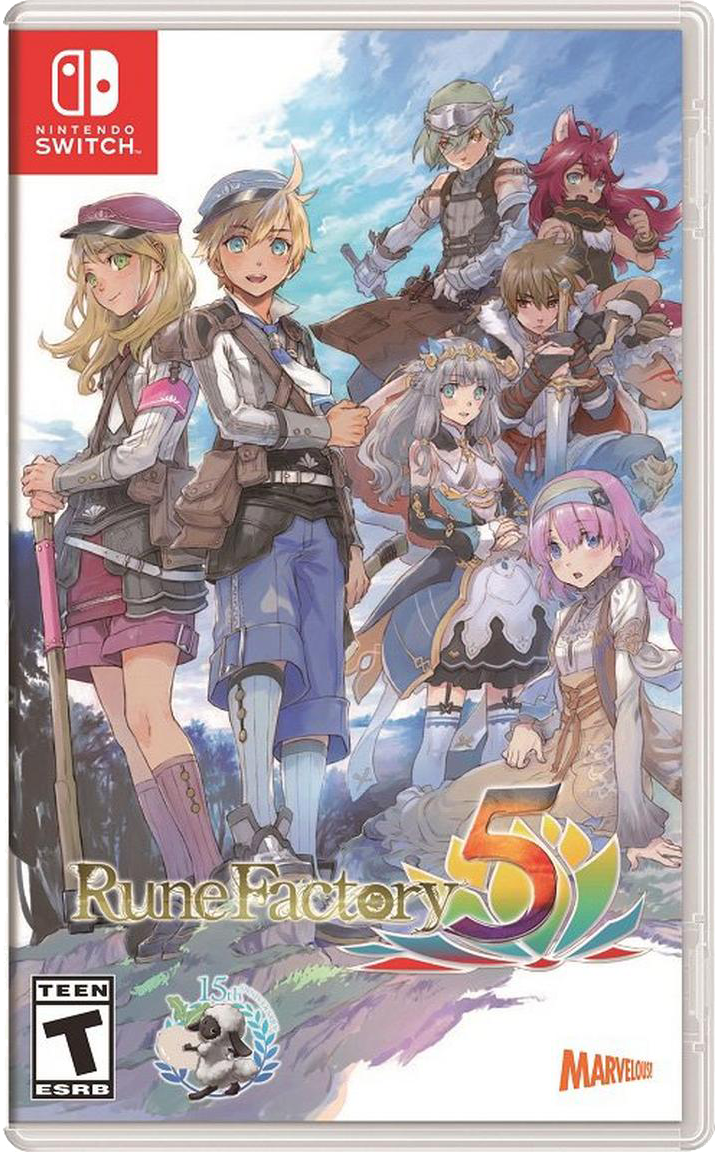