I’ll likely never forget the first time I played Persona 4 Golden, chipping away day-by-day on my PlayStation Vita over the August of 2012, forever entrenching it in my mind as a playable summer vacation. For the longest time I considered it the biggest and best reason to buy Sony’s doomed handheld, but Vita no longer means life as Atlus’ iconic RPG has finally made its way to other consoles and this time the competition is much more fierce. 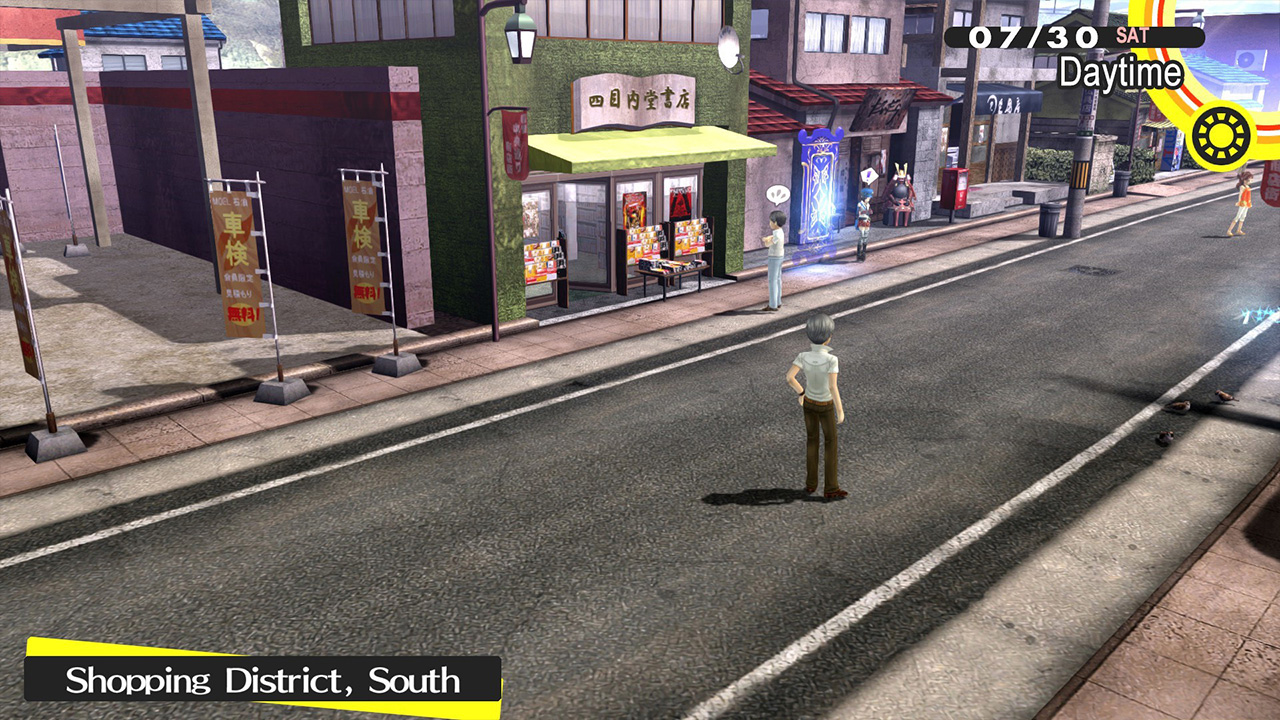 Where Persona 3 laid the groundwork for the spin-off series into a hybrid between visual novel elements and an RPG, Persona 4’s original PS2 version could be seen as a refinement. Now you could finally control every party member in battle and dungeons were made more engaging than the dull slog that was Tartarus. Of course there are some downsides – as we note in our Persona 3 Portable review, that game intrinsically ties the calendar system to its greater themes – but on the whole Atlus made great strides with the sequel.

In Persona 4 you play as a transfer student who is relocating to the sleepy rural town of Inaba. In a very long opening that the Golden version tried in vain to make more engaging, he moves in with some family members, makes friends at school, and becomes embroiled in a mystery that starts as a simple urban legend but becomes something much more sinister. Ultimately, he winds up in an alternate world within a television and awakens the power of Persona, allowing him to battle the Shadows that infest the strange locale. 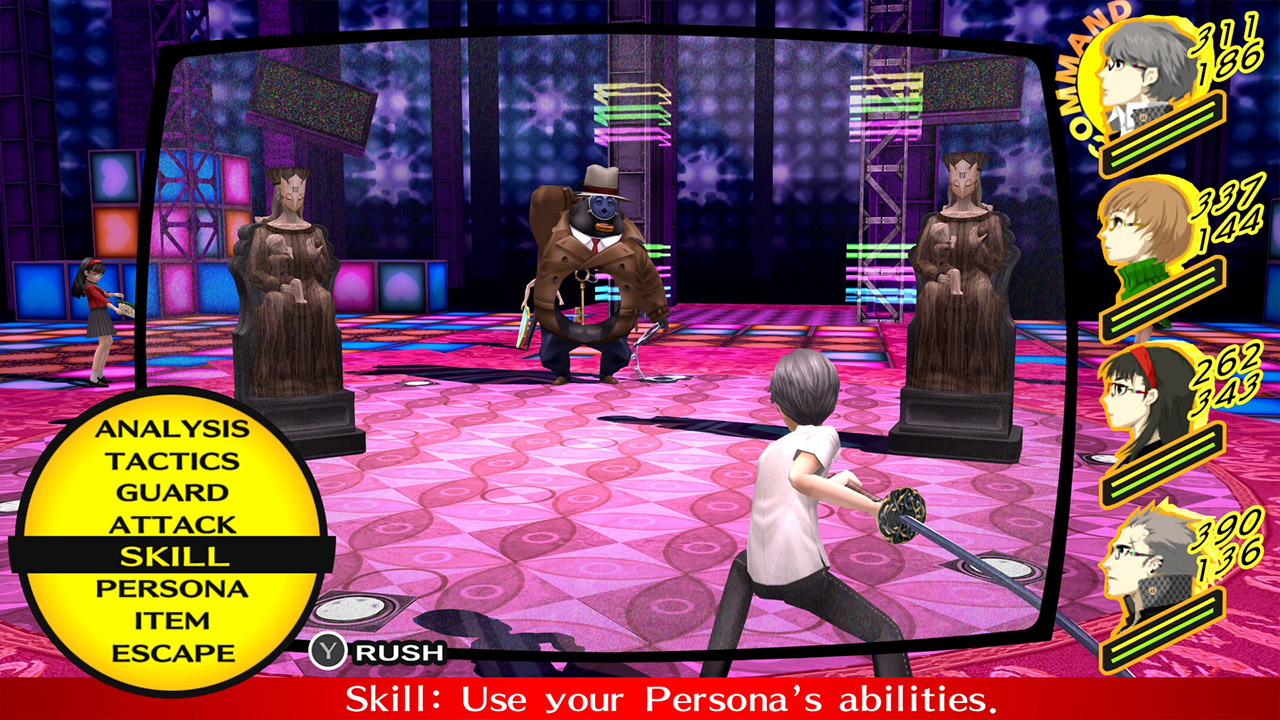 When Persona 4 first hit the scene back in 2008, and subsequently became a sales success in the west, it was seen as something of a revolution. Rather than dealing with the typical “let’s kill God” or technology vs. nature themes of earlier JRPGs, it was an introspective look at the trials and tribulations of Japanese teens. Idol culture, parental expectations, gender identity, sexuality, and more are covered to varying degrees of success, but under a modern lens a lot of it can appear basic and surface level. The game can also work against its own messages by outright making fun of characters for their appearance or having the player stand idly by while harassment and discrimination occurs.

There are still plenty of positives to the narrative and characters, though. The early plotbeats covering the incursion of a massive shopping chain on the local business of a rural town are fantastic, while many of the Social Links (where you build bonds with party members and the neighborhood) provide effective and emotional catharsis. I’m even one of the few who likes Yosuke to some degree, albeit under the assumption that his worst outbursts are the results of repressed feelings and emotions. 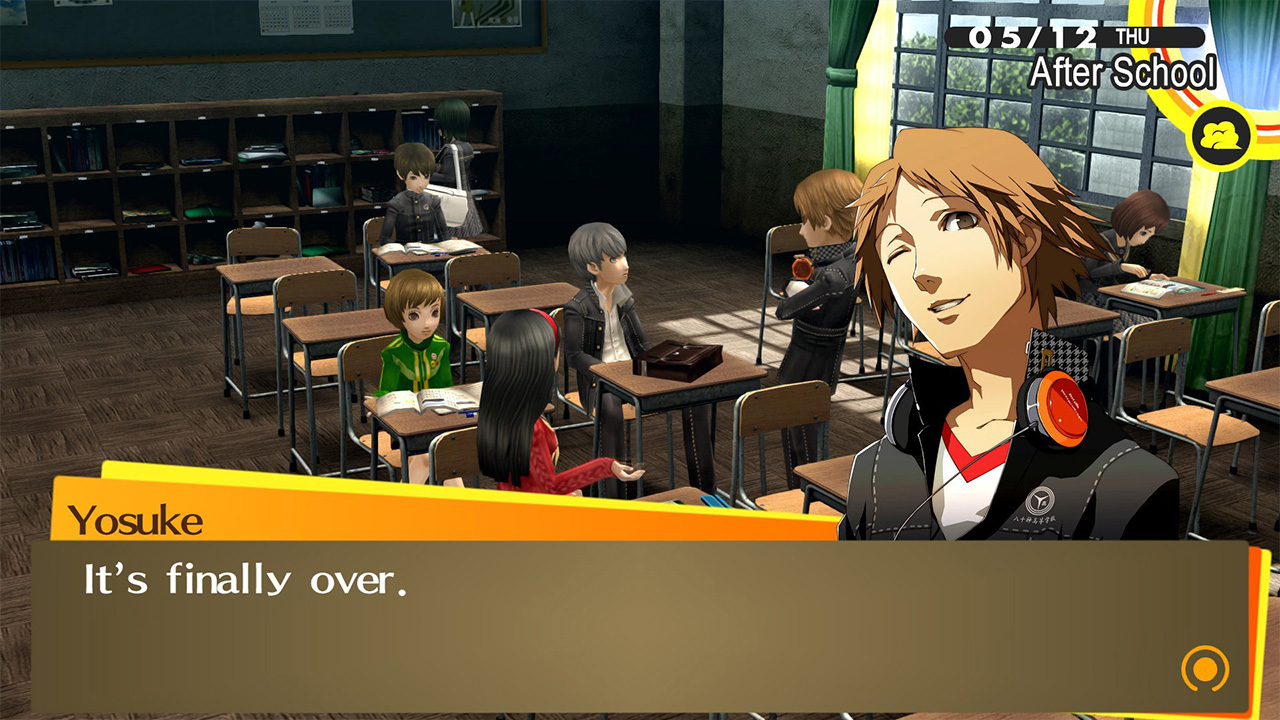 The main storyline is also very compelling, seeing the ever-expanding party attempt to solve a series of murders and kidnappings like an edgier Mystery Inc. with a weird talking bear instead of a dog. The party is arguably one of the best in the genre, too, with a lot of cute interactions and depth to each of them, before they were Flanderized in the sequel spin-offs. You’ll love them, you’ll hate them, but that just makes it all the more immersive and familiar. You’ll genuinely feel as though you’re a part of the squad once the year is over.

Of course, this being the Golden version of the game also means it features a bunch of extra content that will be unfamiliar to those who played the PlayStation 2 version. The winter months are expanded with more to do, you can tend a garden outside your house to get more items, and an entire bonus dungeon has been included after befriending the new character, Marie. This enigmatic girl is something of a controversial topic in the fandom, being implemented into pre-existing scenes in a clumsy manner, but she has charming moments.

As for the gameplay, it naturally feels like a middle-point between Persona 3 and 5, seeing the player delve into the Shadow World reflections of its kidnapped inhabitants. You’ll venture up the floors of dungeons with cutscenes interspersed throughout, battling a selection of Shadows and building a team of Persona. Battles are snappy and satisfying, with All-Out-Attacks being a highlight. 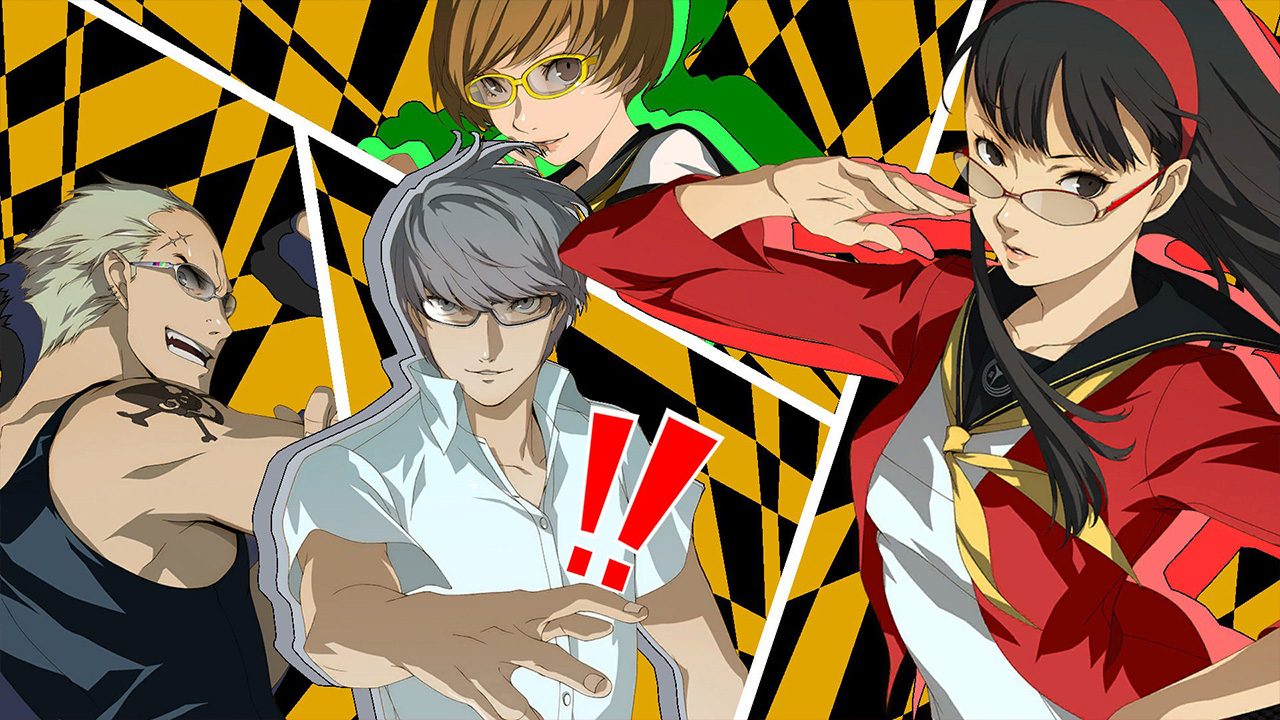 The original game had a lot of notorious difficulty spikes with its bosses, and if you were primarily there for the story it could be a frustrating wall as it was impossible to change the difficulty level after starting the game, both in the PS2 version and Golden. This is where one of the biggest changes has been implemented with the modern port – you can change the difficulty whenever you want!

That’s not the only change, either, as Persona 4 Golden’s return to modern systems brings with it a suite of other upgrades and enhancements. This shines best in the performance – most of the assets are essentially pulled from a PS2 game, after all, so the Switch can run it extremely smoothly, almost to a surprising degree if you’re familiar with the earlier versions. The resolution has also seen great gains, with the immersive environments becoming even more detailed, although it does have the downside of highlighting the interesting character model faces. The character portraits in battle can also seem a bit blurry, especially in comparison to the rest of the crisp UI, but that’s a relatively minor point in the grand scheme.

Even though it’s well-worn praise at this point, it’s worth mentioning that Shoji Meguro’s music for Persona 4 is absolutely phenomenal and the additions for Golden perfectly match the vibes of the original. The iconic battle theme Reach Out to the Truth now plays when striking enemies from behind, which is an even greater reward than the pre-emptive attack. 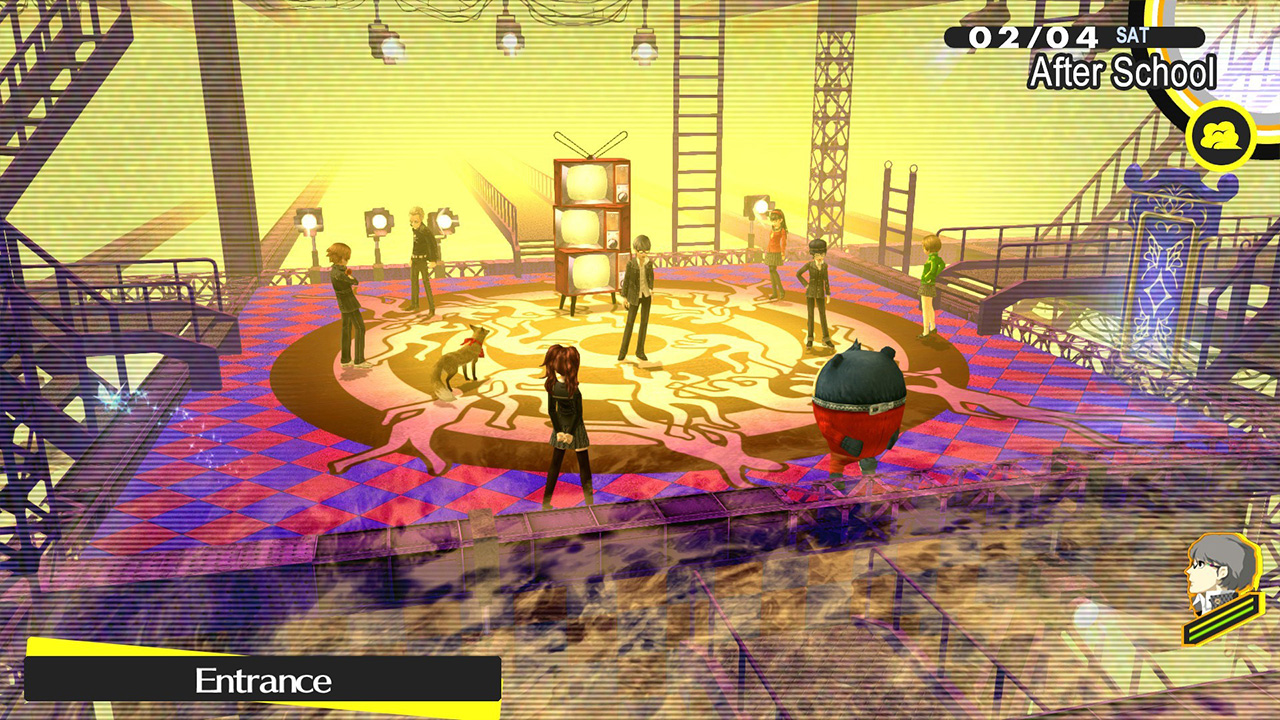 In many ways I still feel Persona 4 is one of the best JRPGs ever made, but with such a strong emphasis on cultural examination some parts can fall flat in the year 2023. Still, if you’ve yet to visit Inaba, it’s well worth doing so. It’s a year in the countryside you won’t soon forget. 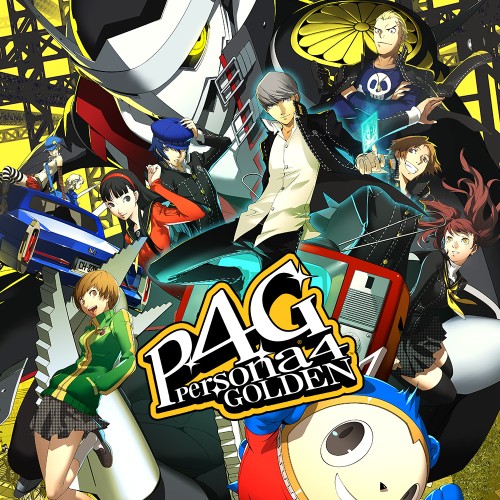