Persona is a smash hit blockbuster nowadays, but it wasn’t always that way. Once a humble spinoff of the Shin Megami Tensei series, the first couple games were more conventional (if well regarded) RPGs – and then 2006 brought Persona 3, a title that catapulted the series into the spotlight. While sequels Persona 4 and especially Persona 5 would achieve more mainstream recognition and notoriety, Persona 3 is the game that really codified what the franchise would be going forward – and after revisiting it on the Switch over 15 years later, in some ways it’s still the title that’s used the series’ ideas best to this day, despite some shortcomings.

Persona 3 follows an [Insert Name Here] protagonist who moves to the city of Tatsumi Port Island under mysterious circumstances. After a few days of cryptic happenings, they awaken to the power of Persona and uncover a secret organization in their dorm tasked with fighting monsters called Shadows during the “Dark Hour,” a secret 25th hour of the day only certain people are aware of. During the Dark Hour an eldritch tower known as Tartarus appears in the place of the local high school, spawning Shadows that feast upon unknowing humans. And so your protagonist bands together with friends to find the secrets of the Shadows and the Dark Hour so you can put a stop to it, all while juggling daily school life, relationships, and self-improvement. 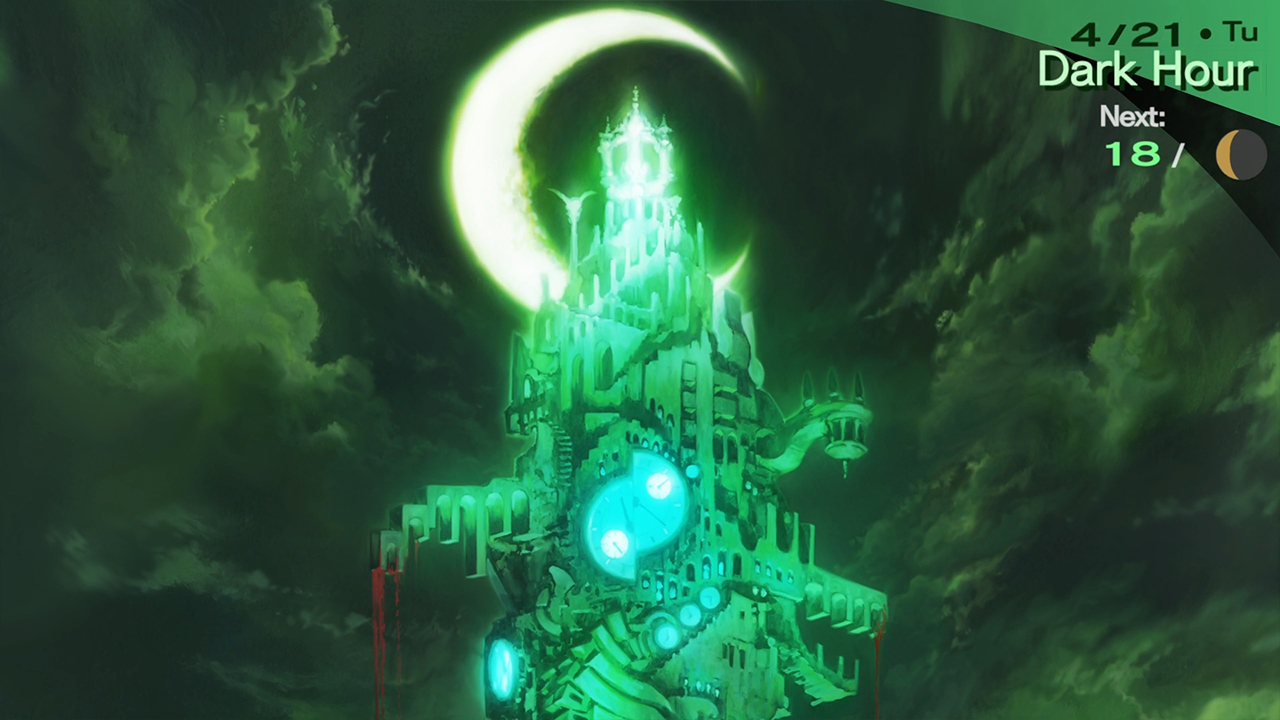 Because this is the Portable version of the game, you can choose between either a male or female protagonist, whose weapons, potential relationships, UI color, and even personality diverge from one another. This is an option that subsequent Persona games have been too cowardly or cheap to implement, so it makes this one stand out, especially since it’s implemented so well. This was actually my first time playing Persona 3 to completion, but I was already familiar with the base game (having watched Let’s Plays in my youth), so I picked the female protag and had a blast. 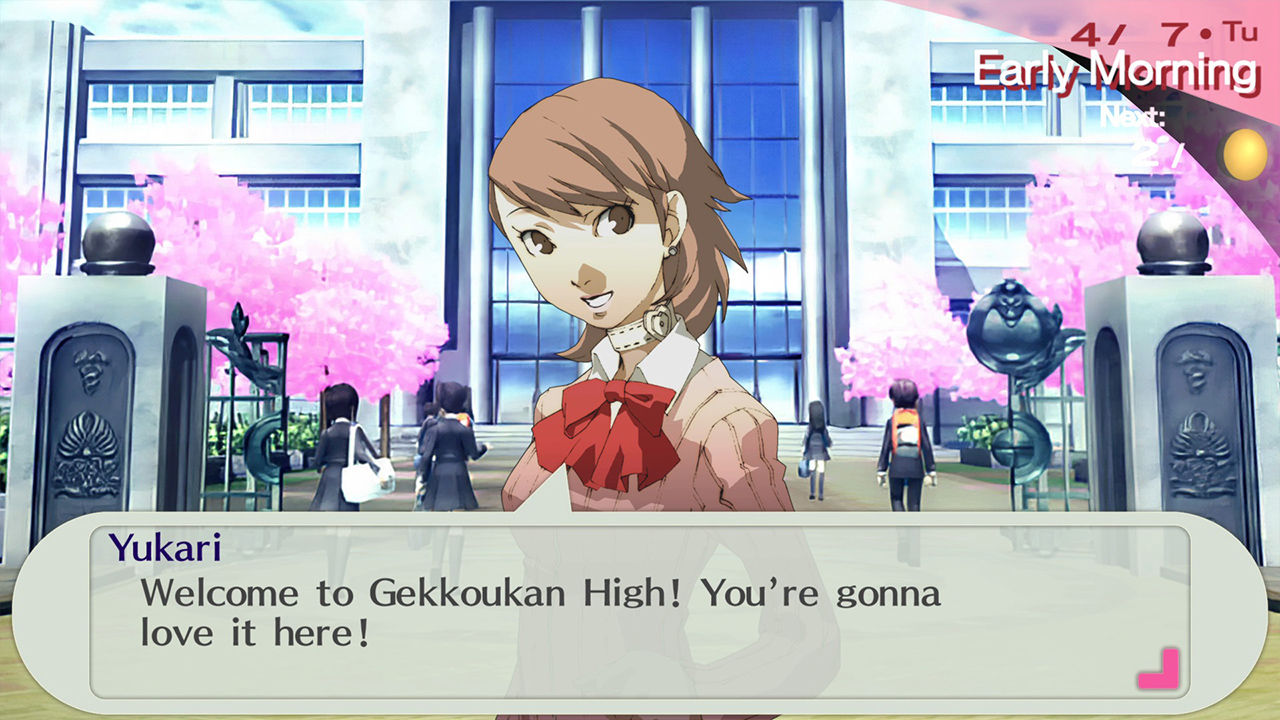 The gooey white hot core of Persona games that 3 established is the interplay between day by day activity at school, hanging out with friends and forming relationships (Social Links), and embarking on tense Dark Hour excursions in JRPG battles. This core gameplay loop and the ability to pace yourself accordingly is nothing short of brilliant – want a session where you turn your brain off for a couple hours and just power through Tartarus floors? You can do that. What about one where you spend all your time hanging out with the funny French exchange student, or the kindly old couple at a bookstore? You can do that too. And of course you can vary it up a bit more as you like it – though if you’re going for a Max Social Link run, you’re going to have to maximize your time efficiency as much as possible (and probably just use a guide, honestly).

As with every post-3 Persona game, the writing is largely great but can sometimes whiff big. The cast is endearing, from troubled everygirl Yukari to musclebound dork Akihiko to best pupper in the world Koromaru, though they can lack in some of the absurdly entertaining chemistry of the casts of P4/P5. My personal favorite was Aigis, an artificial Shadow-slaying robot whose journey of self-discovery is intimately tied into the player’s and comes to an emotional conclusion. There are some great Social Links too, like a dying young man philosophizing about life or a morally corrupt businessman giving you absurd and cynical life lessons. Not every character hits (I Do Not Like Junpei), the humor is often asinine and cliche, and some of the villains are a bit weak, but its themes are solid and consistent, a mournful ponderance of the meaning of life when death will come for us all (have I mentioned that everybody in this game summons Personas by shooting themselves in the head? Persona 3 is peak 2006 Hot Topic). 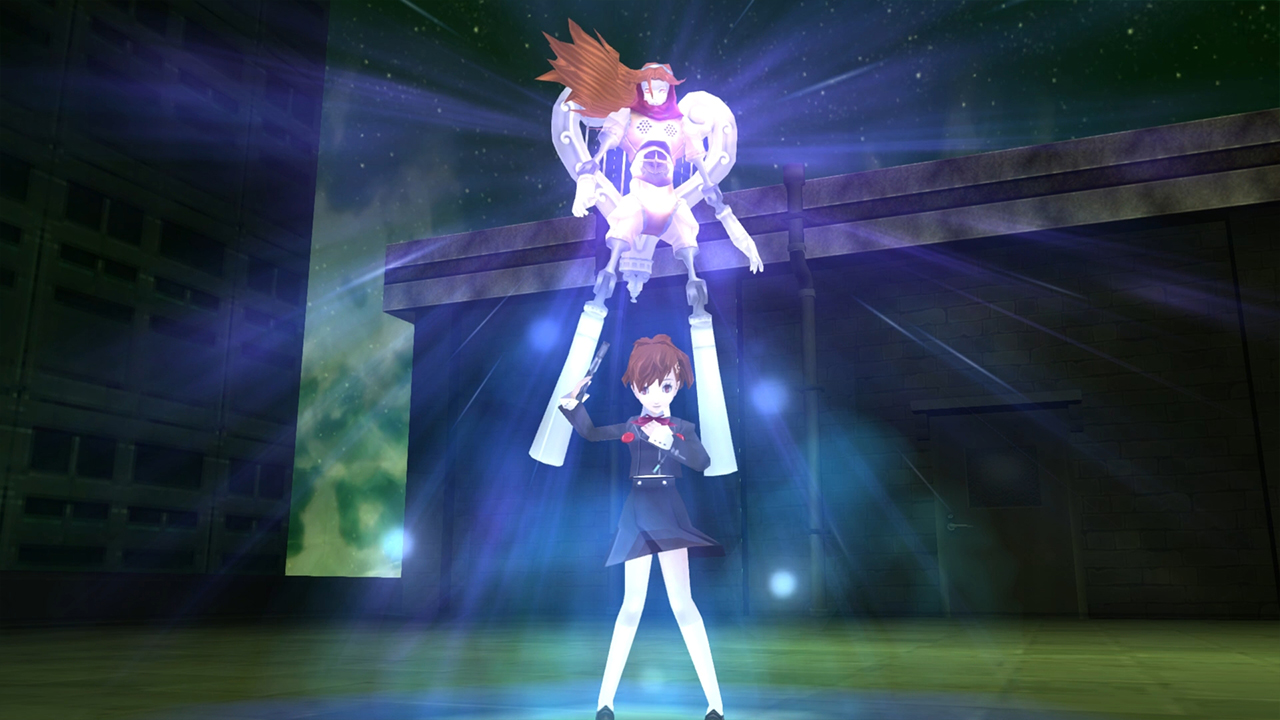 The battle-centric side of the game is even more of a mixed bag. Don’t get me wrong, that core Shin Megami Tensei battle system is top notch, and has been for going on two decades now – it’s balanced, fluid, fun, and awards you for using alternate strategies like status ailments or buffs/debuffs. And Persona collection/fusion is still a fun and rewarding process (even if the lack of Fusion Search and manually picking abilities for Personas in fusion is a hassle). The main flaw lies in Tartarus itself, a massive randomly-generated dungeon that isn’t particularly interesting or satisfying to explore. While later games would provide locations that provide elaborate representations of characters’ repressed psyches, Tartarus is just kinda dark and gloomy in comparison. While it’s a vital necessity to train up your party for boss fights, and a fine place to mindlessly grind if you’re in the mood, it’s definitely the part of the game that’s aged most poorly. At least you can directly control your party members in Portable. 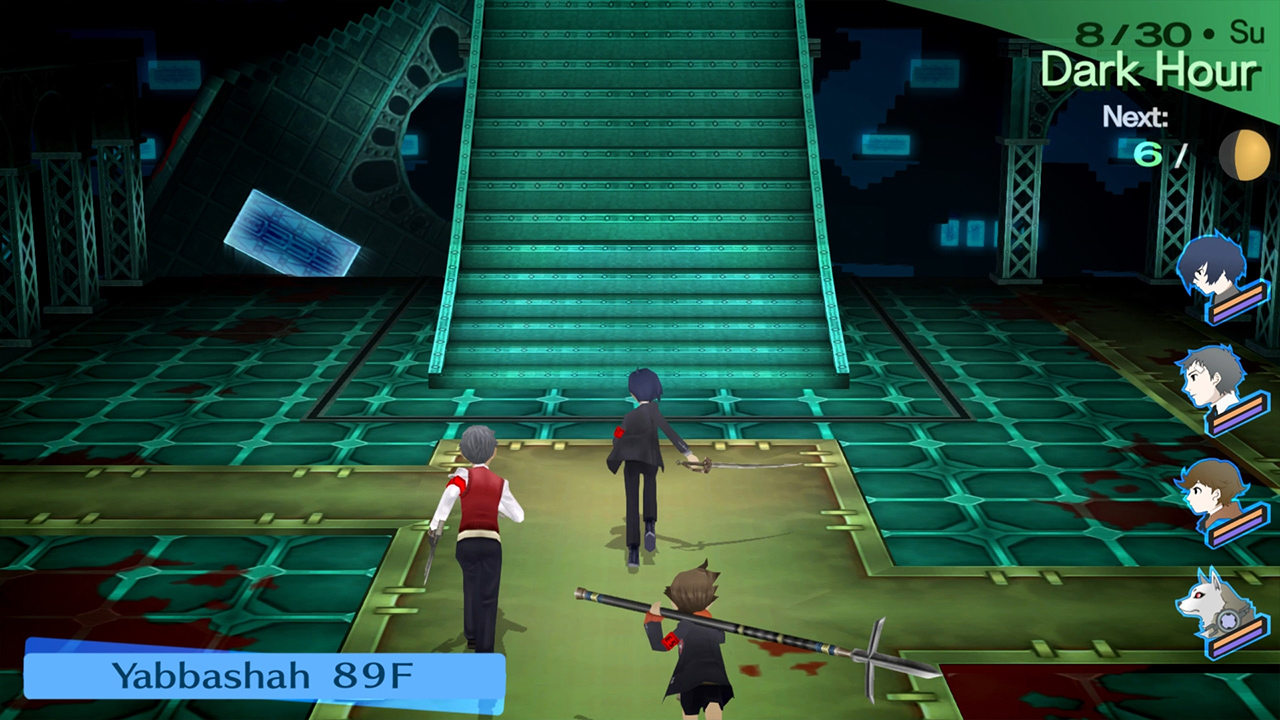 The Portable version in general has more of a visual novel presentation, with character models only really present and moving in dungeons/battle and sliding around bird’s eye views of environments to traverse them (this was originally a PSP port of a very big PS2 game, after all). While this more minimalist presentation might irk some used to character animation in interactions, I honestly think it suits Persona well. Most of the daily simulation game elements are very VN-like in the first place, and it still features direct player control where it matters. Not to mention the soundtrack is always banging (BABY BABY BABY BABY BABY BABY BABY BABY BABY). While I probably would have preferred presentation like in the original version of the game, toss in some sharpened remastered graphics and a port that’s very smooth and there’s no trouble.

There is a larger issue that does wrinkle me, though – there’s never really been a “definitive” version of Persona 3. Portable contains the aforementioned female route and direct party control along with some endgame challenges and other bells and whistles (like Skill Cards). But it’s also missing anime cutscenes and an entire post-game scenario (“The Answer”) from Persona 3 FES that contribute significantly to that game’s impact. While making a “definitive” edition that combined the best of every version would at this point probably require just a full on remake, it still feels like a low-cost safe bet. It doesn’t help that there’s no redub, meaning that one of the main English voice cast members is a notorious sexual harasser (whose character tends to make uncomfortable advances himself). 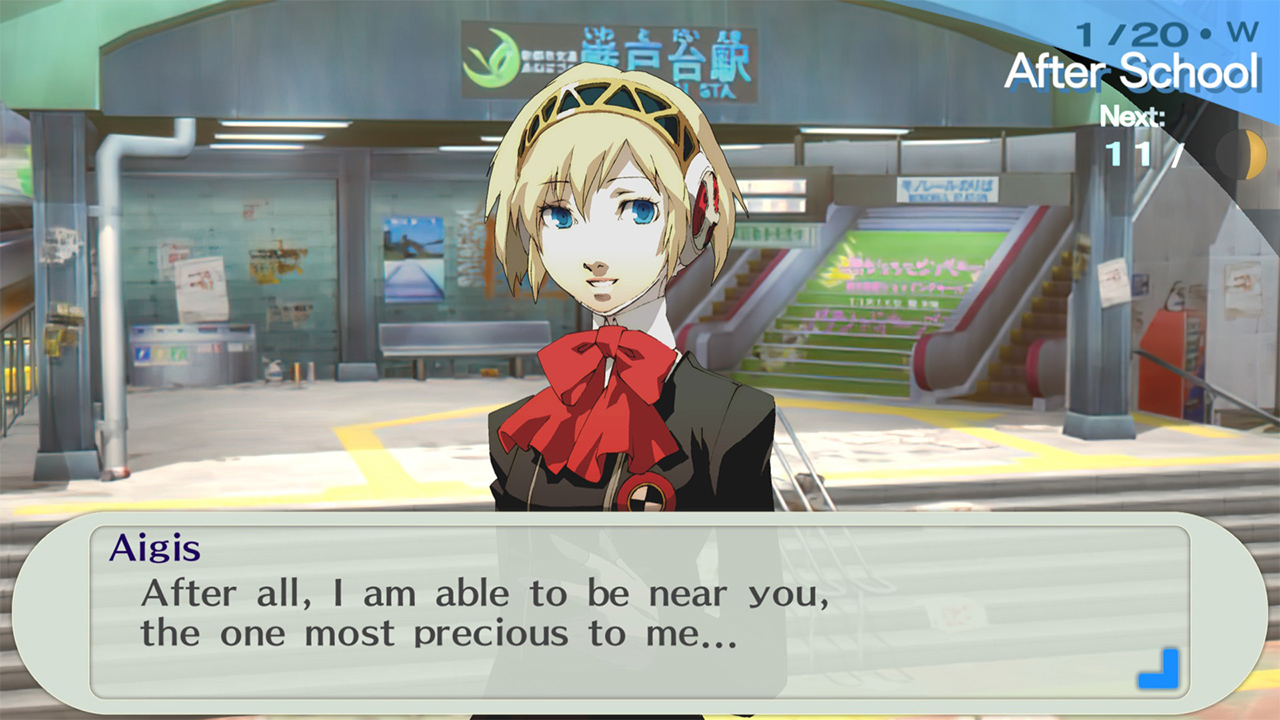 But these are all marginal quibbles. And Persona 3’s calendar system, its day to day doldrums, are really where its strength lies – where I’d argue it does better than the games that come afterwards. While 4 and 5 maintain that sweet sweet pacing and core game loop, the day to day life plays less into those games themes (truth in the face of uncertainty and rebellion in the face of oppression). Persona 3, a game about confronting life in the face of death, asks you to consider how you would live this one year of your life. Would you do everything perfectly? Make every friend, join every club, conquer every proverbial mountaintop? Or would you simply do the things that make you happy in the short time you have?

Tim Rogers, in the greatest video game review ever made, discusses the nature of reliving high school through a video game, seeking a way to do it all over again, to nail everything perfectly just as you wanted it (but couldn’t have in real life). Persona 3 contains this same central quandary, just on a wider and more melodramatic scale. What kind of youth would you have, holding the fate of the world in your hands, knowing that your end could come at any time? In Persona 3, you can find an answer for yourself. And that makes it well worth playing, even all these years later. 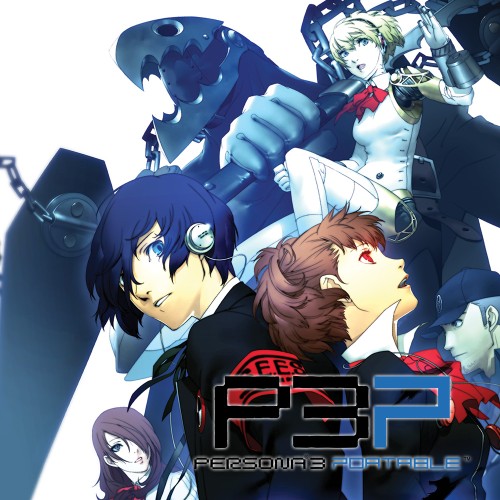