As I continue to get older and the burden of adult responsibilities weighs on my soul, I find myself increasingly drawn away from my childhood obsession with time-consuming RPGs for the bite-sized, pick-up-and-play allure of roguelikes. Often taking well under an hour per run, the genre is perfectly tailored for both short bursts of play and endless marathon sessions, not to mention the Nintendo Switch’s portable-friendly nature. Mastering its arcade sensibilities and skill based gameplay mechanics are among some of the most gratifying experiences gaming has to offer — when it’s done right.

Due to the nature of procedural level and enemy generation, roguelikes are remarkably difficult to develop for, requiring a delicate balance of difficulty, randomization and just a dash of luck. The best of the genre fills players with the courage to overcome seemingly impossible challenges through sheer skill and perseverance, despite being dealt a bad hand. It’s an addicting formula that when concocted correctly has you playing ‘just one more run’ for hours on end. Unfortunately, while I mostly dig the spiced up combat system, Has-Been Heroes doesn’t quite follow the roguelike recipe for success thanks to a penchant for unfair deaths and frustrating difficulty spikes.

Not-even-a-little-bit-kidding with this synopsis, players don the grieves of washed up legendary champions well past their prime as they take on one final mission: escorting twin princesses to school. From young and eager rogues to anthropologists-turned-Mexican wrestlers, there’s no shortage of colorful characters up to the task, with hundreds of game-changing items and countless monsters in need of a good slaying keeping each playthrough distinct from the last.

The silly tone of the story is appropriately accompanied by a charming, cartoony art style that’s easy on the eyes, complete with gorgeous motion comic cutscenes. I just wish the writing was handled with equal care, reduced to little more than a smattering of garbled grunts and cheesy one-liners. I can’t say the music has been particularly memorable either, but at the very least proves passably medieval where it needs to be.

Not unlike a certain mobile title featuring shambling, green-thumbed corpses, Has-Been Heroes is a lane brawler combining real-time and turn-based strategy elements. I tend to liken it to a cross between Guitar Hero and Darkest Dungeon, but without the tight spandex and rockin’ soundtrack. Your party of intrepid heroes consists of three members with varying stats and abilities: a tank, a mage and a rogue. Each fight begins with your three escorts occupying separate lanes of the battlefield mapped to a button on your controller. Once your lane is selected, simply tapping ‘A’ sends your hero forward to attack, followed by a prompt to swap positions with another hero for unleashing optional combos.

Sounds simple enough, but here’s where things get tricky. Most enemies have a stamina meter next to their health bar that needs to be drained before any damage can be inflicted. Typically, these range from one to four ‘blocks,’ though some bosses I’ve stumbled upon held upwards of a whopping 25. Likewise, each party member has an attack stat ranging from one to three, revealing both the number of times they’ll strike an enemy and stamina bars they’ll deplete in any given turn. Precisely draining all of the enemy’s stamina momentarily stuns them, opening their hollowed husks to a volley of blows that permanently reduces their stamina cap by one. Use an attack with too much firepower, however, and the enemy merely experiences some minor knockback and damage, fully restoring its stamina in the process.

It’s a creative mechanic full of nuance and basic arithmetic that you’ll need to master should you wish to overcome Has-Been’s more nerve-racking, sometimes unwinnable boss battles. I do mean unwinnable, because the never ending wave of minions accompanying these skeletal behemoths will more often than not overwhelm you as your wayfaring party slowly attempts to chip away at their monumental stamina bars.

In fact, out of the dozens of runs I’ve put in, my party of long-forgotten adventurers have only ever fallen in the heat of battle during these relentlessly unbalanced boss matches. That’s not to say the rest of the game is a cake walk, but it goes to show the immense difficulty spike between main stages and these incredibly overpowered adversaries. Even my most unfortunate runs in The Binding of Isaac — full of useless abilities and unforgiving enemy spawns — could be overcome with patience, skillful reflexes and a can-do attitude. Here it just feels like I’m doomed to fail because enemy spawns were out of control or the range gods demanded I take a break.

Each death is only made more grueling given the time lost purposely avoiding the most direct path through a stage. Exploring the randomized overworld to the fullest for potentially devastating abilities takes a good chunk of time and is crucial should you desire a snowball’s chance in taking down that map’s big bad. Yet even armed with powerful spells — like chain lightning that triggers upon melee impact or wide-area stun attacks — there are times when the full force of my arsenal simply didn’t hold enough weight in turning the tide of battle, instead reliant entirely on lady luck being by my side. Without a doubt, a few balancing tweaks would go a long way in making the game’s difficulty feel less artificial.

Compounding the problem further, the treacherous nature of these final encounters means most of your time spent gallivanting King Fortinbrax’s corrupted kingdom quickly devolves into a tedious grind. Has-Been Heroes’ strategic strengths are a blast for the first few hours, don’t get me wrong, but the luster wears off quick once you realize you’re mostly fending off hordes of similarly sprited skeletons with the same handful of starter spells time and time again. No joke, about 90% of the game’s baddies are skeletons donning different digs, including the bosses. In a genre that thrives on each playthrough feeling like a fresh experience, it’s baffling why a component as crucial as diverse enemy design and varied attack patterns would take such a backseat.

Which leads us to the real gameplay crux. True variety only unlocks after multiple successful runs, supplying new potential spells and enemies to the pool of possibilities for subsequent playthroughs. In theory, it’s a staple mechanic shared by the best of the roguelike bunch that drives that itch to push on and keep playing, but its coupling with Has-Been’s woefully unforgiving end-stage boss battles proves a frustrating and monotonous experience every step of the way.

Has-Been Heroes has all the hallmarks of a fantastic roguelike: countless collectibles, a uniquely engaging combat system, and the immense sense of satisfaction that comes with overcoming the most challenging of runs. It’s just too bad the fun is plagued by unbalanced spikes in difficulty, arbitrary range and repetitive enemy designs.

Death in video games (and especially roguelikes) should always feel earned: a culmination of mistakes and miscalculations players can remedy through continued practice and repetition. Has-Been Heroes’ regrettably takes the opposite approach, punishing players for honing their skills through an over reliance on luck-based outcomes that have little to do with mastery of its genuinely enjoyable strategic mechanics. It’s a shame, too, because with just a little more polish, Has-Been Heroes could have been an incredible achievement in the indie roguelike space. 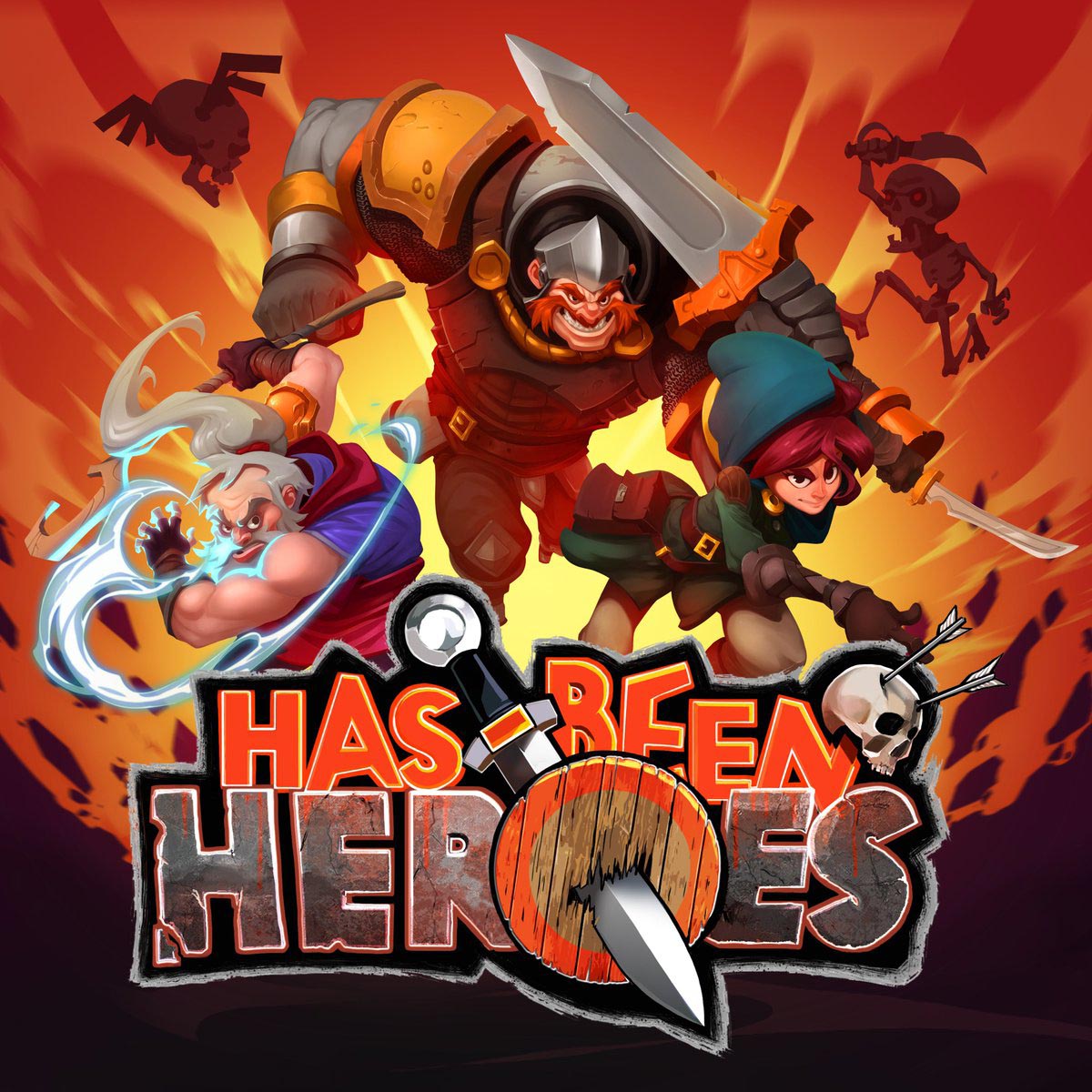