Cotton Reboot! updates and aims to improve upon 1991’s Cotton: Fantastic Night Dreams. It does so most apparently by updating the visuals throughout, with new sprite work and effects soaring across the screen as you play through its seven stages. This arranged mode is the main attraction of the reboot, but you can also play the Sharp X68000 version of Fantastic Night Dreams. Longtime overseas fans may have played the TurboGrafx version from back in 1993, but this is the first time the X68000 port has left Japan.

As an aside, if you want the original arcade version, it was recently released on the Sega Astro City mini arcade cab.

The Cotton series is about as cute ‘em up as cute ‘em up can get outside of featuring a sentient spaceship. Instead you play as Natta de Cotton, the young witch that gives the game its name. She’s joined by Silk, a fairy that’s humbly requesting Cotton’s aid to save her homeland. That’s not important though, as Cotton’s only in this for candy. 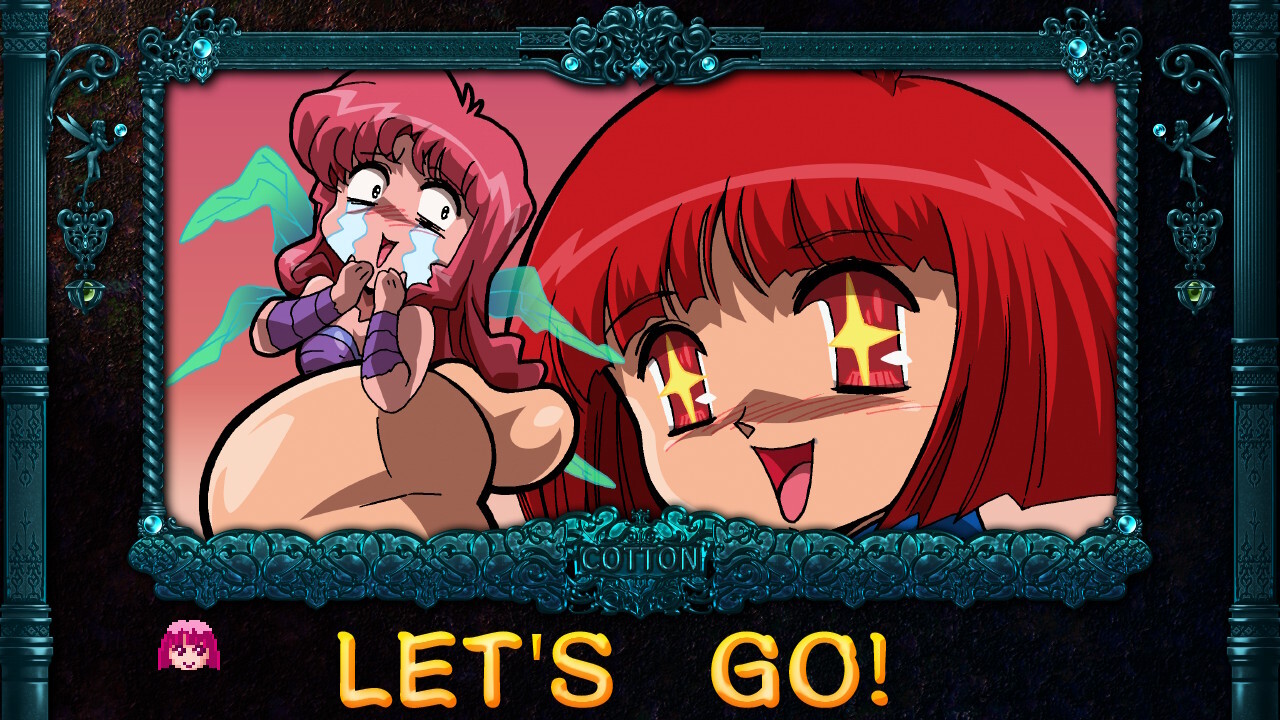 These sweets, called Willows, are all our broom-riding mascot really cares about, and once told there’s confections to collect she gives a hearty “Let’s Go!” and the two are on their way. It may be a flimsy plot, but it works for how self-centered Cotton is. It’s all played up for comedy in brief cutscenes between stages, complete with early 90’s anime sensibilities. They’re amusing vignettes, though occasionally the voice over in them seemed poorly mixed, often drowned out by the music.

Gameplay is of the usual side-scrolling horizontal shooter variety, with both a primary shot and more specialized bombs for grounded enemies. Routine as that all is, there are enough of its own ideas to make Cotton stand out. These include magic spells that can be stockpiled and leveled up, giving you more potent offensive attacks or protective shields. Silk will also hover around you, with more fairy friends findable as you go through a stage. These are the game’s version of Gradius’ Options, giving you more projectiles to fire at once and occasionally pummeling nearby enemies. 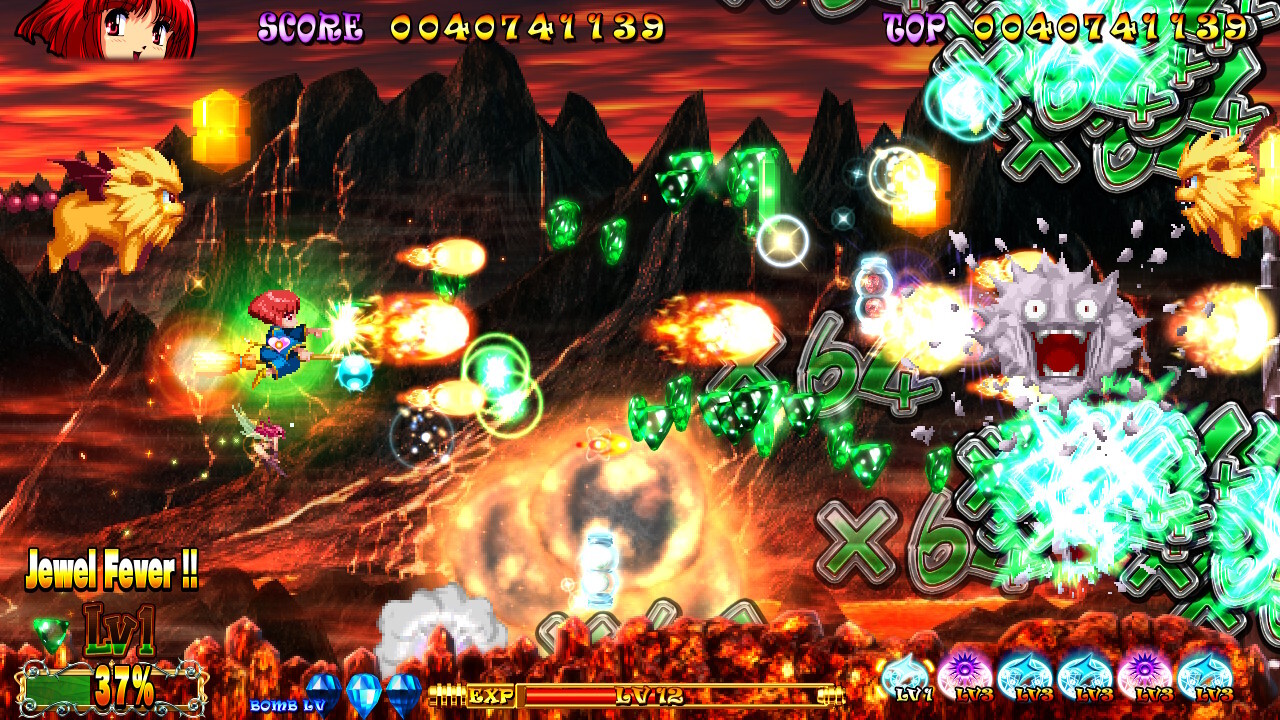 What was old is new again in Cotton Reboot!, though, as while the gameplay remains fundamentally true to its roots it’s also brought in unique mechanics and improvements to existing one. The most readily apparent by about the midpoint of my playthrough is that there are unlimited continues here, meaning you can comfortably fly through the entire experience without threat of lost progress. This does effectively shatter any sort of difficulty the game carries from a completion standpoint, but purists can always punish themselves as they see fit.

In the original, magic spells and experience were gathered from floating crystals that would cycle through effects as you shot them. Those are back, but now they disperse your shots and power them up. Also added is a new Fever mechanic. As Cotton shoots her way through enemies and gathers up gems, she’ll fill up a gauge at the lower left corner of the UI via these split shots. Triggering this will give you a massive score multiplier that gets bigger and bigger as you level up its gauge. Getting hit will power this down, giving you added incentive to avoid enemy fire.

These new systems don’t harm the game, as they’re fairly unobtrusive on their own and the game seems to compensate for your added firepower with more enemies and projectiles compared to the retro version. It does add more UI elements, which when mixed with the aforementioned obstacles can make things a bit noisy on screen. Infinite continues will remedy some of those problems, but it reinforces that the real nature of Cotton is as a score attack game.

My highest praise goes to the overall aesthetic. Fantastic Night Dreams is at once vibrant and somewhat gothic in its presentation, with the colorful sprites and characters flying freely through starlit nights and haunted caverns. These already looked nice in the original Cotton, helping it stand out even among other cute ‘em ups, but are even more pronounced in the arranged version. Paired with the excellent soundtrack for stages (which has also gotten completely rearranged, with the originals still available) the whole of a playthrough is a trick-or-treat for the eyes and ears. 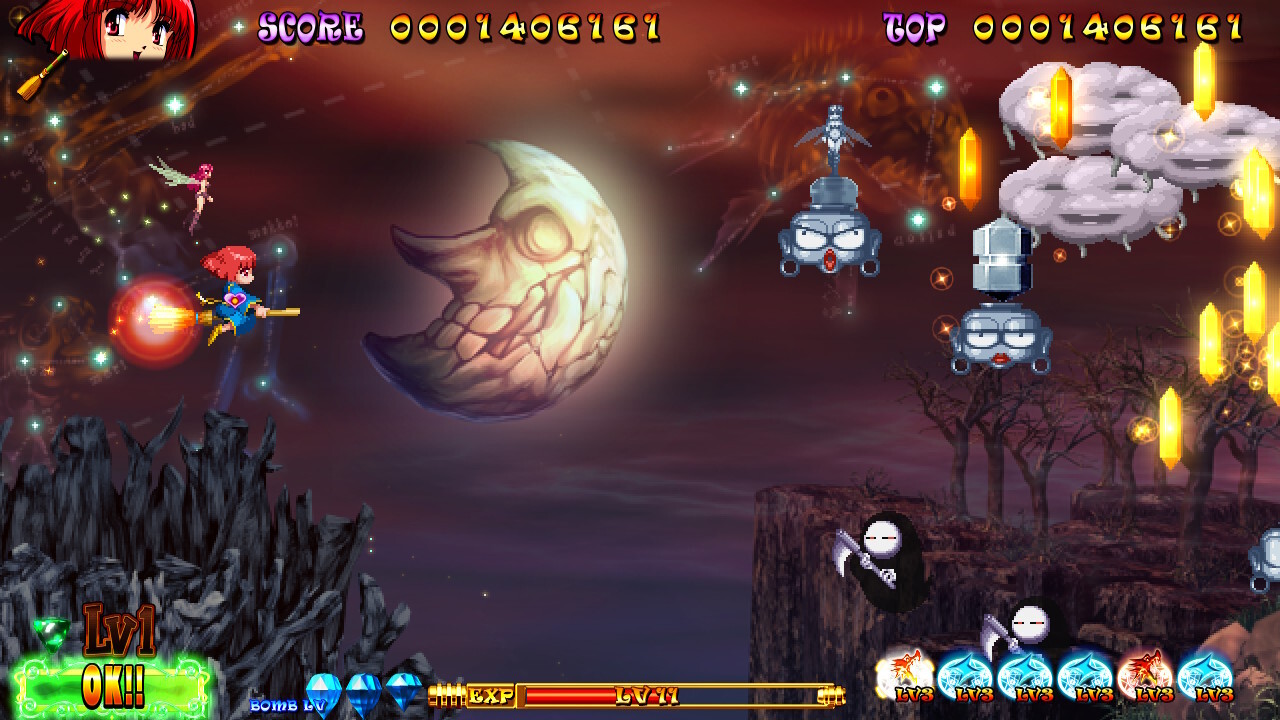 Don’t let the vibes disarm you though. Cotton Reboot!, even with its infinite continues, is tough. Projectiles will fill the screen and sometimes enemies can spawn in spots you thought were going to be safe. That’s standard fare for the genre, though new difficulty options are here to either make the game more breezy or downright bullet hellish if you prefer.

You should come into this wanting to improve and replay, by the way. Cotton Reboot! is not a long game, with a death-filled playthrough being just over an hour. Anyone who isn’t already invested in the genre or series may be put off by the brevity of it all, especially when looked at next to the $39.99 price. If you’re interested in chasing high scores, or taking on Time Attack, or picking it up every now and then just because, you’ll likely get your money’s worth. 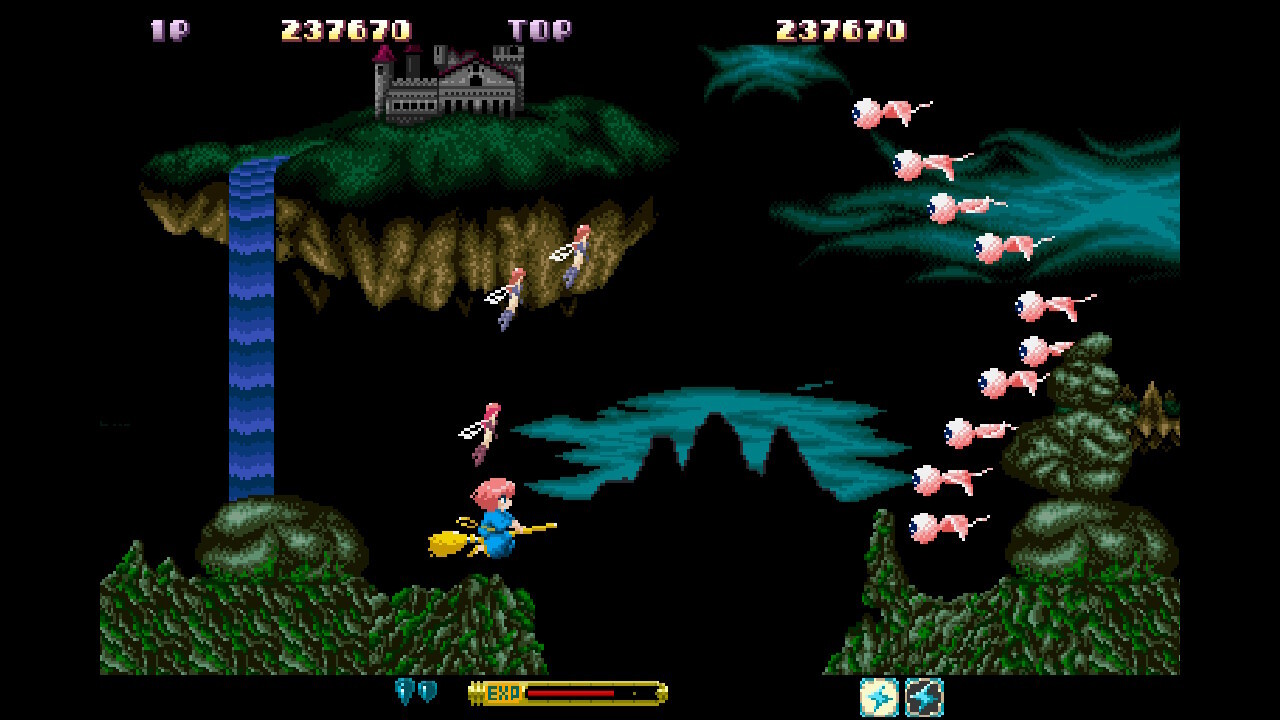 That’s not to downplay the history of Cotton, which includes half a dozen releases and a surprising amount of merchandise, but it’s definitely a niche series that never got off the ground outside of Japan. At least one more remake like this and a brand new title are on the way, so I encourage the curious to keep an eye on Success’ sweet-obsessed shooter. As for this revival, Cotton Reboot! is a delight, even if the flavor can run out quickly. 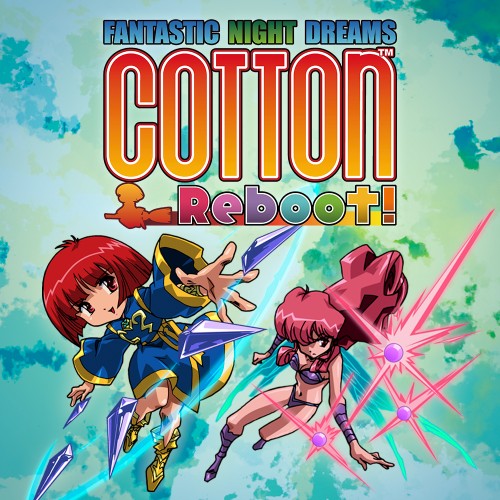