The SaGa series may not have the same foothold in the west as other Square Enix franchises, but nevertheless it’s held strong over the years, seeing new releases, retro ports, and an exceedingly popular mobile game. This latest release falls into the second category, bringing back the three Game Boy games that started it all.

For some background, the SaGa series is the creation of Akitoshi Kawazu, who got his start in the RPG space as the game designer for the first two Final Fantasy games, and the DNA of the second game in particular is present throughout the SaGa series. While Final Fantasy going forward focused more on expanding the levelling progression of the first game, Kawazu took concepts from Final Fantasy II to the Game Boy. Namely, “activity-based progression”, where statistics are improved through general use and the equipment you’re wearing. 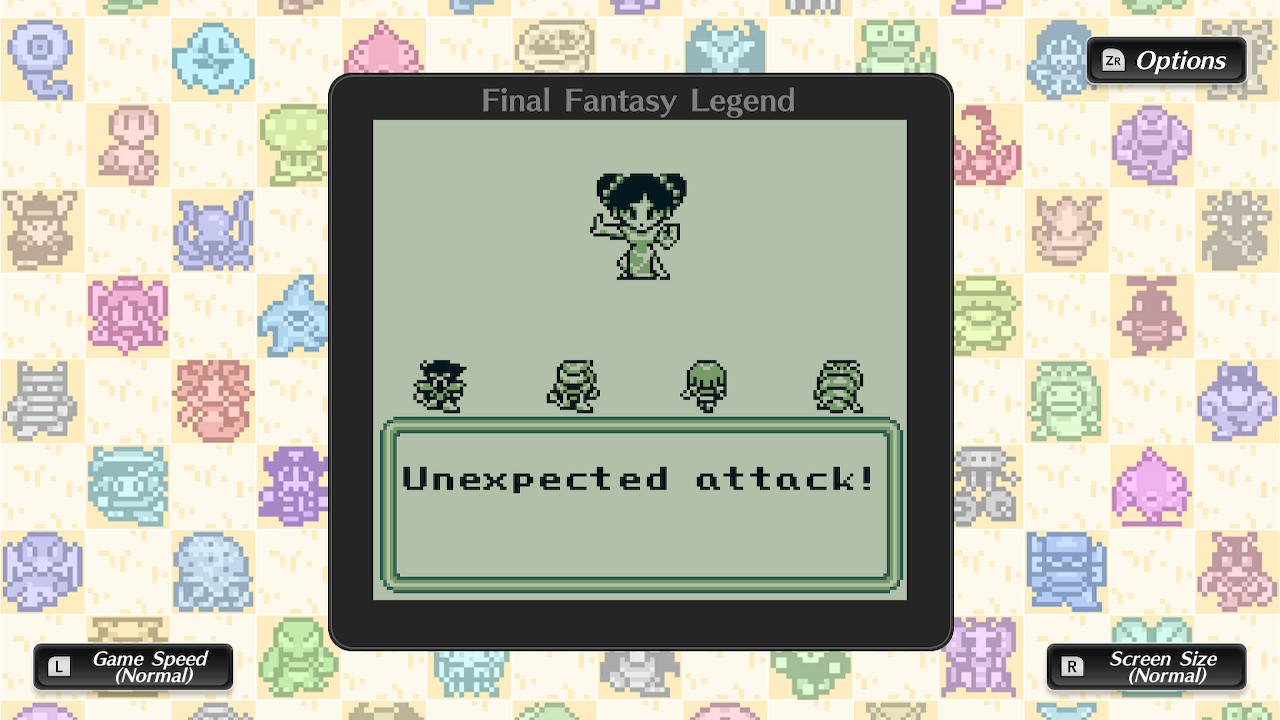 This results in the first few games feeling more than a little strange to those who have played Final Fantasy games for years. Enough familiar elements are here, like random encounters and even some spell names, but if you approach the games like you would a traditional video game RPG you probably won’t have a fun time.

Progression is more open-ended, mechanics like mutants and monster meat throw things off, and you really have to pay attention to know where you should be going. The first game even features permadeath for your recruitable party members, making for an experience that was criticized for its difficulty even when it first released. The third game at least takes a more traditional approach to story progression, but even still, you’ll want to do some reading up before diving in, and unfortunately manuals aren’t included within the collection itself.

Once you’re familiar with what the games expect of you, however, you can anticipate an enjoyable and surprisingly deep experience, where the worlds you’re exploring can feel dense and threatening despite being rendered in monochrome on a 160 x 144 pixel display. 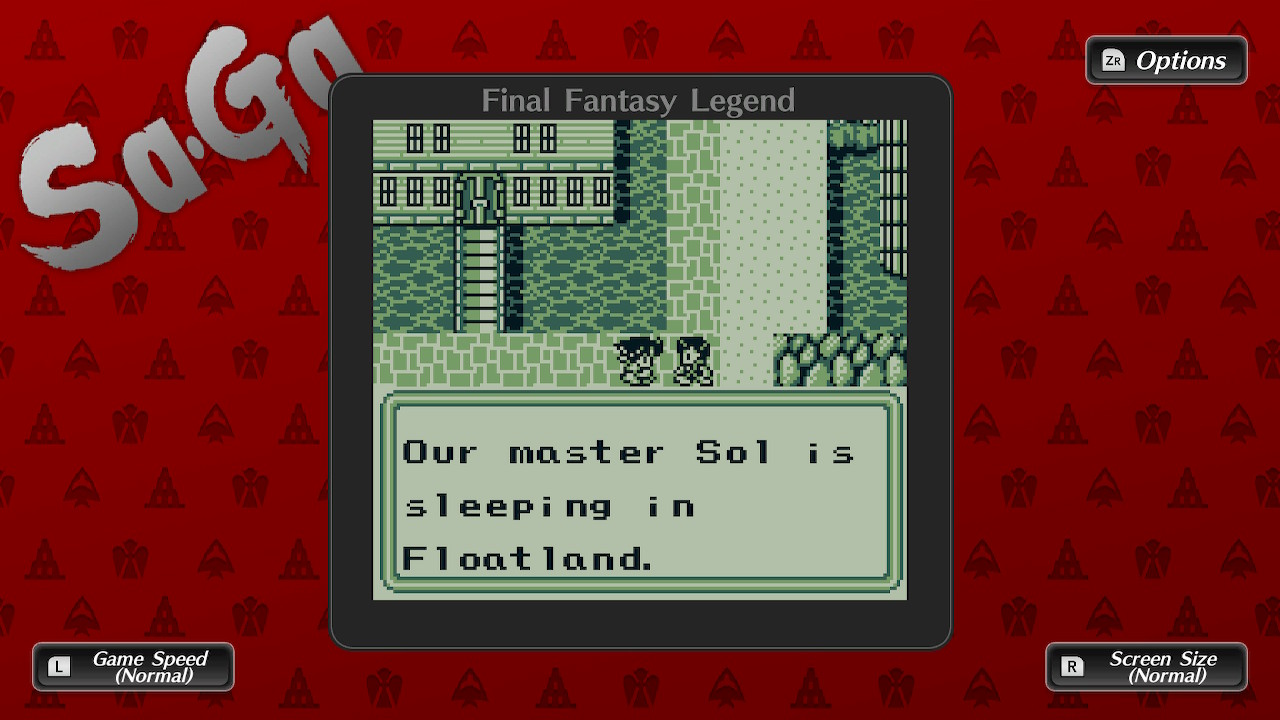 In many regards, the Collection of SaGa has a lot in common with the Collection of Mana, released last year, and it’s not just that they feature Game Boy games that held the Final Fantasy title outside of Japan. Both have practically identical menu UI’s linking the retro games, with border options and the like, though it’s worth noting how both collections have different quality-of-life options that better suit their respective games.

For example, the Mana collection features save states – something that is ultimately not all that necessary in SaGa, which allows saves at any point outside of battle. Instead SaGa offers up something more useful in its place – a speed-up function. Battles can drag overlong at the original speed, and trekking through some dungeons can be an arduous process, two issues that are overcome by a simple tap of L. Even better, unlike most emulators, this doesn’t speed up the music or sound effects.

Remapped controls are also supported – a handy feature, as you may find yourself stumped at first by the plus and minus buttons not being mapped to start and select. It’s even possible to play the game entirely with the touch screen in a vertical orientation, mimicking the original Game Boy form factor. 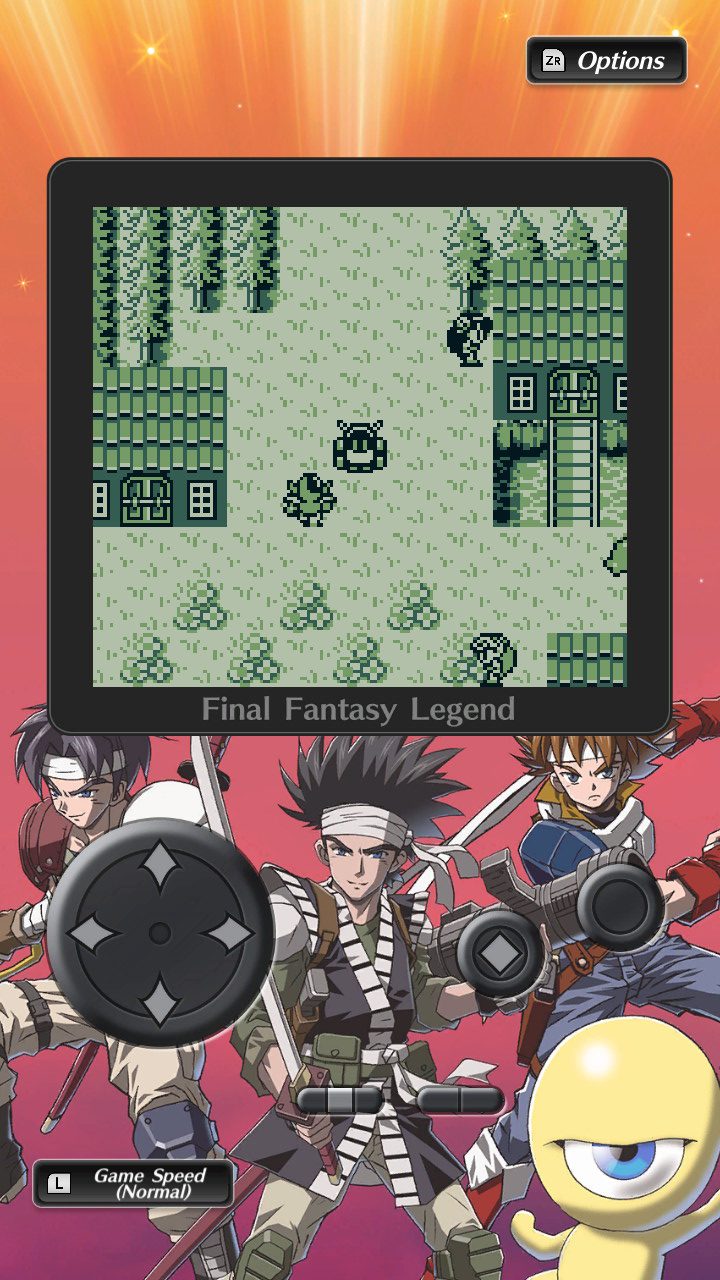 Unfortunately, the scaling options leave something to be desired. There are only two options – a pixel-perfect window, or a slightly stretched zoomed-in perspective. The former looks great when the Switch is docked, but unfortunately both look slightly off when undocked, with stretched pixels. It’s only a minor foible, however, and unless you’re sensitive to the sight of occasionally abberant pixels, you’ll be able to play these originally handheld games portably without much trouble.

Another option that is unfortunately absent is the ability to change the color of the display. Hardware like the Game Boy Color or the Super Nintendo’s Super Game Boy would allow players to alter the monochrome colors of original Game Boy releases to be a bit more vibrant, but unfortunately with this collection you’re stuck with black-and-white-with-shades-of-green, with only the borders giving any real sense of color to the experience. While the graphics are quite nice for the hardware, a little colorization would go a long way to make them pop.

A Journey Worth Trying

As the odd-duck of Square Enix’s RPG line-up outside of Japan, the origins of the SaGa series are well-worth checking out for any RPG fan, and this collection is a fantastic way to go about it, especially considering both the Japanese and English versions of all three games are here. 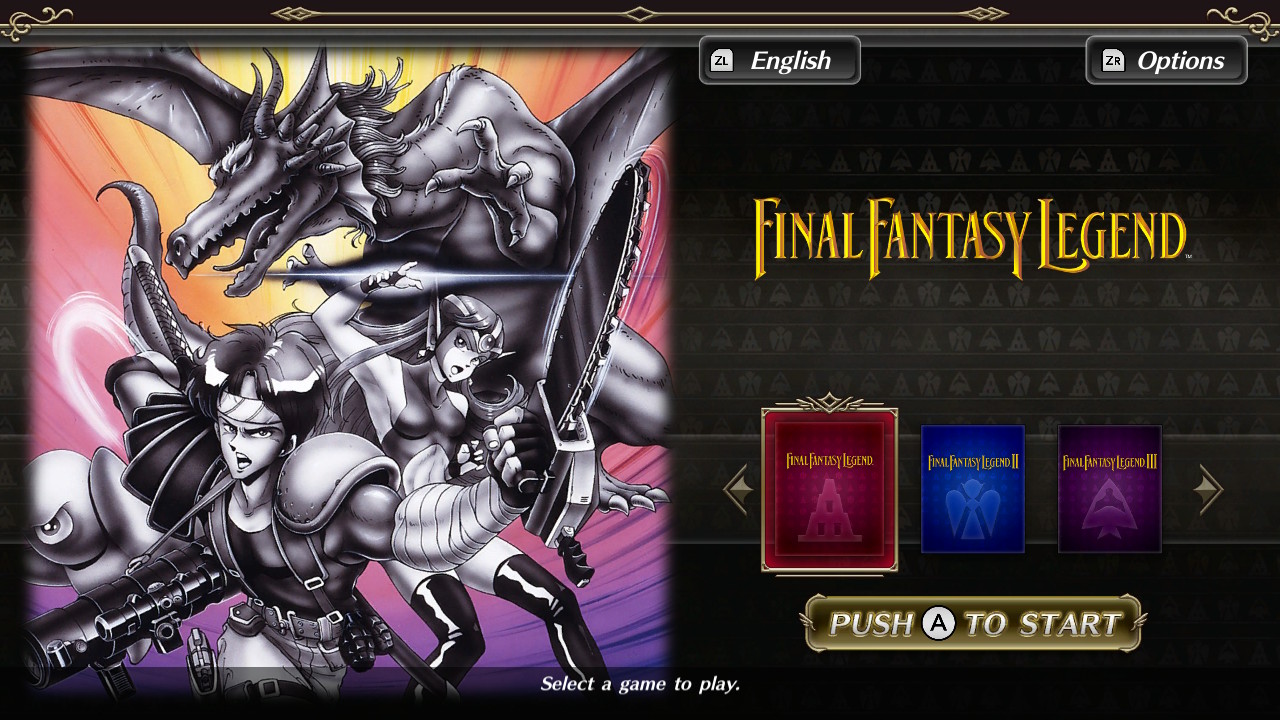 For casual fans, however, the archaic and unusual systems are a harder sell, but in many ways there’s a certain satisfaction to coming to grips with their eccentricities. After all, what other games out there let you eat mysterious meat that turns you into a giant slug monster, and then allow you to infuse yourself with bolts and gears when you decide you want to be a robot instead? 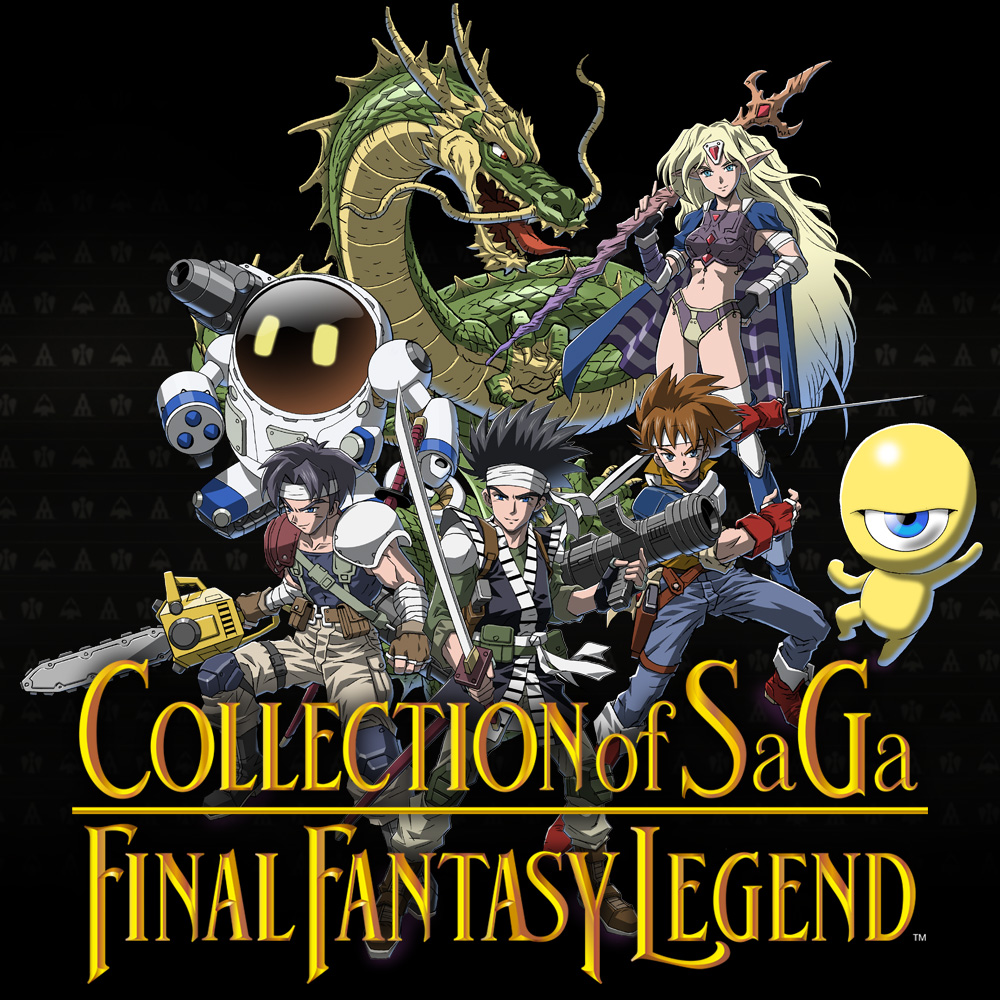