We found Dragon Quest Treasures to be a rather fun and satisfying adventure in our review and aspiring treasure hunters are set to receive new monsters through promotional codes.

The first two of these have arrived via the official Dragon Quest Twitter account. The first monster is unlocked with the code YUB and is a King Slime based on and voiced by series creator Yuji Horii. Its red lined cheeks are based on how Horii himself draws slimes, which is a cute touch. 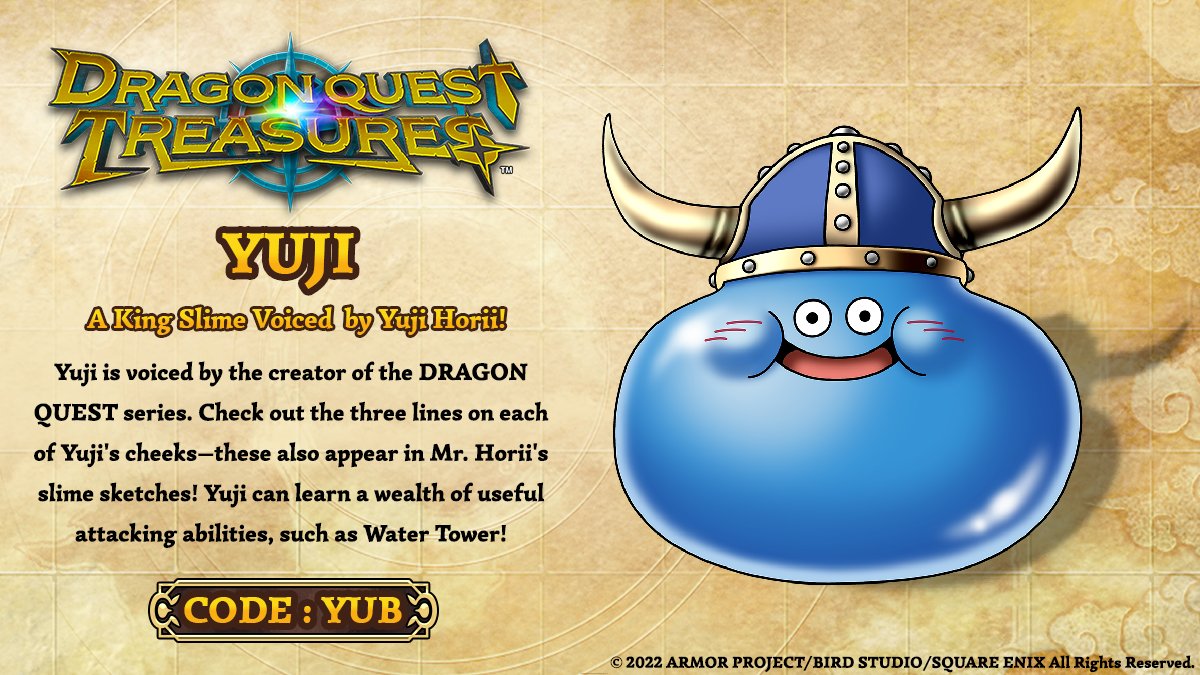 The second monster, unlocked with the code PEK, is Pekkora the Killing Machine. This one’s voiced by and based on the VTuber Usada Pekora, whose rabbit aesthetic is incorporated with a rabbit scarf and carrot-coloured sword. 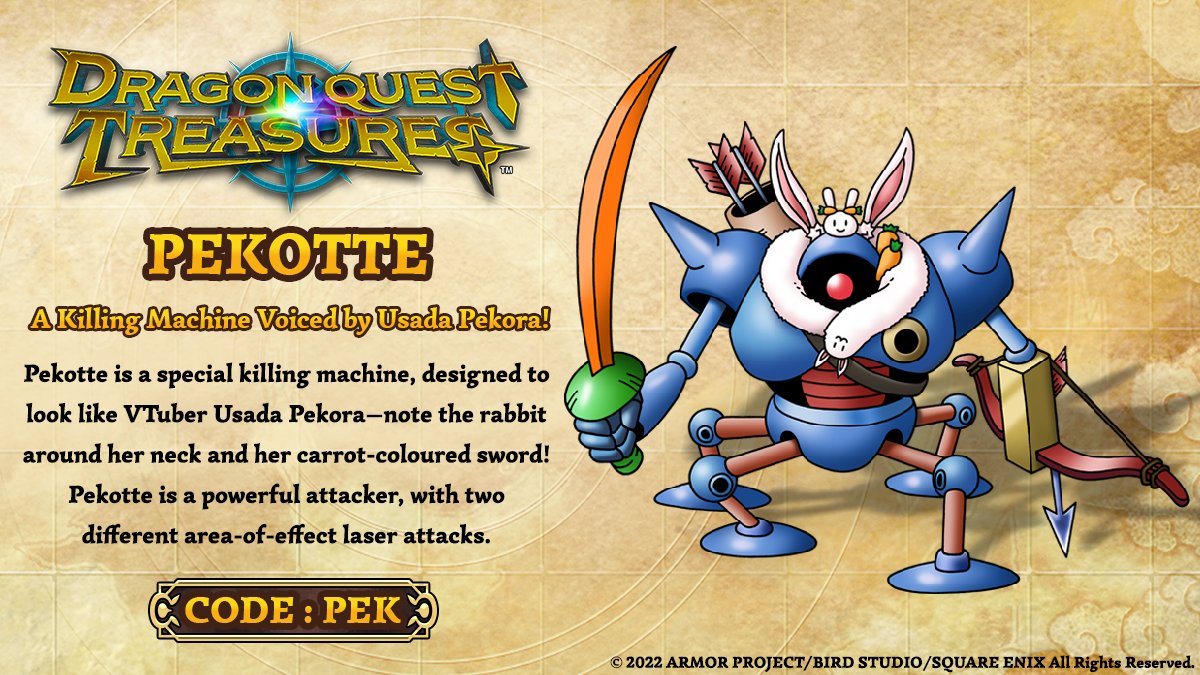 To grab these characters you’ll need to follow a few instructions:

After doing those in that order you’ll be able to adventure with them!