You can now pre-order Story of Seasons: A Wonderful Life – Premium Edition – for Switch on Amazon!

It’s only been a few months since the surprise reveal of Story of Seasons: A Wonderful Life during the September 2022 Nintendo Direct. Since then we’ve seen plenty of updates on the game’s Japanese site and social media accounts, including various pre-order bonuses and bundles for the game.

Today, XSEED Games is ready to share a glimpse of what fans in the West can expect. …Basically confirming that the timed honored tradition of cute animal friend plushies for Story of Seasons game releases continues! Announced in a press release, Story of Seasons: A Wonderful Life’s animal plushie is none other than a cute little goat! Measuring 3.5″ tall and 4″ long, this little guy will be available in the game’s premium edition which retails for $59.99 and will be available for Nintendo Switch, Xbox Series X|S, and PlayStation 5. That’s not the only thing included in the premium edition. XSEED Games also notes that a large cloth poster and a custom box illustrated by series illustrator Igusa Matsuyama are planned too. 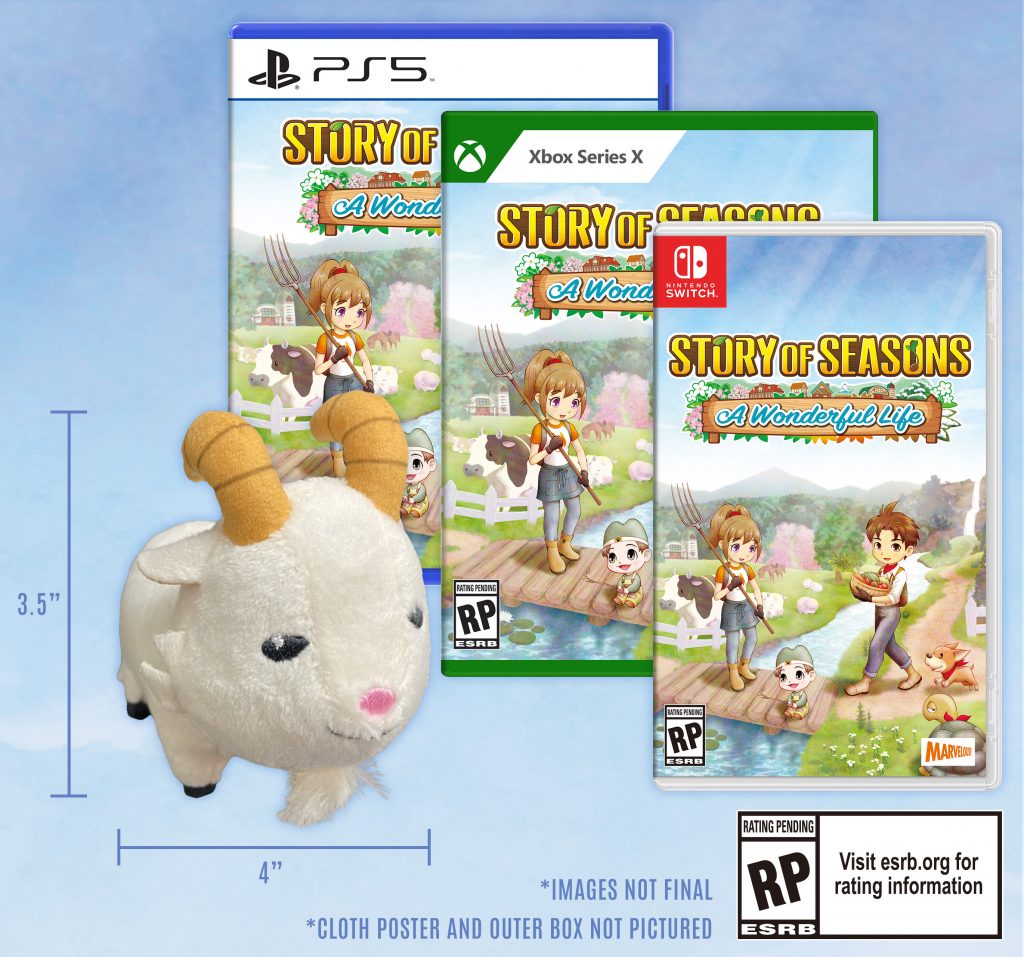 Of course, a standard edition of Story of Seasons: A Wonderful Life will also be available. That version will include just the game and is priced at $49.99. Further details for digital editions of the game will be announced at a later date (probably in 2023 given that we’re nearly two weeks away from the end of 2022).

Pre-orders for both the standard and premium editions will be available soon at various retailers, including via XSEED Games online store.

You can experience this beloved Bokujō Monogatari game again or for the first time when Story of Seasons: A Wonderful Life launches on Nintendo Switch, Xbox Series X|S, PlayStation 5, and PC (via Steam) simultaneously in North America in Summer 2023.