If you’ve started playing Sonic Frontiers you’ll be very familiar with Amy Rose by now, with the pink hedgehog having a central role on Kronos Island. If you’re a fan of her can-do attitude then you might be interested in this latest statue from First 4 Figures!

Originally announced back in June, First 4 Figures has opened pre-orders for the Amy Rose statue. 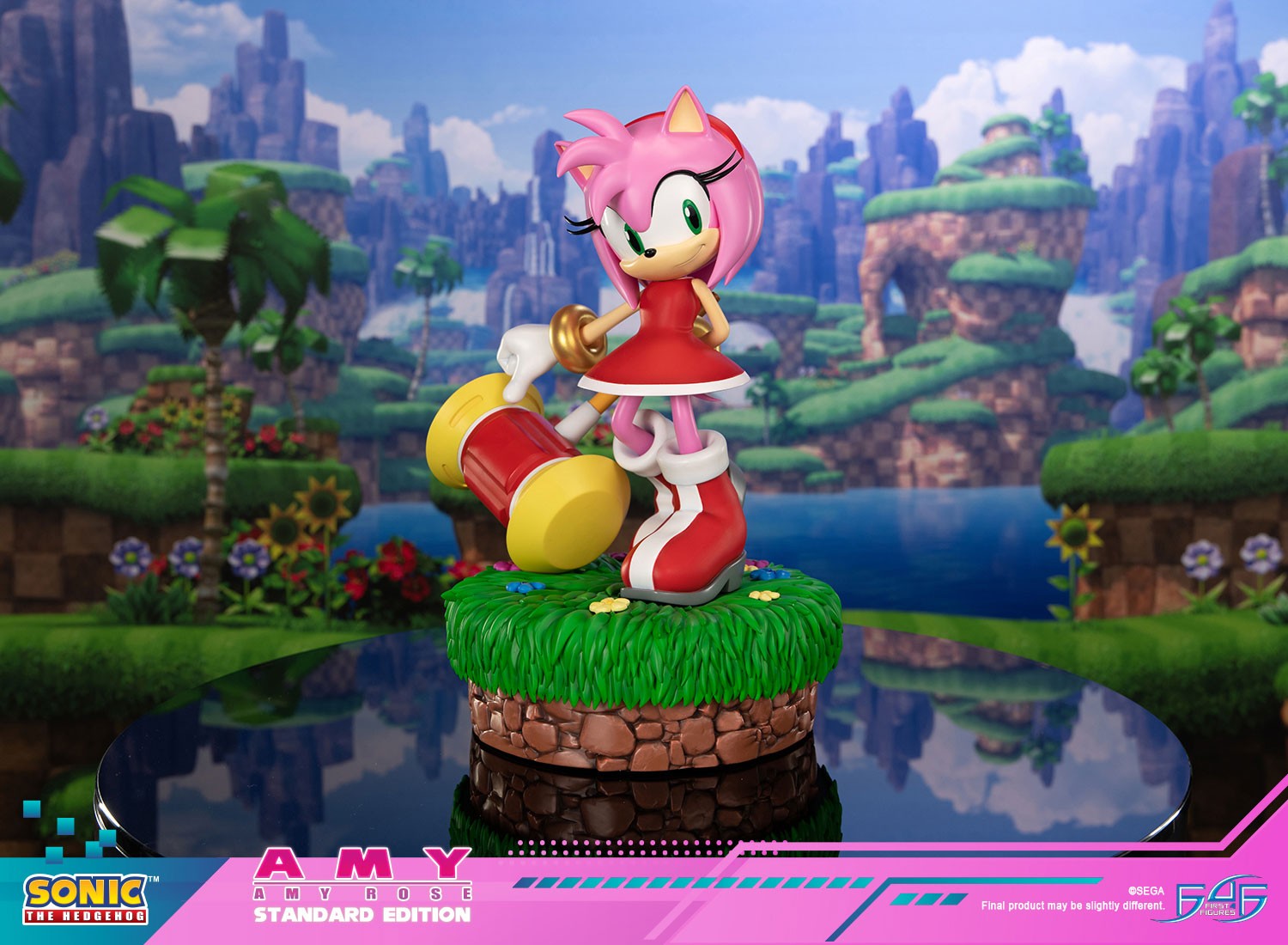 While the standard design above features her iconic Piko Hammer, it’s the Exclusive and Definitive editions which stand out, with the former having an alternate arm holding an Amy-themed Chao and the latter adding another base featuring even more Chao to the equation, and one’s even holding some Samba de Amigo-style maracas. So much Chao!

While pre-orders are open now the statue will be shipping out in Q4 2023, so there’ll be a bit of a wait before the lovelorn hedgehog finds a new home!