Kirby’s Dream Buffet is getting light novelization in Japan 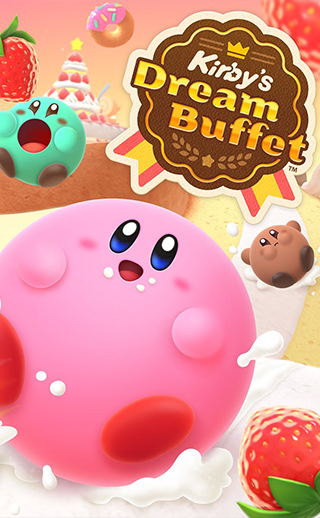 Did you know that Kirby has a series of light novel adaptations in Japanese? And quite a lengthy one too — it counts 25 volumes strong over a run of over nine years, all by author Mie Takase, mixing a combination of original stories and direct game adaptations.They include quirks like original characters and Kirby talking, and have even been published in some countries outside Japan (not the US, though). And the latest novel is going to adapt… Kirby’s Dream Buffet? Which just released a few months ago and essentially has no plot. Huh. Okay.

The unofficially translated  (courtesy of DeepL) synopsis is as follows:

A gourmet festival has begun in Pop Star!

Kirby and his friends are excited to see the mountain of delicious sweets created by Pauline, the greatest witch in the galaxy, with a magic fork that grants wishes.

Kirby’s wish to eat more and more delicious sweets was granted by the magic fork!

Immediately, the bodies of Kirby, Dedede the Great, and Meta Knight become smaller and smaller, and they enter the mountain of sweets.

And so began the great race to eat the most candy as fast as possible for the title of Gourmet King! Who will be the winner?

Certainly sounds like a solid enough premise. And while I usually associate light novels with dull young men who get isekai’d to a fantasy RPG world where they suddenly have a bunch of hot babes, Kirby’s not that kind of series (though if that did happen to him, I guarantee it’d be more entertaining than Joe Schmoe #8947). We’ll have to see if this book and others ever get translated into English, though.